Having had some great response to our initial investigation into the creation of the 2-story-tall Titan touring Berlin this gaming season, we followed up with the makers at Daniel’s Wood Land. The second model – and perhaps the more popular here in the USA since it’s made several appearances stateside – is the “Reacher”. This model is a bit shorter than the other due to its aim: capturing pilots for photo opportunities.

This Titan’s model is Atlas, or “Assault”, as it were, otherwise known as the Titan you’ll have seen in essentially every Titanfall advertisement in existence. This “Atlas” name also works with the Turtle Beach headphones released this launch season for Titanfall addicts. 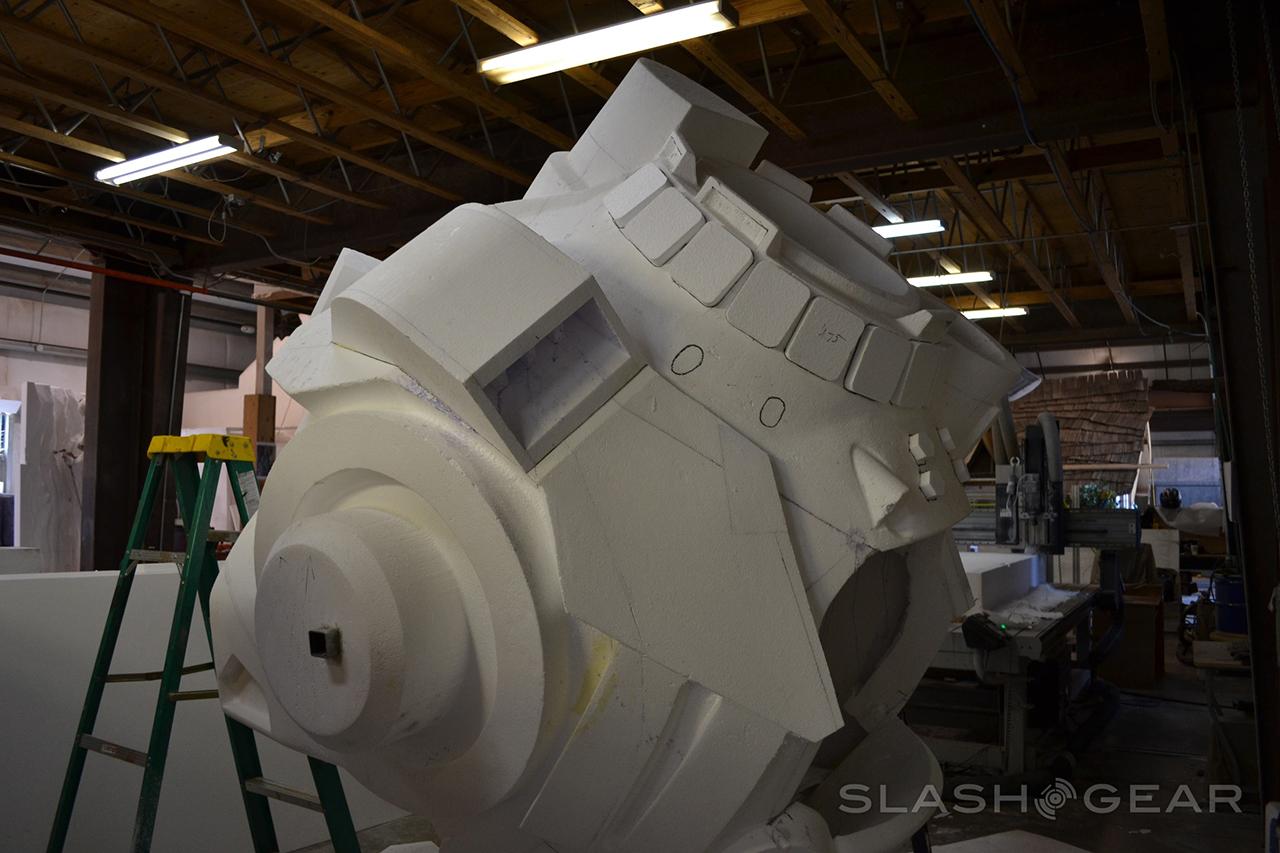 In the construction images you’re about to see, you’ll find that the “Reacher” model was constructed mainly of hard foam, metal, and a lovely set of paint layers to make this model final. Just like “Betty”, this model has another humanized code-name: “Jack.” 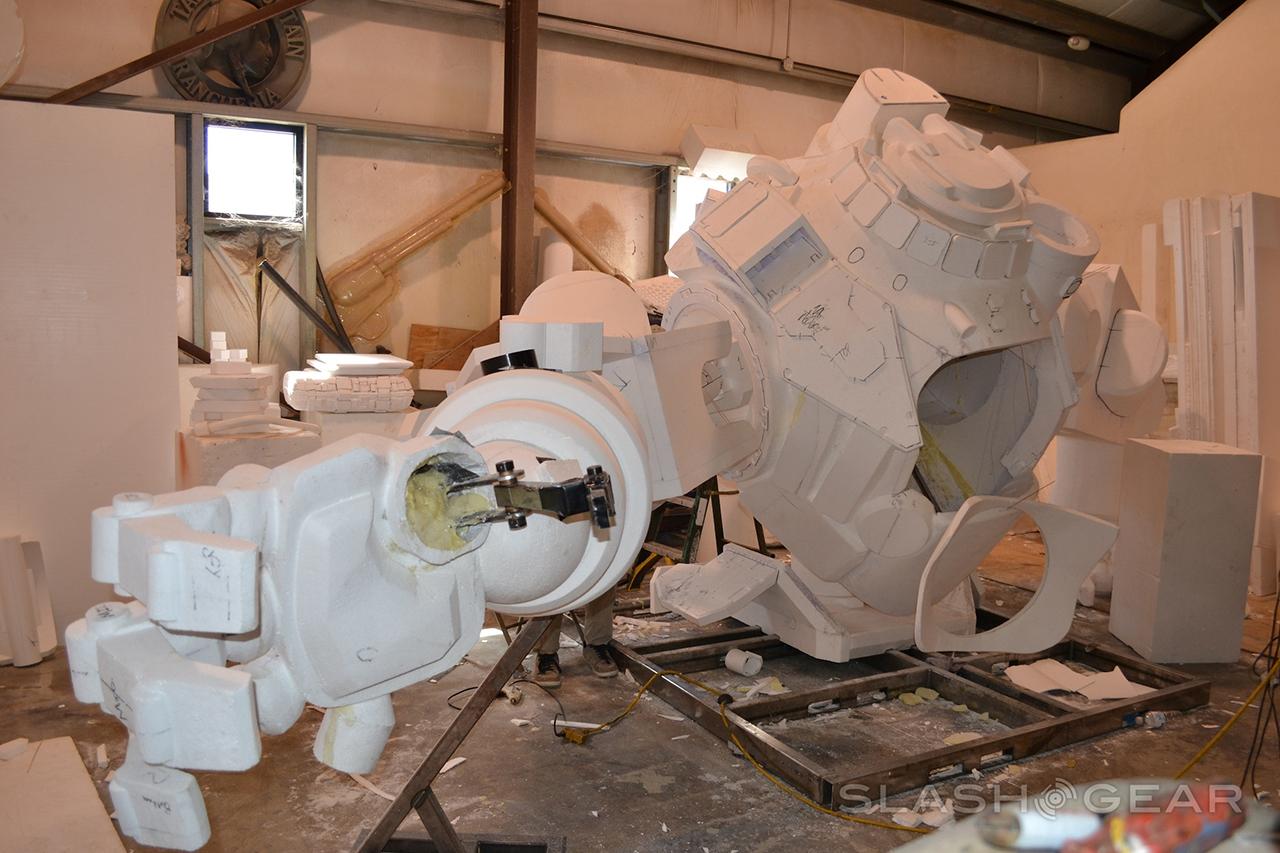 Jack made the rounds at E3 2013 and EB Expo 2013 in Australia, Gamestop Expo in Las Vegas, SXSW in Austin Texas, and PAX Prime in Seattle. Each of the images you see below come from the official @Titanfallgame Twitter account. 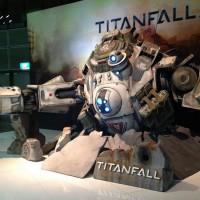 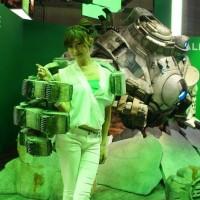 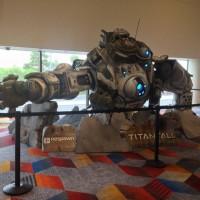 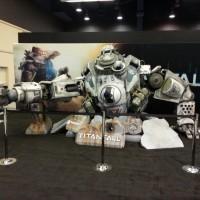 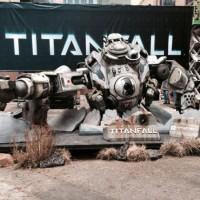 Theming Designer for Daniel’s Wood Land CJ Berg spoke with us again on the creation of this model. “Yes, we did create both,” said Berg, “Both of them had the same animatronic “eyes”. They are built the same way as the other pieces, cnc’d foam and hard coated.” 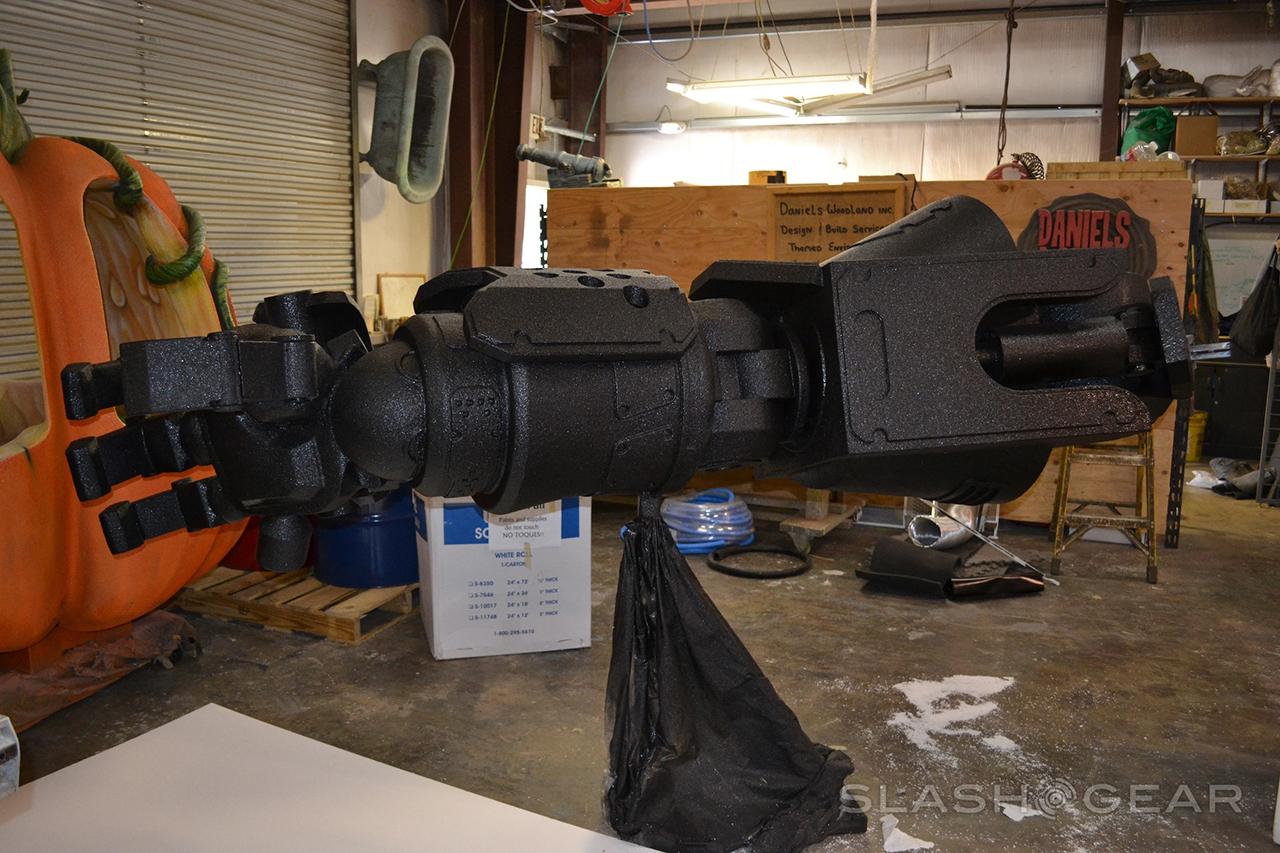 Hard coating (as seen above) reinforces the shape of the Titan’s arm here. This is especially important for this model given it’s final intent – working with real humans who wont be able to resist touching and feeling. 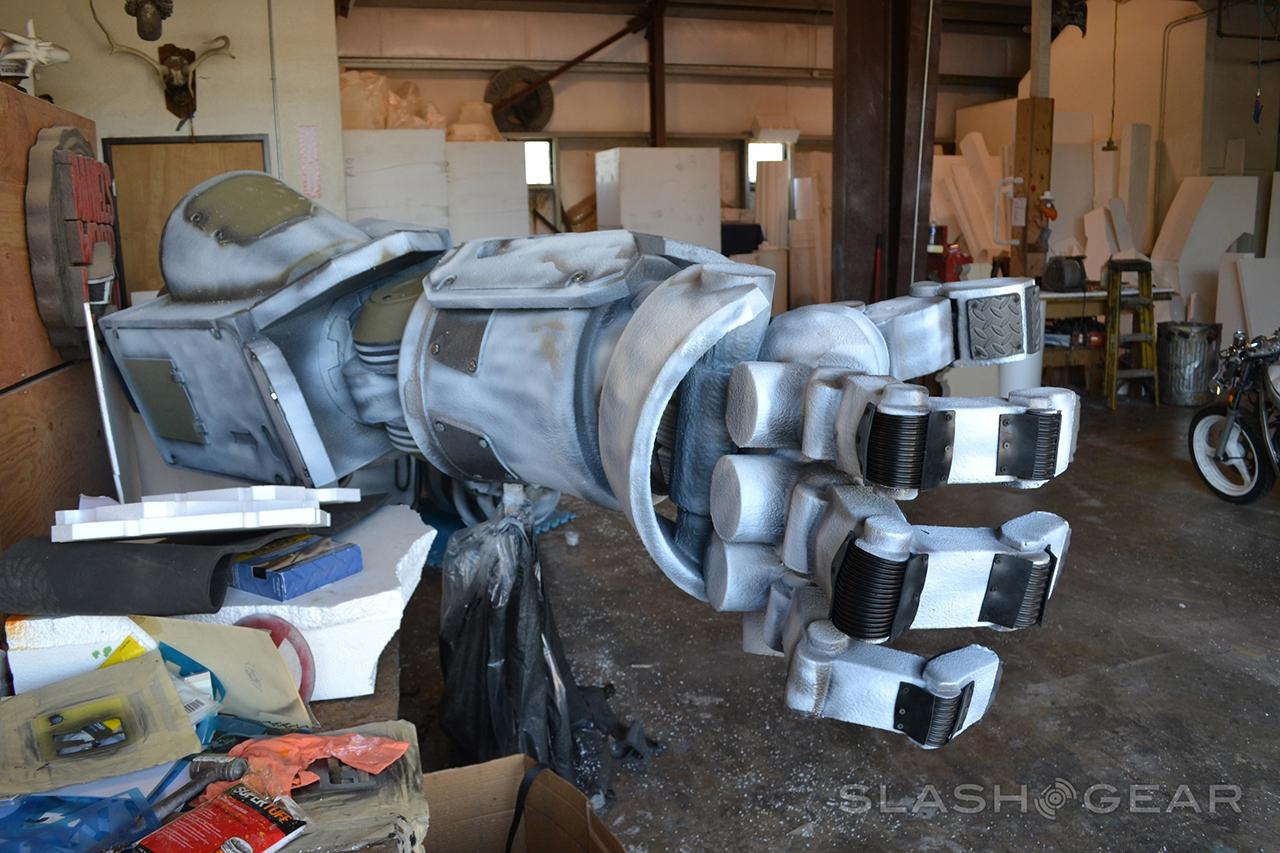 Above you’ll see the reaching hand of this Titan with final or near-final paint. As mentioned in our first Titanfall statue exploration, “Joel Emslie and a few artists from Respawn” helped detail the statues to make sure they were entirely authentic. 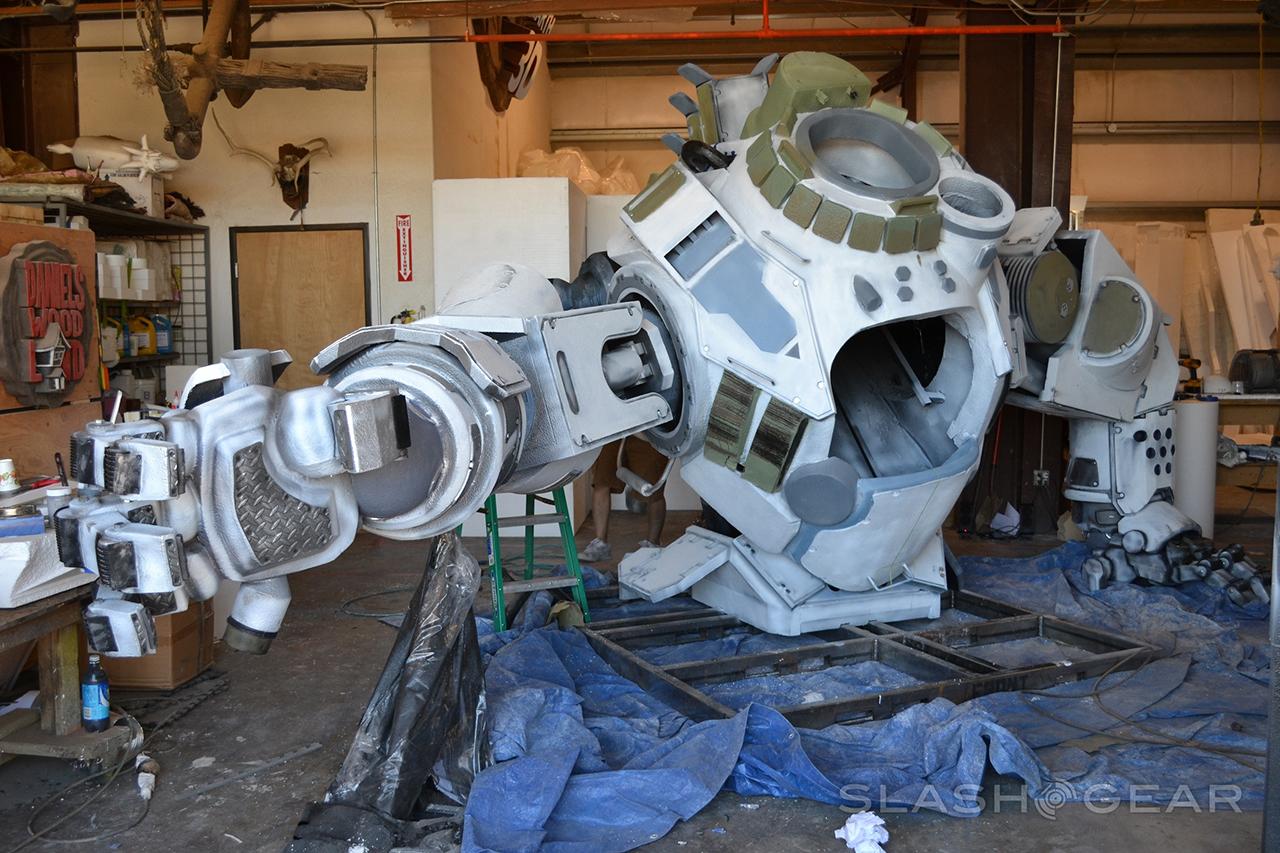 “We used LED lights and linear servos for the large eye, and standard heavy duty servos for the small one,” said Berg, “They are each controlled with animatronic show controllers.” 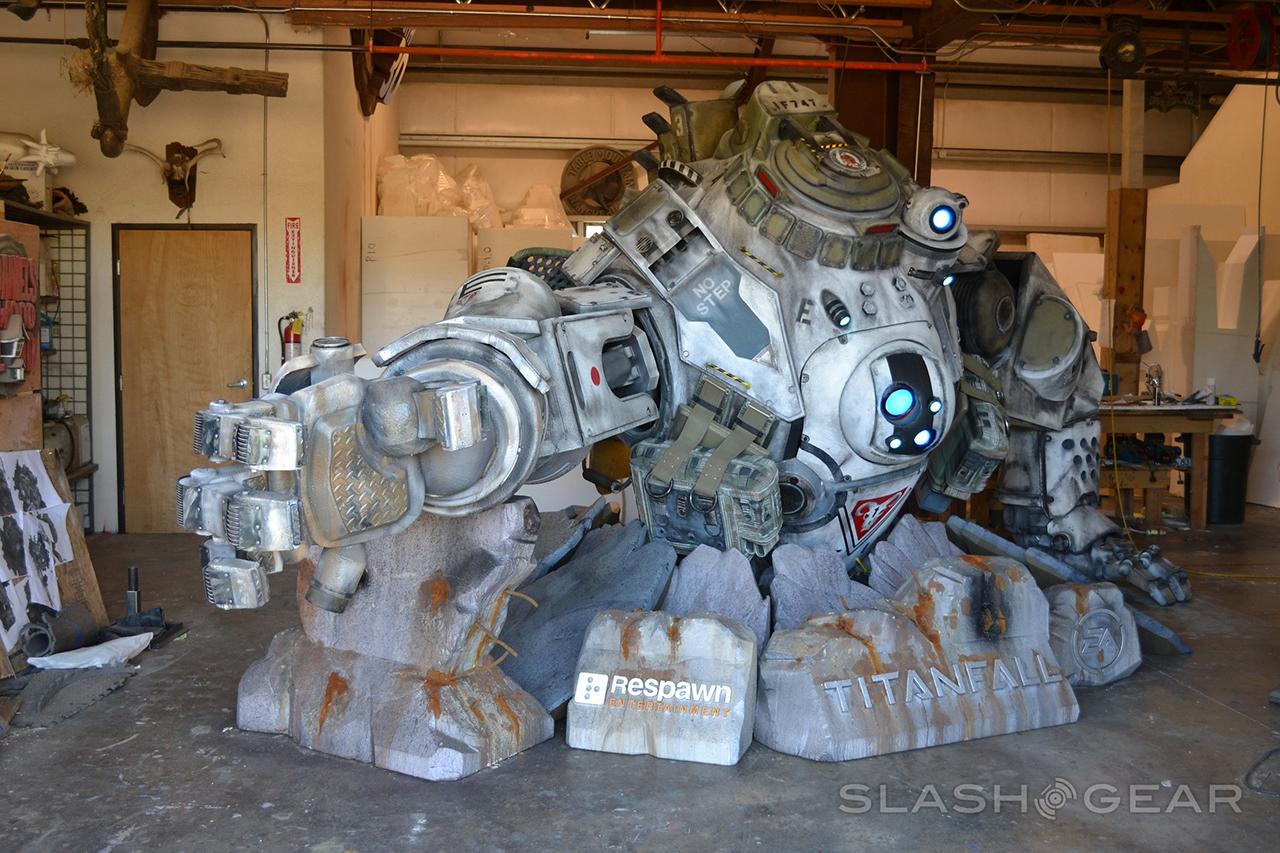 Have a peek above and below at the start-to-finish creation of this beast and stick around as we continue to cover Titanfall well into the future. We’ve got one beastly Titanfall Review prepared for you and more up-to-date news blips than you could possibly want in our Titanfall tag portal as well. 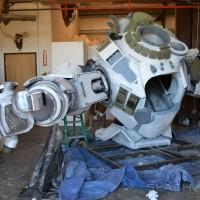 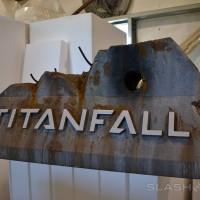 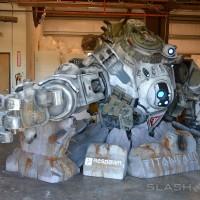 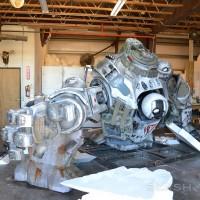 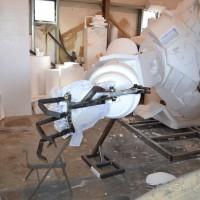 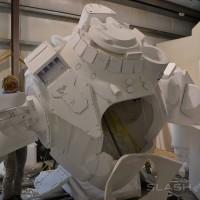 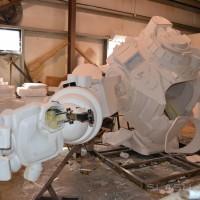 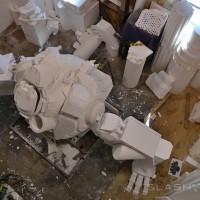 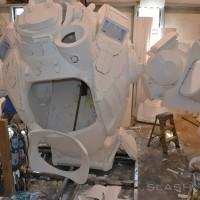 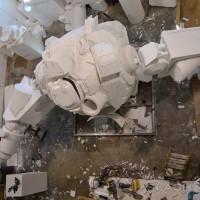 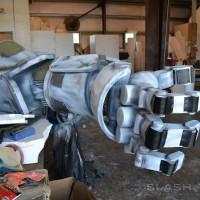 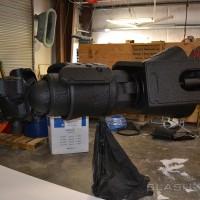