While it’s fairly clear that the toy group has quite a few sets ready to roll in test form here nearer Spring, this week it’s been made clear that K’NEX Titanfall toys will be released later this year. Revealed in full – save the release schedule – at Toy Fair all the way back on February 17th, 2014, the K’NEX crew are bringing on at least six sets to the market before the end of the year. These sets won’t just be all sticks and connectors, either.

For those of you that last played with K’NEX 10 or more years ago, things have changed significantly. The K’NEX brand has taken a page out of the LEGO book and licensed all manner of pop culture brands, creating as they do so a number of new shapes and unique pieces. This is not the K’NEX you remember from the 1990s. 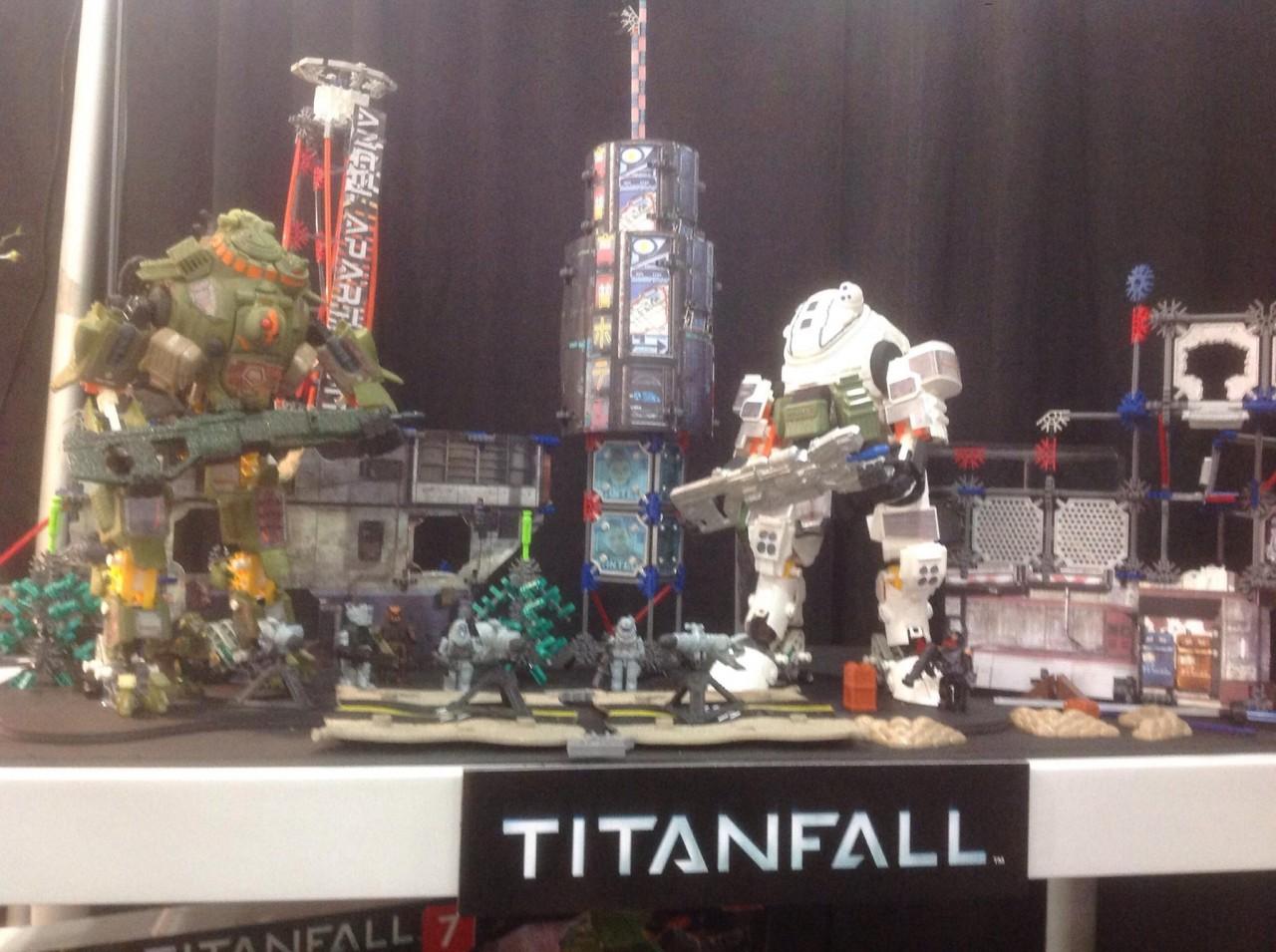 Above and below you’re seeing a number of sets, with photos from the official K’NEX Facebook page. It was there that they also showed off new sets from Super Mario Bros., Mario Kart, Angry Birds, Pac-Man, and KISS. 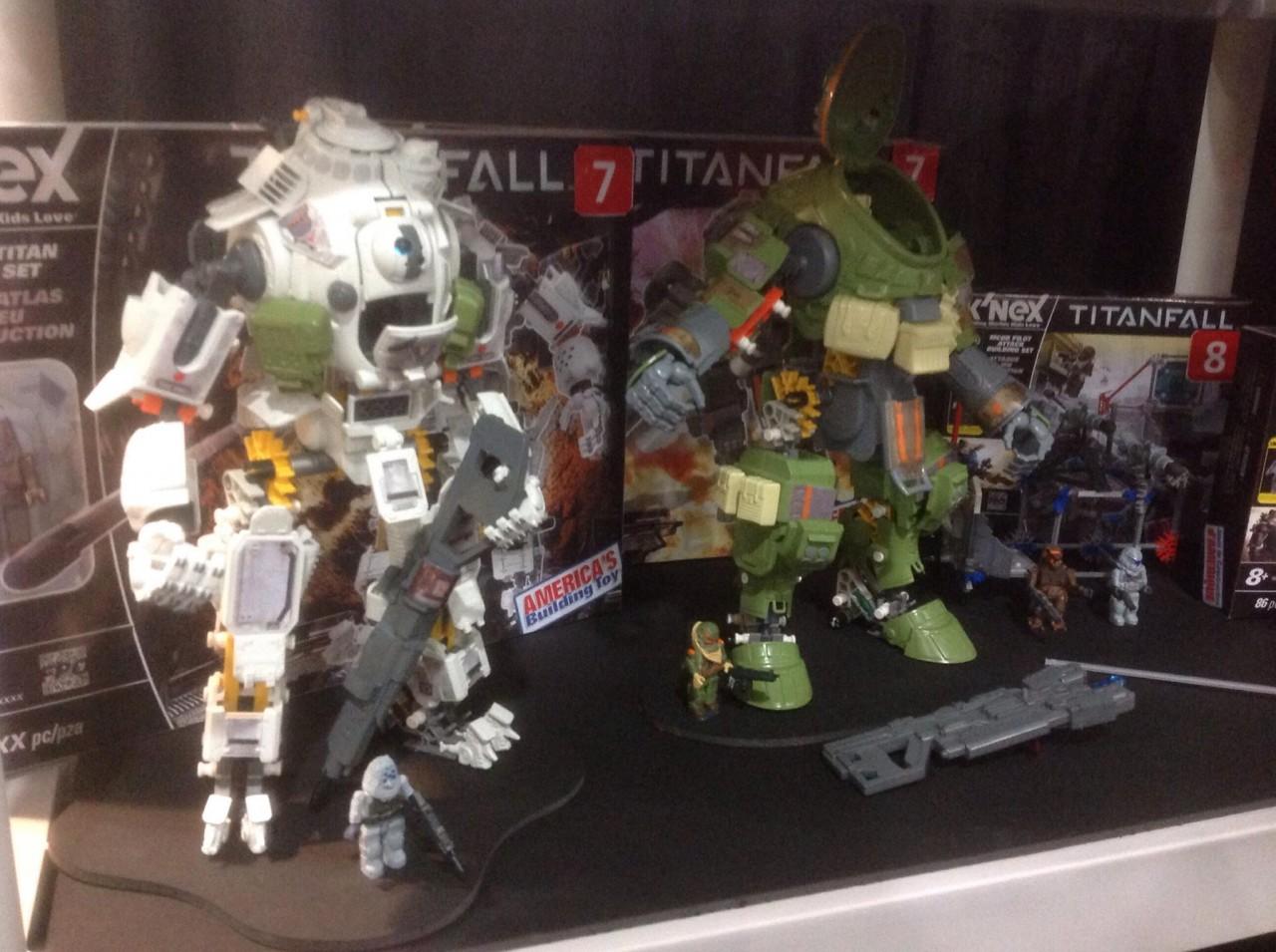 The set packages have been let loose today via Gamespot, here ringing in at everywhere from $13 USD to $45 USD. These sets will mostly be on the higher end of that range, incidentally.

Titanfall: IMC Pilot Strike – $13
Includes 80+ K’NEX pieces to create a building for your pilot to battle through.

Titanfall: MILITIA Pilot Attack Building Set – $13
Set includes 80+ K’NEX pieces that allow you to construct a small building for your pilot to battle through. 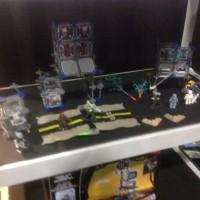 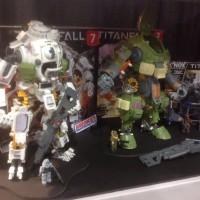 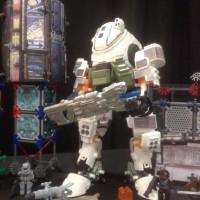 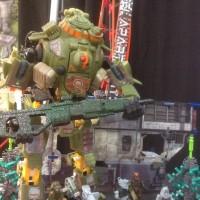 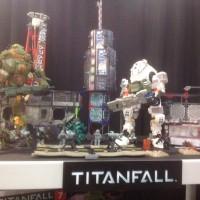 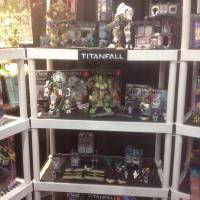 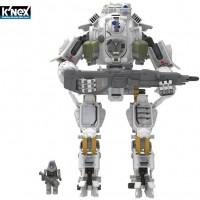 For those of you wondering what all the fuss is about: Titanfall is a multi-platform game released to Xbox One and PC this week, coming to Xbox 360 later this month. In this multiplayer-only title, users fight on foot and inside beastly machines called Titans. We’ve got one massive Titanfall Review for you to peek at as well.

Part of the draw to this game is the user’s ability to run up walls, double-jump using rocket packs, and perform amazing feats of acrobatics in leaping towards and into (or on top of) Titans. Here we’re getting the child-based element as well.

With kids toys based on high-action first-person shooters like HALO and the Battlefield series, it was only a matter of time before Titanfall jumped aboard. Two days is enough, we suppose. Or negative 30 days, if you count the toy show.