This week NVIDIA announced that the total number of CUDA downloads reached a whopping 3 million. Back in 2008, there were 150,000 downloads total. In 2015 there are 319 CUDA apps, far surpassing the number of apps back in 2008 – just 27. NVIDIA CEO and co-founder Jen-Hsun Huang made clear that he was proud of the graphics computing community, suggesting that the jump from 77 supercomputing teraflops back in 2008 to 54,000 supercomputing teraflops globally here in 2015 was a monumental jump. This comes to fruition with 450,000 Tesla GPUs in the world today as well.

In 2015, 800 universities are teaching GPU computing – many of them are making this push with NVIDIA GPUs, of course. 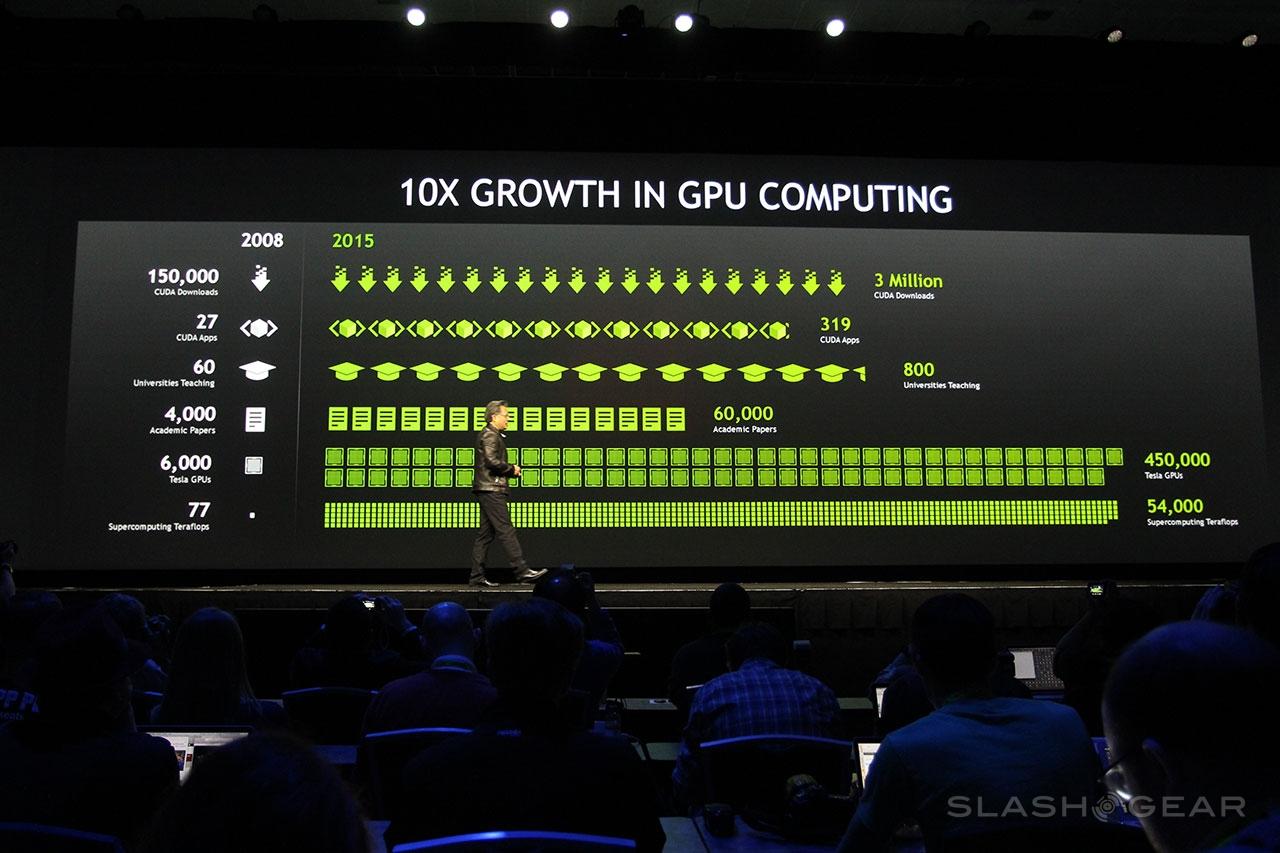 And what about the next generation in NVIDIA’s GPU family? This is Titan X. This device works with 8 billion transistors and 3,072 CUDA Cores. Just a few of these on the market should push that CUDA core count out there up by multitudes in just a few years.

This GPU will cost users $999 USD MSRP when it’s released.

Stick around SlashGear’s Gaming hub as well as our GTC 2015 tag portal for some amazing demos of next-generation graphics throughout the week!