Tile will use UWB tech to allow the Tile app to “see” Tile trackers with augmented reality. You’ll be able to hold your phone up and see where the Tile Ultra is in 3D space. If you have a Tile Ultra attached to your keys and your keys were thrown up to the third level of your cupboard, you’ll be able to see which shelf they’re on, rather than just seeing that they’re nearby. 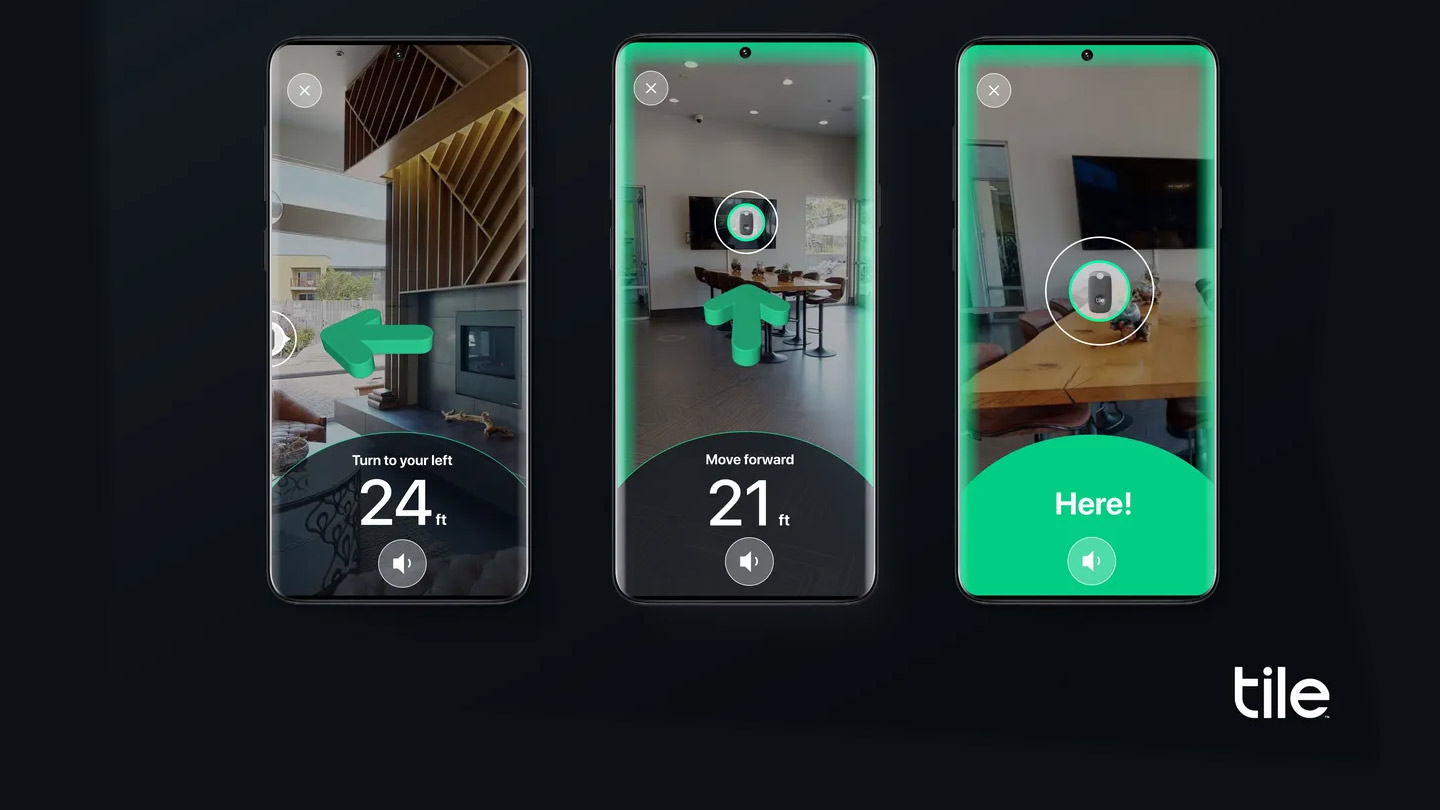 It would appear that the launch timing for this product is set for early 2022 due to availability of compatibility with iOS 15. That software, having been launched here at the tail end of 2021, will give developers the opportunity to use UWB tech with iOS 15 devices, so long as said devices have the ability to process UWB signals.

The Tile Ultra does not yet have a price or an exact release date. It’s highly likely Tile will reveal both some time after the start of the new year. It’ll be interesting to see if any other companies are able to kick out their own UWB Bluetooth trackers with both iOS and Android compatibility before then.

Tile will also get new versions of each of their hero devices, including the Tile Pro, Tile Mate, Tile Slim, and Tile Sticker. The new Tile Pro will come in white or black with a 1-year battery life (with a replaceable battery) and a Bluetooth range up to 400 feet. This device has the loudest volume speaker of the whole collection.