So as not to make it seem like this shark-eats-bird situation is completely out of left field, I should mention that this shark species is a garbage eater. The tiger shark is not particularly picky about what it happens to find to eat when it is hungry.

The tiger shark has been known to eat basically anything it can chomp its jaws on – fish, turtles, other sharks, dolphins, and actual, real-life garbage. If we take a peek at the International Media Services document “Fact Sheet: Tiger Sharks” by Dr. Erich K. Ritter, we get an interesting list of foods that tiger sharks are known to have eaten.

The largest tiger sharks (the sort that eat body parts) have bodies longer than a human is tall. The tiger sharks in the study published this week in Ecological Society of America’s The Scientific Naturalist studied sharks around 3-feet long. These tiny monsters were found to have eaten birds. 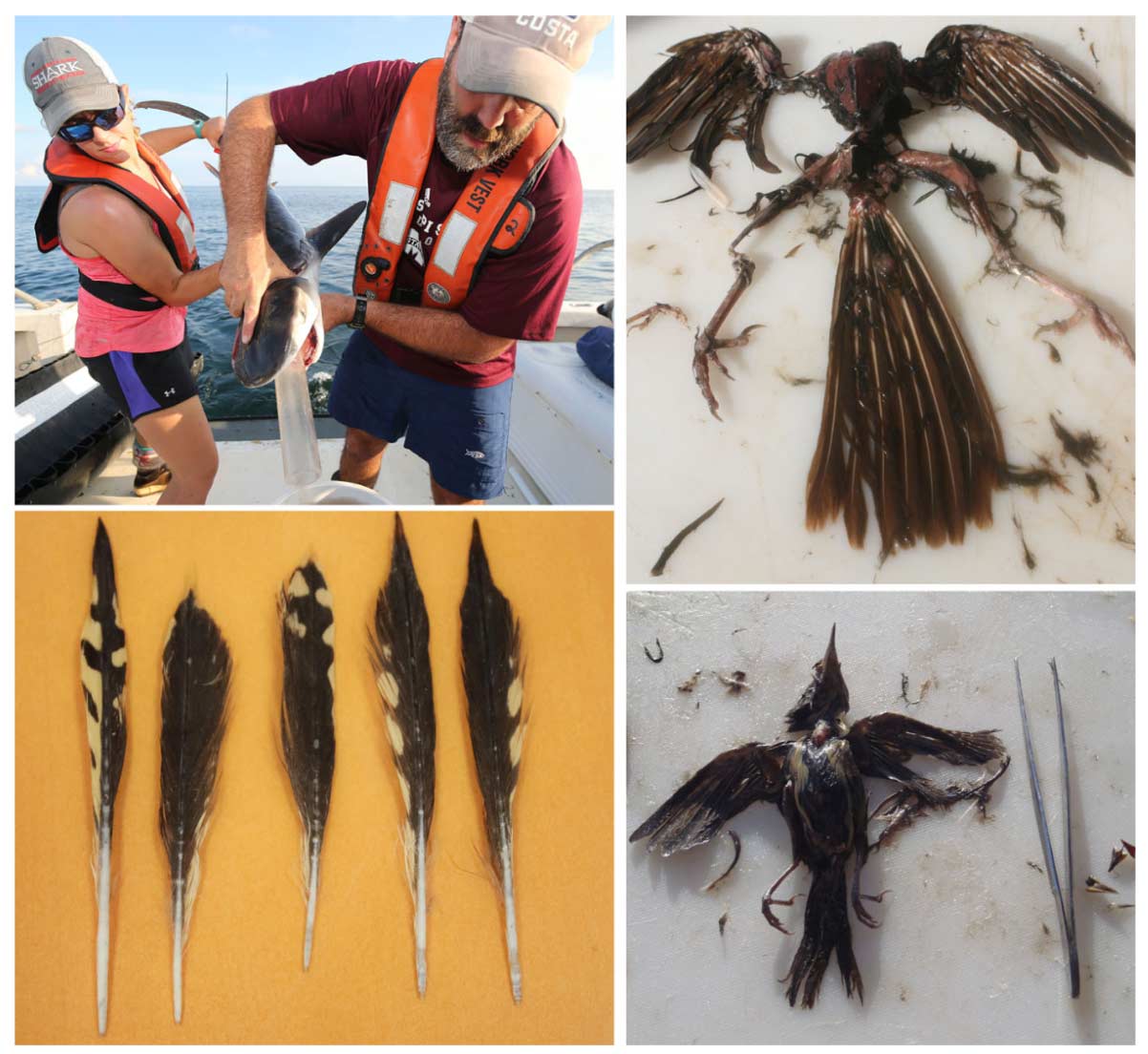 Over the course of the study published this week, researchers studied the contents of the stomachs of 105 tiger sharks. These sharks were found (and not harmed whatsoever, apparently) from 2010 to 2018. Every year (with the exception of 2014 for some unknown reason) they found tigers with bird body parts in their stomaches.

The birds identified above were the only birds they could identify conclusively. There were a whole lot of other birds in the mix over the years, but no more identifiable than what’s covered above. None of the conclusively identified birds were “marine birds” as such.

Researchers in this study worked with migration patterns of each of the conclusively identified birds. Each of the bird migration patterns seemed to align with “individual shark-bird interactions.” In other words, these feedings aren’t random happenstance. These sharks see these birds migrate past their feeding grounds and, you know, eat them when they get the chance.

The research showed that the movements of these sharks during the year might well correlate with the migration patterns of the birds they eat. The research posits the following: “For these facultative scavengers, a windfall of nutrients from the sky may explain the elevated occurrence of neonate tiger sharks in the northern Gulf of Mexico.”

Information above came in part from the study entitled “Tiger sharks eat songbirds: scavenging a windfall of nutrients from the sky” as published by The Scientific Naturalist, part of the Ecological Society of America. This paper was authored by J.M. Drymon, K. Feldheim, A.M.V. Fournier, E.A. Seubert, A.E. Jefferson, A.M. Kroetz, and S.P. Powers. You can read more about the subject with the paper’s DOI:10.1002/ecy.2728 as published on May 21st, 2019.