This startup plans to bring the woolly mammoth back from extinction

Cutting-edge genetic engineering techniques aim to bring back the woolly mammoth, with a new startup promising that the long-extinct beast could be reborn in as few as six years. Colossal, emerging from stealth today, aims to tap CRISPR technology to restore the mammoth to the Arctic tundra, as a dramatic demonstration of how such an approach could help preserve critically endangered species.

It’s fair to say that the mammoth has been absent from the Arctic for some time, now. Living during the Pleistocene era, and then going extinct in the Holocene epoch, it was the last in the line of the mammoth, the final examples believed to have died out around 4,000 years ago.

The availability of genetic remains, though, has made the woolly mammoth a popular target for genetic research. Back in 2015, the genome of the species was fully sequenced, paving the way to suggestions that scientists could one day restore it to life. In 2017, some even suggested that lab-made embryos could be produced before the end of the 2010s.

Now, though, startup Colossal is aiming to actually deliver that. Founded by technology and software entrepreneur Ben Lamm along with geneticist and biotech entrepreneur George Church, the company will spearhead using CRISPR genetic engineering technologies to both restore extinct species and stabilize those which survive – but are threatened – today. 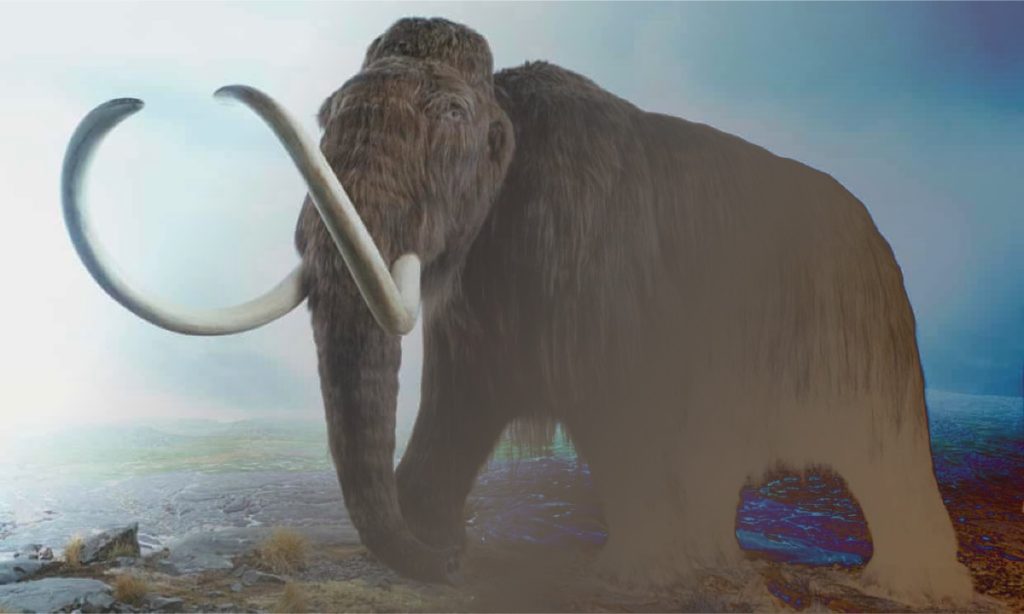 “In addition to bringing back ancient extinct species like the woolly mammoth,” Lamm, who is CEO of Colossal, explains, “we will be able to leverage our technologies to help preserve critically endangered species that are on the verge of extinction and restore animals where humankind had a hand in their demise.”

CRISPR – or “clustered regularly interspaced short palindromic repeats” – gene editing promises to make genetic modification far more straightforward and affordable than other biotech approaches. Since it was developed, it has led to suggestions that the techniques might one day excise cancer and other diseases from humans; be used to create new medications; and establish more resilient and productive agricultural products.

While approaches vary, effectively chunks of the DNA sequence are broken apart, and then alternative DNA is introduced. However, the potential for irreversible changes to the genome – and moral questions about human embryo editing – have overshadowed some fo the research and its potential applications.

Colossal will have an advisory board with – among others – “leaders in bioethics” included. It’ll also focus on animals rather than humans. Though it has exclusively licensed the Church Lab’s existing work with Harvard to commercialize their CRISPR approach, that excludes use of those technologies in humans.

Currently, there’s around $15 million in startup funding, though Colossal says that doesn’t exhaust the extent of early interest. The company will undertake genetic modifications of the Asian elephant – similar in its genome to the wooly mammoth – to create a new “elephant-mammoth hybrid that is genetically engineered with traits to help it survive in the Arctic.”

Unlike Jurassic Park, the goal here isn’t to make a spectacle out of a formerly-extinct species. Instead, Colossal’s founders argue, there are legitimate environmental reasons why Earth could benefit from the return of the woolly mammoth. In particular, restoring extinct species to their original habitats could trigger a resurgence in those areas.

“Restoring the woolly mammoth has the potential to revitalize the Arctic grasslands,” Colossal says, “which has major climate change-combatting properties including carbon sequestering, methane suppression and light reflection.”

Meanwhile, the same techniques could be used in future to stabilize threatened species that haven’t yet slipped into extinction.