This SNES Classic wireless gamepad brings back the TURBO button

With an excellent library and a pretty decent price point, the SNES Classic Edition definitely has a lot going for it. Absent from that list of great things are suitably long controller cables, which was also a problem with its NES-flavored predecessor. Though you’d think Nintendo would have gotten the memo by now, it still shipped the SNES Classic Edition with controller cables that are entirely too short.

From an aesthetic standpoint, the Super Gamepad has a fair amount in common with the standard SNES controller. We see a pair of grips added to the bottom of the controller to increase comfort while playing, along with a pair of trigger buttons that aren’t present in its standard counterpart. The controller also features turbo functionality that works with any of the action buttons, along with a home button that you can use to easily return to the games browser. 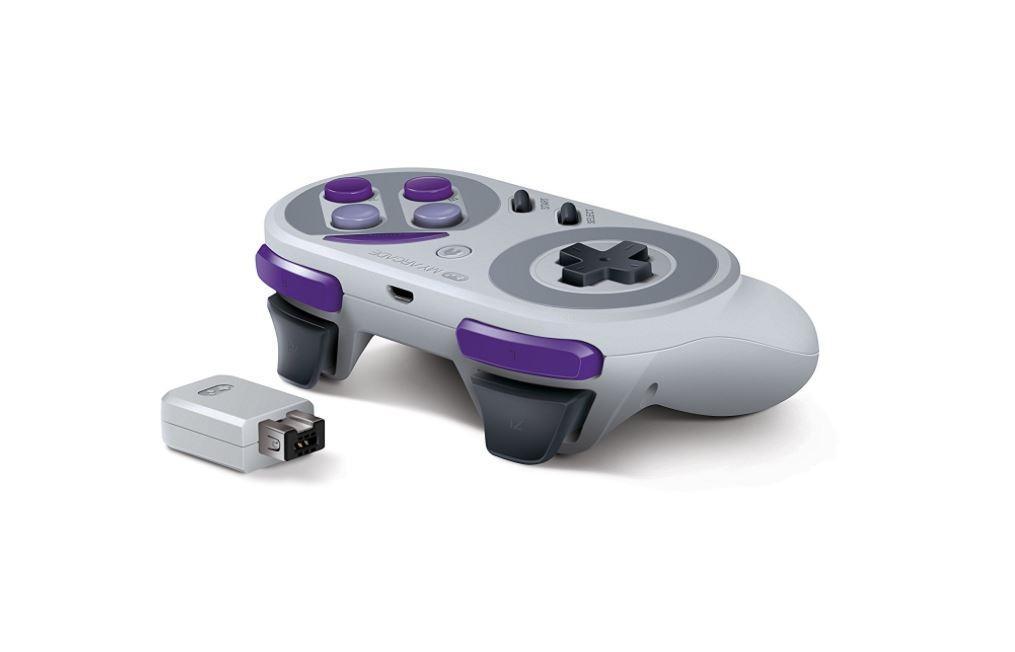 That home button is definitely the most important feature aside from wireless functionality. As it is, the only way to get back to the games browser on the SNES Classic Edition is to hit the reset button on the console itself, which can be a major pain when you’re sitting on the other side of the room. Between wireless support and that home button, the Super Gamepad fixes a lot of the problems with the SNES Classic.

Because the wireless receiver uses a familiar Wii Classic Controller connector, the Super Gamepad is compatible with both the NES and SNES Classics, along with Virtual Console games on the Wii and Wii U. It’s available today from Amazon for $24.99, which isn’t too bad compared to the cost of some other wireless controllers out there.