This robot is furious and we don’t know why

This BUDDY robot we’re about to tell you about was found at CES 2016 appearing to scurry around with a terrifying, sobbing face. That was when we first saw it. We later realized it was probably mad, maybe a little bit annoyed. He, if we’re going to be so presumptuous as to give it a gender, seemed to be angered by the fact that he had to roll around the floor while his cohort, another robot, was allowed to sit on the table.

The one on the table was happy.

The BUDDY robot comes from a company called Blue Frog Robotics – as if this situation weren’t strange enough already. The robot itself works with a variety of sensors inside, a set of three wheels to get around, and an embeddable tablet for a face. This robot is meant to be your family pet, a guard for your home, a nanny, and whatever other odd thing you want it to represent. 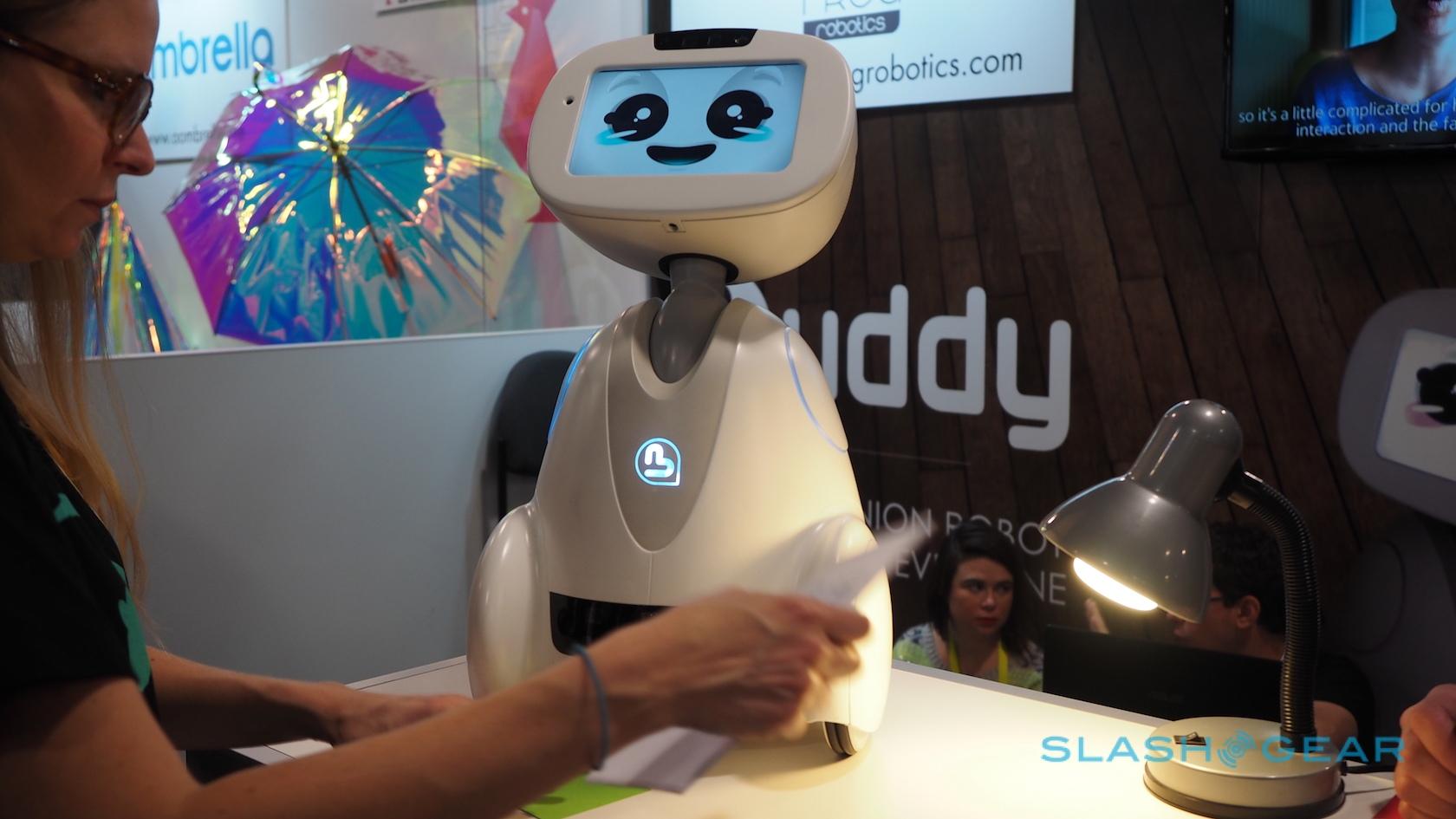 While you’re outside your home, Buddy will patrol the halls and alert you if any suspicious movement is detected.

He’ll send you a notification on your phone. 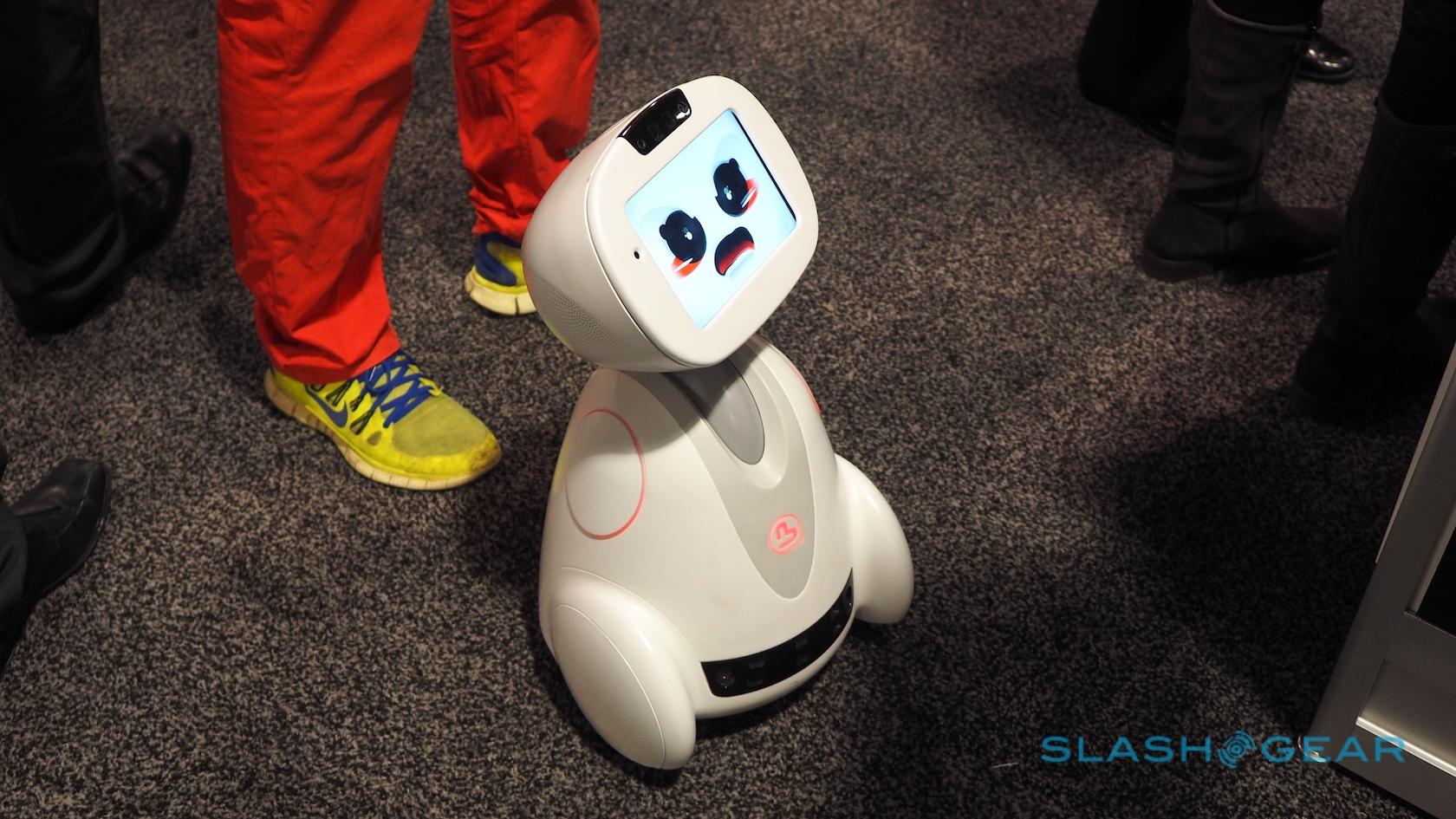 The tablet that acts as Buddy’s face allows you to use the robot as a video phone. This same tablet allows the robot to play games with children. 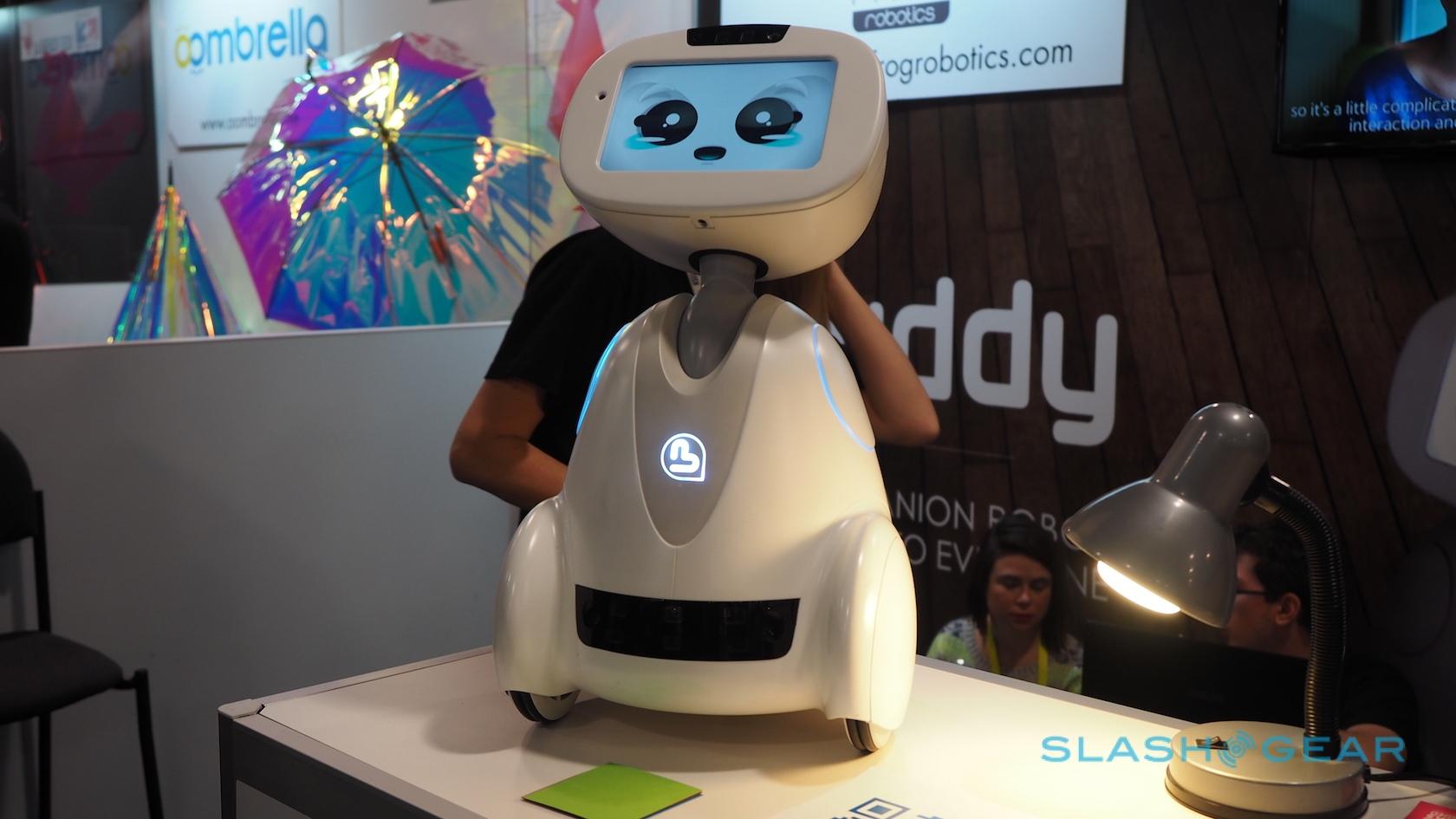 If you tell Buddy some tasks you’re going to have to remember, he’ll roll over to you when the time is right and remind you. He’s a personal assistant like that. 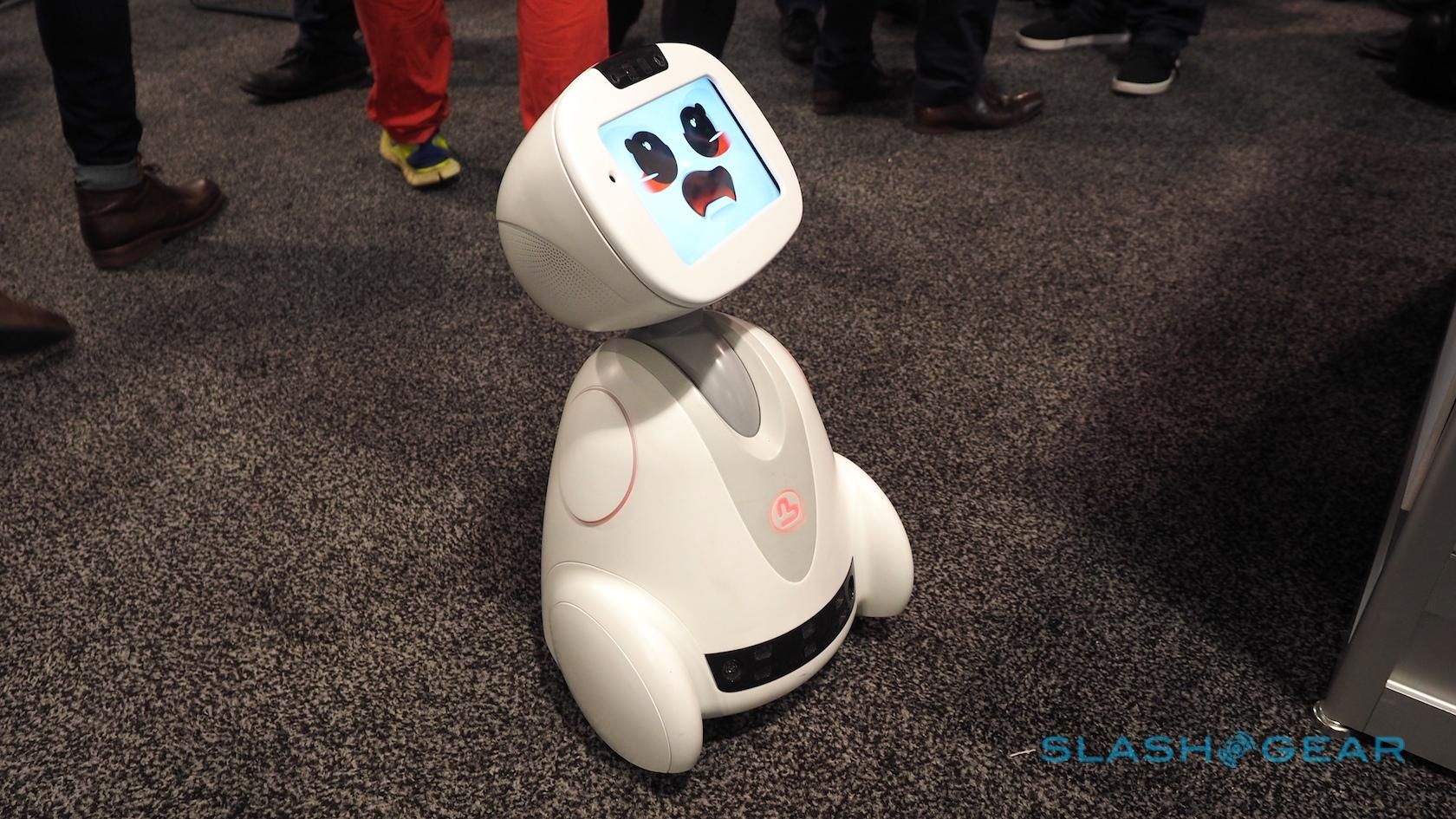 In the future, Buddy will be able to do more as he has his very own accessories slot ready to expand with. For now he’s just mostly cute and friendly. 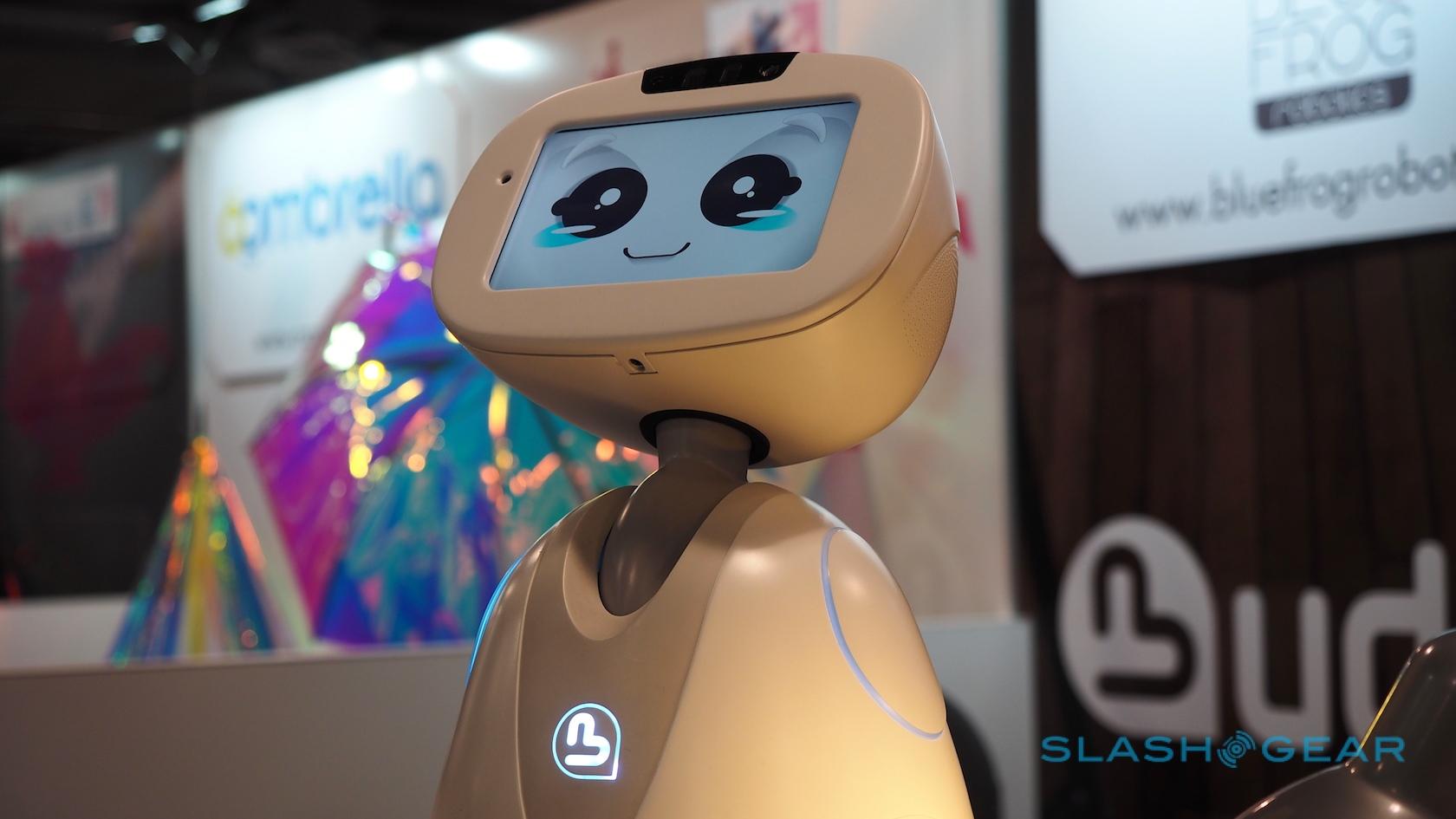 And we never did find out why he was so mad, for real. 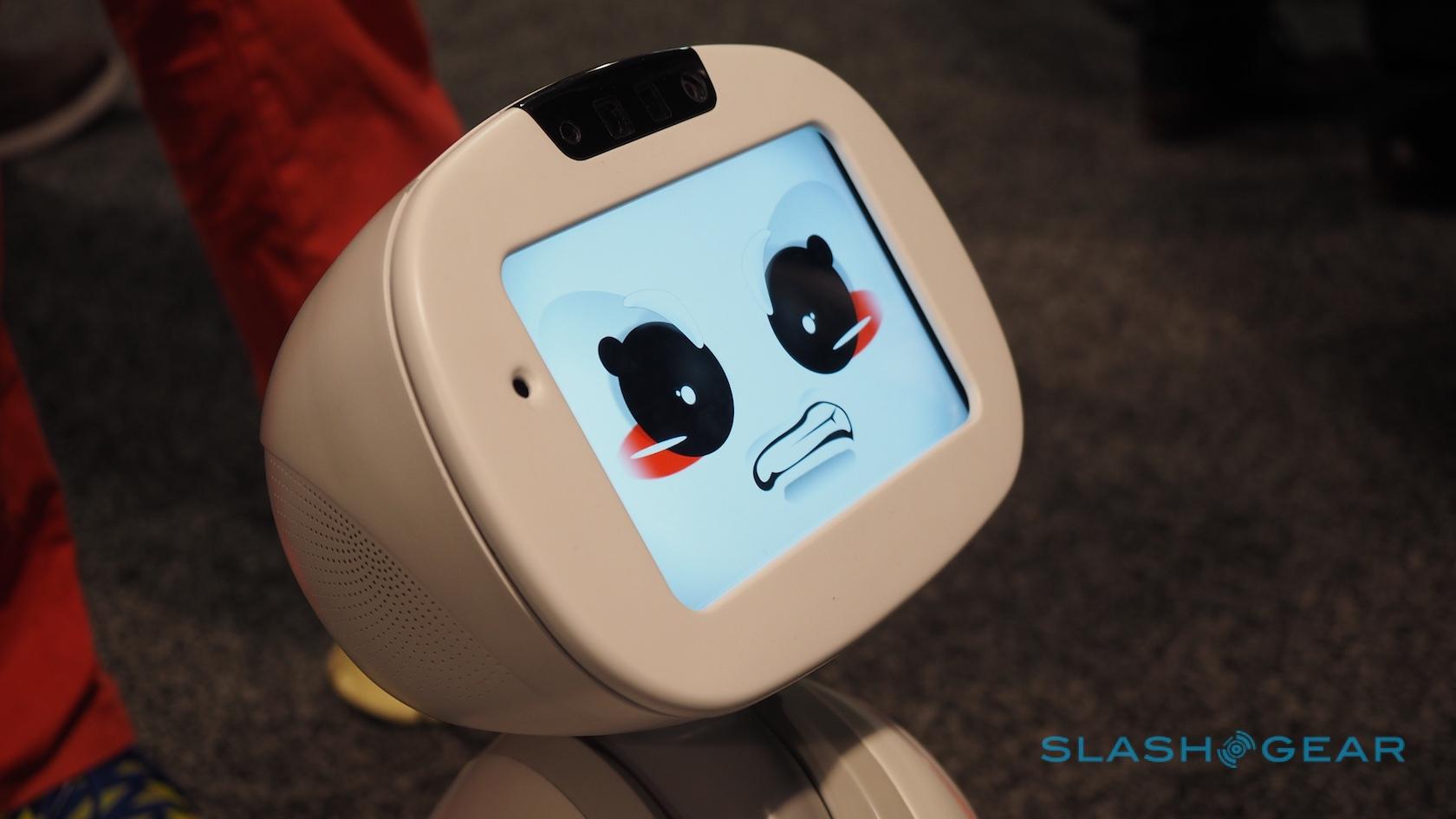