BUDDY robot is your family pet, guard, nanny, and more

Did Softbank’s hot selling Pepper robot leave you yearning for some robot love? The BUDDY might be a fit for your. Sure, he (or it) may not be as emotionally mature as Pepper, or anthropomorphic for that matter, but BUDDY is poised to be more functional and therefore more useful at home. Almost like the perfect butler, BUDDY can perform many tasks like waking each family member up, guarding the hose when everyone is away, turn off smart appliances, or even play with your kids.

A robot on three wheels with no hands, BUDDY’s interaction mostly revolves around voice and image recognition, with its face and voice as its primary feedback mechanism. It’s not as smart as Pepper when it comes to detecting emotions, but it can, for example, detect abnormal conditions while it’s on patrol mode or automatically turn off unused appliances, provided they can be controlled through Wi-Fi.

BUDDY is also like your smartphone on wheels. It can take and make calls and messages, play your favorite tunes, or even do video calls. It can play games to keep kids entertained but it also can take care of the elderly, reminding them of medication or detecting accidents. 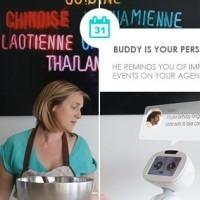 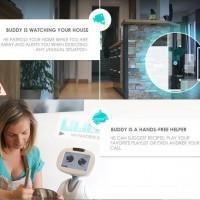 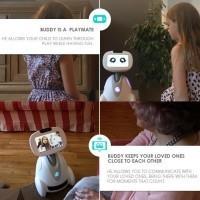 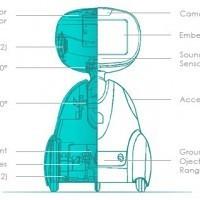 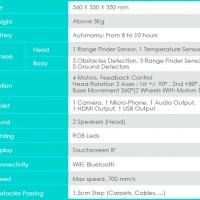 Sounds too good to be true? Well, BUDDY isn’t a finished product yet. It’s currently on Indiegogo seeking funds to put the robot in production. The campaign has just passed its $100,000 goal, so at least that part is guaranteed. Being able to ship on May 2016, however, is a different question. If you are interested, a $649 pledge will get you the base robot while a $749 contribution adds the SDK into the package.