A further 18 Earth-sized exoplanets have been spotted, hidden in NASA Kepler data, at least one of which could well support life researchers say. New algorithms were applied to data gathered by the Kepler Space Telescope, unlocking fresh discoveries despite the spacecraft itself being retired in 2018.

Kepler’s mission was deceptively simple. Launched in early 2009, the orbiting space telescope was to look out at the Milky Way and potentially catch sight of so-called exoplanets similar in size to Earth. These planets outside of our Solar System could be the best candidates for supporting the development of life, particularly when they are in the so-called habitable zone in relation to their star.

Though operating for almost three times as long as the mission originally intended, by October 2018 the reaction control system that powered Kepler had run out of fuel. During its lifespan it had monitored the brightness of roughly 150,000 main sequence stars at a time, generating a huge quantity of data. Over the course of nine years and seven months, Kepler watched for exoplanet possibilities around more than half a million stars.

Actually identifying an exoplanet is more difficult than you might expect, though, especially considering the distances involved. The methodology behind the processing of Kepler’s data was to watch out for localized dimming. That’s the result of an exoplanet crossing in front of its star, and thus momentarily reducing the amount of light that the space telescope’s instrumentation would observe. 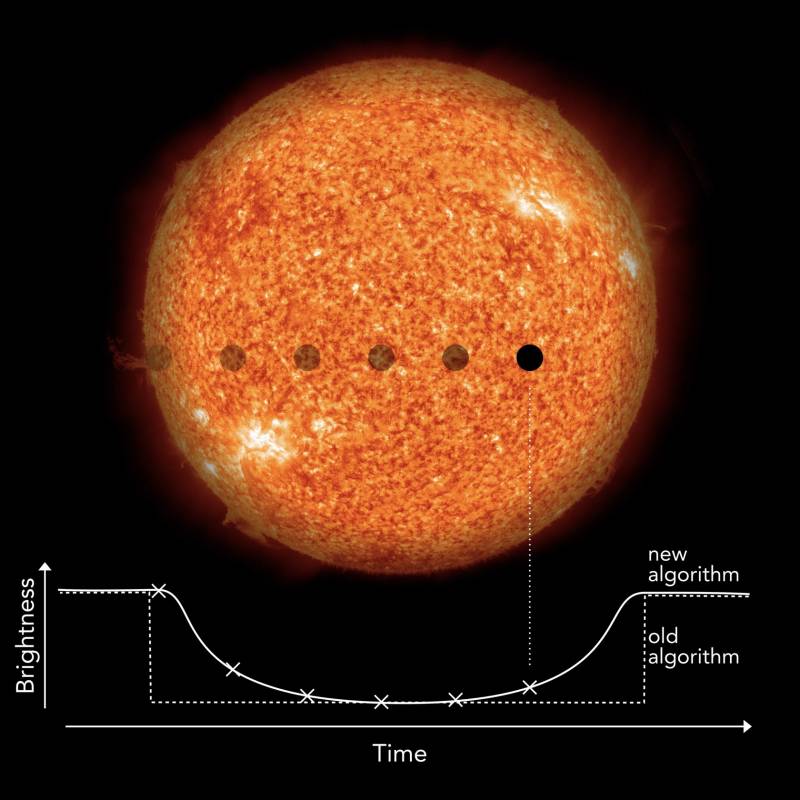 It’s refinement of the algorithms used to process that data set which has led to this new discovery. Scientists at the Max Planck Institute for Solar System Research (MPS), the Georg August University of Göttingen, and the Sonneberg Observatory re-analyzed portions of Kepler data, putting into play a new and more sensitive method they had developed. This 18 new exoplanets, they suggest, could be the first of more than 100 candidates teased out of the existing data.

The refined algorithm takes into account the realities of light dimming when a planet moves in front of a star. Blunter methods look for sudden drops in brightness, but that ignores transitions in light depending on where in relation to the star the potential exoplanet is.

According to Dr René Heller, from MPS, “a stellar disk appears slightly darker at the edge than in the center. When a planet moves in front of a star, it therefore initially blocks less starlight than at the mid-time of the transit. The maximum dimming of the star occurs in the center of the transit just before the star becomes gradually brighter again.”

After applying the new algorithm to a cache of 517 star data from the second phase of Kepler’s mission, the researchers were able to identify typically smaller exoplanets missed by the first pass of processing. Of the eighteen, just one is in the habitable zone. Dubbed EPIC 201497682.03, it’s not only Earth-sized but is just the right distance from its red dwarf star to potentially lead to liquid water being found on the surface.

There are still plenty of “what-ifs” to be addressed, however a follow-up to Kepler is in the pipeline. The PLATO mission is due to launch in 2026, a European Space Agency project that will also go hunting for multi-planet systems around Sun-like stars. The researchers say that their new algorithms could not only be used to continue reassessing existing Kepler data, but turned to new PLATO findings as the hunt for possible alien life – or planets that one day could even support mankind – continues.