The JBL SoundBoost 2 Moto Mod makes the Moto Z2 Play downright thick. I’d laid hands on a few Moto Mods before and I’d even used the Moto Z for a while when it was first revealed. But until now, I’d not been convinced that Motorola’s implementation of a modular smartphone accessory system was worth the effort. With the release of the second wave of Moto Mods with the Moto Z2 and the Moto Z2 Play, I’ve seen the light. And it comes from the speaker masters at JBL.

With the Moto Z2 Play there’s a really, really nice smartphone that’s above and beyond what I’d expect at this price. For $408 comes a smartphone that – if it weren’t only on Verizon – could be a real threat to the price structure of the OnePlus 5. At the moment though, they’re attacking different markets – giving the side-eye to one another as they do so. 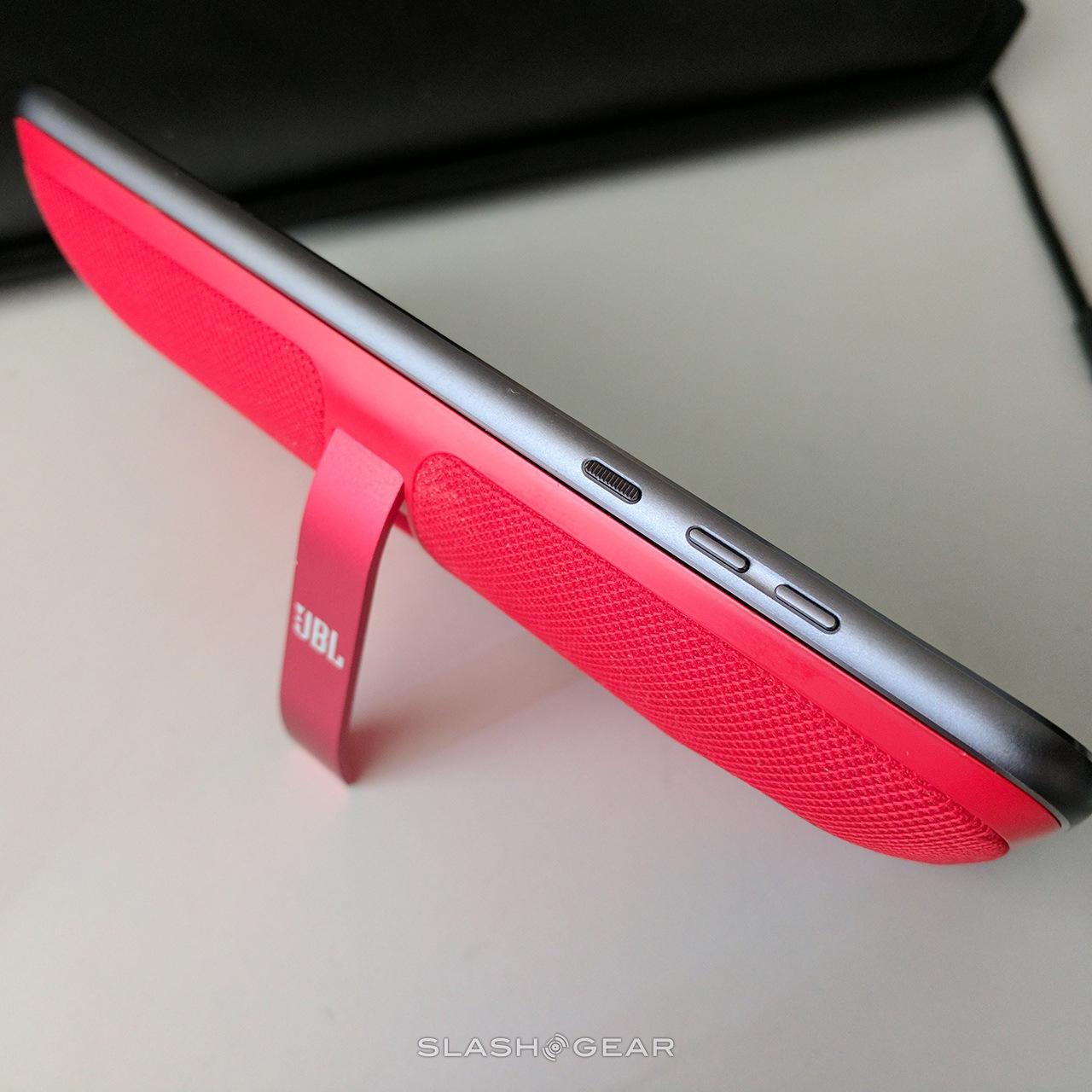 This speaker has deeper, louder, and more full sound than any smartphone on the market. Because it isn’t relegated to the size of a super-thin smartphone, the speakers can ring true. Of course – it better – since it’s not actually the smartphone itself that’s doing the blasting. Inside this accessory is a pair of 27mm speakers blasting 80 dBSPL @ 0.5m and 6W of speaker power. Have a peek at the specs here: 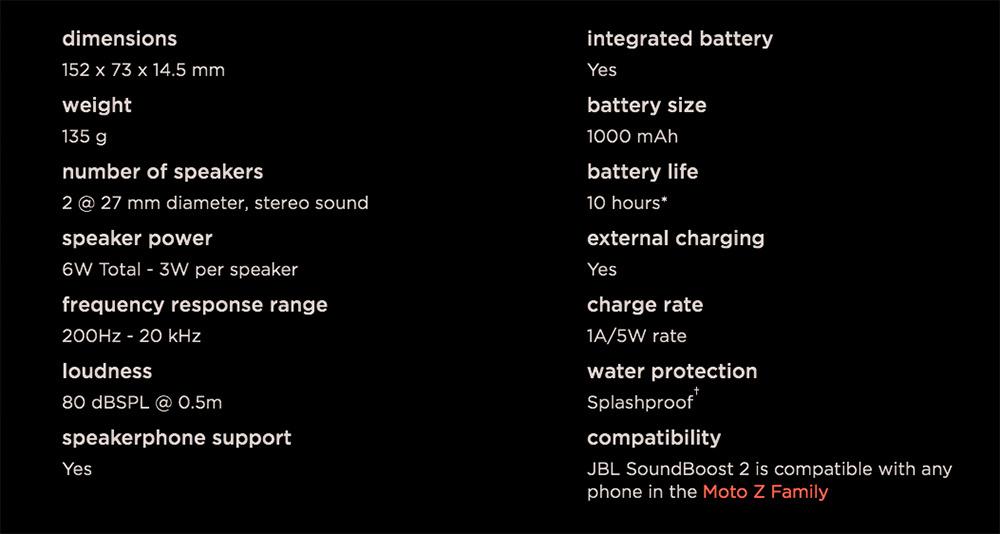 There’s an app that goes with the speaker which allows levels to be adjusted. The interface of this app is super simple and gives the user a choice of pre-set levels with basic music categorizations attached to them. It’d be nice to be able to adjust levels one-by-one, but as I did not expect to get the app in the first place, it’s quite nice to have as is. 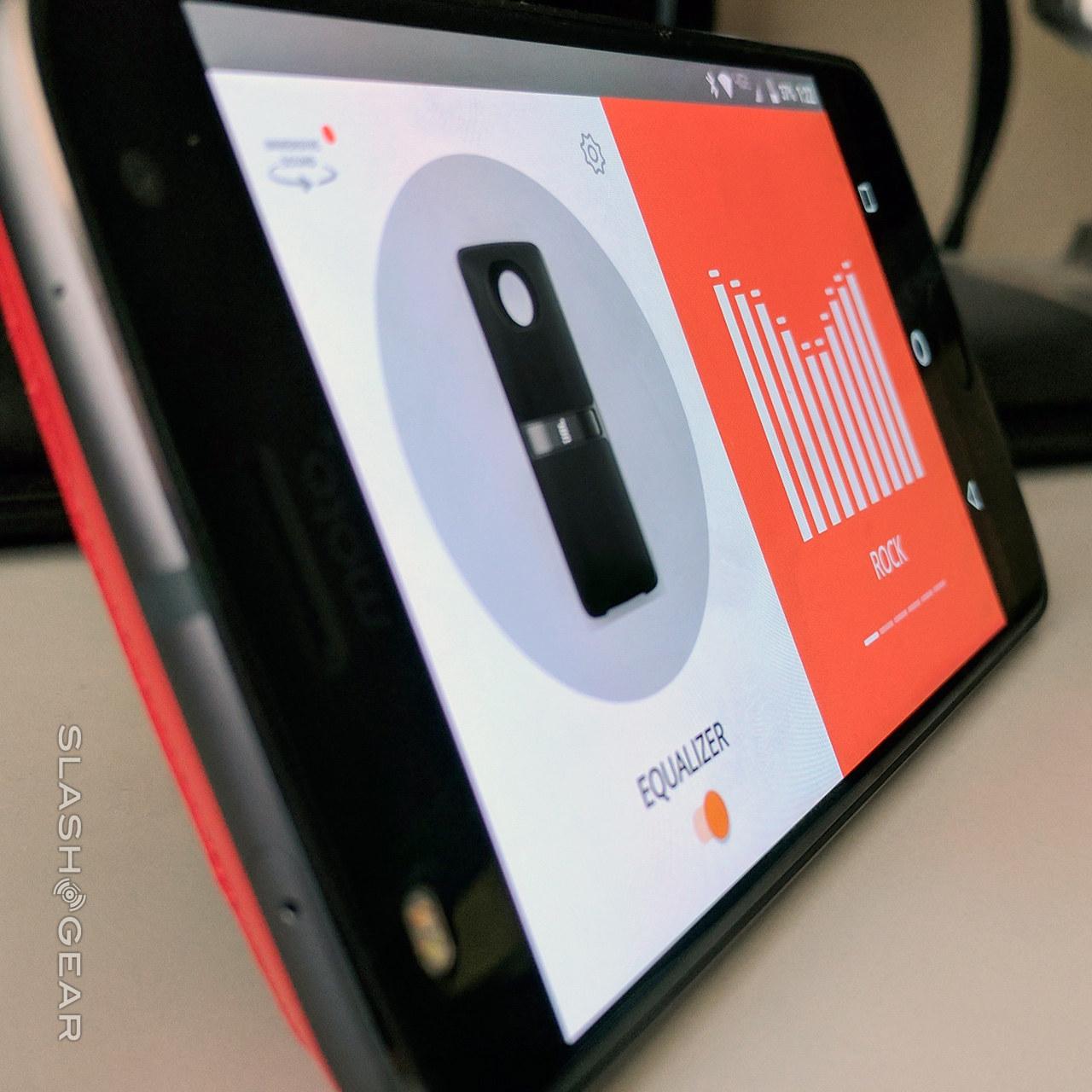 The speaker requires charging separate from the smartphone. This is a bummer. The only redeeming quality of this particular bummer is that the speaker works for around 10 hours per charge, which is more than enough for a full day of knocking out beats, if you ask me. 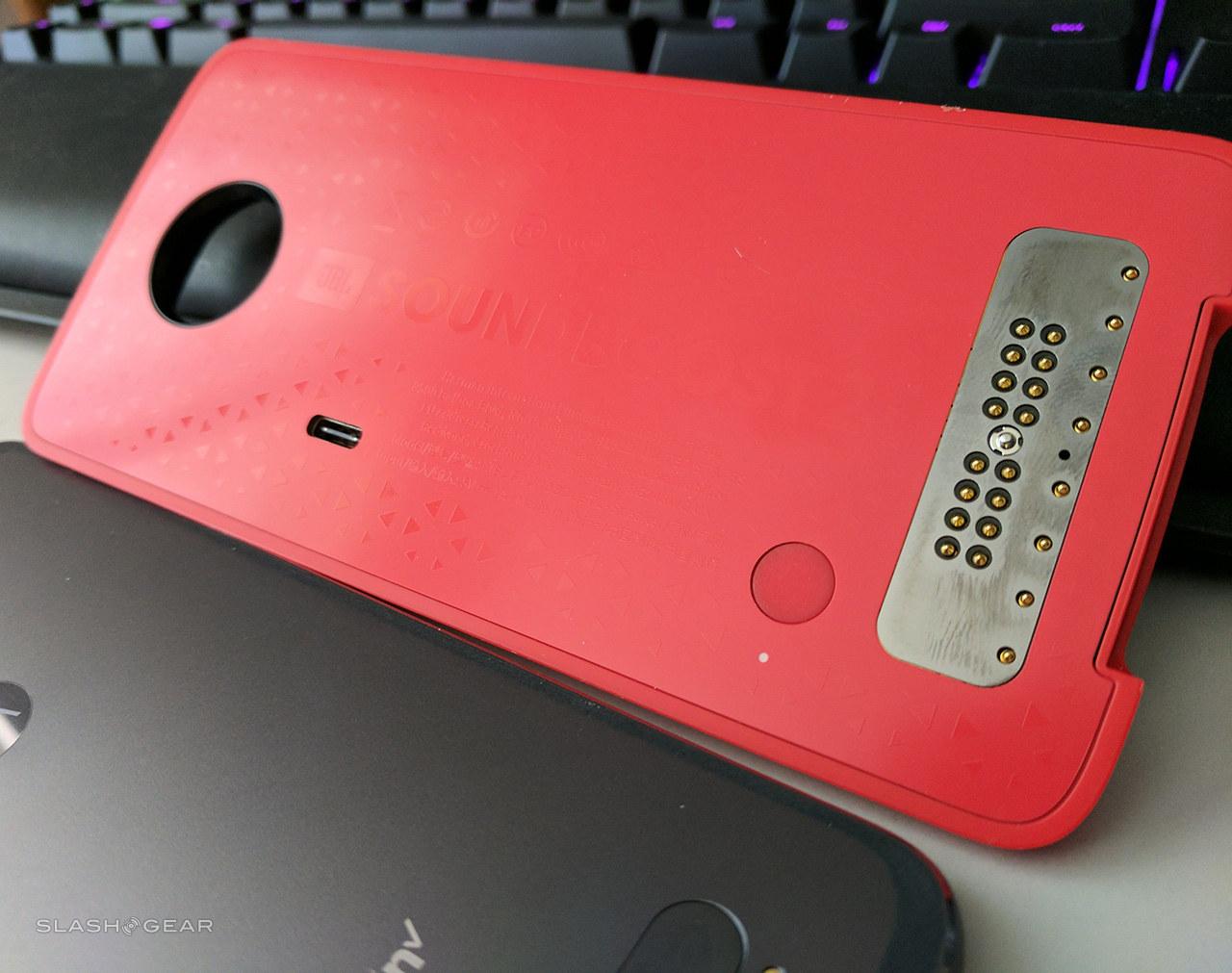 The speaker has a metal kickstand to keep the device standing while sound is banging, as well – on the same side as the speakers so that the whole amalgamation can stand up at once.

The whole thing costs a cool $80 USD, when it becomes available on July 10th online at Motorola. As mentioned earlier, those that buy the Moto Z2 Play right this minute could technically get the JBL Moto Mod for free. That’s well worth the effort if you’re on the edge. Stay tuned for our full review of the Moto Z2 Play coming your way very, very soon.