There are two sorts of people that’ll read this article: Those that think the Hinge Angle Sensor feature in Android 11 is interesting, and those that do not. This feature has big implications for the future of foldable devices. That’s a term that refers specifically to devices with foldable displays – but Hinge Angle Sensor functionality in Android could have implications that expand well beyond this relatively category of devices. It’s about the hinge!

Before now, Android worked with a class called Device State – showing one of five device Postures. This “information about the state of the device” in Android “only includes the description of the state for foldable devices.” That’s per Google’s Android developers documentation as of June 10, 2020.

With Device State, Android call upon hardware sensors to tell apps which one of five different postures were true. Included were: Closed, Flipped, Half Opened, Opened, and UNKNOWN. The “flipped” state means the device is open to an angle beyond 180-degrees.

Windows has similar functionality with transformable devices. Devices that have a laptop mode, a flat mode, a folded all the way back over mode (like a tablet), and so on. Device state awareness, right now, is quite simple – and not granular.

And that’s just the tip of the iceberg. Remember the first time you used a smartphone with haptic feedback? It makes the device feel less like it’s pretending to be a workspace, and more like it’s a literal workspace that just happens to be trapped inside your phone. 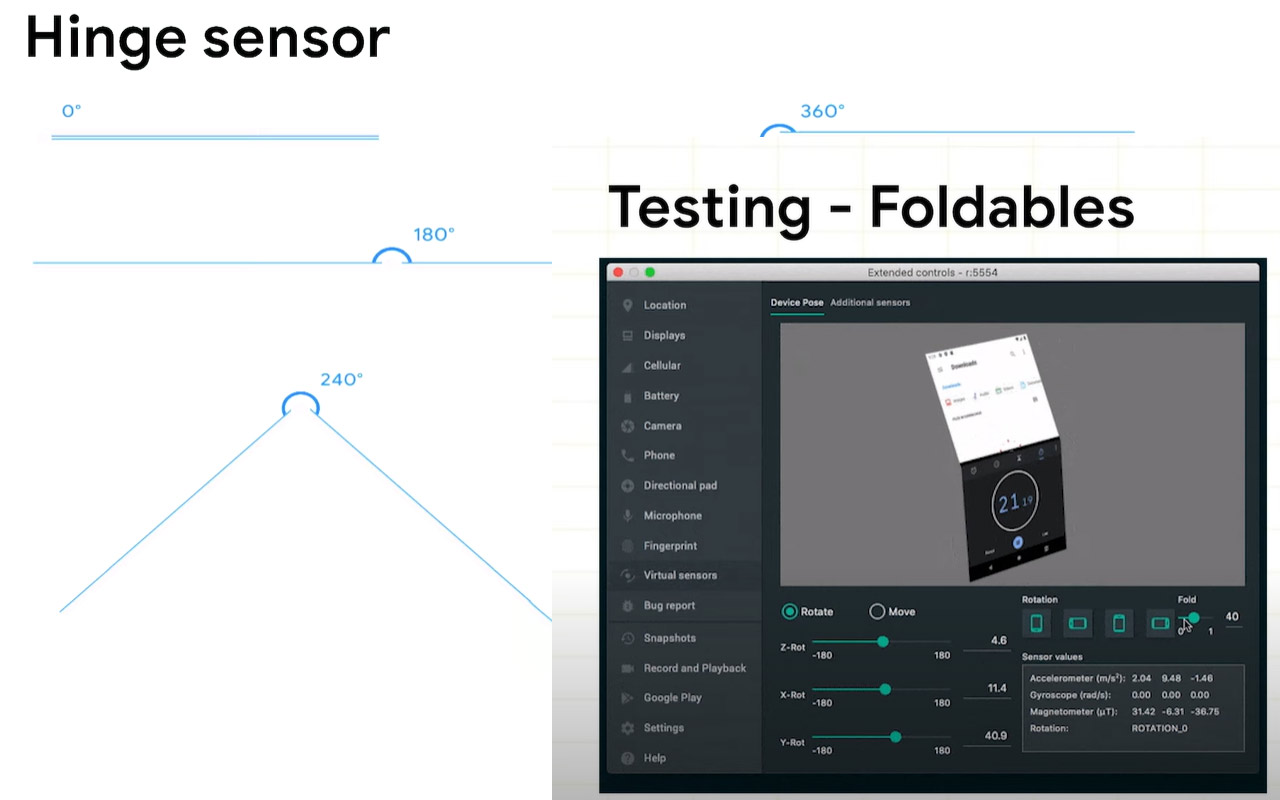 If you have a smartphone originally released around a decade ago, go get it. Assuming you’ve still got the charger, charge it up, and power it on. Try to browse around and use the device like you would your most recently purchased phone. Notice the big difference, not just because the older device has a far less powerful processor, but because the smoothness of the UI makes the newer device feel far closer to a natural, physical workspace.

If developers make use of Hinge Angle Sensor right, they’ll be able to make the jump from what’s essentially a simple lightswitch to a full spectrum dimmer. If utilized to its full potential, Hinge Angle Sensor could be the difference between a 1990s flip phone and a smart device experience like we’ve never experienced before.