First, let’s talk about those wheels. The standard wheels in a 2021 Chevy Corvette with the 3LT trim package are 19-inch front and 20-inch rear open-spoke silver aluminum rollers. Lingenfelter upgraded the stock rims for a gorgeous set of 20-inch front and 21-inch HRE forged alloy wheels, a modern version of the vintage five-star wheels of classic racing cars. 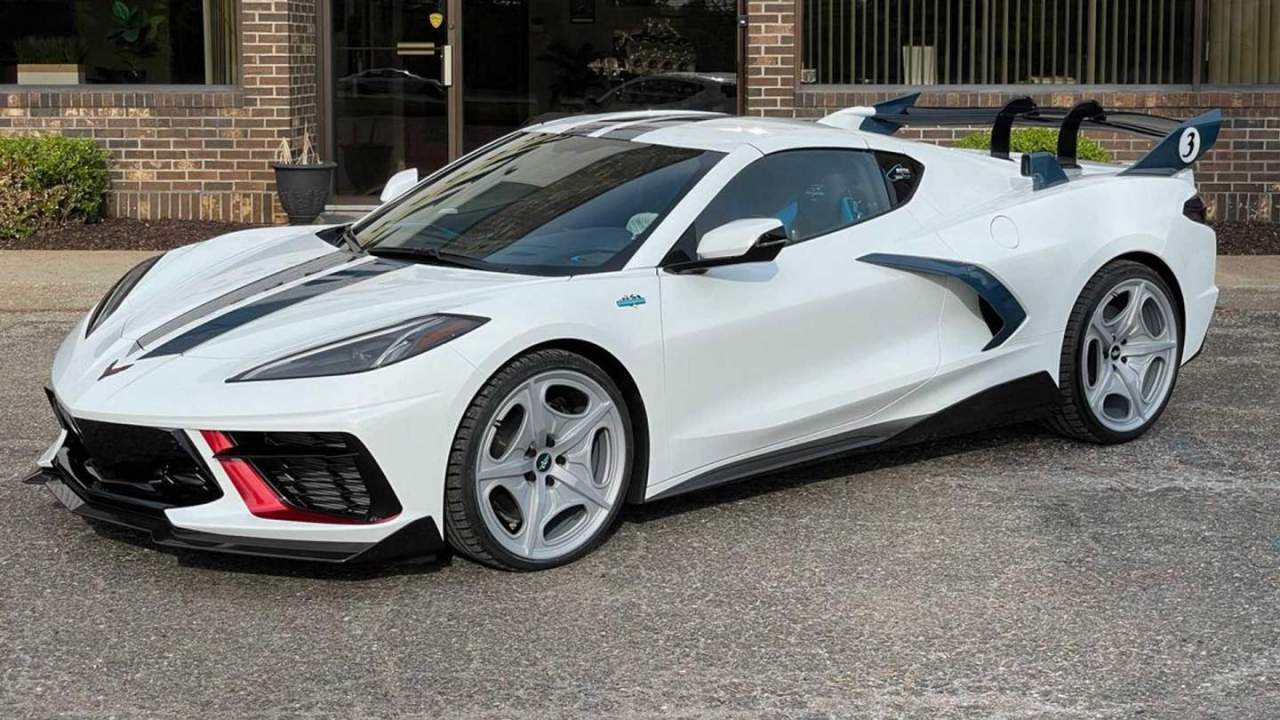 Under the hood, Lingenfelter found it hard to resist tuning the ‘Vette’s 6.2-liter V8 engine. Lingenfelter gave it a carbon fiber intake manifold and a larger-bore 95-millimeter throttle body. Cunningham Automotive claims 600 horsepower on tap with the standard eight-speed dual-clutch gearbox, significantly more than a stock C8 Corvette. Underneath, the car has a C8 front lowering kit and more potent Alcon brake calipers with Cunningham MOV’IT discs on all four wheels. 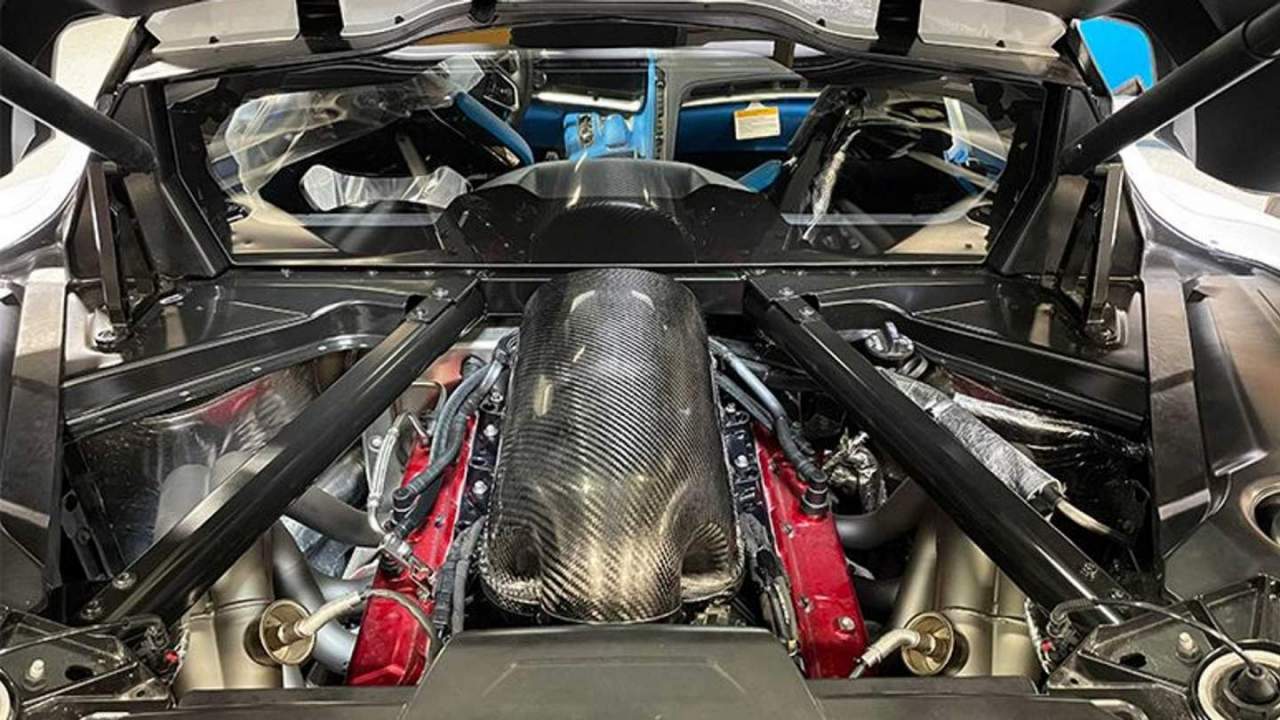 Meanwhile, the Lingenfelter Cunningham Corvette has the same white paint and twin blue stripes as its forebearers, but it also gets a magnificent rear spoiler which the vintage racers didn’t have. Inside, competition sport bucket seats are standard, while in-cabin entertainment is courtesy of an eight-inch touchscreen with navigation. 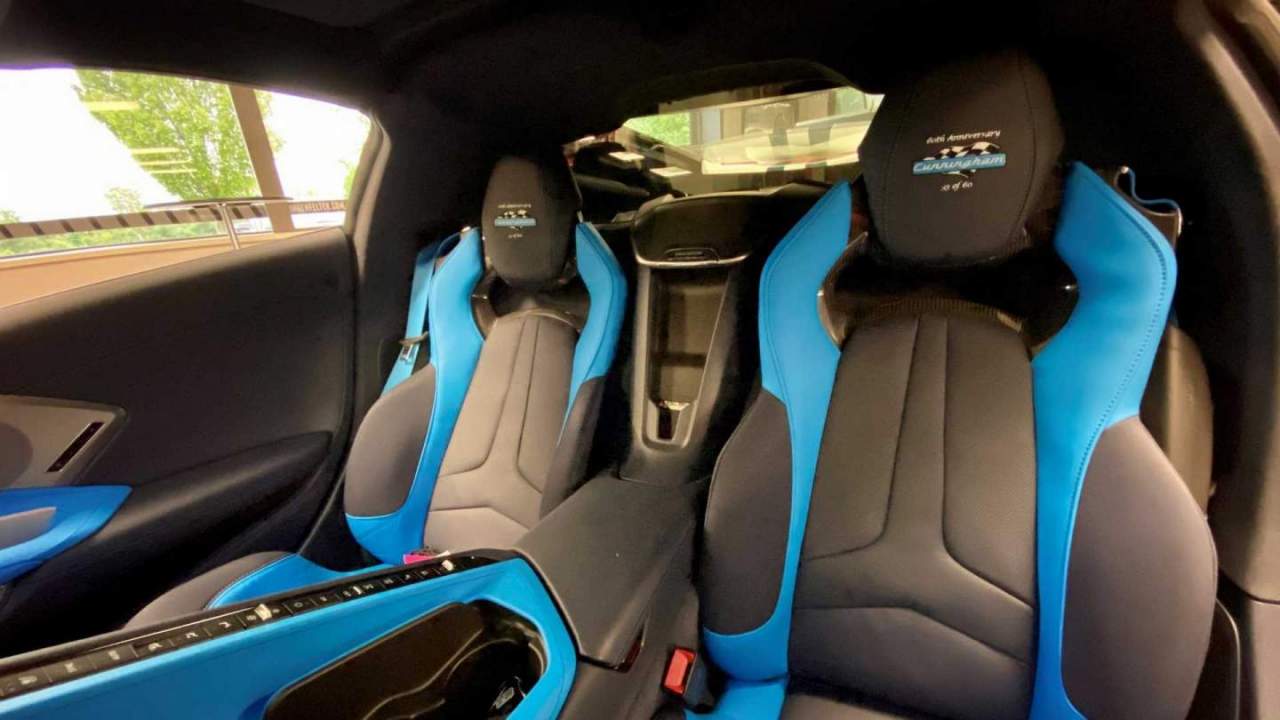 Sound good? Better pony up the cash because this Corvette starts at $160,000. Yes, it’s a lot of money for a C8 Corvette, but Lingenfelter and Cunningham will only produce 60 units in total, making each car a collector’s item right off the bat.