This is Donald Glover as Lando (and Chewie’s wife?!)

Today we’ve gotten a couple looks at what Donald Glover is going to look like in the upcoming Han Solo Star Wars film. While it should be relatively obvious that his appearance won’t change drastically – Lando’s just a man, after all – we do get to see some sweet costume images. Very, very small images that I feel border on cruelty – thanks Ron Howard! Now, to start making that super-duper-early cosplay jacket in yellow…

The first image you’re seeing above comes from Ron Howard, the current director of the stand-alone Han Solo film currently in production. This film previously had a different set of directors, but is now set with one of the greatest film directors in the history of the world, Ron Howard. All photos in this article (save the restaurant snap) come from that same source – Ron Howard himself – through his Instagram and Twitter, as it were. 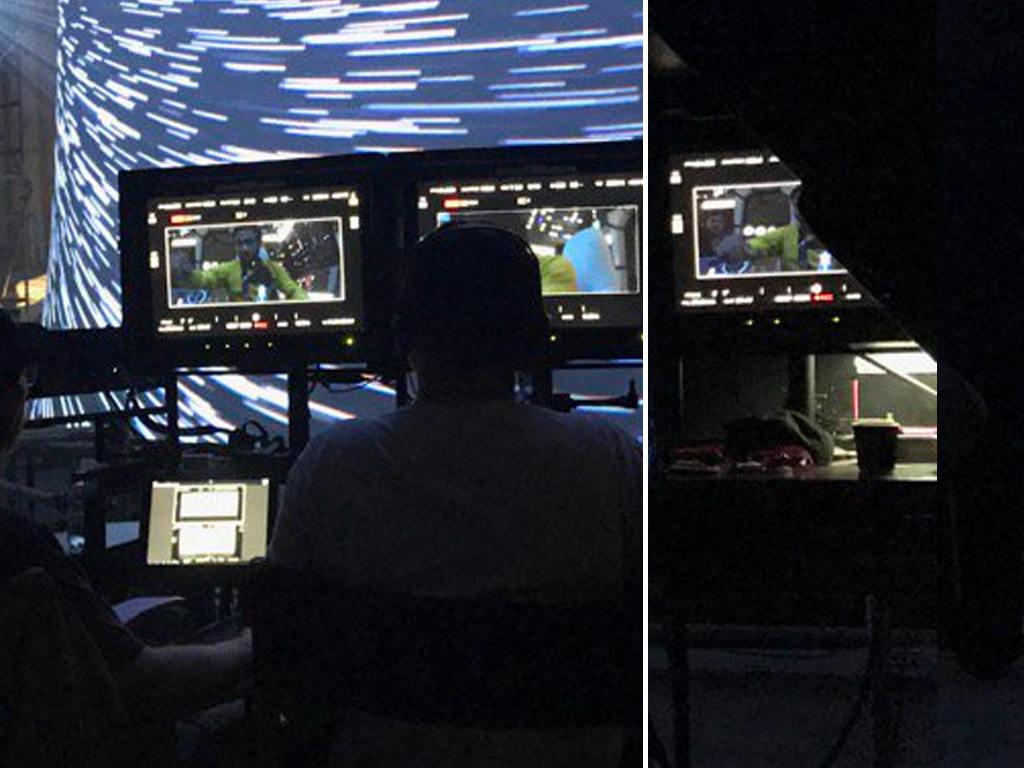 The first image in this article shows some hyperspace action on a massive display. This indicates that the folks behind the scenes here are using some of the same techniques here as Lucasfilm did with Rogue One. That is to project space outside of the spaceship and film from within rather than doing so as they did in the past. In the past they used greenscreen and it was less-than-pleasing to behold.

Up close we can see Lando sitting alone in the cockpit of the Millennium Falcon – more than likely alone, unless than bulkhead on the right, his right, is actually a head. It’s difficult to tell at this very moment whether Donald Glover’s costume here is a full jumpsuit or just a space-aged Freddy Mercury jacket. 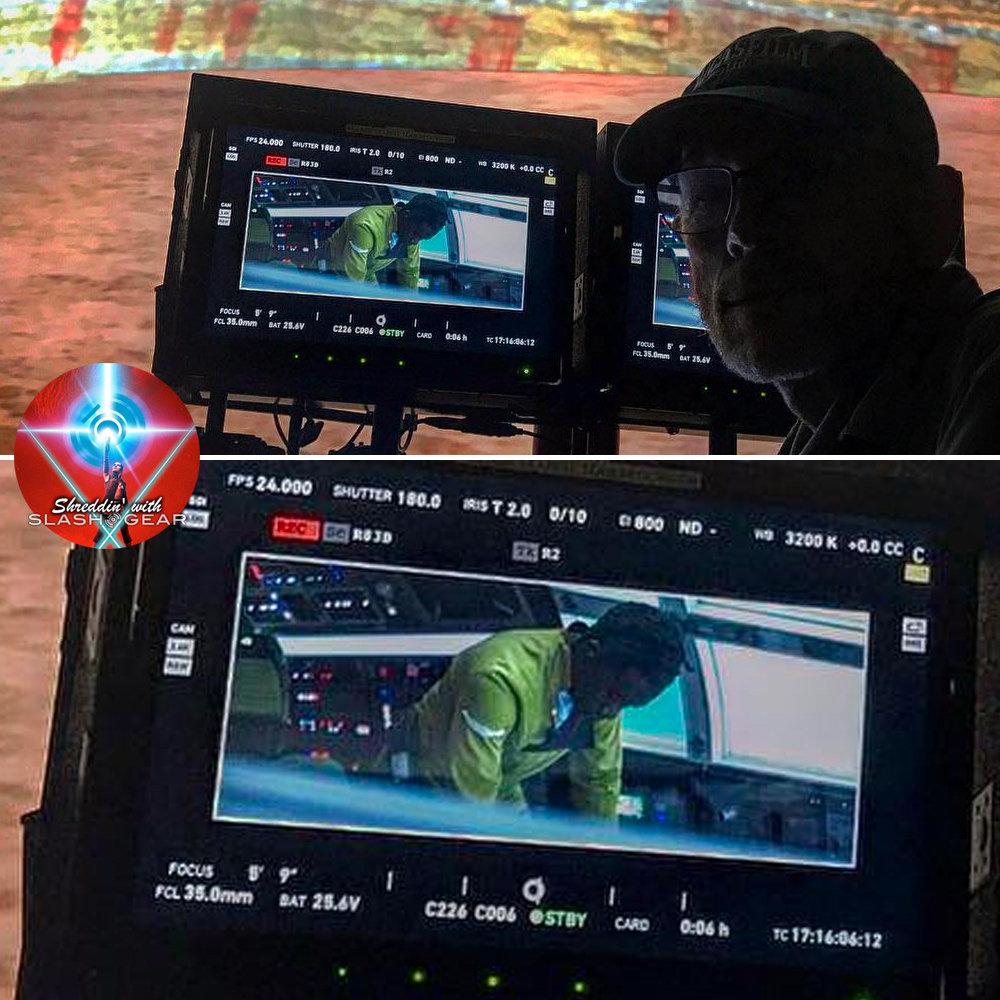 Any way you slice it, these images are the closest we’ve gotten to seeing the next – first, early – look at Lando in the Star Wars universe. Unless you count the image of Donald Glover having a nice drink with Billy Dee Williams to discuss Lando’s soul – which we don’t. Here’s a look at that anyway – this comes from Twitter. That was at a restaurant called Little Dom’s at 2128 Hillhurst Ave, Los Angeles, CA. 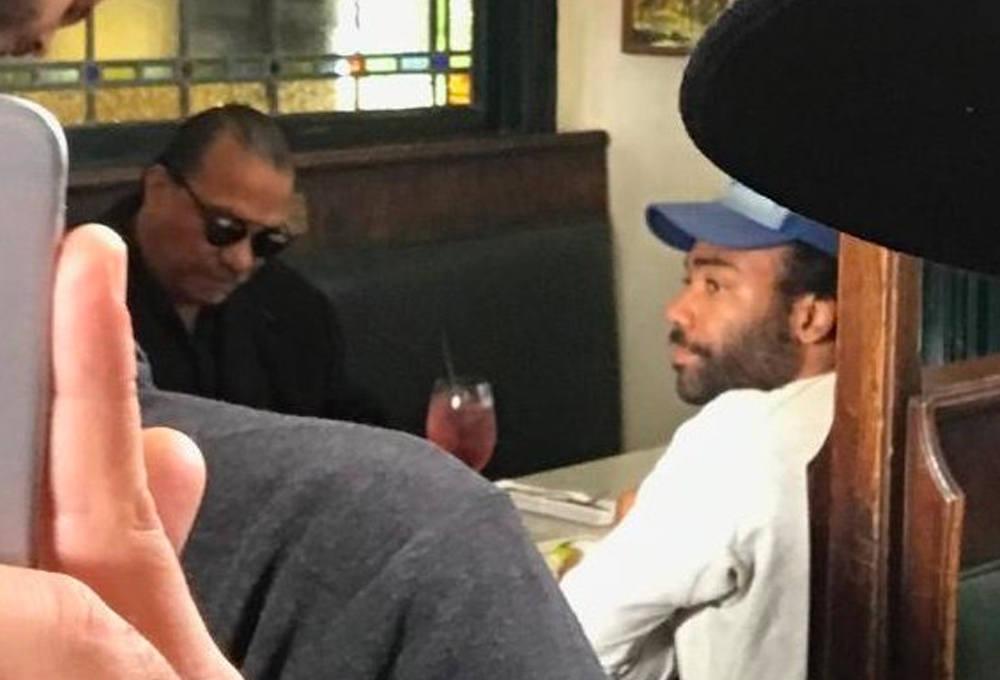 BONUS! If you’ll take a closer look at this Chewbacca photo Howard shared on July 17th – two days ago – you’ll see something radical. More than one wookie! Chewbacca also looks significantly younger than he does in The Force Awakens. As he should, as this will be a few decades earlier. 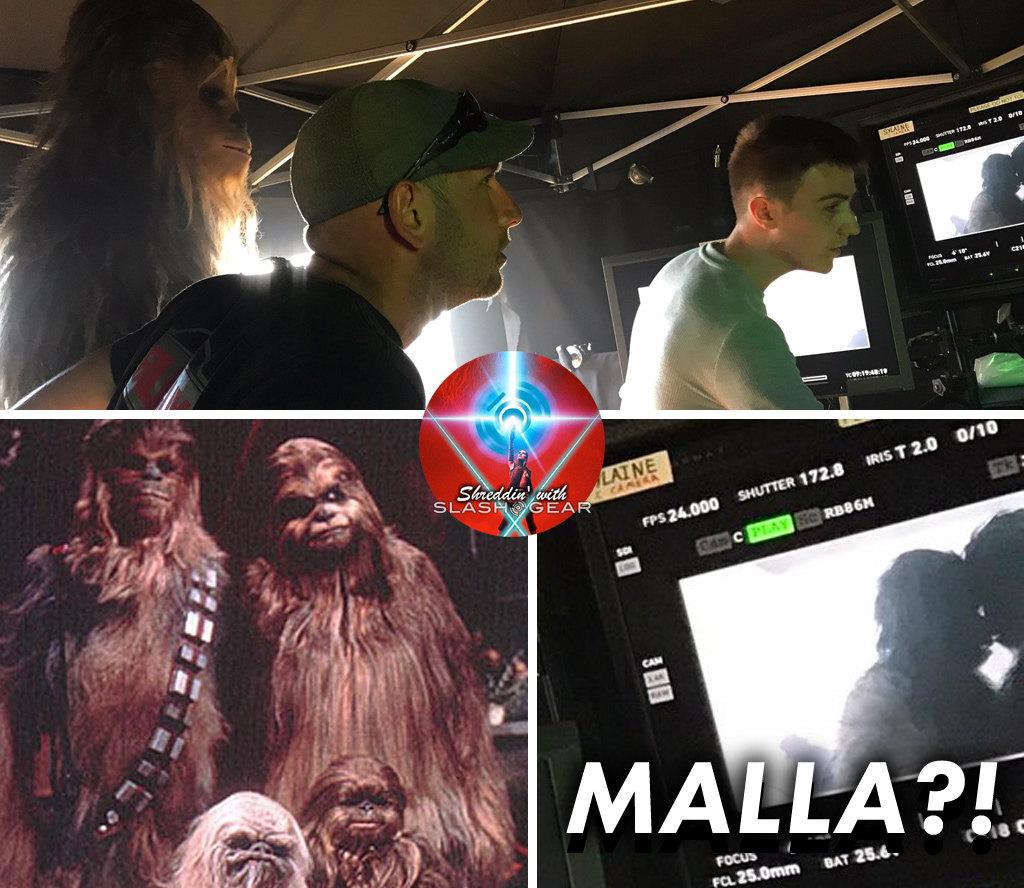 As George Lucas no longer holds exclusive rights to the Star Wars universe through LucasFilm, it might be time to bring back the Star Wars Holiday Special environment. Could this be the first time we see Chewie’s wife, AGAIN?!