This morning we caught a glimpse of a device that, at first glance, looks an awful lot like a new iPhone 7 Pro. Of course Apple hasn’t confirmed that device’s existence, and we’ve not yet seen any REAL photos of said device. But this one – something about it screamed “this is actually a photo.” And indeed it was. Straight from leakster Sonny Dickson came a device that’s actual real metal with a (fake) Apple logo and everything – but it’s still a fake. Don’t be fooled.

This isn’t the first time we’ve seen folks like Dickson show off devices that very much appear to be the living embodiment of smartphones that haven’t yet been revealed by the companies that make them. In fact Dickson himself is notorious for having photos of devices that aren’t supposed to be available to everyday citizens. 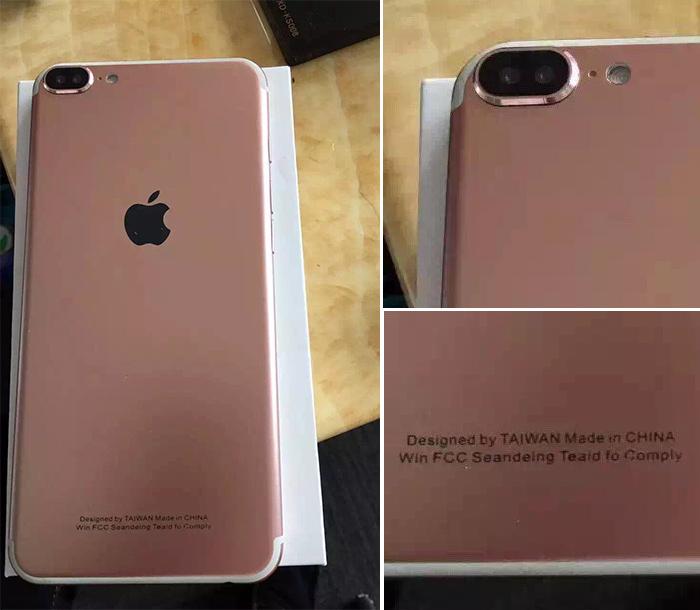 This device is running Android. Devices such as this can be ordered to spec in many places – outside the United States, of course, where manufacturers aren’t beholden to such strict laws on all things consumer-made. While buying your own custom tablet is far more common internationally, 3D-printed cases and smartphone components can, indeed, be purchased piece by piece.

And here on the internet, making your own smartphone is far easier. If you don’t actually need a physical model, instead aiming for your own fake device with which to fool news blogs and tech forums aplenty, you only need an especially talented 3D-rendering illustrator like Martin Hajek.

Hajek illustrated the original iPhone 7 Pro you see (modified) for the hero image of this article.

Have a tap at the link to the “road to iPhone Pro” article above to learn more about Hajek and the ease with which phones are faked today.

And let us know which color you’ll be getting your easily falsified iPhone 7 Pro (with Android) in today!