This iOS 11 setting isn’t new, but it is essential

It’s not strictly new, but this iOS setting just changed the way I use apps, download apps, and keep apps to use in the future. This isn’t the way I used to do things – I’d usually test and app until a “would you PLZ rate our app, THX” popup occurred, then I’d delete the app immediately. But that’s no longer the deal, per Apple’s new rules and this one setting. What we’ll find out now is if this setting and these rules have the gas to change the way apps get rated by everyday average users.

Apple’s developer rules include a bit more control over the way app developers beg users for reviews of their app. Instead of that pop-up leading back to the app store, that pop-up allows the user to rate the app right then and there. One a rating is left, the pop-up never returns, ever.

This is a new Apple-made review request pop-up, and Apple is now enforcing the requirement for app developers to use it. Not that they HAVE to use it, but if they’d like to include any sort of review request in their app, this is the one they need to use. This pop-up also has a restriction of 3-pops per year, and if it’s ever used to rate the app, it still needs to go away forever. 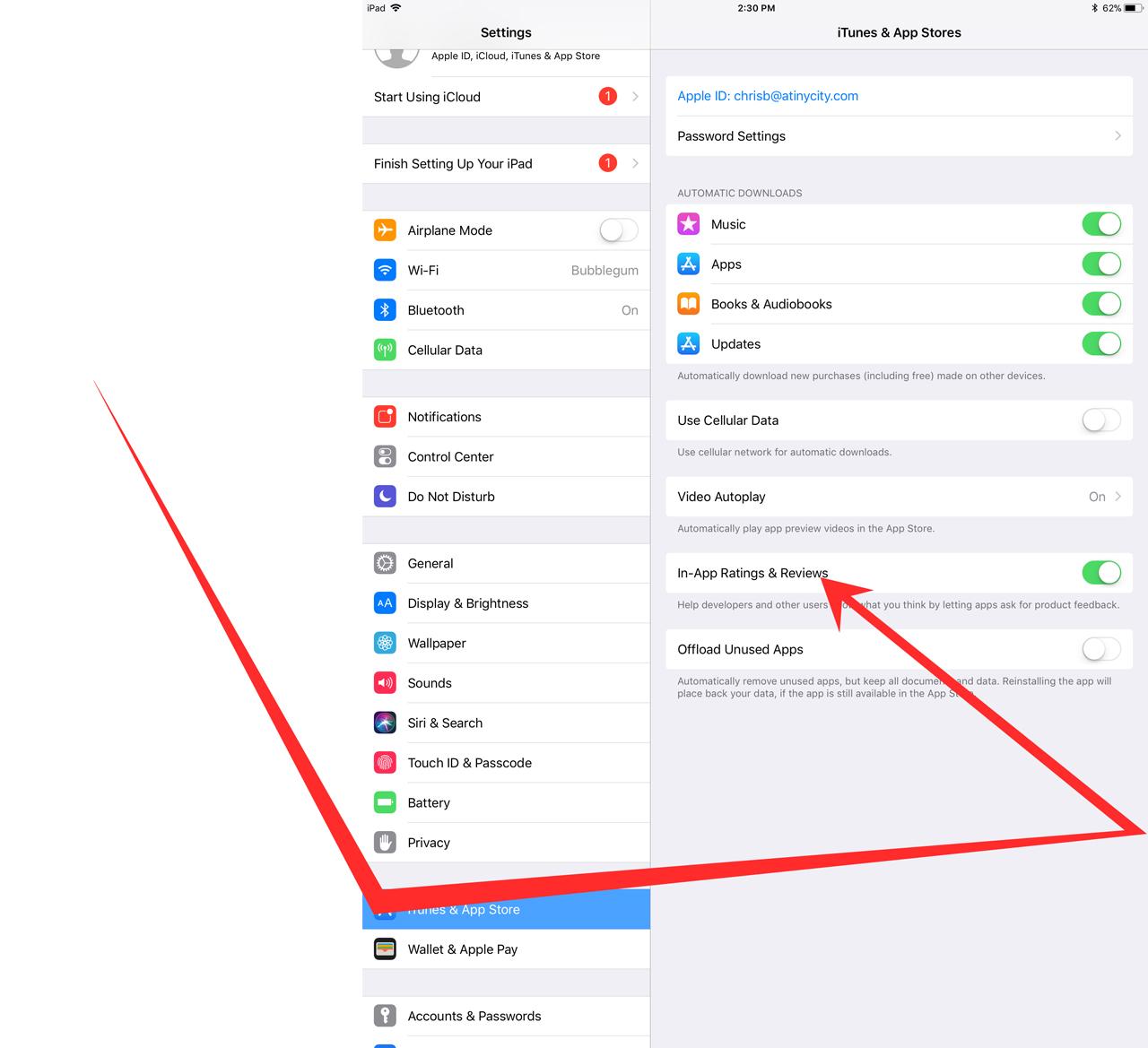 The setting referenced above goes further to end the practice of annoying pop-ups begging for reviews in apps. This setting is a switch relatively hidden – if you’re not the sort of person to go fiddling with settings on an average afternoon. The page you’ll be looking for is in Settings under iTunes & App Store.

Inside iTunes & App Store (in Settings), there’s a switch near “In-App Ratings & Reviews” – which you can now switch OFF. This setting sits right below another important setting for Video Autoplay, which I also recommend you switch off. Below our favorite new setting is a third switch called “Offload Unused Apps” – that’ll be particularly helpful for those users that download several apps a day for the fun of it – and never take the time to clean up.

Hurrah! At last we can kiss goodbye to the misery of popups asking us to like and give stars to their app… a small thing but pleasing pic.twitter.com/UEbfnuutxV