Most of us are satisfied with the simple things in life — an R2-D2 teapot, perhaps. Others want something bigger, though, something a little more incredible, and by incredible we mean incredible and dangerous. Enter Patrick Priebe and his homemade Death Star model. At first glance it doesn’t seem like much, but activate its lasers and you’ll find it truly is a miniature version of its destruction-bringing sibling.

The planet itself is made out of a rubber ball coated in fiberglass layers. These layers made the ball hard, at which point he cut a small hole in it for some LEDs. Light them up, and the fissures on the Death Star’s outer shell glow, teasing that maybe a fleet of tiny workers lie inside. 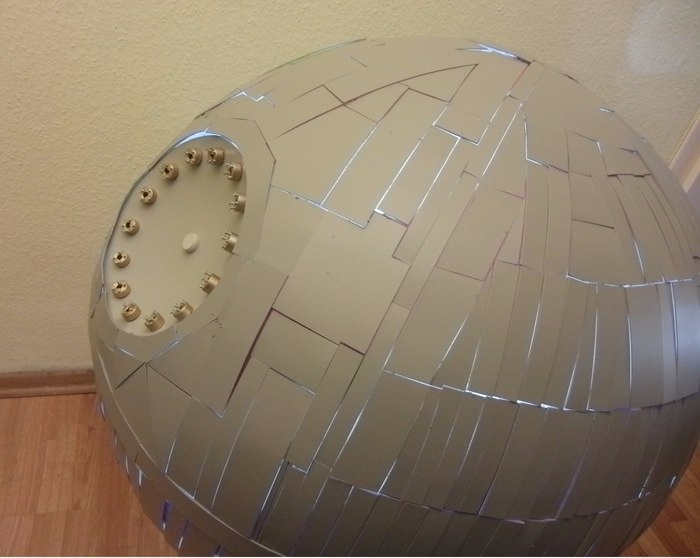 The star of the show, though, are fourteen 6 watt laser positioned around a hole in which a circular reflector is position. Every laser has four adjustment screws, which he adjusted so that each laser meets at the same point in front of the sphere. The result? A legitimately deadly single 84 watt laser beam (aided by the use of a plexiglass rod).

It wasn’t a light undertaking. According to Gizmag, which spoke with the creator, Priebe shelled out about $3k on the laser itself, and spent another $1500 or so on the rest of the materials. Check out the video below to see it in action!