The best Star Wars toy was just revealed to the world in the form of a secret event inside an event at Target. This event was Force Friday, and the event within was a sort of mini-raffle. Those in attendance were given the treat of a lifetime – a view of the biggest Star Wars plush toy in the history of the world – Porg style.

The hulking beast shown above and below is several times the size of its course material. These creatures are Porgs, and they were given away on Force Friday at select Target locations throughout the United States. Folks needed to be there for the midnight opening to see this stuffed animal, and only one lucky customer per Target walked away with this extravagant toy for themselves.

NOTE: The images above come from the Twitter account @manraysky. K. Hidalporg gave us the true scale of this monster via the in-aisle photo. Below you’ll also find a photo of a Porg on a couch with a cat for scale. 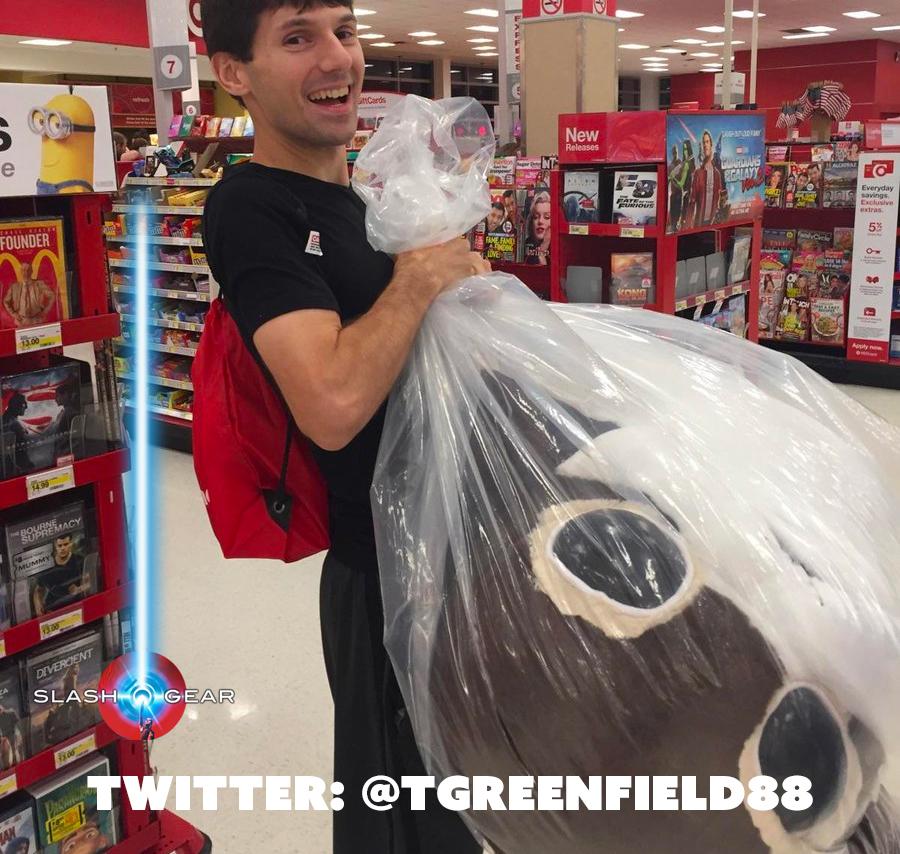 The description most Porg toys in the wild today have reads as follows: Small, flat-muzzled avians that flock about the rocks and roost in the cliffs of Luke Skywalker’s secluded island, Porgs are inquisitive creatures. This Target Porg was (and is) more than 5 feet tall, and stuffed full of stuffing. If this Porg came to life, and was for whatever reason carnivorous, it could eat your average toddler – easy. 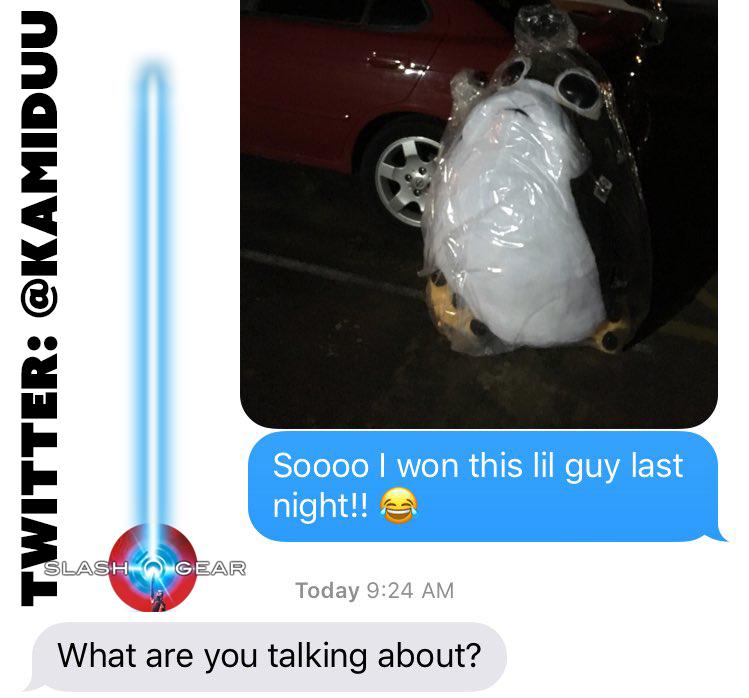 What would you do if you won one of these mega-sized Porgs? Would you keep it with you forever, to love and to hug and to squeeze? Or would your family and/or roommates make you send this lovable creature out into the wild? 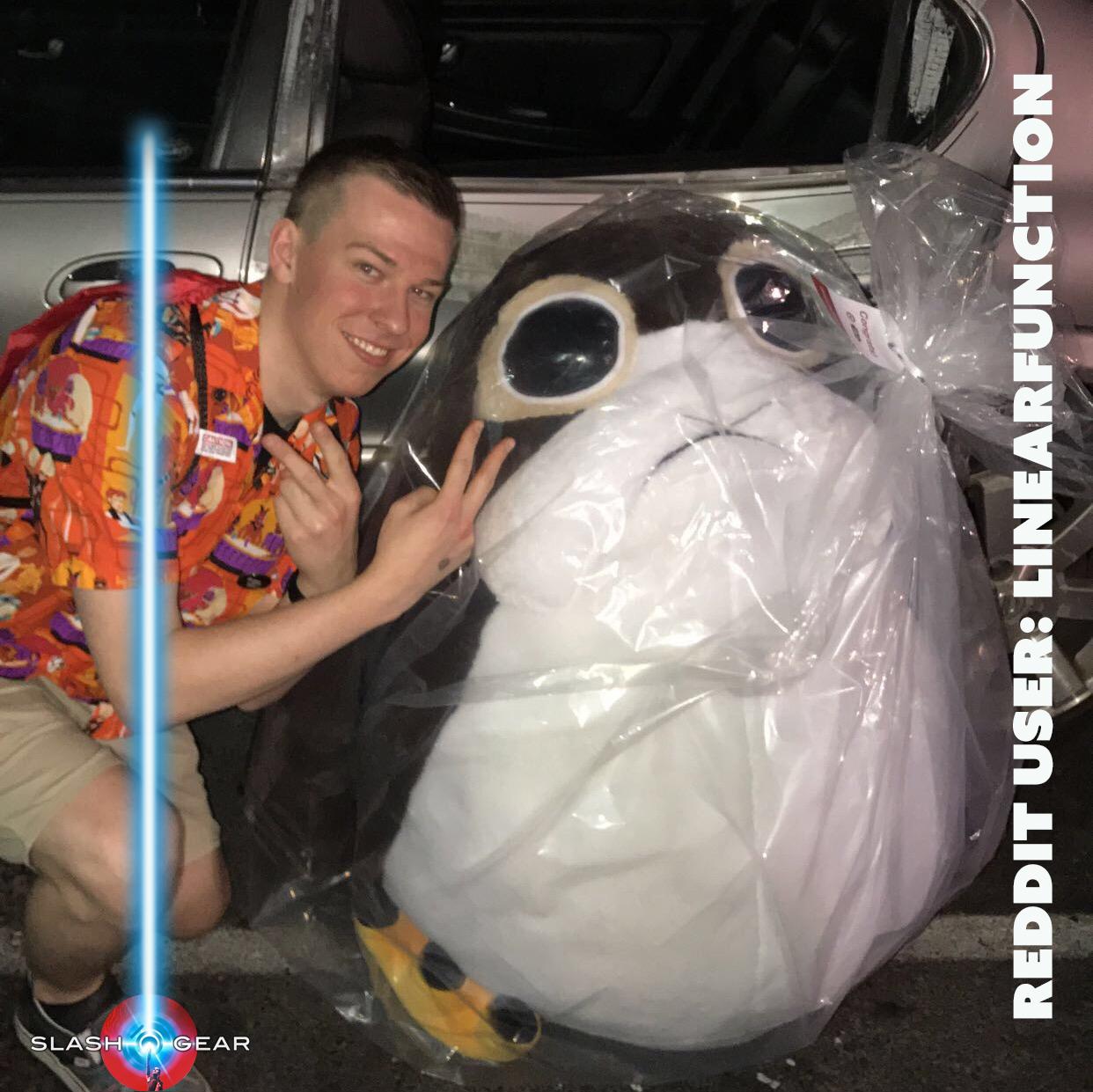 The Porgs above and below are not nearly so massive in the movie. In Star Wars: The Last Jedi, a bunch of tiny creatures called porgs will undoubtedly capture the hearts of millions. They’re like every half-pint Star Wars creature of the past, but better. They’re about half the size of an Ewok and twice as cute as a Jawa. 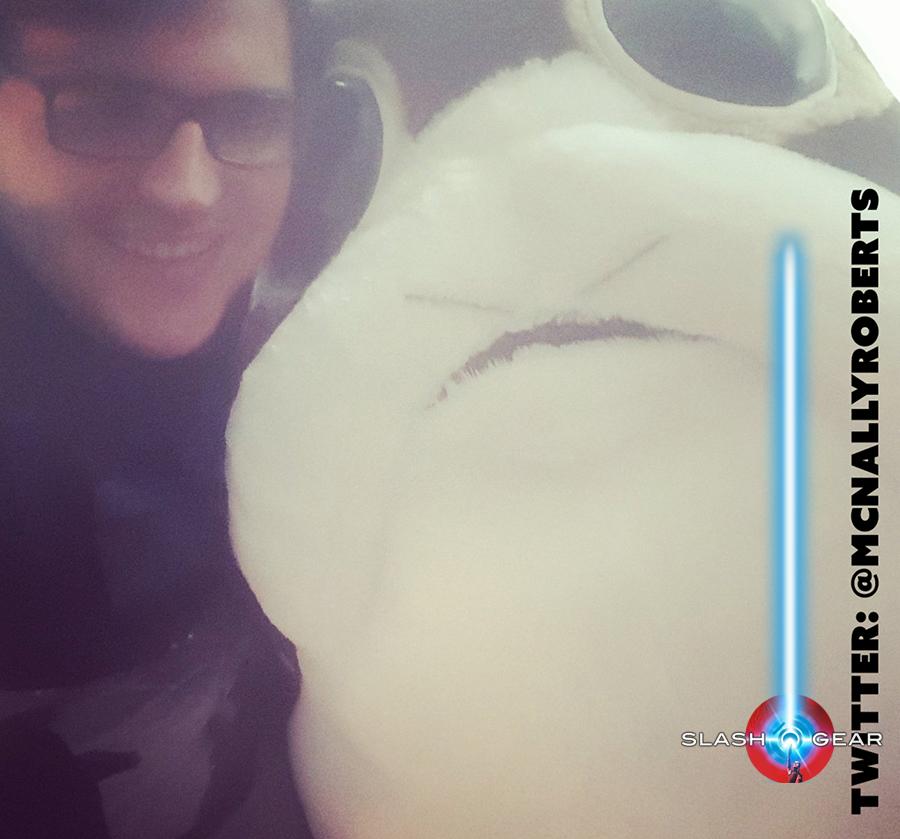 As shared by Star Wars dot com, these Porgs are absolutely the best. “Porgs are native to Ahch-To, and can be found dwelling along the cliffs of the island where Luke and Rey ar,” said Pablo Hidalgo, Lucasfilm creative executive, Lucasfilm Story Group.

“In many ways, they’re the Star Wars version of puffins. They build nests. They can fly. Their babies are called porglets.” 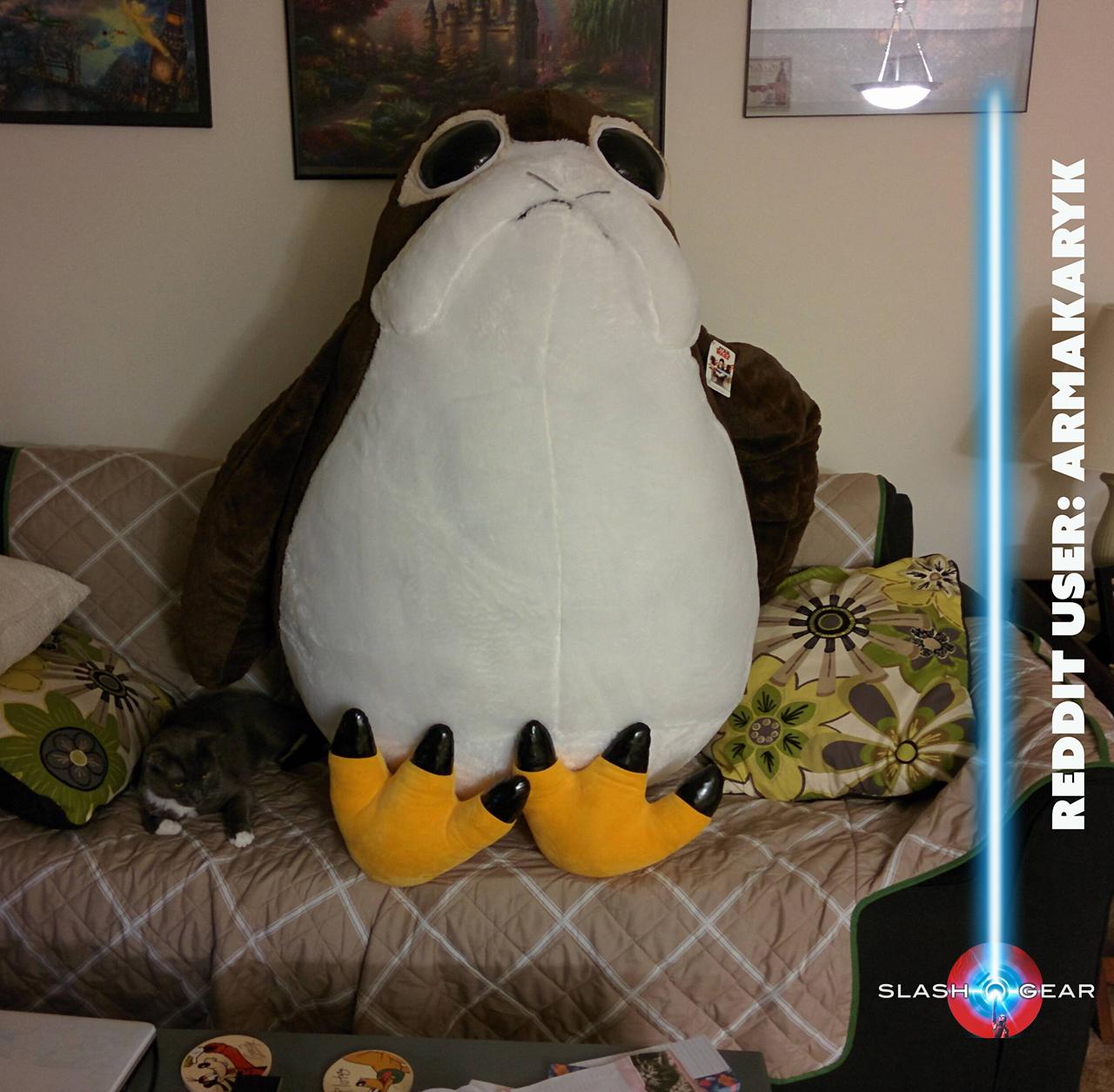 Just like last year’s Chewbacca stuffed animal raffle at Target, it’s doubtful this Porg will ever be made available for sale to the public. Given the size of this beast, however, there’s a GOOD chance some will pop up on Ebay. Not everyone in the world has room for another roommate – and this stuffed animal is large enough to be counted on tax returns as a dependent!*

*Please do not blame SlashGear when the IRS comes knocking at your door looking to speak with your newest family member Mr. Porg.

Below you’ll also see the newest Star Wars Blips video, straight from the official Star Wars YouTube channel. This is the first official Porg-centric cartoon! This video is also on the Star Wars app, and can be unlocked therein.