This carbon nanotube “reactor” could one day power microscopic robots

Tiny carbon nanotubes that can generate energy simply through bobbing in a special liquid could one day be a breakthrough power source for micro-robotics or even smaller devices, researchers at MIT say. The approach could also provide a new and far more efficient source of electricity for electrochemistry, tapping power from the environment to make chemical conversions that rely less on traditional power sources.

Carbon nanotubes are tiny, hollow tubes, that are formed from a tight lattice of carbon atoms. They’ve been tapped for advances in solar power generation, more effective computer chips, flexible batteries, and more, but the team at the Massachusetts Institute of Technology looked to inherent electrical properties of the tubes themselves.

Partly coating a carbon nanotube in a Teflon-like polymer, the researchers discovered, would create an asymmetry in how electrons flow through it: from the coated to the uncoated part of the tube. Actually getting that electron flow out requires submerging the nanotubes in a solvent which removes them. 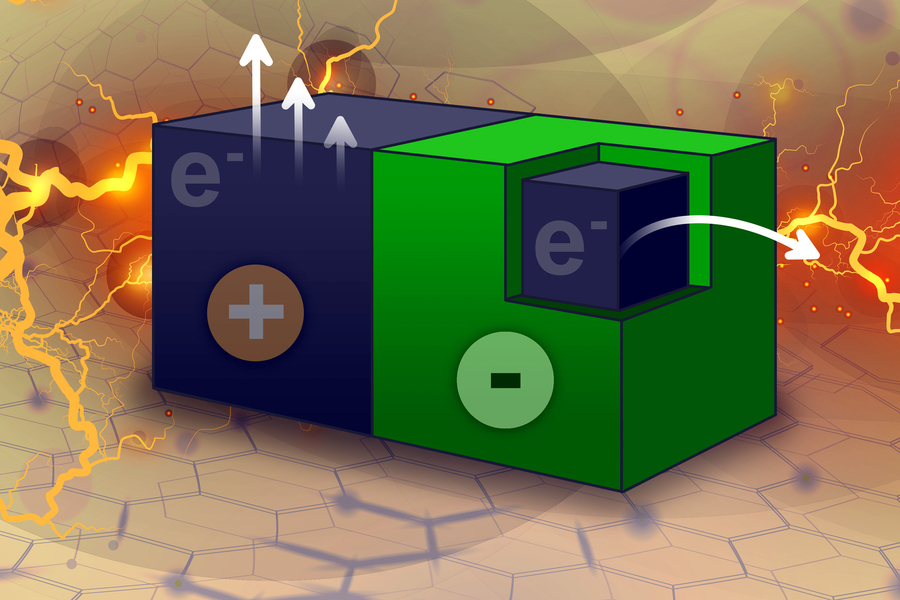 “This technology is intriguing because all you have to do is flow a solvent through a bed of these particles,” Michael Strano, the Carbon P. Dubbs Professor of Chemical Engineering at MIT and lead on the project, explains. “This allows you to do electrochemistry, but with no wires.”

We’re a long way from tiny power stations, of course. The proof of concept involved grinding up carbon nanotubes so they could be formed into a single sheet: one side of that was coated with the polymer. Small pieces – 250 microns by 250 microns – were then sliced out, and submerged into an organic solvent.

“The solvent takes electrons away, and the system tries to equilibrate by moving electrons,” Strano explains. “There’s no sophisticated battery chemistry inside. It’s just a particle and you put it into solvent and it starts generating an electric field.”

Each particle is generating around 0.7 volts, but the benefit is the scale. Combining hundreds of particles into a small test tube creates a so-called “packed bed” reactor. That proved to be able to generate enough power for an electrochemistry process known as alcohol oxidation – converting alcohol to an aldehyde or ketone – which typically would not be done that way due to the external power demands.

Future applications of the reactors could include more of these electrochemistry power sources, and potentially using captured carbon dioxide from the environment to create the all-important polymer coating. Strano’s lab has previously demonstrated how carbon nanotube wires could generate power when they’re progressively heated.

Beyond that, though, the idea of a tiny generator has much broader potential applications, the researchers suggest. Micro- or even nano-scale robotics is one possibility, where power from the environment they’re operating in is sufficient to keep them running. That way, no onboard batteries in the traditional sense would be needed.