This adorable black-footed ferret is a rare cloning breakthrough

The first endangered US species to be successfully cloned, a black-footed ferret, could pave the way for at-risk animals to be brought back from the brink of extinction, scientists and conservationists hope as details of the breakthrough are shared this week. Elizabeth Ann may look like any other black-footed ferret, but the roughly two month old animal was actually created from frozen cells of an animal that lived three decades ago.

That was named Willa, caught 30 years ago, and whose genes were preserved by the Wyoming Game & Fish Department. Cell cultures from Willa were kept at San Diego Zoo Global’s Frozen Zoo, but the sample was pulled out of the cryobank for an attempt to inject fresh genetic diversity into the black-footed ferret lineage.

The species was, at one point, considered to be extinct. However a final colony was discovered in 1981, living on land in Wyoming. A captive breeding population made up of some of those animals was begun, but ran into a serious – and growing – issue.

All of the known black-footed ferrets today are descended from just seven individuals. That leads to a shortage of genetic diversity, which can lead to greater susceptibility to disease, along with a reduction in fertility rate. What Elizabeth Ann represents is a successful attempt at using cloning to introduce new DNA to the species. 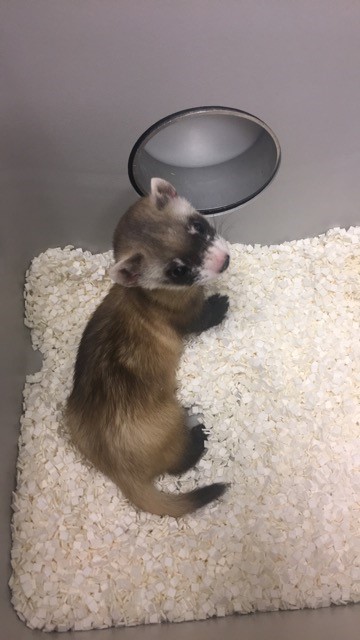 What’s key is that Willa has no surviving offspring, or at least none which are known of in the current population, and her genome was highly unique. “A genomic study revealed Willa’s genome possessed three times more unique variations than the living population,” the U.S. Fish and Wildlife Service said in a statement. “Therefore, if Elizabeth Ann successfully mates and reproduces, she could provide unique genetic diversity to the species.”

It’s hardly been an easy route to get to a new ferret baby, mind. The project began in 2013, but it wasn’t until 2018 when the first recovery permit for cloning research of an endangered species was issued. That allowed scientists at Revive & Restore to begin the genetic analyses and undertake proof-of-concept trials. They worked with cloning techniques developed by ViaGen Pets & Equine, which created embryos from Willa’s frozen cell line.

Those embryos were implanted into a domestic ferret, which would act as surrogate. Raised at the National Black-Footed Ferret Conservation Center (NBFFCC), it gave birth to Elizabeth Ann. 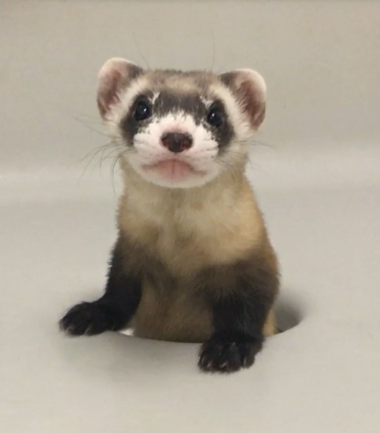 Both ferrets will be kept separate from the remaining breeding black-footed ferrets, and there are no plans to release Elizabeth Ann into the wild. Work to produce more ferret clones is underway. At the same time, the US Fish and Wildlife Service will continue looking for new, naturally-born black-footed ferrets in the hope of discovering fresh genetic material there too.

Even if the cloning process is successful moving forward, it won’t be sufficient in itself to shift the species off the endangered list. “Successful genetic cloning does not diminish the importance of addressing habitat-based threats to the species or the Service’s focus on addressing habitat conservation and management to recover black-footed ferrets,” Noreen Walsh, Director of the Service’s Mountain-Prairie Region, points out. The recovery plan for the animals includes attempts to restore their natural habitat so as to give those in the wild the greatest possible chance of breeding.