This 2021 RAM 700 pickup is endearingly urban-sized

RAM has a new pickup, and you could well argue that the 2021 RAM 700 is perfectly sized for those who want open bed practicality without a huge footprint. There’s one big problem, however: right now, there’s no sign of RAM actually bringing its new baby pickup to the US.

That’s a shame, because from what we’ve seen so far, the RAM 700 is shaping up quite nicely. Announced for the Mexican market, where it will make a full debut in a few weeks time, the pickup isn’t designed to take on F-150 or even Ranger-scale rivals.

Instead it’s a compact model, with a bed that can carry just over 1,600 pounds. There’ll be single and double cab versions with two or four doors. In its largest configuration there’ll be space in the cabin for up to five people.

In that cabin there’ll be a 7-inch touchscreen infotainment system, with support for wireless Apple CarPlay and Android Auto. RAM is talking up the new pickup’s leather and cloth seats, plentiful storage bins, and the option of a cover for the cargo area, too.

There’ll also be LED headlamps, tire pressure monitor, a reversing camera, and all the usual electronic safety tech you’d expect. An electronic differential lock is also promised, though there’s apparently no all-wheel drive option. The standard engine is a 1.4-liter four-cylinder with a five-speed manual transmission, while a 1.3-liter turbocharged four-cylinder is an option. 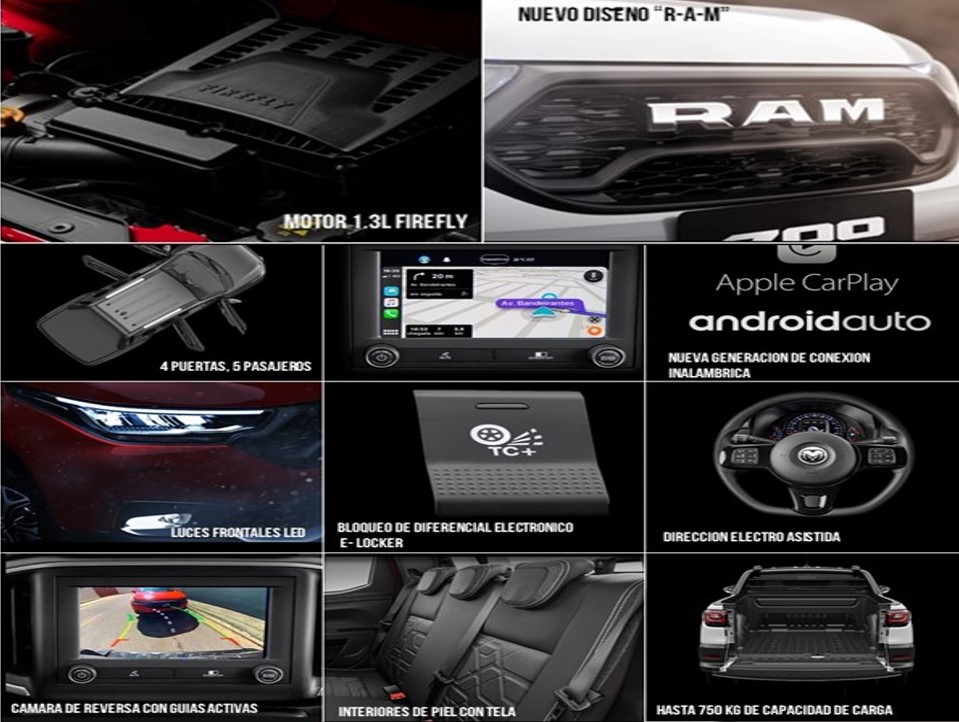 From the outside, the influence of the RAM 1500 is clear. While the 700 may be smaller, it still has an oversized grille with bold RAM branding, wraparound headlamps, and integrated roof rails. The base SLT will be offered in regular and dual cab forms, with big plastic bumpers; Bighorn and Laramie spec trucks will come in double cab configurations.

Certainly, for a lot of people the little RAM won’t be enough, and the roughly 880 pounds of towing capacity isn’t going to win it any awards. All the same, considering just how many people love the style of pickups – and the occasional practicality – but don’t really need one quite as large as what’s currently on offer in North America, you could easily make an argument for the 2021 RAM 700 as an alternative to compact crossovers. Pricing and more details will be confirmed next month.