Some car ideas take a little explaining, but others are so obvious you wonder why nobody else thought of them before. The 2021 Ford F-150’s Onboard Scales and Smart Hitch features, arriving later this year, fall solidly into the second category, making it much easier to figure out how close you’re getting to the maximum payload rating of your truck.

That can be a tricky thing to figure out, even if you’re a long-time pickup person. Different trucks can have wildly different ratings for payload in the bed, or how much you can tow, and factors like 2WD or 4WD, and the type of cab, will also change the numbers. Even if you know the rating, understanding just how close you’re getting to it in practice can be a headache. 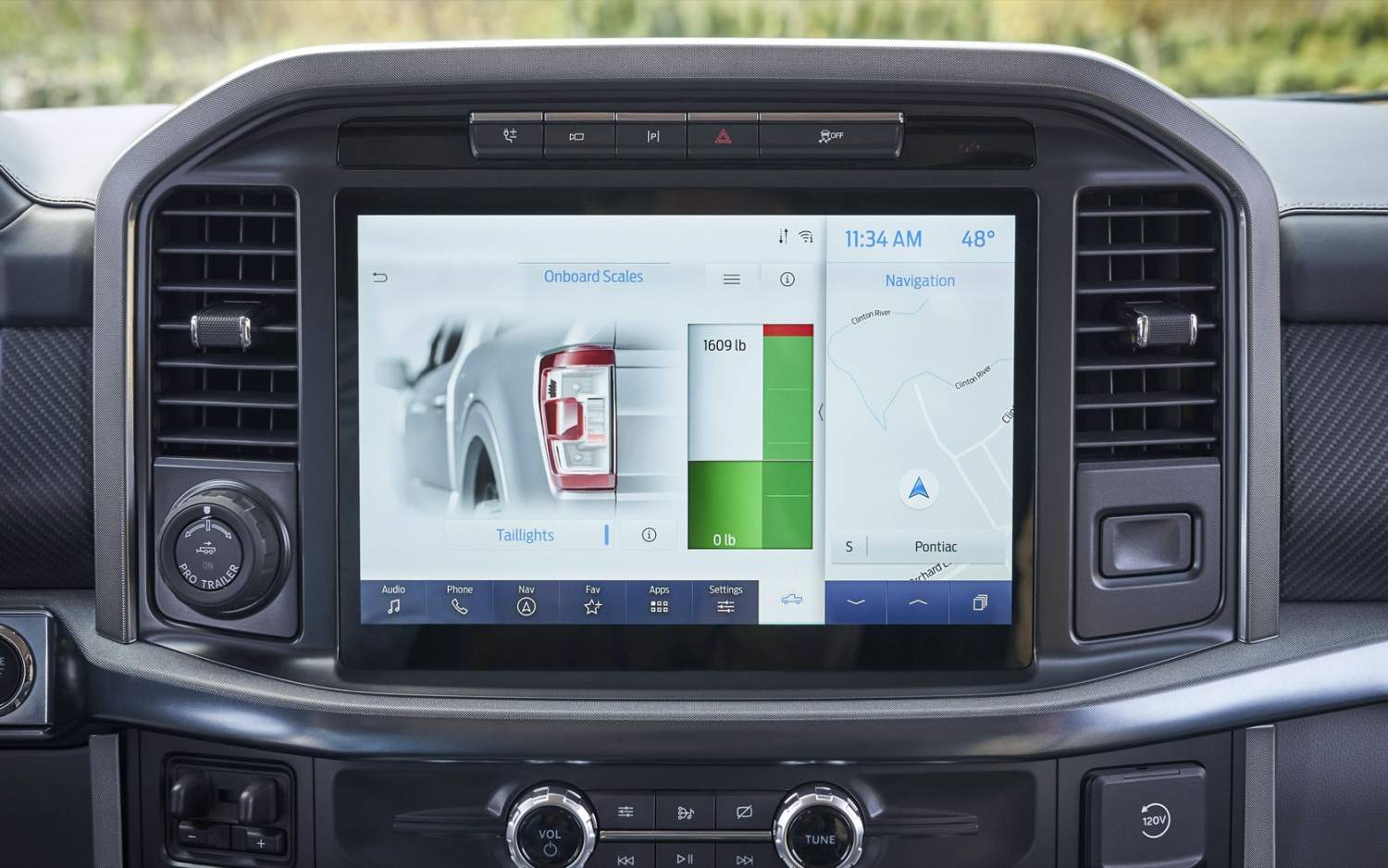 Ford Onboard Scales for the F-150 aims to answer that question, at least for the bed. Optional for the 2021 truck this summer, it’s basically a digital scale system built into the rear of the F-150. As you load it up, you get a read-out of the approximate payload weight. 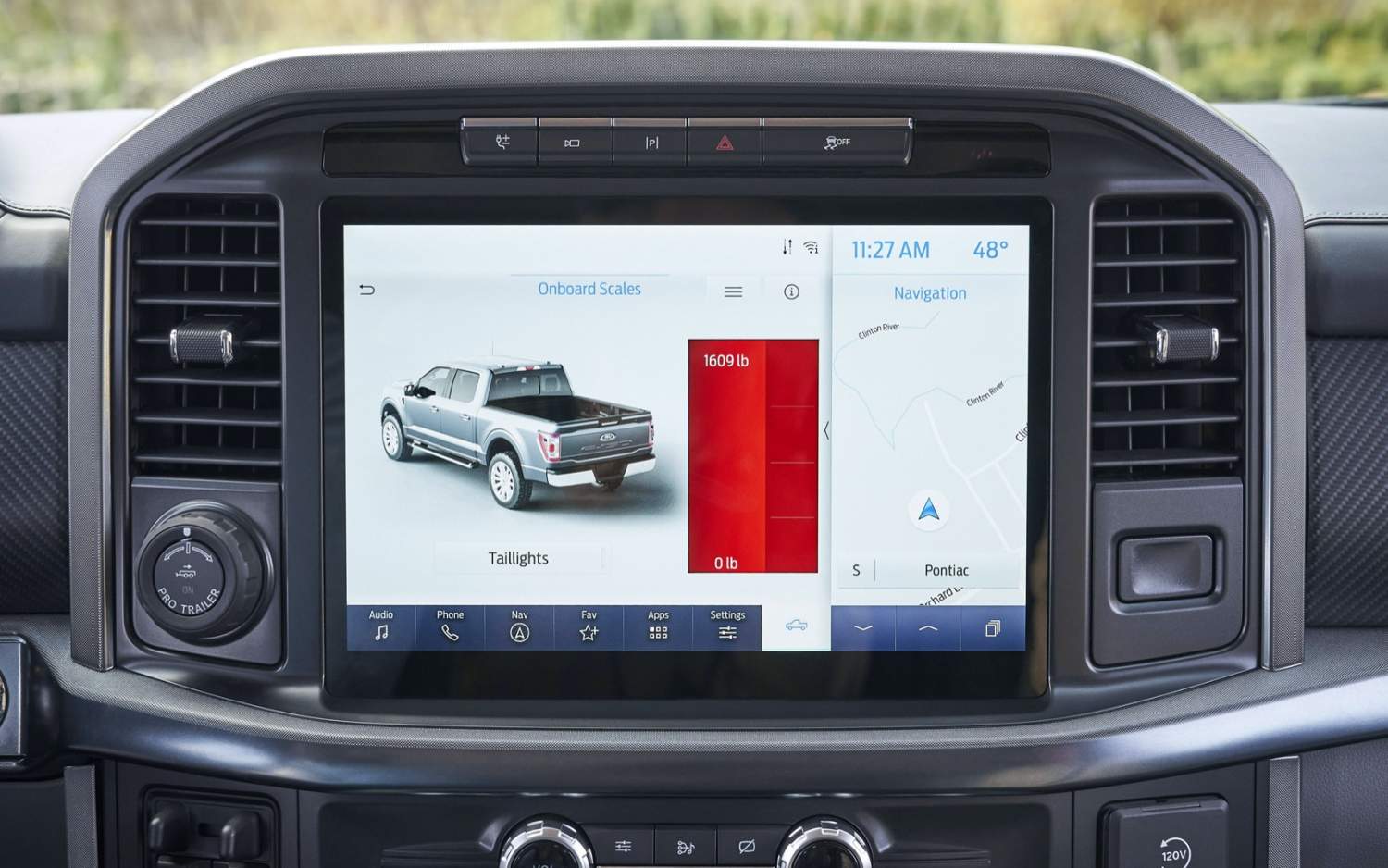 That figure is shown on the touchscreen in the cabin, or in the FordPass app for smartphones. Best of all, the smart taillamps on the truck show a simple graph of payload weight with stacked LEDs. Like a phone charge indicator, Ford explains, all four segments gradually illuminate to show you’re approaching the maximum amount allowed, based on the numbers specific to your F-150 configuration that are programmed into the system. 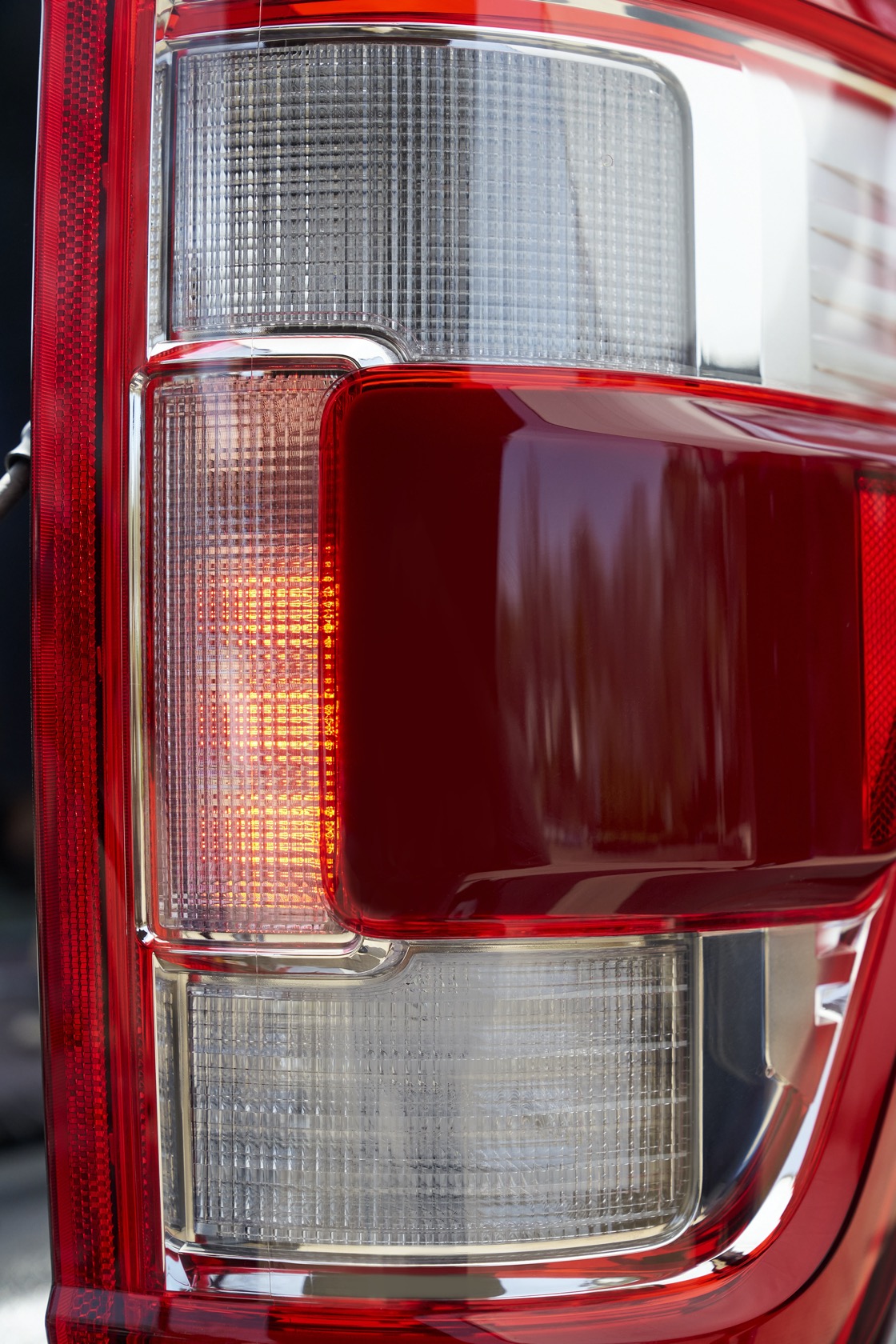 If you overload it, the top lights blink to warn you before you do damage to anything. A scale mode, meanwhile, zeroes out the current load an allows you to get an approximate weight of whatever you add to the bed. 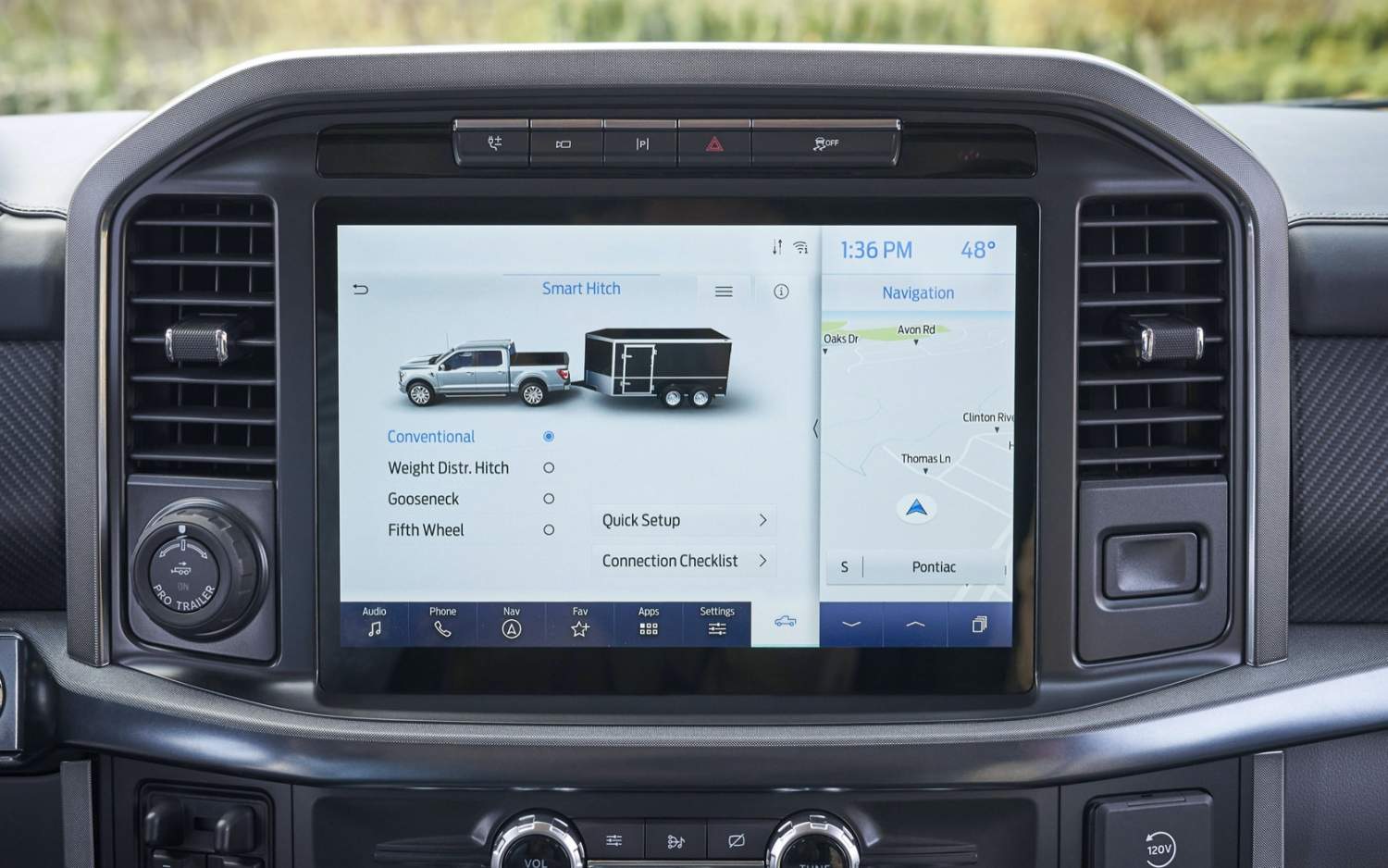 The other system is Ford Smart Hitch, which offers the same sort of measuring reassurance for trailers. When you hook up a trailer to the tow hitch, it measures the tongue weight. Once set up on the F-150’s dashboard touchscreen, the pickup can then give guidance on weight distribution or hitch overloading; you also get the same thing in the app, and using the smart taillamp system as with the Onboard Scales. 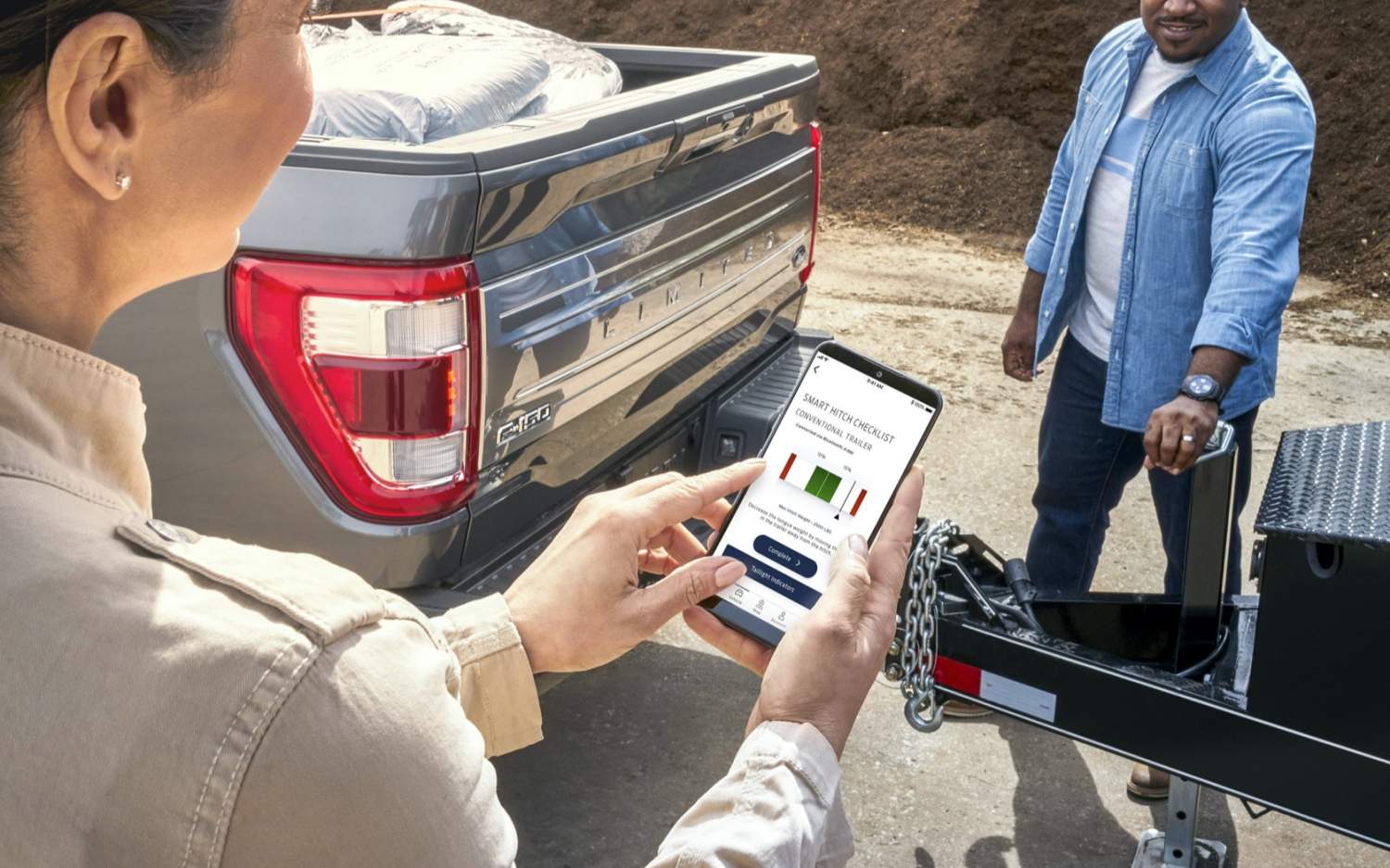 If the hitch weight is too high or low, that can be flagged as well, and the F-150 will be able to walk owners through properly tensioning a weight redistributing hitch. 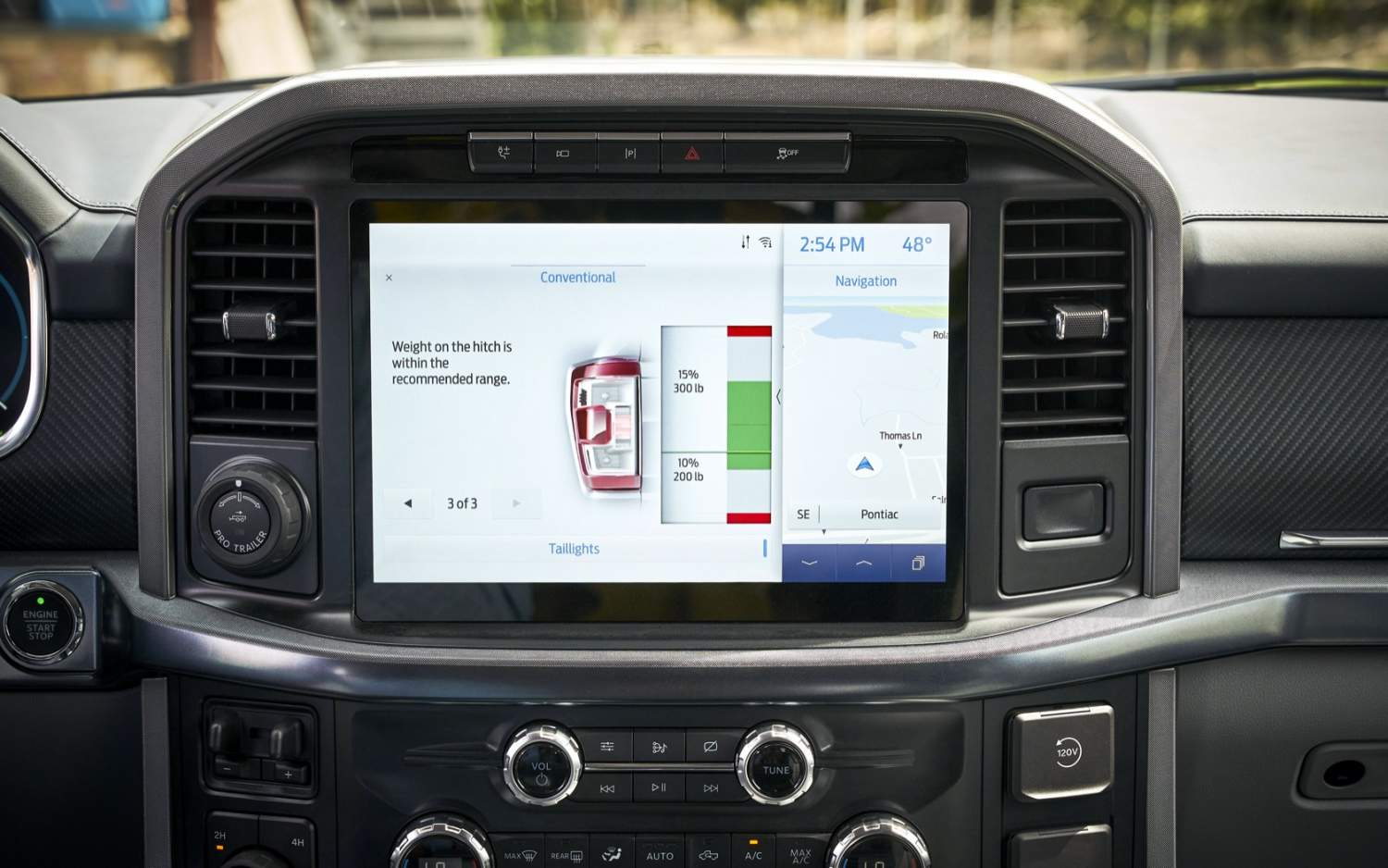 Although not required for the new weight-measuring features to work, the F-150 is adding continuously controlled damping to the suspension as an option as well. It relies on adjustable valves in the shocks which can tweak damping force, both from the state of the road underneath and – in Tow/Haul mode – the conditions of the trailer behind you. All three options will be available to order on the 2021 F-150 from early June, Ford says, with deliveries of the equipped pickups from late summer.