One person will own this singular customized pair of AirPod Pro earbuds, and they’ll be paying a cool $67,790 USD. That’s the quoted price from the AirPod Pro’s customizer group’s online storefront as of the morning of November 12, 2019. This could change, depending on exchange rates and all that. But really, once you’re up to the 5-figure amounts of cash for earbuds, you probably don’t care too much about a few hundred bucks difference for the final price. 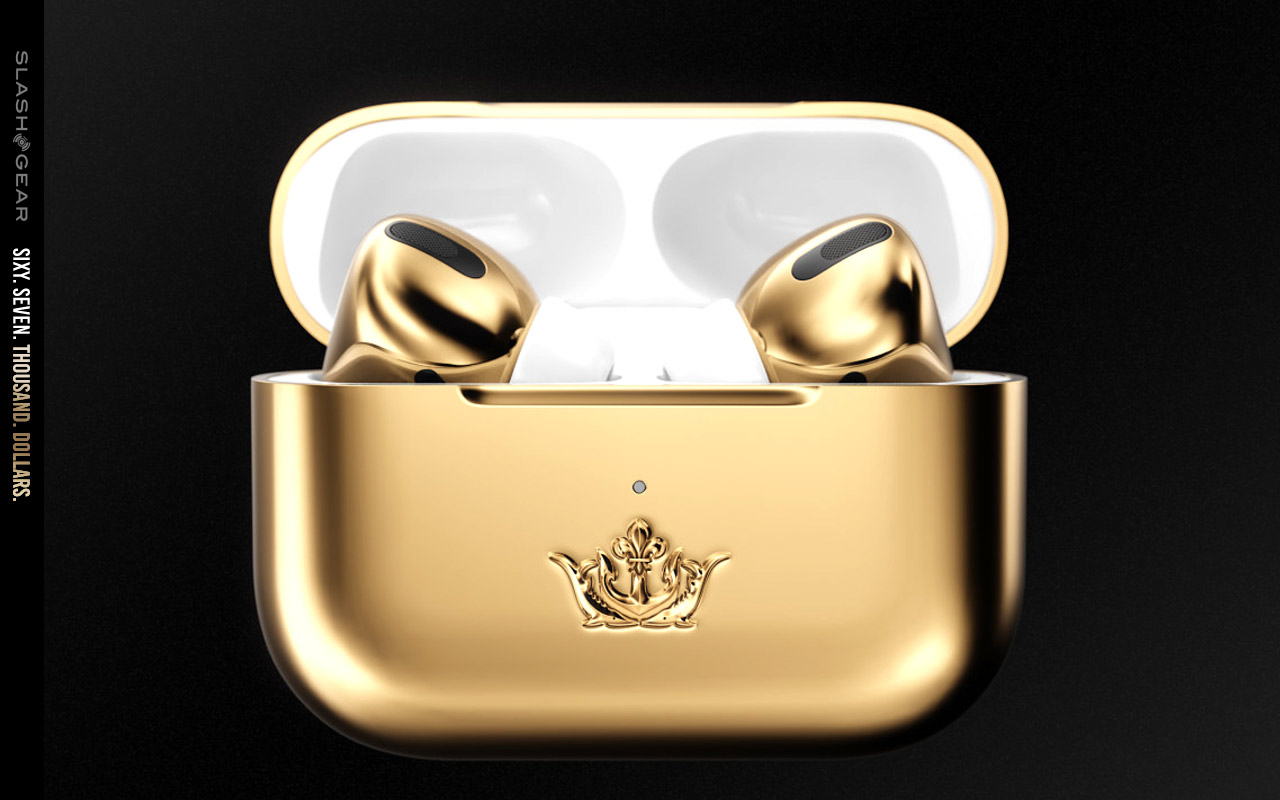 The earbuds themselves will work just the same as they do without said gold customization around their bodies. They’ve got the same functionality as before – the same size case as before. With the exception of the 3D crown element on the front of the case.

Inside the case is the same plastic and metal and etc that’s there without the customization, to allow for the exact same functionality as it had pre-customization. You’ve even got the same light up front to show when you’re charging and such. 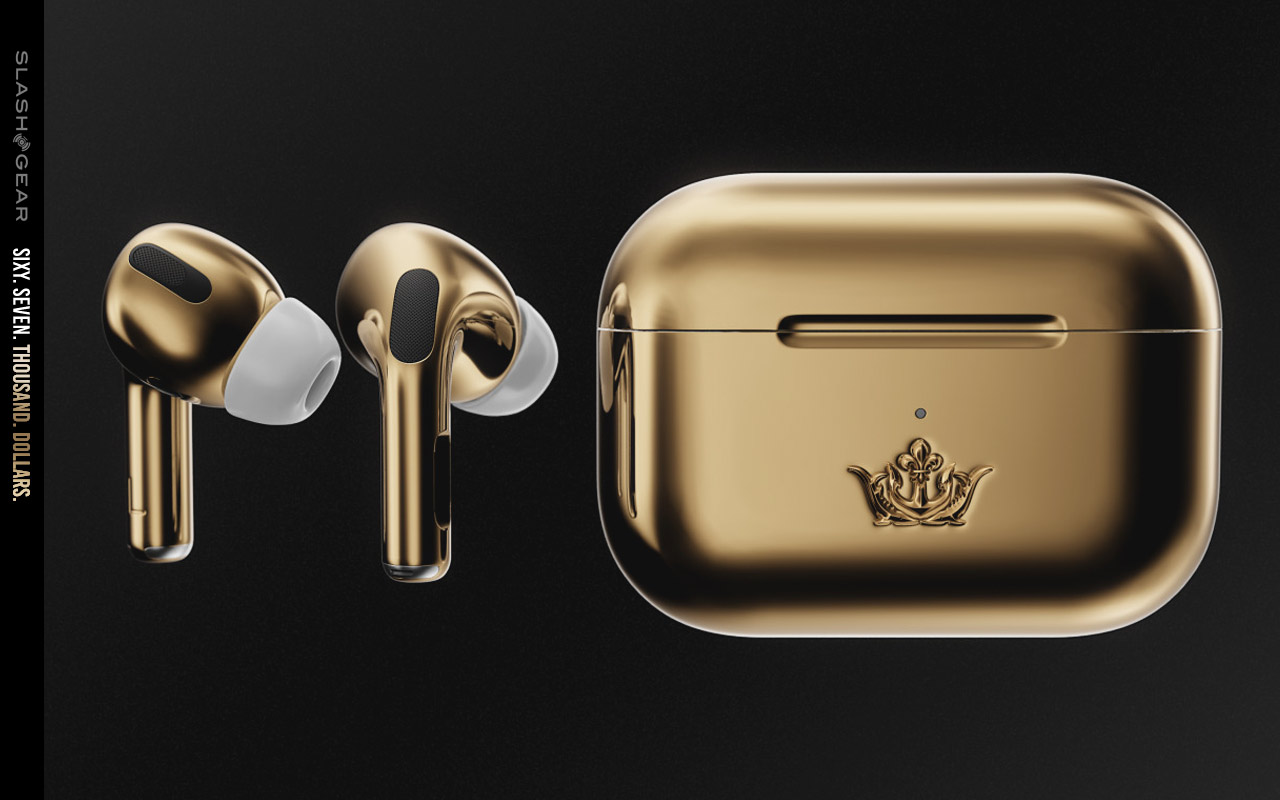 The package comes from the folks at Caviar. They’ve also delivered customized devices that we’ve described as “so unbelievably extravagant, they’re newsworthy” and “so over-the-top, they don’t seem real.” But all evidence we’ve seen suggests that everything we’ve reported on thus far was, indeed, very real – scary real.

If you want to see their full collection, you’re welcome to type “caviar.global” into your URL bar now. We take no responsibility for your actions from this point forward – especially if you pay thousands and thousands of dollars on a piece of technology dipped in gold. 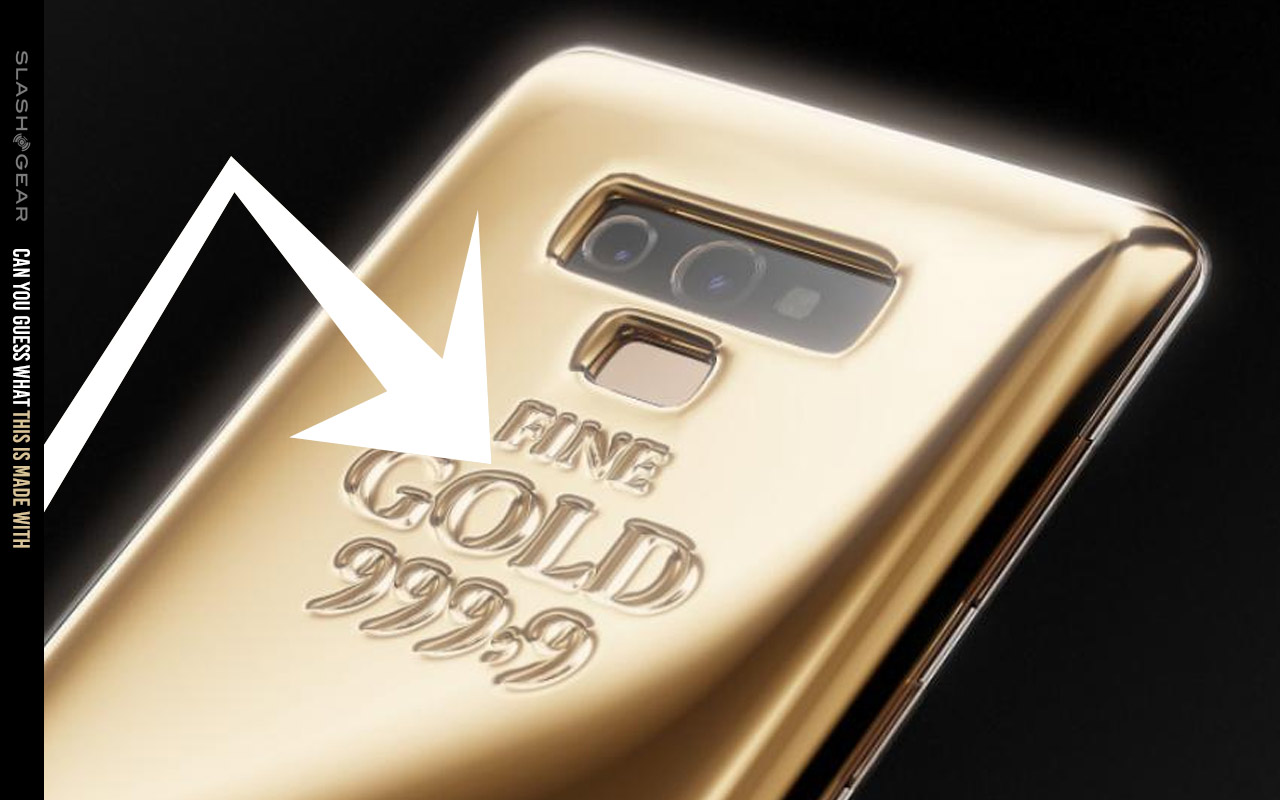 Have a peek at the timeline below to see other extravagant bits and pieces from the folks at Caviar. They’ve made custom iPhones and Samsung Galaxy smartphones with gold, silver, diamonds, and all manner of precious metals and jewels. You can even get a phone with a monster on the back!