These are Pokemon Sun and Moon’s Legendaries

Pokemon Sun and Moon (AKA SUMO) have two legendaries as of today – Solgaleo and Lunala. As you may have guessed, sunnier of the two will appear in the Sun version of the game, while the Lunar pokemon will appear in Moon. Despite their names, they will not be Sun Type nor Moon Type – nor any sort of astronomical sort of type. Solgaleo is a psychic/steel Pokemon and Lunala is psychic/ghost Pokemon. Both will be fully identified only when the game has been released, as it always is.

Both of these Legendary Pokemon have been around “since ancient times.” We’ve got full descriptions of both Pokemon below, as well as odd details thanks to Aloha region’s Professor Kukui. If you’ve not guessed already, this version of Pokemon is taking place in an alternate reality Hawaii. 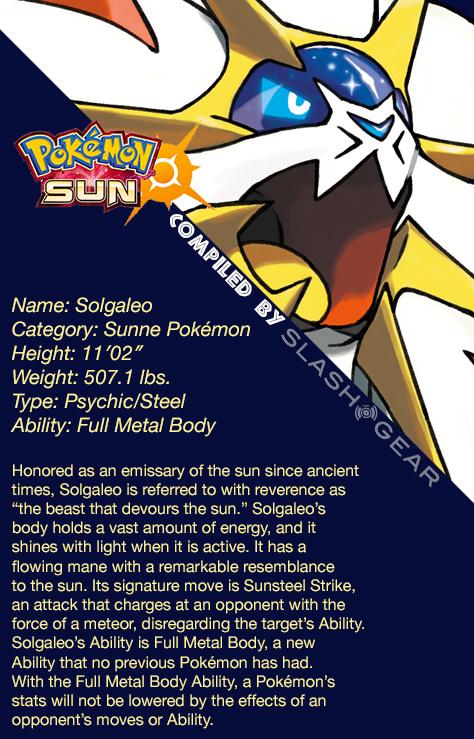 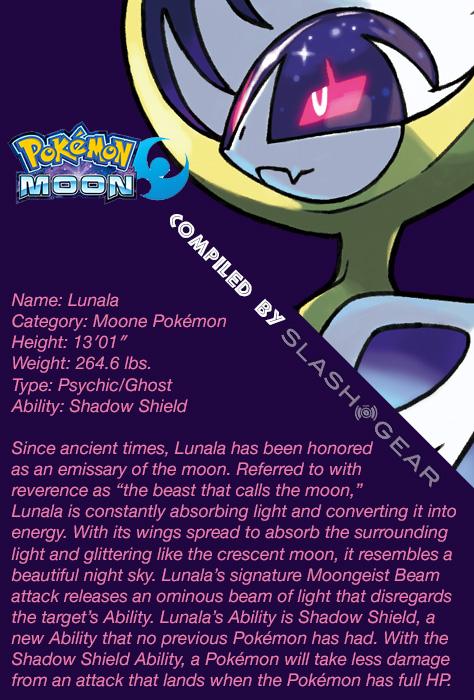 In addition to the two new Legendary Pokemon being revealed today, more information about a brand new Pokedex has been revealed. This is a ghostly Pokedex. Far more spooky than any Pokedex you’ve ever seen before. For reals.

This is the Rotom Pokedex.

“The Pokédex is a convenient tool that records information about the Pokémon that players see and catch during their adventure. In Pokémon Sun and Pokémon Moon, Professor Kukui provides a special Pokédex known as the Rotom Pokédex,” says The Pokemon Company.

“It is inhabited by Rotom, a Pokémon with the power to reside in various electronic appliances. The Rotom Pokédex does much more than record Pokémon info—it has its own personality. Besides showing the player’s current location and their next destination, the Rotom Pokédex also provides advice on where to go next, based on the conversations players have with other characters.”

You’re going to freak out when you see this game, more than likely. Above you’ll see the first gameplay trailer with the two new Legendary Pokemon, and below you’ll learn about the new Pokedex.

This game will be released in North America on November 18, 2016, “exclusively on the Nintendo 3DS family of systems.”