The Vision FINALLY revealed in Avengers: Age of Ultron poster

The final piece of the Ultron puzzle is finally here. Well, somewhat. Much is still unknown about him (or it), but Marvel has finally given the android Vision his very own poster and his proper place in the Avengers photo op. With this, the chessboard is set and ready for what is expected to be one of the biggest blockbusters this month. But given how Joss Whedon, with the blessing of Marvel of course, has tweaked the story a bit, Vision’s origin story and eventual role in Marvel Cinematic Universe.

If you know nothing of the Vision in the original comic book timeline, better skip this paragraph for possible spoilers. In the comics, it was the original Ant Man (Hank Pym) who created Ultron. In turn, Ultron created Vision to help him destroy the Avengers. But as luck would have it, Vision turned good guy and even developed a relationship with Scarlet Witch (cue anti-robot protests). He would be destroyed and rebuilt numerous times throughout history but remained a regular member of the team and Scarlet Witch’s lover (except after that one time she went insane).

Whedon took a lot of artistic liberties to change the plot in the Age of Ultron film (partly because of standing legal agreements between Marvel Studios and Fox. hint: mutants). It has been quite evident in the trailers that Tony Stark would be the hand behind Ultron. The question now is who will be the hand behind Vision. And how far will the film stray from his original comics biography. 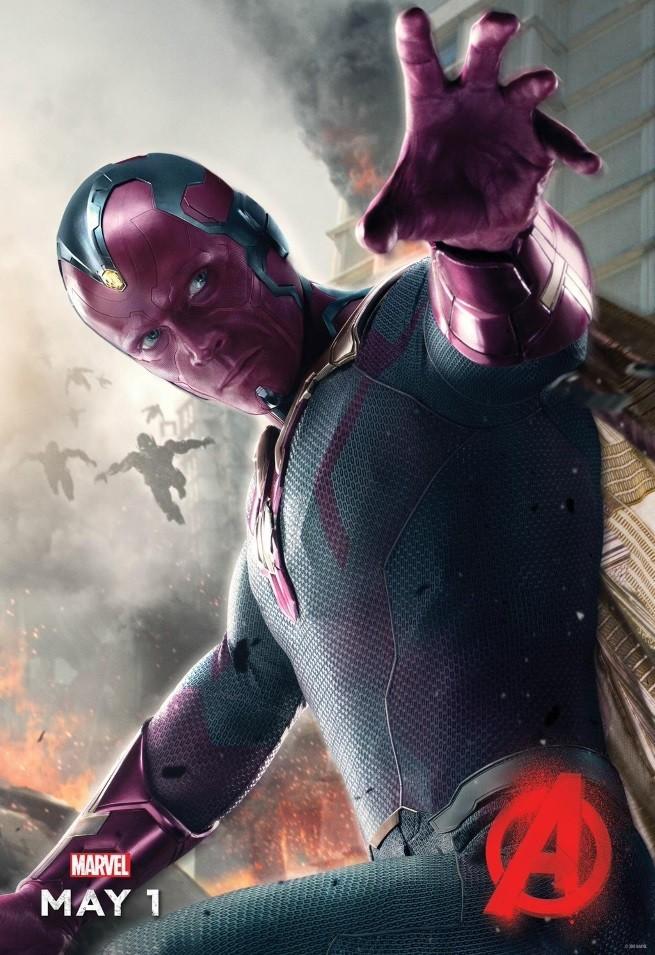 The Vision will be played by Paul Bettany, who happens to be the voice of J.A.R.V.I.S. in all three Iron Man films. Perhaps therein already lies one of the clues. Considering how several of the MCU’s films have been building up to the Infinity War event, there might also be breadcrumbs leading to that as well. Like the “Solar Jewel” on the Vision’s forehead reminiscent of the original Infinity War’s Adam Warlock.

The puzzle is almost complete. All that’s needed is two to three weeks’ wroth of patience waiting for Avengers: Age of Ultron to premiere.