The top apps of September: What you’re not missing

Today the folks at Sensor Tower delivered a list of top app store downloads for iOS and Android devices for the month of September, 2020. This list has a bunch of entries you’ll likely expect, like TikTok and YouTube, but a few that you might’ve never heard of before, like Snack Video. Suffice to say – we’re dealing with a COVID-19 universe in the app market right now: these lists make that very clear.

In the Sensor Tower lists, we’ve got three lists. This information includes does not include downloads from third-party Android stores in any region, only those from the official Google Play app store and the Apple App Store. These lists should give you a good idea of what most people in the world are downloading in the non-game realm for the month. 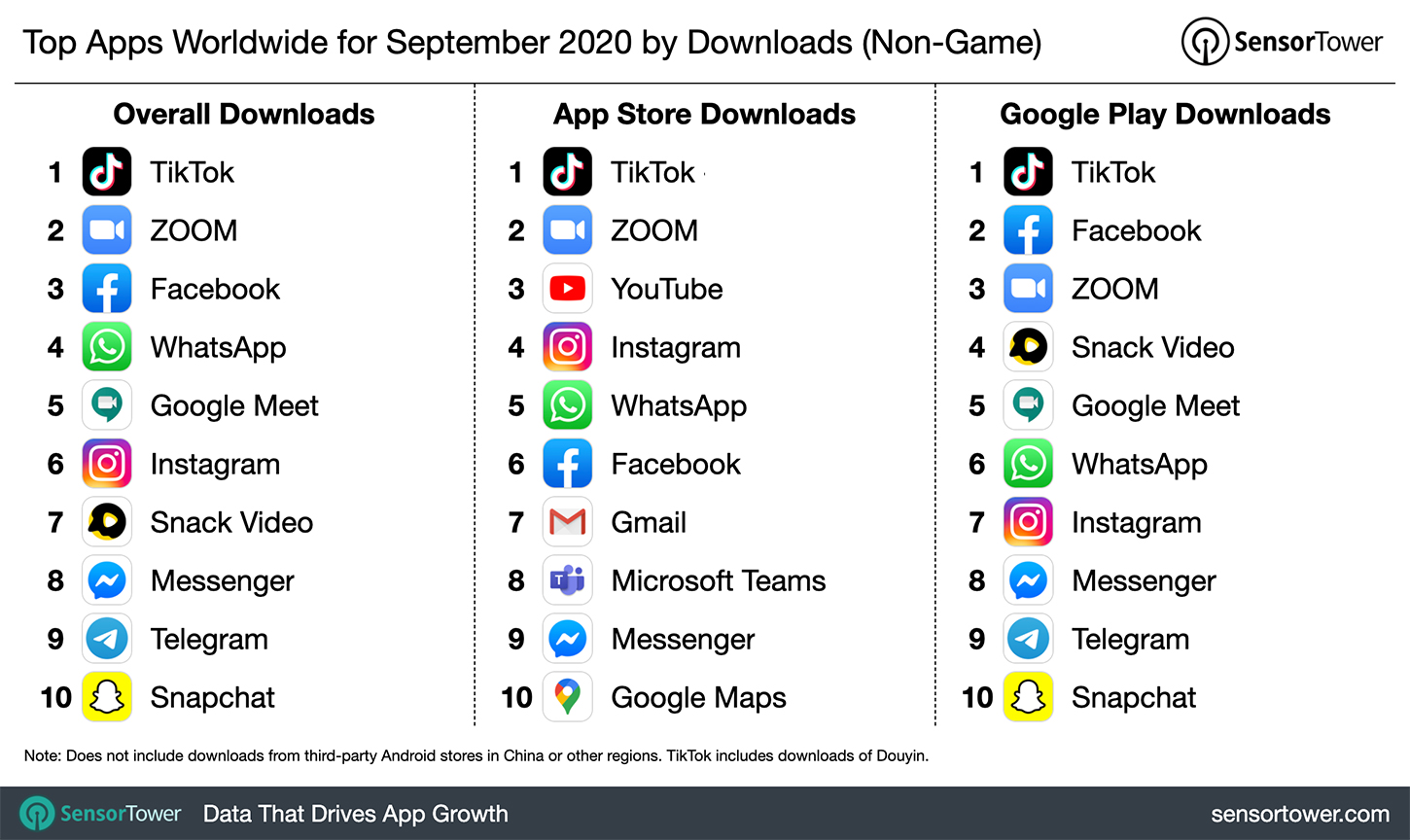 Once we get to the second-most downloaded spot, the differences between app stores is major. Facebook takes the second spot on Google Play, while the iOS iteration of Facebook is all the way down in the 6th spot for iOS. While WhatsApp and Instagram are the 5th and 4th spots for the Apple App Store, they represent the 6th and 7th spots for Google Play.

YouTube is one of a few strange entries, here. While YouTube is the third most downloaded app for the month in the Apple app store, it does not appear in the top 10 for Google Play or the overall top 10 at all. You’ll notice a similar setup with Gmail, in 7th place for iOS, and Google Maps, in 10th for iOS, neither appearing for Google Play or the overall downloads top 10.

This happens in this list because Sensor Tower excludes all pre-installed apps from the lists – which means that unless a Google app is not pre-installed on Android devices, it does not appear in the Google Play top 10 at all.

Microsoft Teams appears in the 8th spot for the Apple App Store for iOS, but does not make the cut for the other lists. Snack Video makes the FOURTH PLACE cut for Google Play, and 7th place overall, but doesn’t appear in the top 10 for iOS.

ZOOM and Google Meet made waves over the past few months because of our current global pandemic for COVID-19. Distance learning for school and remote work made ZOOM a household name, and Google’s been making big pushes to remind users that Google Meet is an option that’s just as good or better than what Zoom offers. 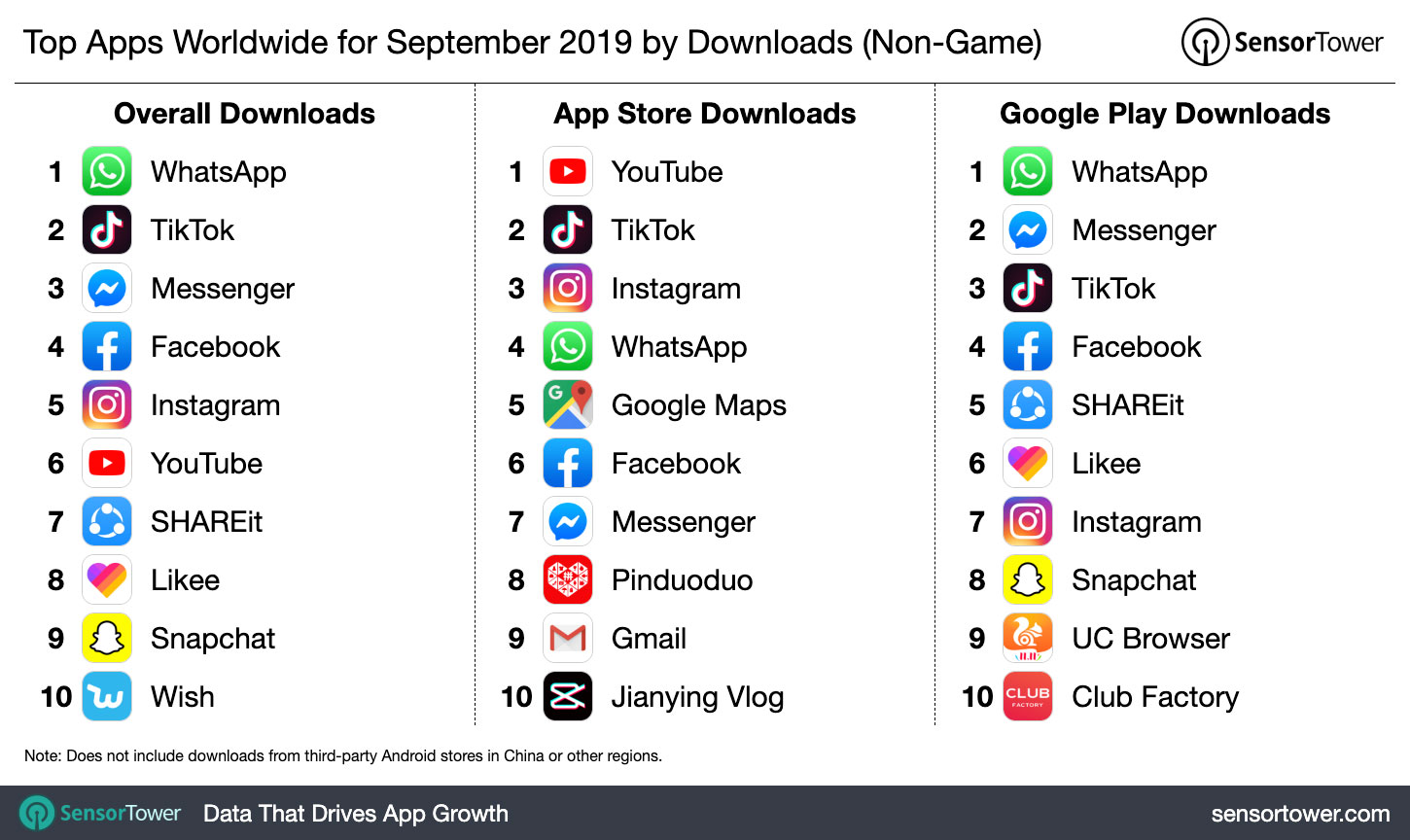 Above you’ll see the same rankings by the same group, Sensor Tower, for the month of September 2019. Zoom is nowhere to be found, and the app Jianying Vlog appears at the same time as TikTok while it’s included in the TikTok count in 2020. Apps like Pinduoduo, UC Browser, and Club Factory appeared courtesy of major influxes of new users in international markets, and Facebook Messenger was right up at the top of the list with WhatsApp for downloads – here in 2020, they’ve slipped considerably.