As recipes go, “a better phone for less money” can’t really be argued with, and that’s just the strategy Samsung seems to have followed with the new Galaxy Z Flip 3. Third generation of the smaller clamshell design, the Flip 3 may fall slightly in the shadow of its larger, flashier (and considerably more expensive) Galaxy Z Fold 3 sibling, but even after a few days it feels like the more exciting product.

The Flip line – which began with the Galaxy Z Flip and then the Galaxy Z Flip 5G which, as the name suggests, added a 5G modem – always seemed like it should have more mainstream appeal. After all, while a big phone that unfolds into a tablet is eye-catching, for most people the reality is that their current phone is big enough for day to day use. 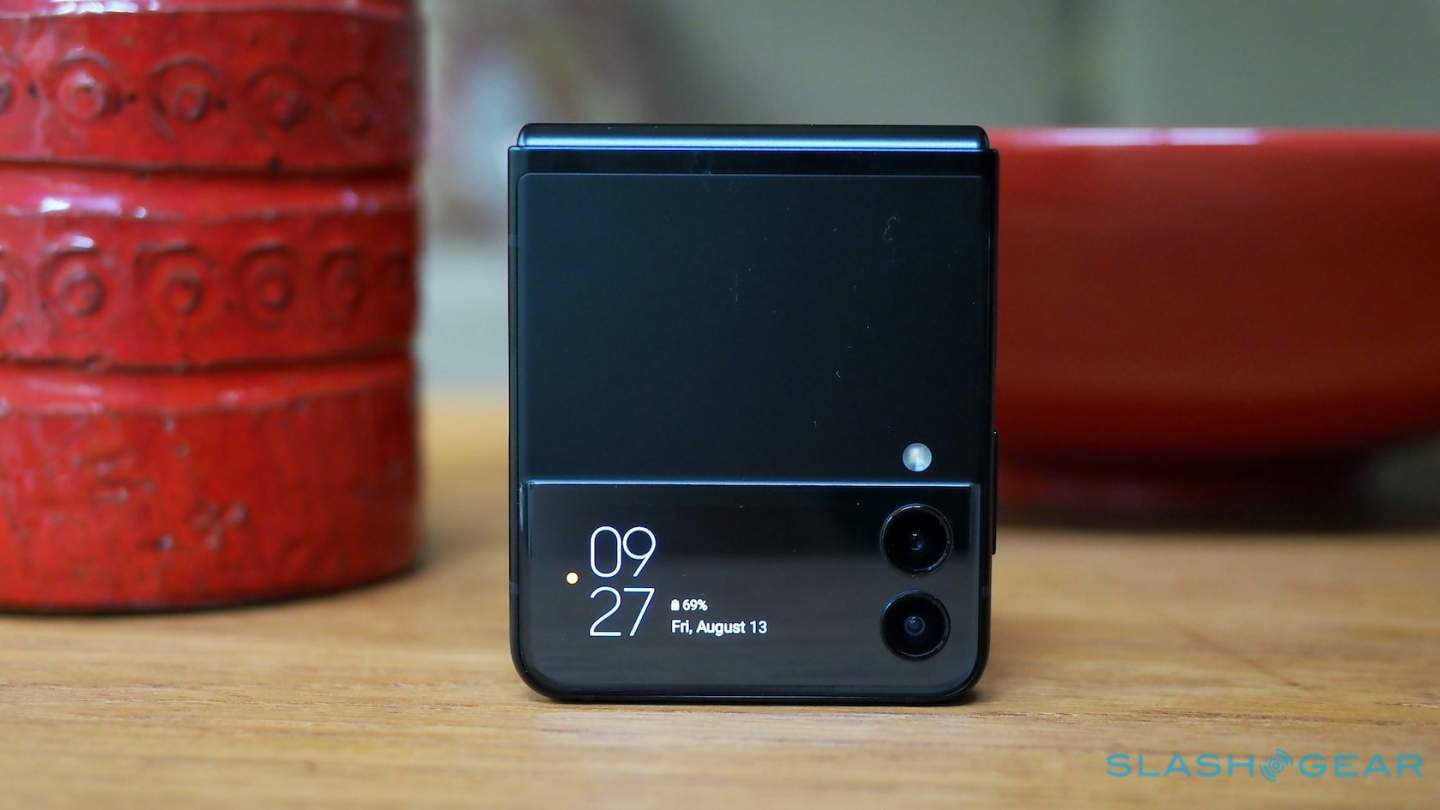 What many people want is something more portable – whether that be because they need it to fit into a smaller pocket, purse, or bag, or simply because the idea of carrying a big, inflexible glass slab is unappealing at this point – and preferably with less concern about breaking an expensive touchscreen. Having a regularly-sized handset that folds in half, protecting the display inside in the process, seems like a pretty darn good way to achieve all that. The biggest hurdle has been price. 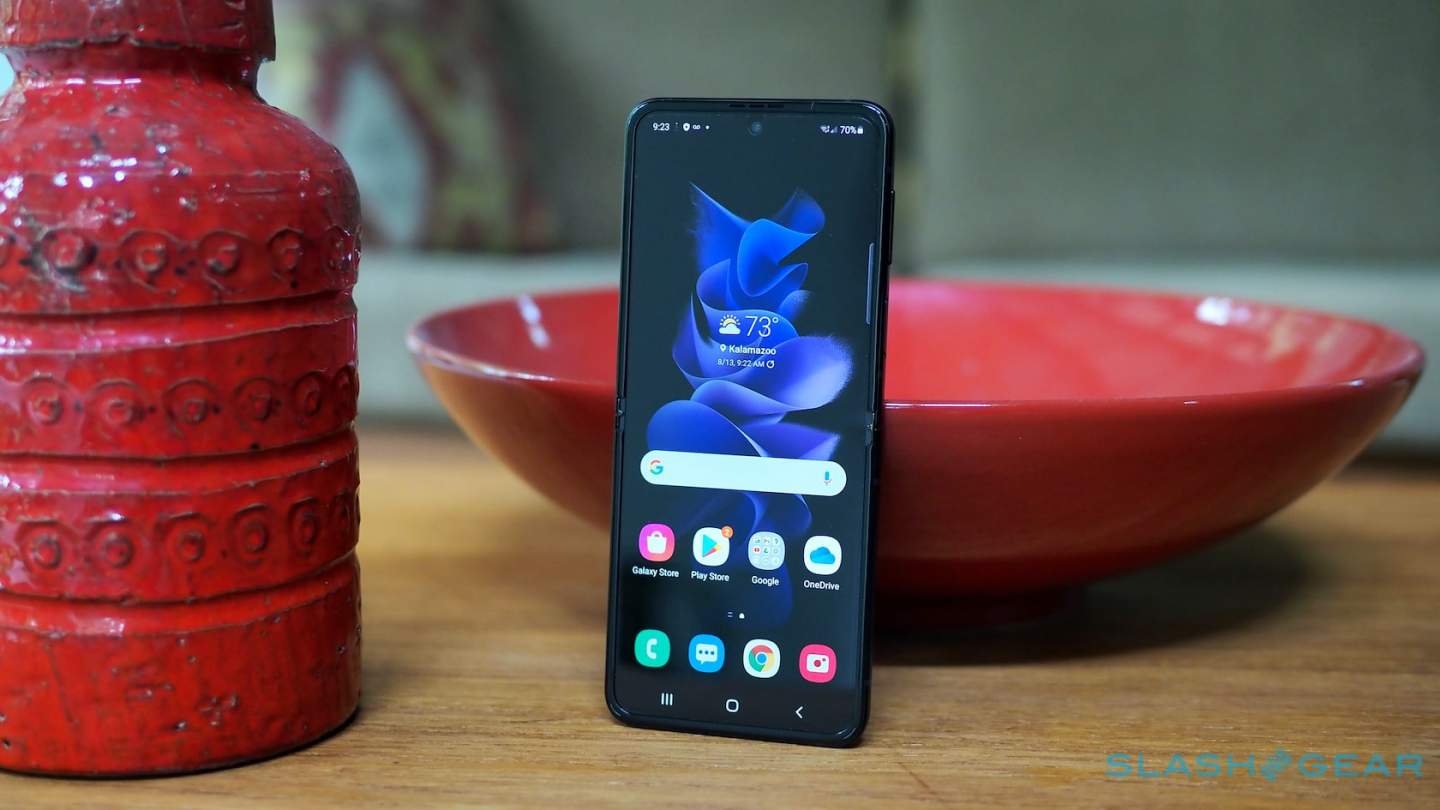 Samsung seems to have figured out, to some extent, how to build foldable AMOLED without it breaking the bank. That’s not to say a lower-priced parts list is the only improvement, mind. The Flip 3’s foldable screen has tougher cover glass than before, and it’s now a 120Hz panel too, something that once you’ve experienced it on the Galaxy S21 series, it’s tough to go back from. 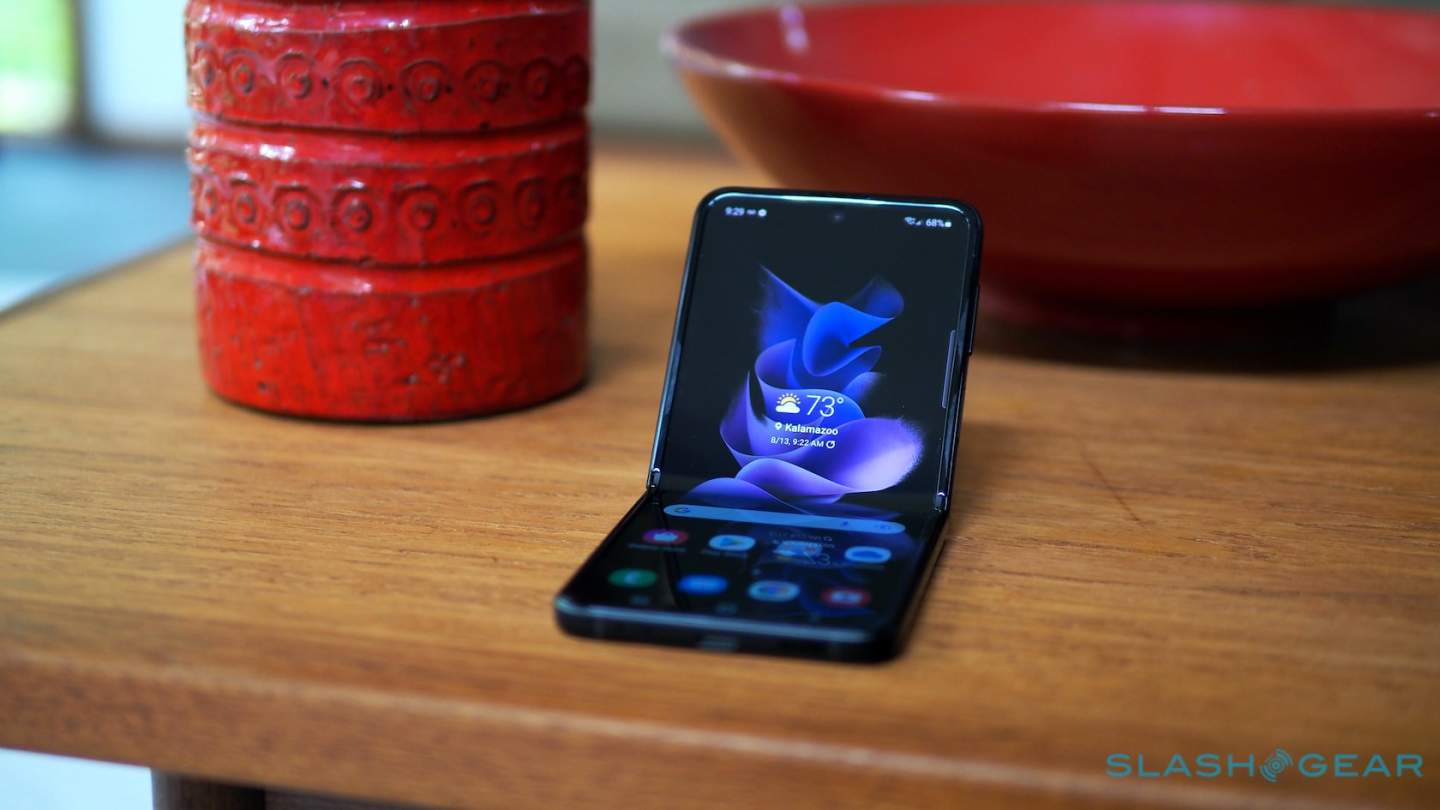 The $999 price may be lower than the old $1,300 Flip 5G was, but the exterior is sturdier with nicer-feeling metal. The whole thing is now water resistant, too. I don’t plan on going swimming with the Flip 3 in my pocket, but not having to baby your fancy smartphone when it’s raining is a big advantage. 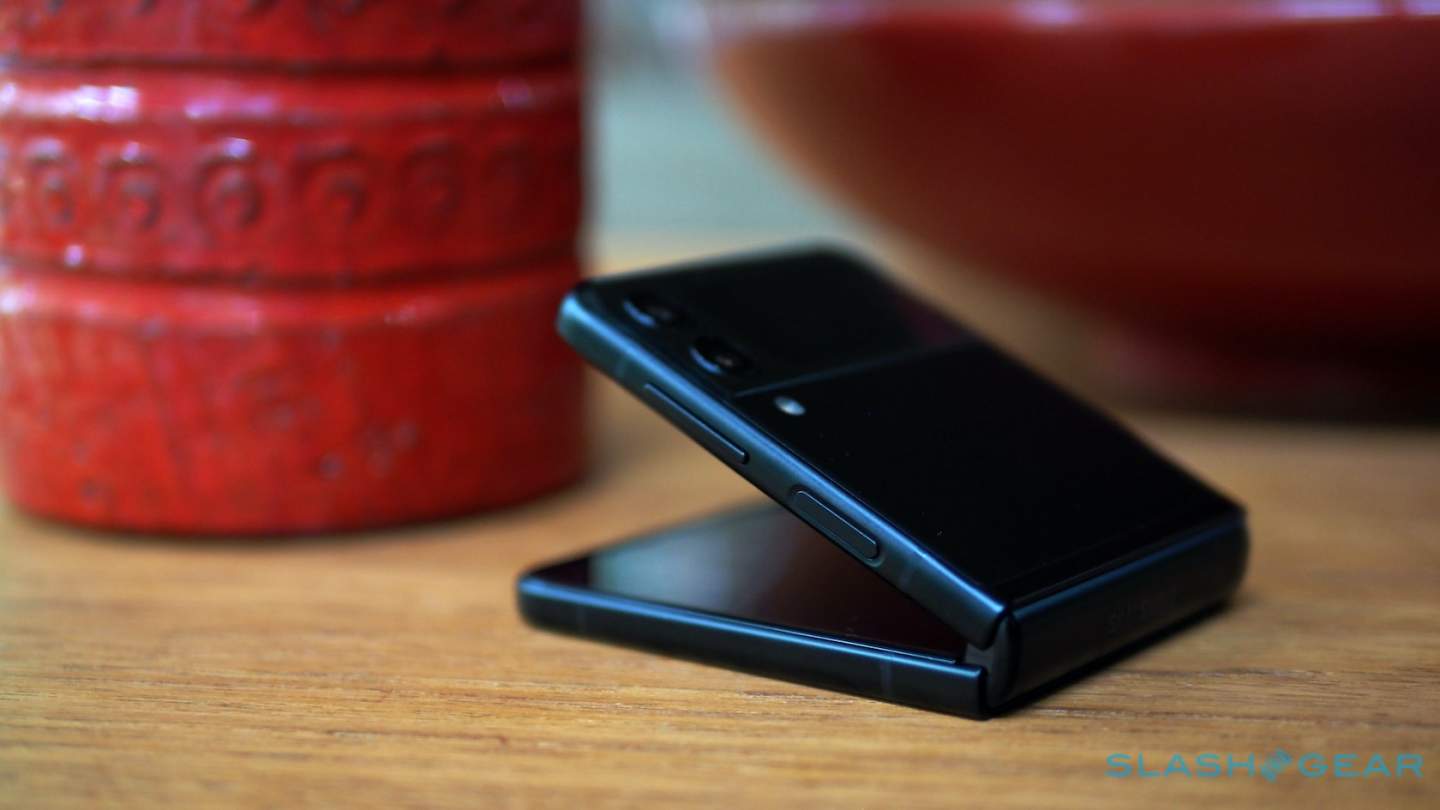 In fact, after just a brief time with the Flip 3, that sense of it – and the technology – finally being ready for prime time is what simmers to the top. Sure, it still feels futuristic, and there’s something undeniably pleasing about a device which changes shape in some way. I still think back fondly on the old days of the original Motorola StarTAC, even if back then functionality like text messaging felt like witchcraft. 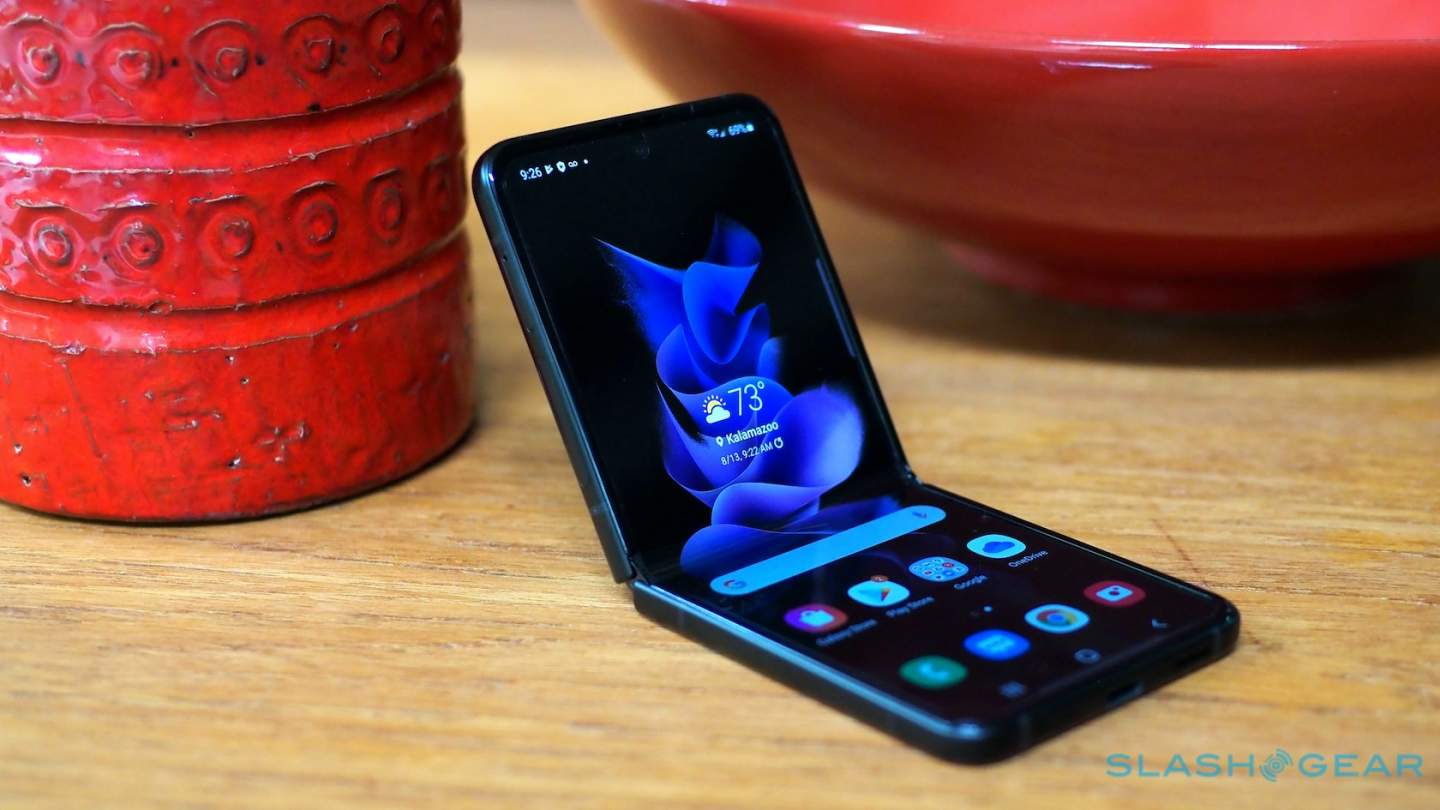 Yet at the same time, I also don’t feel like I’m having to compromise day to day in order to get that futuristic feeling. The Galaxy Z Flip 3 is priced the same as a Galaxy S21+, and that means the big decision comes down to whether you want a foldable or a slab. Both use Qualcomm’s Snapdragon 888 chipset, both have 5G support, and both have that great 120Hz display. 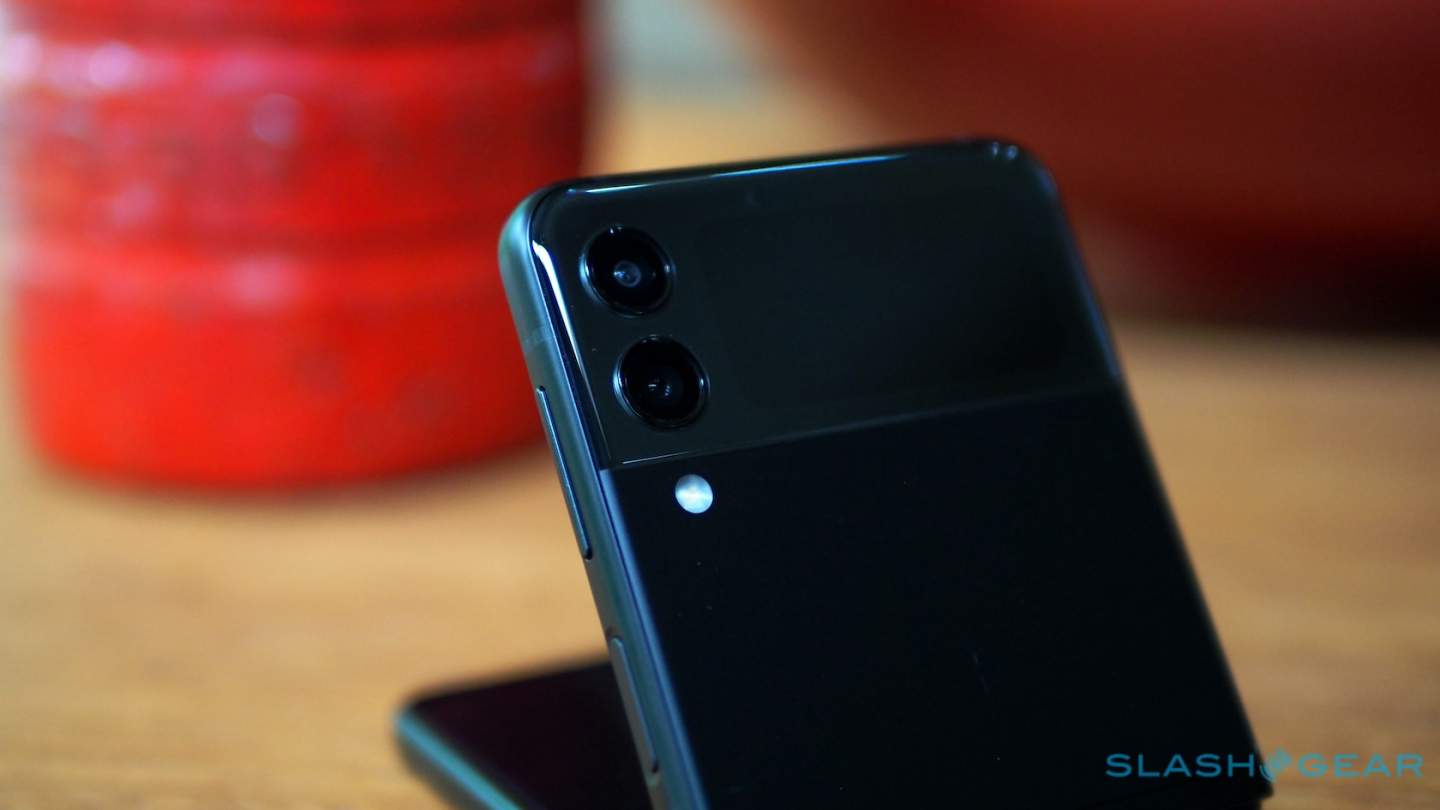 The S21+ packs a zoom, but the Flip 3’s 6.7-inch screen folds, and that doesn’t seem a bad thing to have to choose between. What helps swing it in the clamshell’s direction – and I say this as someone who uses smartphone zoom cameras a lot, much more than I do ultra wide cameras – is the cover screen, which finally feels usable. 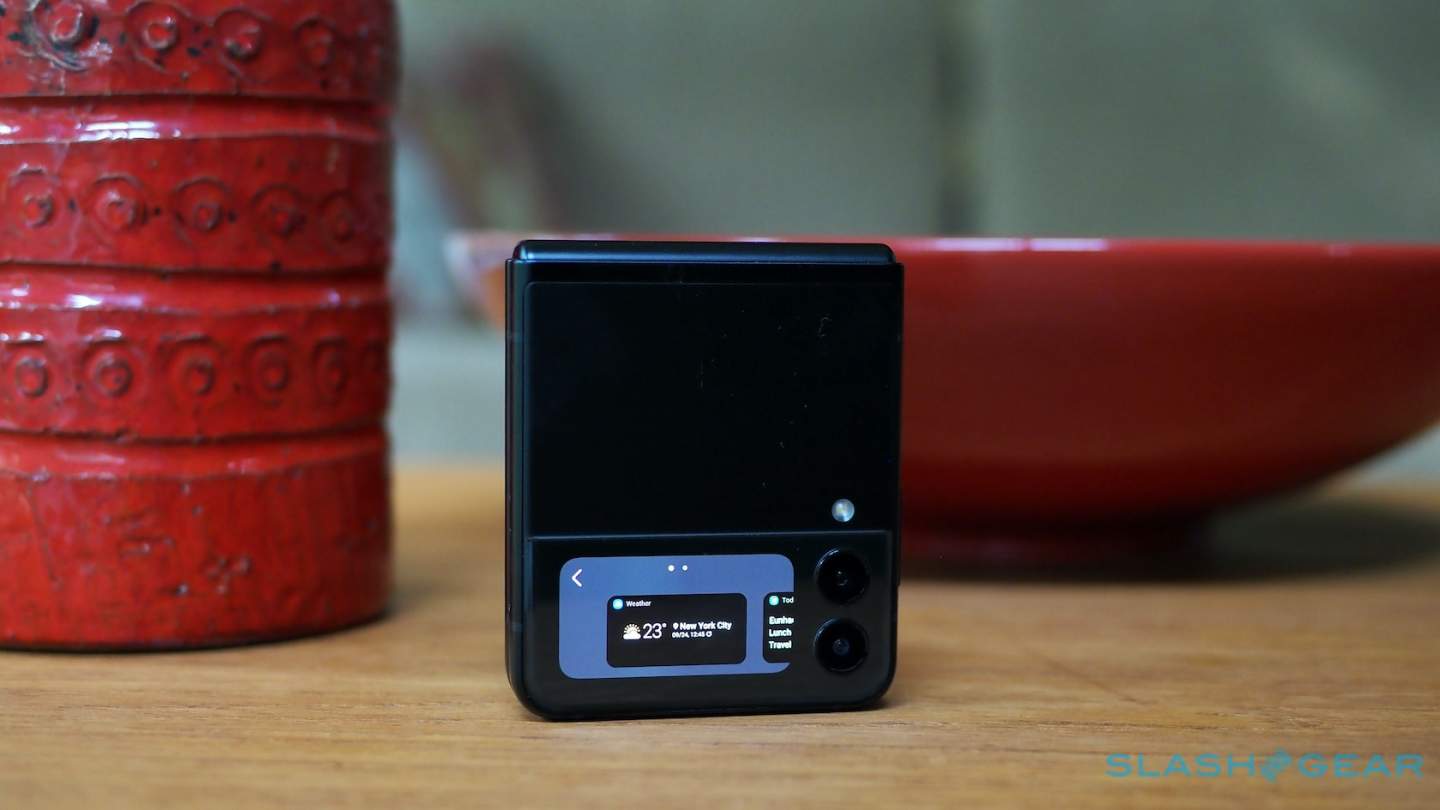 Trying to navigate the old Flip models via the external display was uncomfortably reminiscent of using an old-school pager. The Flip 3’s screen is much larger, can show multiple lines of text at once, and makes it far easier to navigate media apps, notifications, and even frame selfies. Ironically, that means you can do more without opening the Flip 3 up at all, but considering there are times when you just want to use a device one-handed that seems like a good thing in the overall scheme of things. 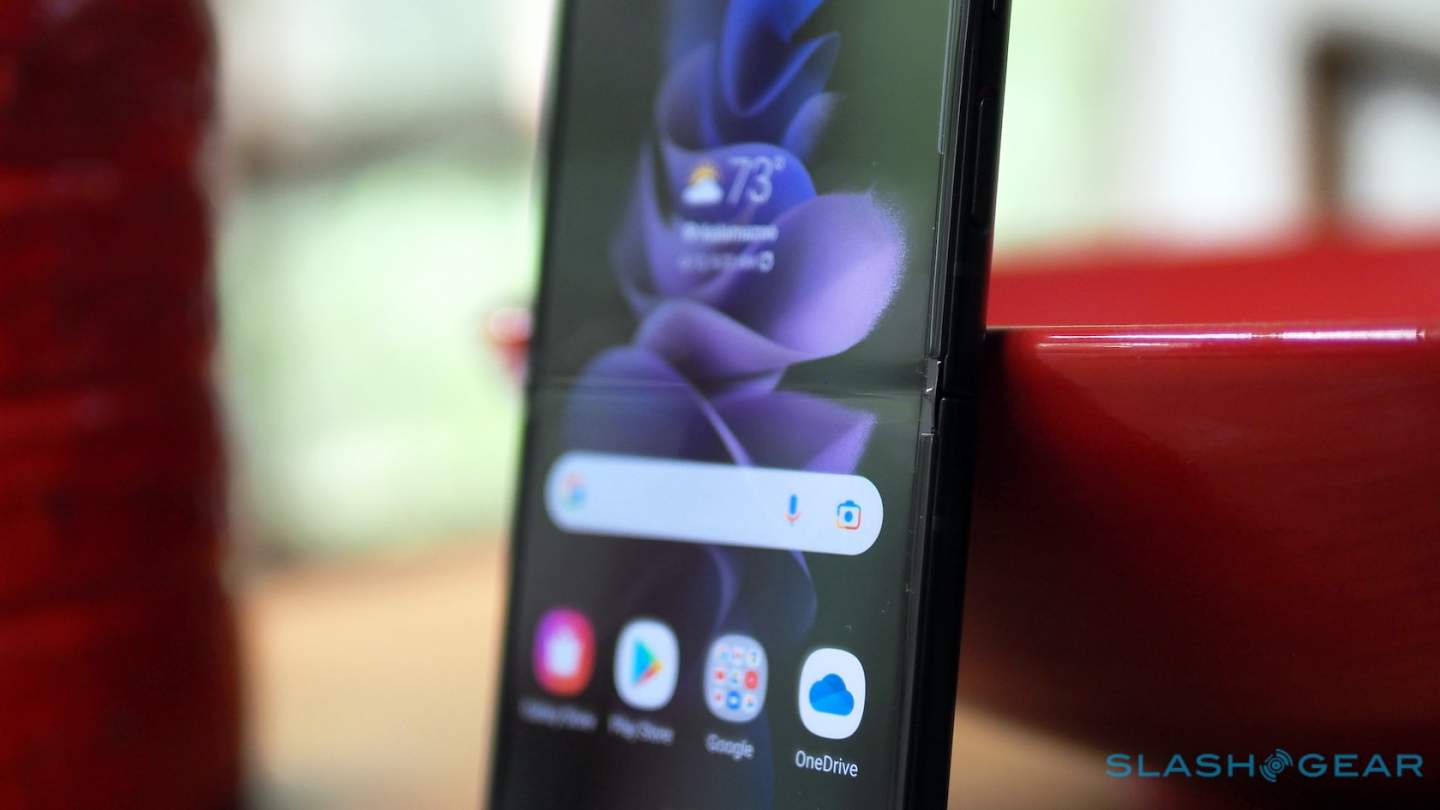 There are still some points of concern. Waterproofing may be new, but it’s IPX8 not IP64: water may no longer be the Flip’s mortal enemy, but dust can still foul up those moving parts inside the clever hinge. The screen is tested for 200,000 folds, and has a new protective film to make it more durable, but cutting-edge technology always has the potential to bite you as the kinks and rough edges get worked out. There’s a visible crease still, too, though I find my eyes have already stopped really noticing it. 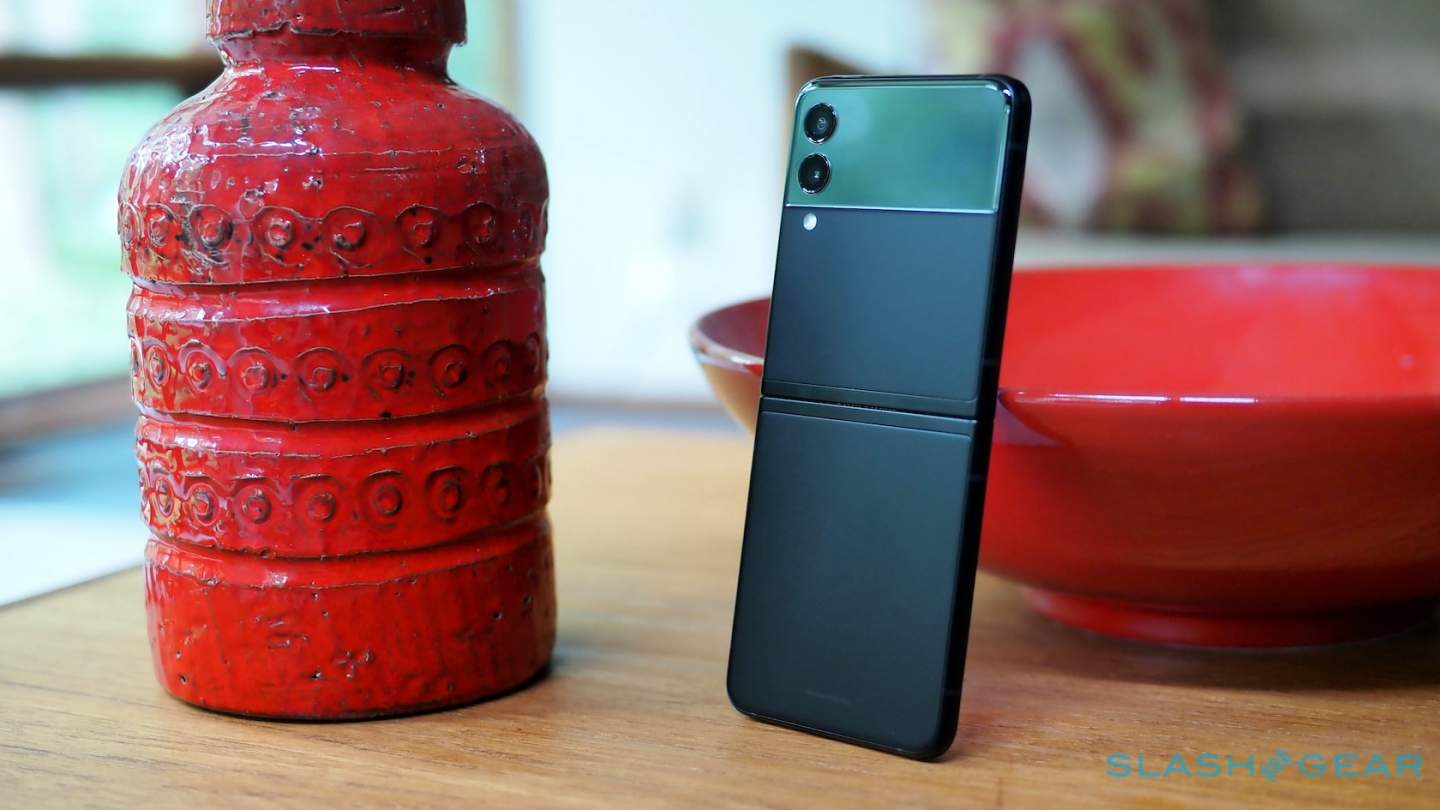 All the same, on balance I’m more excited about this Galaxy Z Flip 3 than I have been about a lot of foldable devices – or phones in general – in recent years. While the more attainable price definitely helps there, it’s the fact that the tech and the form-factor now seem to be catching up with how people use their smartphones every day. 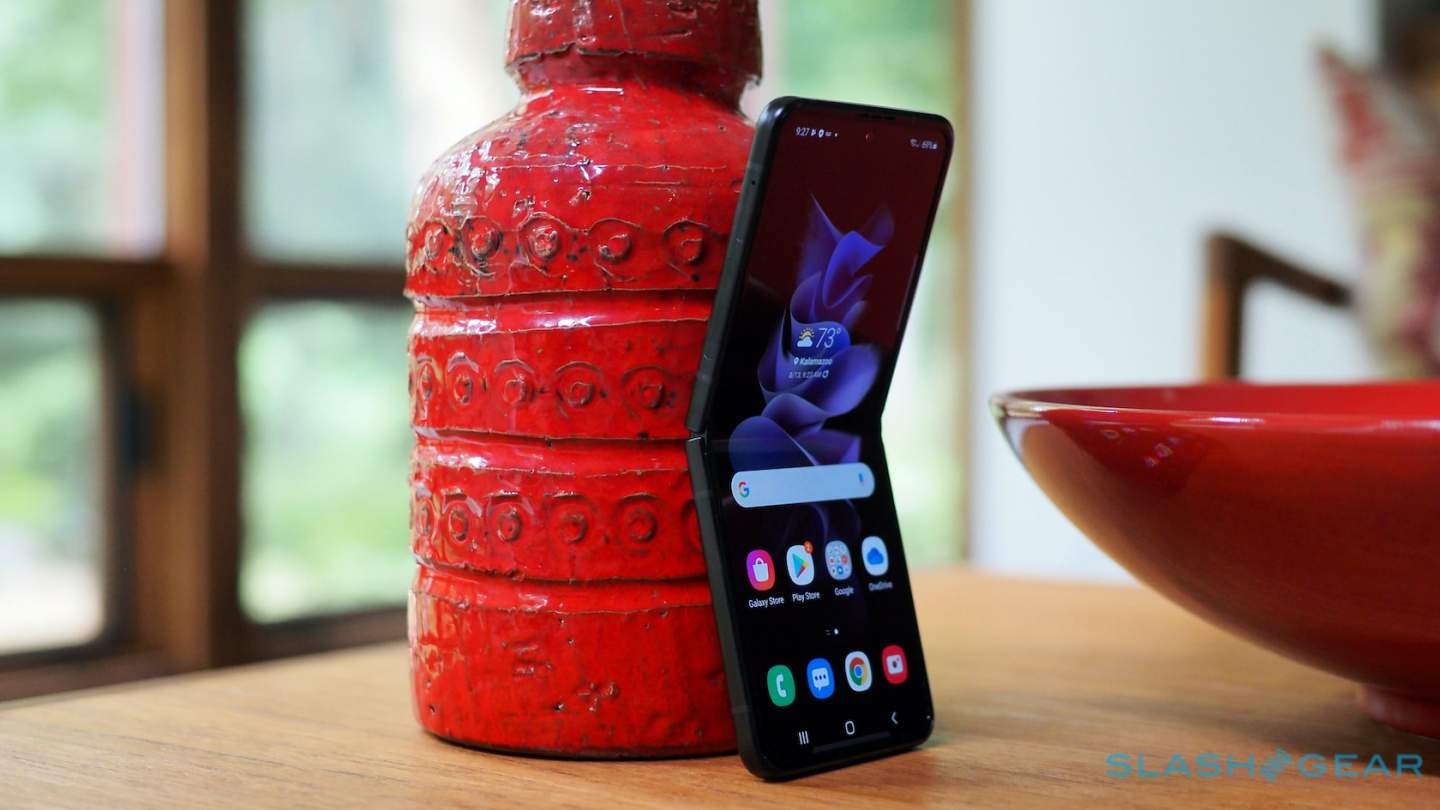 With the old Flip models, it felt like you’d buy it because it was a foldable first, and then figure out how to handle the downsides to that. Even after a relatively short time with the Flip 3, though, the downsides list seems is a lot shorter. It’s a good phone that just so happens to fold in half too. Expect a full Galaxy Z Flip 3 review soon.