Google’s Android operating system has proven itself a growing force to be reckoned with as adoption rates among manufactures and consumers continue growing at considerable rates. I feel that Android 2.1 has finally reached a point where it is ready for the mass market. I’ve also had the opportunity to use a Nexus One with the next release 2.2, AKA Froyo, for the past month or so, and have found it even more ready for the mass market and perhaps even the enterprise.

Android continues to advance in virtually all areas and compared to Apple’s iPhone OS, it represents the only really viable alternative, for now. As I pointed out in my last article The Fate of Windows 7, Microsoft is way behind this curve, and even if they were caught up at a pure OS level, they are still at least two years behind on the the app ecosystem. Conversely, Android is well behind Apple with the core apps.

Apple takes many of the core app experiences into their own hands and develops them internally to be included out of the box with every iPhone, iPod touch, and iPad. It seems as though Google’s approach at least for now is quite different. They would rather it be more about the developers who provide those apps in the marketplace, leaving it up to the consumer to go and find the core apps that suit them best. There is nothing wrong with this approach and, when using Android, I went out and found some great apps to replace the ones bundled with the smartphone. This approach really is great for developers because it encourages all kinds of app innovation. It is even great for those customers who want to completely customize their mobile device and enjoy the thrill of the hunt to find those prized applications. 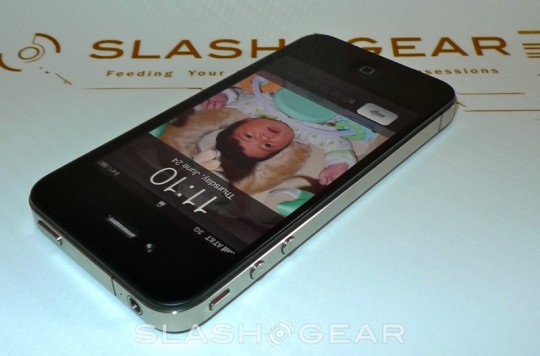 It is, however, not so great for those consumers who don’t want to go through the work to search out the best e-mail client, SMS/MMS client, contact manager, and calendar. It is also not so great for the consumer who does not want to incur additional costs for those apps which are included in the cost of the device on the iPhone or the Palm OS. For example, one of the apps which, as an Exchange user, I found quite capable for e-mail and calendaring was $19.99 for a single user license in the Android marketplace. Furthermore, my opinion is that that particular piece of software was nowhere near as good as Apple’s Mail app on the iPhone . . . which is included in the cost of the phone.

Another great example is with the latest release of the iPhone and one of the newest features called “Face Time.” Face Time will allow for real time video conferencing over wifi, and it is built right into the core phone experience and works out of the box with no additional set up required. HTC’s latest EVO 4G also has a front facing camera for video conferencing yet it requires an app not included on the device called Qik which you have to download and set up in order to make your first video conference call.

As much as I advocate choice, I understand that there is a very large segment of the market which simply wants the best experience out of the box. For now, that is Apple’s approach and I maintain that that approach will continue appealing to the largest segment of the consumer market.

HTC has also seized this opportunity to develop key core applications on top of Android to help their devices differentiate. HTC ships a number of proprietary applications like mail, calendar, contacts etc and some others like FriendStream and Facebook for HTC that integrate your social networks tightly with your core apps. This approach is where I feel manufacturers have an opportunity to differentiate with.

To the fragmentation issue with this approach Google simply needs to work with their partners early in the process of Android upgrades so those who seize the opportunity to differentiate Android can align with each OS upgrade.

With the importance of core apps to the overall device experience, it will be interesting if Google will leave Android’s fate up to the developer community in this regard. It has been long observed that over time, many features and functions of the best applications get built into the operating system. Time will tell if this also proves true for Android.