If you’ve ever wondered if plugging your smartphone in to one power outlet was charging it up to full power faster than another, there’s a tiny device made by a fellow named David Toledo that’ll get you thinking. What you’re seeing here is a sort of half-way point between a USB port and your USB-based power cord. What the Practical Meter will do is show you a number of lights depending on how fast your device is powering up. With this information, you’ll be able to find the most optimized power source and charge your device up as fast as possible.

In the setup Toledo has created, he’s also made it possible to connect to your microUSB, mini-USB, and iPhone 4S-and-older iOS devices with a single cord. This cord works with a three head system, each of them with their own built-in circuit that Toledo suggests will optimize charge rates once again. 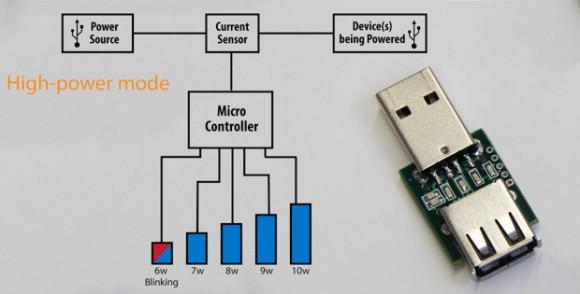 It’s quite simple, really. Each of the bars – the lights, that is – represent another measure of time that will be knocked off your charge time. One bar represents at least 8 hours of charge time before your device is all the way up to full power. Ramping up to 5 bars will bring you to just 1.5 hours of charge time – and that’s just in general. If you’ve got a device that has a battery capacity smaller than the average phone, you may very well be moving quicker than this chart – this chart bing based on the iPhone 4. 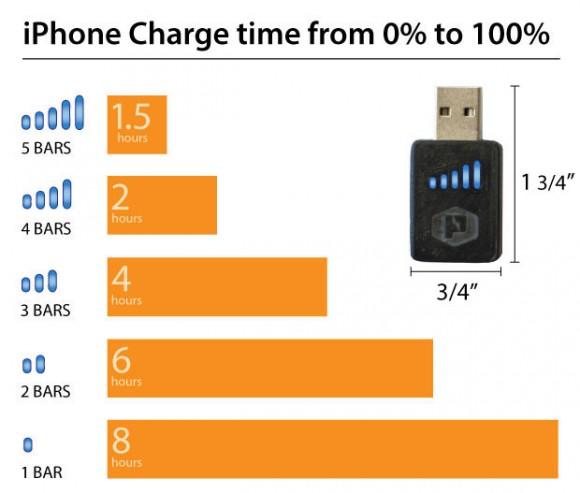 Note here that the meter itself doesn’t actually speed your charging up – it only tells you the power being pushed through it. If you’re plugged into a wall socket, you’ll get more lights than if you plug into your average laptop USB port. Sound like a device you’d like to toss into your pocket? Have at it!

Thanks for the tip, Frank!