The Porsche Taycan taught me an important lesson

The Porsche Taycan isn’t the first electric car, it’s not the fastest, and it’s certainly not the cheapest, and in a category still largely defined by numbers that could make you question just how successful it could hope to be. The obsession with range, 0-60 times, and bringing electrification within reach of “mainstream” consumer pricing has helped shift the perception of EVs out of an eco-pious niche it once occupied, but it has come with its own automotive blinkers too.

There’s definitely value in having pushed back at the idea that electric cars are slow, boring to drive, or the preserve solely of hair-shirt masochists willing to put up with a lackluster experience behind the wheel for the knowledge that they’re helping save the planet. As the array of electrified models arriving on the market grows, though, the risk is that those numerical metrics end up being the sole criteria new cars are judged by. In short, the map becomes the territory, or at least it tries to.

It leads to faulty thinking like the idea that Porsche should’ve “beat” Tesla or any other EV-maker, or even that such a goal ought to have been the German company’s aim all along. I’ve been guilty of it just as much as anyone, trying to forecast success by the figures on a spec-sheet. As I discovered at the Taycan premiere yesterday, it’s a preconception that actively hinders your understanding of the new car. 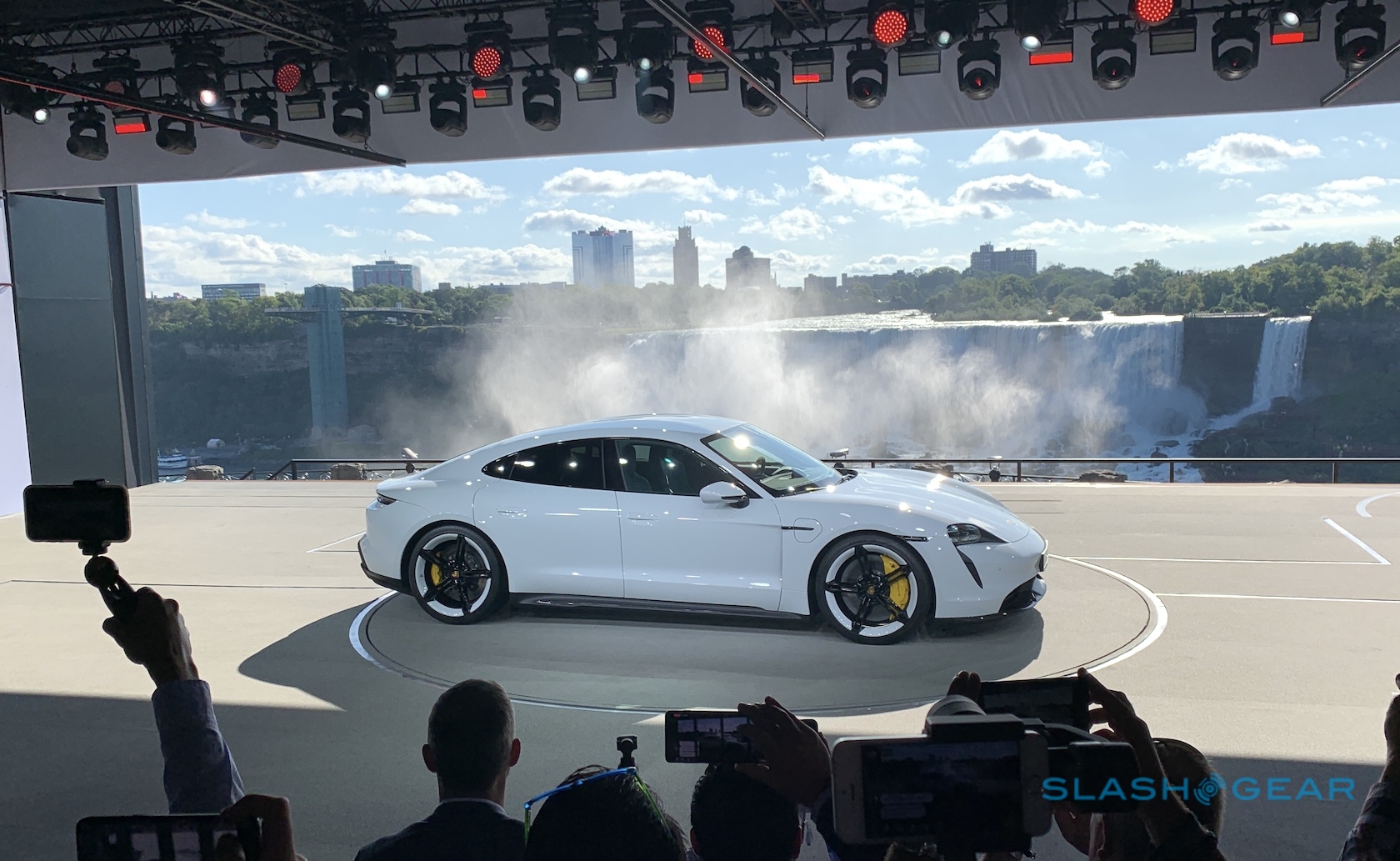 What stands out is just how much like a Porsche the Taycan feels. When manufacturers launch a totally new type of car, it can sometimes feel like an outlier in the range: so different that it starts to lose some of the identity that the automaker is known for. There was a fear – not unreasonably – that for a marque like Porsche, where certain hallmarks like a focus on being driver-centric and using internal combustion engines have become lodestars, going electric could also mean losing the car’s soul.

We’ve not driven the Taycan to know whether it holds up to that on the road – though prototype previews seem to be conclude that it’s not a worry – but standing still there’s no denying that this is most definitely a Porsche. 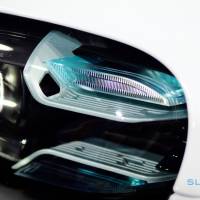 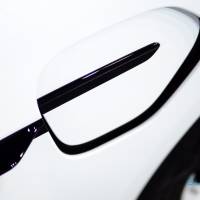 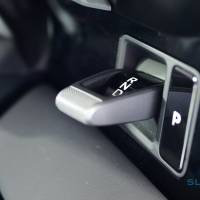 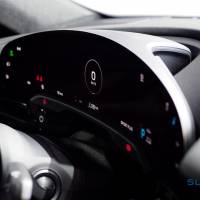 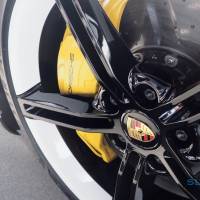 The detailing is a huge contributor to the overall charm. From the touch-sensitive charging door, which slides away into the fenders of the Taycan like a gun-hatch retracting on some movie starship, to the body color-matching alloy wheels, there’s an attention to detail which borders on the joyful. Inside, fears that Porsche’s dashboard would be clinical in its dependence on touchscreens have largely proved unfounded.

Yes, there’s no shortage of displays: potentially as many as four in the dashboard alone, and then another in the rear. The sinuous curve of the instrumentation binnacle, though, plus the fact that the flush finish of the other panels makes them feel like integral parts of the fascia, renders them with a sense of completeness rather than overwhelming. Porsche’s decision to go with a black background for its interface leaves the graphics seemingly floating: virtual objects atop a black pool into which you dip your fingertip. 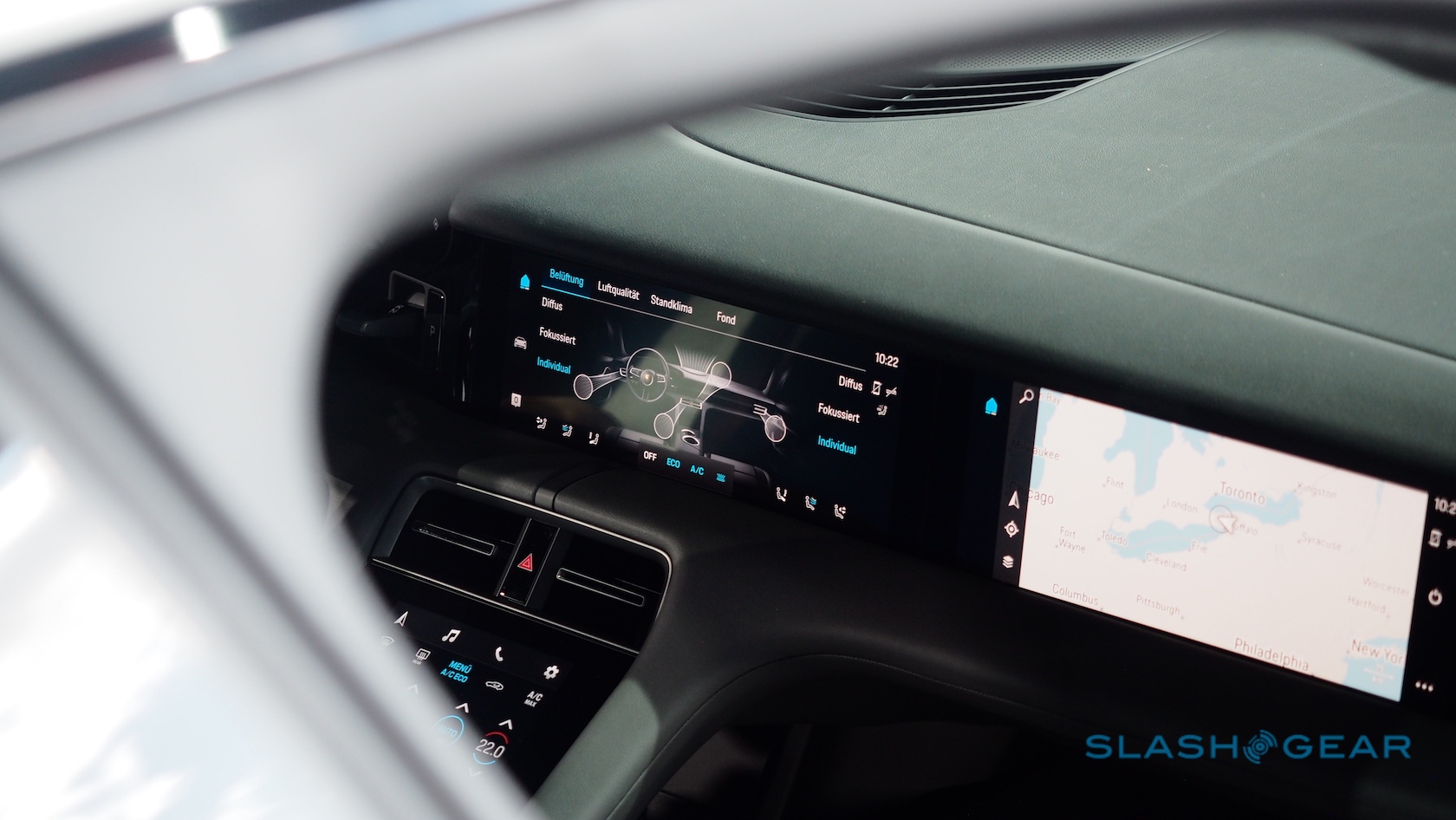 Throughout it all there’s a build quality that reminds you why the Porsche user-experience is so widely praised. It’s easy to criticize Tesla for its aging Model S cabin and, in places, middling materials, but the reality is that there are plenty of expensive cars which surprise when you start touching the secondary controls or less-obvious trim. From my stroking, poking, and prodding, the Taycan seems to avoid that pratfall.

It’s partly why I’m not particularly concerned that Porsche has started with some of the most expensive Taycan variants. Rumors over the past 12-24 months had led many to believe that the new EV would launch somewhere in the region of $70-90k, something Porsche staffers have quietly been pointing out was all speculation rather than an official message. Still, it was enough to fuel the “Taycan versus Tesla” idea that builds on those direct numerical comparisons.

The reality is that, if you’re cross-shopping with a Model S, the first Taycan models you could buy won’t be anywhere close in terms of price. The 2020 Taycan Turbo starts at $159,900 plus destination; the 2020 Taycan Turbo S is even more expensive, from $185,000. As Porsche buyers will be familiar, it’s exceedingly unlikely that anybody will walk out of a dealership spending just that, however. The options list is long and varied, and things like the $1,100 passenger display and other add-ons will invariably send spiraling the cost of every car bought.

For the target audience, that’s a non-issue. The spending habits – and customization tastes – of people buying the 911, Cayenne, and the automaker’s other models are so far removed from the restraint typically shown in mass market dealerships, it’s effectively another world altogether. If anything, driving the sticker of a Taycan Turbo S up close to its $240k+ maxed-out configuration will be a badge of honor, not something to provoke dismay. 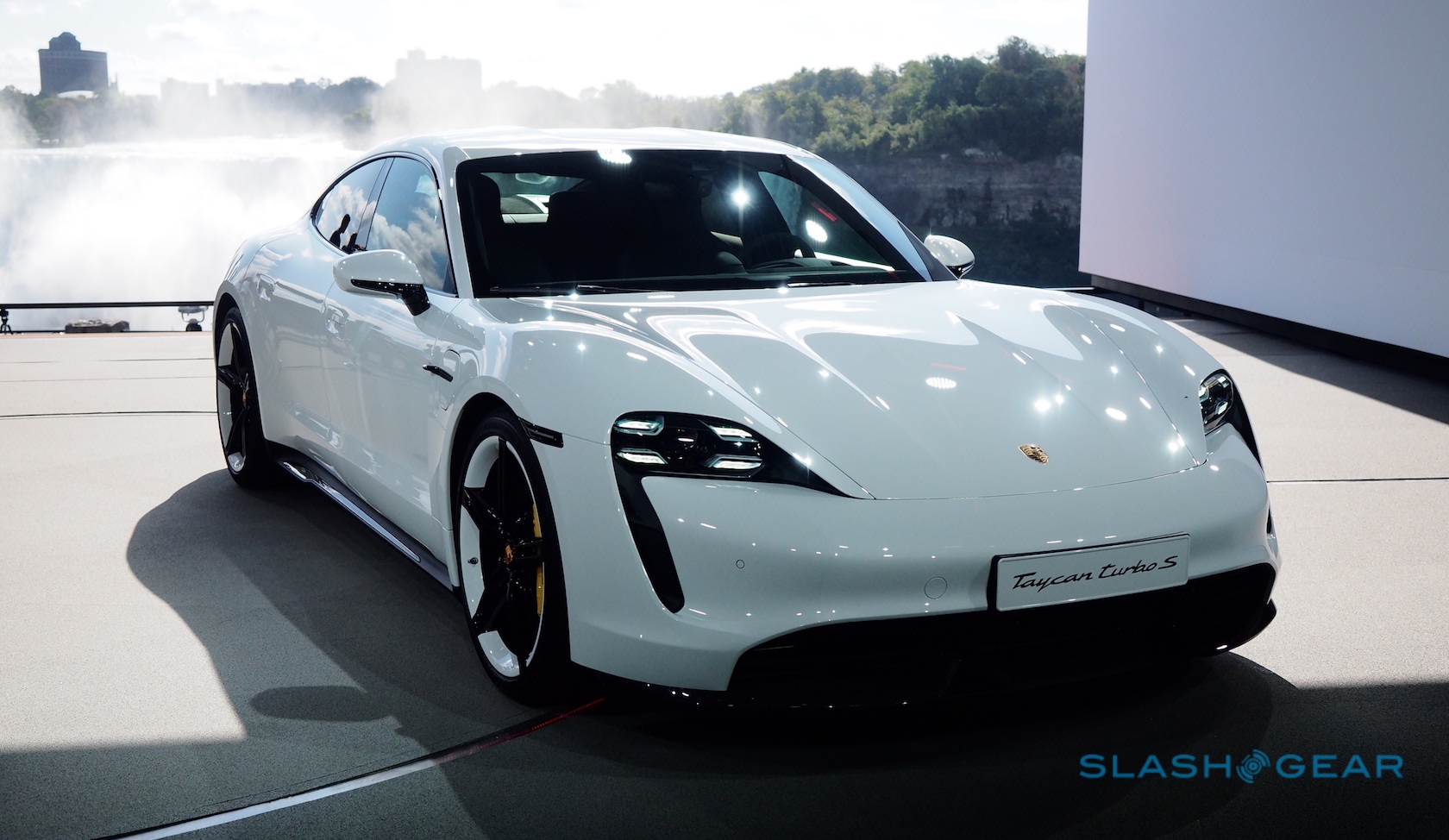 Porsche will likely sell every car it can produce. When Turbo pricing was confirmed there was chatter that some of the reservation holders – each of whom spent $2,500 to stake a place in line – might bow out. The reality is that more affordable models, likely the 2020 Taycan and 2020 Taycan S if traditional Porsche parlance holds, are coming later in the year.

I can’t blame the Germans for wanting to maximize its return as it sates early demand. Tesla did that with the Model 3, and it wasn’t even the first to follow such a strategy. There’s kudos to be had in being among the earliest with the keys to a brand new car, and those for whom that’s appealing will open their wallets wide to attain it. It’s not like Porsche isn’t eager to get a return on its multi-billion investment into electrification, either.

As electric cars make further inroads into the mainstream, the values by which they’re judged will continue to evolve in increasingly subtle ways. Once upon a time it was range alone; then, stoked in no small part by Tesla, blistering performance became a focus. With time, though, it gets more and more three-dimensional. 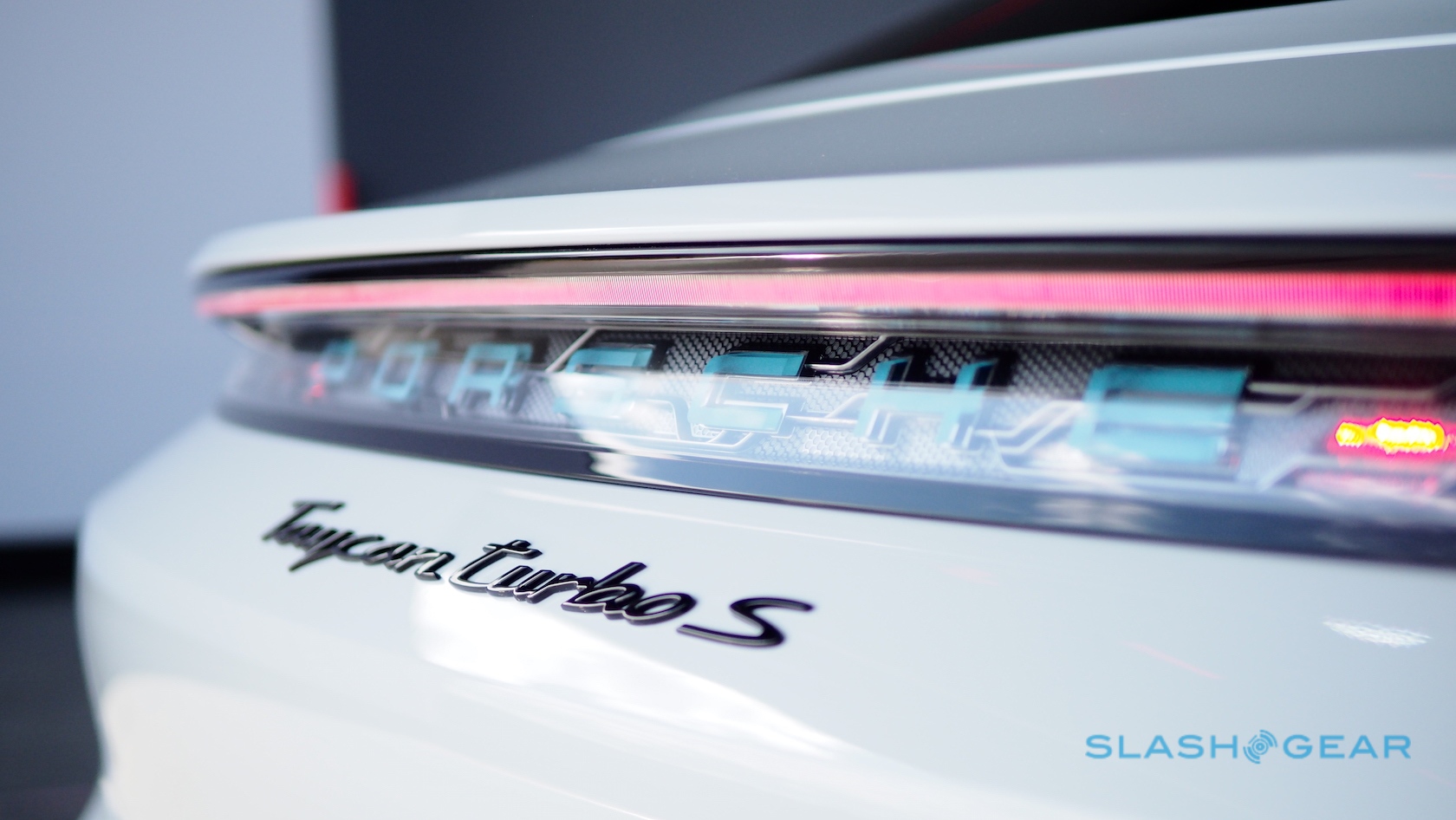 Build quality and cohesive design. After-sales service and the dealership experience. The nuances of brand identity. The flexibility to customize your car so that, not only does its electric powertrain distinguish it from most others, but its trim and cabin finish too.

It means the Taycan isn’t the EV for everybody, even if they could afford it, but that’s okay. The old metrics are changing, and I’m realizing that’s only a good thing. Electric vehicles are breaking out of their niche, broadening their appeal, and proving that while numbers might be easy to understand, they really aren’t everything.