Apple doesn’t normally pull back the curtain on software until it’s fully ready, so it’s no surprise that the OS X Yosemite Beta Program, launching today, has Mac users excited. Offering a chance to try out features like the new Spotlight and supercharged Notification Center, it’s an unusual foot-in-the-door for the first million sign-ups. Still, beta software has its foibles, and so there are a few things you should consider before jumping at the early code.

The tech world has become somewhat inured to the idea of a beta: Google infamously leaves many of its products with the beta label, even though they’re several years old and relatively stable, while Apple’s own Siri was only really considered final late last year, some time after it first appeared on iPhones. Yet not all betas are created equal.

The advice – Apple‘s and ours – is that you probably shouldn’t run beta software on a mission-critical Mac. Exactly which computer falls into that category depends on your usage: if it’s the MacBook Air you rely upon to get your everyday work done, then it might be safer to sit the Beta Program out. 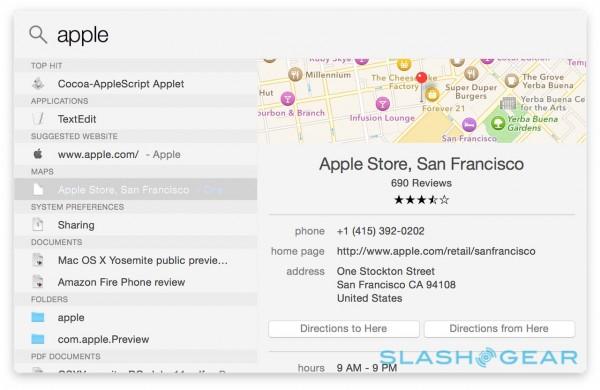 If you’ve got a spare Mac lying around, however, or aren’t too concerned with the prospect of maybe losing compatibility with some of your apps, then it’s still sensible to run a full backup first. Apple’s own Time Machine tool, included with OS X, is can make sure your existing data is preserved, just in case you have to wipe your computer and start from scratch.

That becomes particularly important if you want to leave the beta before the full version of Yosemite is released, since there’s no easy downgrade tool. Instead, you’ll have to wipe your Mac, install Mavericks, and then restore your personal data from the backup.

Similarly, you’ll want to keep a backup running of your files as you try out Yosemite, since they’ll be wiped in the process. Apple says that, when the full OS X 10.10 release finally arrives later this year, it’ll be an easy upgrade from beta to final software, however.

As we found in our OS X Yosemite preview, much of the platform is ready for everyday use. Bear in mind that you won’t get the Continuity or iCloud Drive features, not yet anyway, since they require iOS 8 and there’s no concurrent beta for consumers for that.

There are still some glitches in the software, but be careful how you report them: part of Apple’s agreement with the Beta Program is that you won’t “blog, post screen shots, tweet or publicly post information” about your experience with Yosemite, nor indeed demonstrate it to anybody else who isn’t also in the program. Instead, there’s a bundled tool for reporting issues, errors, and odd behavior to Apple itself.

If you’re on the cutting edge and can’t wait, the OS X Yosemite Beta Program is open now.