The Nokia 808 PureView has landed

Nokia’s 808 PureView has landed, and we’re the most excited we’ve been about a Symbian phone in years. Gradually rolling out in Europe this month, and up for preorder – albeit with a hefty off-contract price tag of $699 – in the US with deliveries next month, the 808 has progressively wowed us since its MWC debut with its game-changing approach to photography. Little surprise, then, that we jumped at the chance to try out one of Nokia’s 808 PureView kits.

Inside the custom printed Golla bag is the PureView phone itself, accompanied by a flexible-legged GorillaPod style tripod and phone clamp (the 808 lacks a proper tripod screw of its own), and a rubber skin protector. Nokia also threw in an external battery, the slimline DC-16, for topping up charge on the go, and a CA0198 HDMI kit, which hooks up the 808’s microHDMI to a full-sized HDMI connection.

Altogether it’s the ideal setup for a mobile photographer who wants a camera with a built-in 3G connection, though disappointingly there’s no sign that Nokia will actually be offering this as a pre-collected kit. Instead there’ll be various bundles – ranging from the 808 PureView alone, up through packages pieced together according to carrier, retailer and promotion – which is a shame as we can imagine PureView enthusiasts would flock to the branded bag. 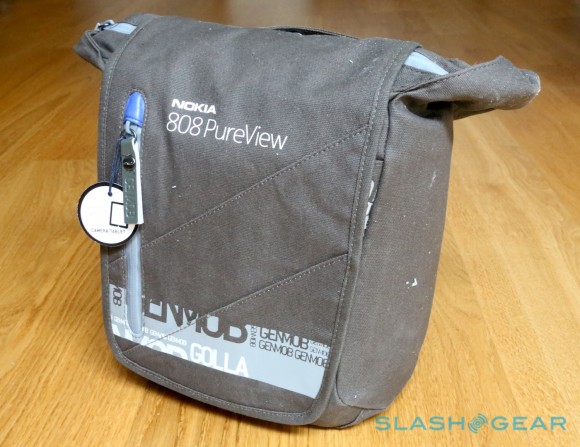 Still, part of the joy of PureView, as we’ve already seen on our test mission to Carl Zeiss, is the ability to fit a camera capable of taking outlandishly good photos into the pocket of your jeans (as long as you don’t mind a few “pleased to see me?” jokes through the day). This isn’t a DSLR that demands a bag or neck-strap; it’s a phone that, from what we’ve seen so-far, blows away most camera-phones on the market.

The photography side is one aspect of the new Nokia. It’s what’s happening on the other side that we’ll also be focusing on: how it holds up as a phone. Symbian – in its latest Nokia Belle iteration – has built up something of a reputation for itself, and not a great one, though in recent builds its been approaching Android levels of usability. The big question is whether it’s sufficient to prevent you needing a second smartphone for your other pocket, for those times when you’re not playing shutterbug.

Nokia is keen for us to put the 808 through its paces, and with PureView set to show up – not in 41-megapixel form, but with the core technology in place – in future Lumia Windows Phones there’s a lot riding on it. We’ll have photo and video samples for you soon, along with a full review. 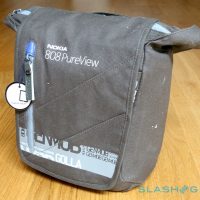 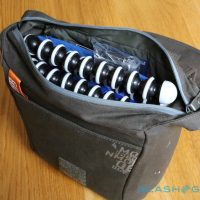 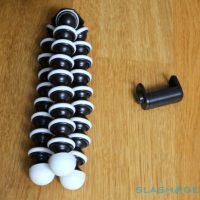 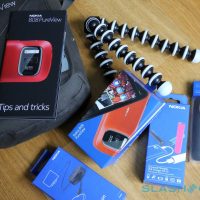 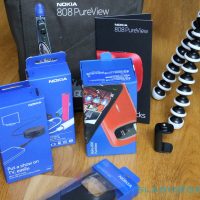 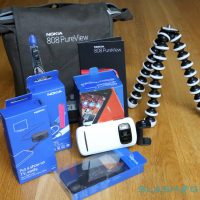 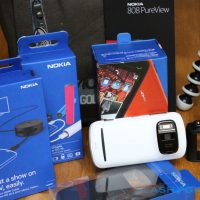