The Mercedes-AMG Project ONE sounds amazing for a hybrid

The Mercedes-AMG Project ONE has come to life! Mercedes-AMG was kind enough to release a short teaser video of the Project ONE roaring around the company’s proving grounds at Immendingen. And while the vehicle in question is still wearing camouflage, what really caught our attention is its marvelous exhaust sound.

According to Mercedes-AMG, the Project ONE hybrid hypercar is entering a new phase of testing, namely running full-bore on an actual racetrack. The automaker deployed several prototype models for testing, and some were allowed to unleash the hybrid unit’s full output.

It sounds amazing, right? Mercedes-AMG claims the sound is legit and is the actual roar that owners can expect once the Project ONE enters production. The Project ONE is primarily motivated by a 1.6-liter turbocharged V6 motor. And while a V6 is not as almighty as a V8 or V10, this particular V6 can spool to 11,000 rpm. 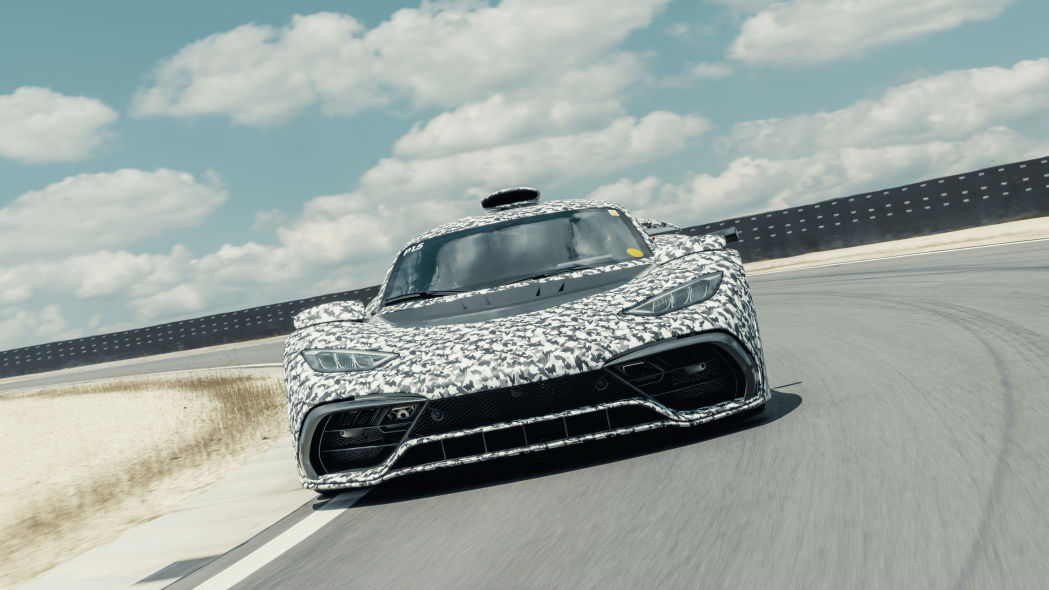 One can argue that F1 engines can spin higher than that, but it’s the same motor found in the Mercedes-AMG Petronas F1 car. The engine has direct injection and electronically-assisted turbocharging. It spins quickly to 11,000 rpm with the help of four overhead camshafts and mechanical valve springs. 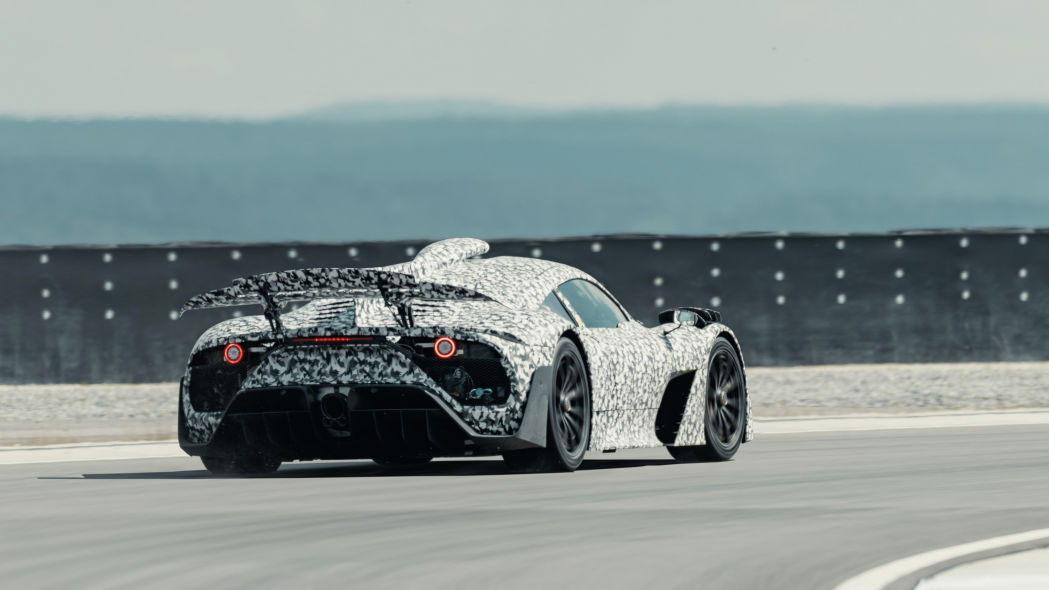 Meanwhile, the Project ONE also has four electric motors. There’s a 120 kW electric motor mounted directly on the gasoline engine to provide more oomph, while two electric motors are found ion the front axle and can spin up to 50,000 rpm. Also, you’ll find a 90 kW motor in the compressor turbine capable of spinning to 100,000 rpm.

All this madness is governed by an automated AMG SPEEDSHIFT 8-speed manual gearbox. Mercedes-AMG claims a total output of 1,000 horsepower at full song, and it can rush from zero to 124 mph in under six seconds. And since the Project ONE is a hybrid, it has a maximum electric range of 15.5 miles. Admittedly, its paltry all-electric range is just a novelty, but the Project ONE is a racing car for the road, so that’s fine. 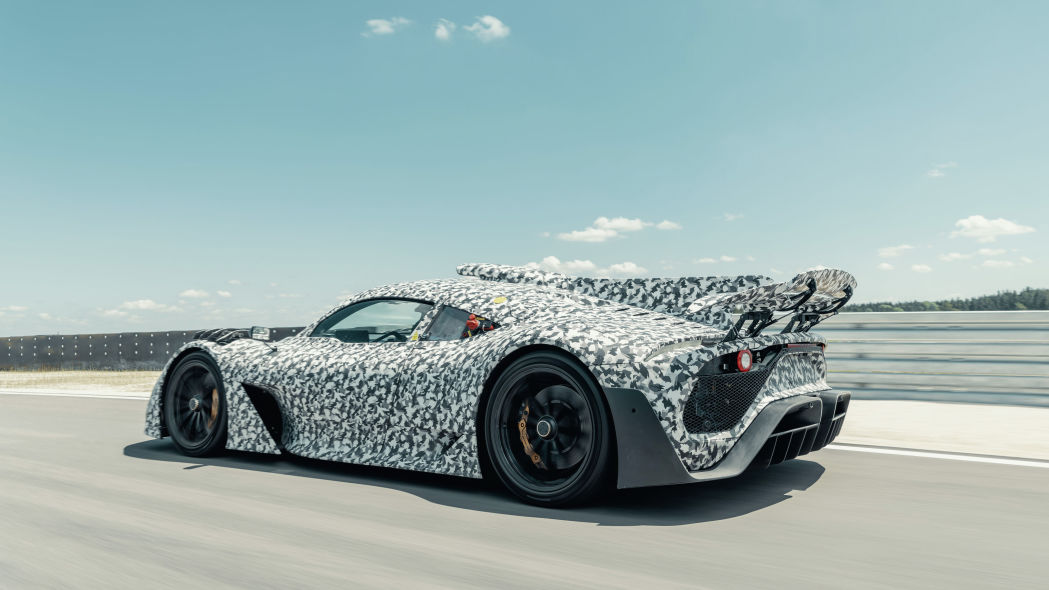 The next phase of testing involves a lap around Nurburgring. Is the Project ONE hypercar fast enough to smash all existing lap production lap records? We’ll find out soon enough.