The McLaren 720S supercar is a 212mph engineering dream

When McLaren wants to take on Ferrari and the other supercar makers it doesn’t hold back, and the new McLaren 720S is fine example of that. Revealed today at the Geneva Motor Show 2017, the new 720S is the first model of the second-generation Super Series, McLaren‘s top-tier range of cars. Initially offered as a coupe, the 720S is all about light weighting and aerodynamic efficiency.

Although you can’t mistake it for anything other than a McLaren, the design has clearly moved on from the automaker’s earlier cars. Gone are the side radiator intakes, for instance; their role has been supplanted by double-skin aerodynamics on the dihedral doors. That works to channel air to the high-temperature radiators for the mid-mounted engine.

Meanwhile, there’s a Monocage II central and upper structure, the “tub”, around which a carbon fiber chassis is wrapped. Aluminum alloy plays a significant role in the body too, as well as for some of the 720S’ body panels. Altogether, it keeps dry curb weight down to a mere 1,283 kg, or 2,829 pounds.

The V8 is hooked up to a 7-speed SSG transmission, and feeds powers to the rear wheels. McLaren uses a new version of its Proactive Chassis Control system, in addition to new suspension with independent adaptive dampers and dual wishbones. The automaker’s well-esteemed power-assisted, electro-hydraulic steering feature too. 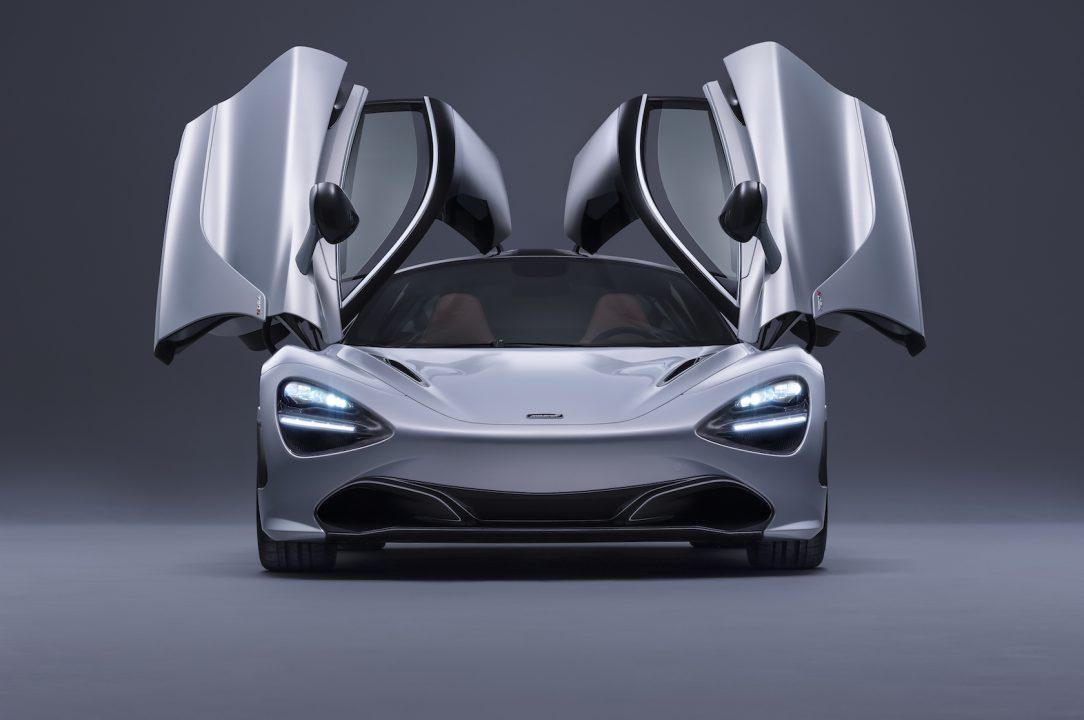 Inside, as usual McLaren makes the whole cabin itself, with plenty of leather and aluminum. The dashboard is dominated by the company’s new McLaren Driver Interface, with a folding driver display and central infotainment screen. Thanks to the new design and construction techniques, interior space is said to be improved over the McLaren 650S it replaces.

McLaren’s order book for the 720S is already open, and the first cars should be arriving with dealers in May 2017. There’ll be three trim levels – Standard, Performance, and Luxury – and a range of options packs. Pricing kicks off at £208,600 in the UK, which works out to around $256k.