No less than documentary voice and living film legend Werner Herzog narrates the final trailer for The Mandalorian. As such, we have no choice but to listen extremely intently to each word, then rewind and watch again. In this trailer, the character which Werner Herzog depicts uses the word “parsec” – and as any deep-tracks-only Star Wars fan knows, the term “parsec” has long been the topic of some discussion with respect to Han Solo’s usage of the term in Star Wars: A New Hope.

In this trailer, Herzog says “bounty hunting is a complicated profession. They said you were coming. They said you were the best in the parsec. Would you agree?” This suggests that people in Star Wars consider a parsec to be more than just a unit of length used to measure distance in space.

We’ve discussed this back in the year 2015 with the article Star Wars: Kessel Run: this is why Han Solo says “Parsecs”.

In simplest terms, a parsec is a unit of measurement that’s the equivalent of around 19 trillion miles, or 3.26 light-years. If what Herzog suggests is true with these real-world measurements in mind, this Mandalorian must be a very, very good bounty hunter.

On the other hand, if we check back with what was said in the film “Solo: A Star Wars Story”, we see some explanation of Solo’s original comment back in A New Hope: “It’s the ship that made the Kessel Run in less than 12 parsecs.” 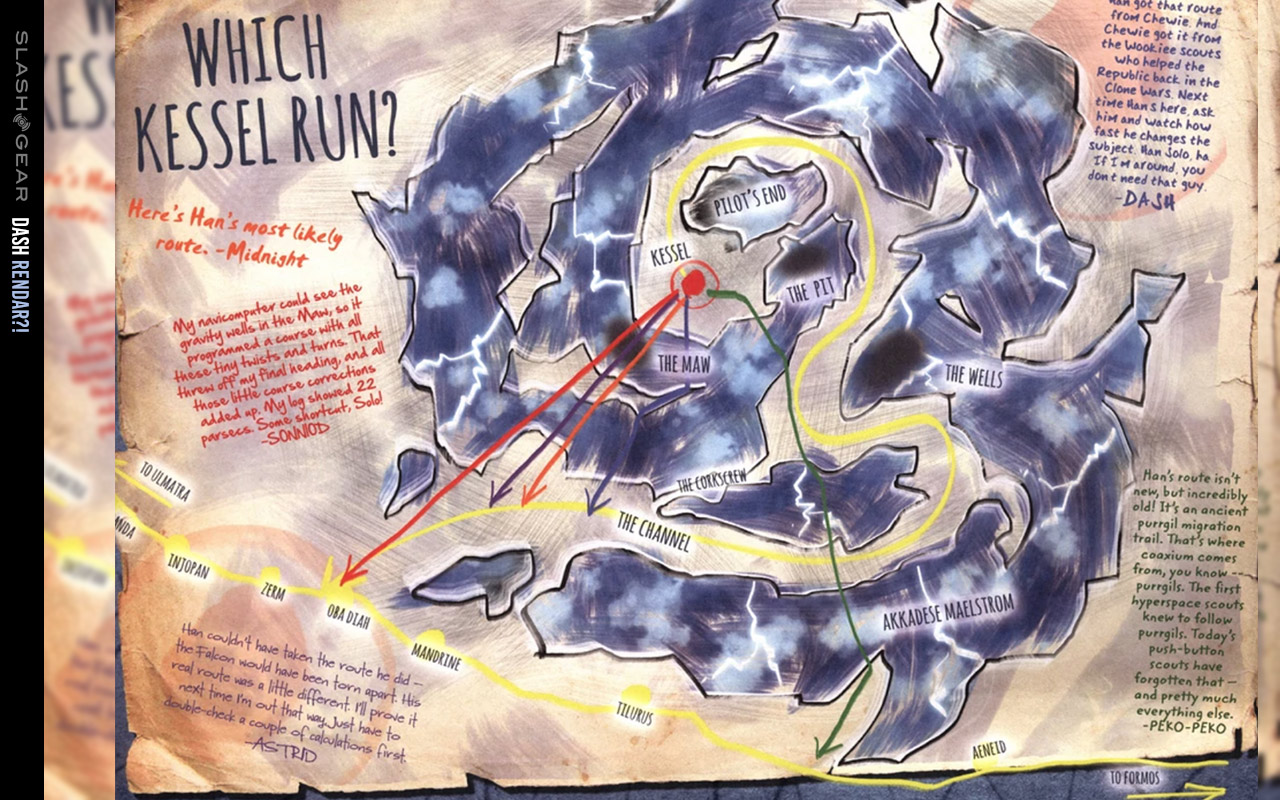 The map you see above comes from the “replica journal book” called “Solo: A Star Wars Story: Tales from Vandor” written by Jason Fry, illustrated by Sam Gilbey. This book was released on September 11, 2018, after the film Solo: A Star Wars Story was released. Below you’ll see a map from a place you might also want to check out – the complete Star Wars universe map at SWGalaxyMap dot com! 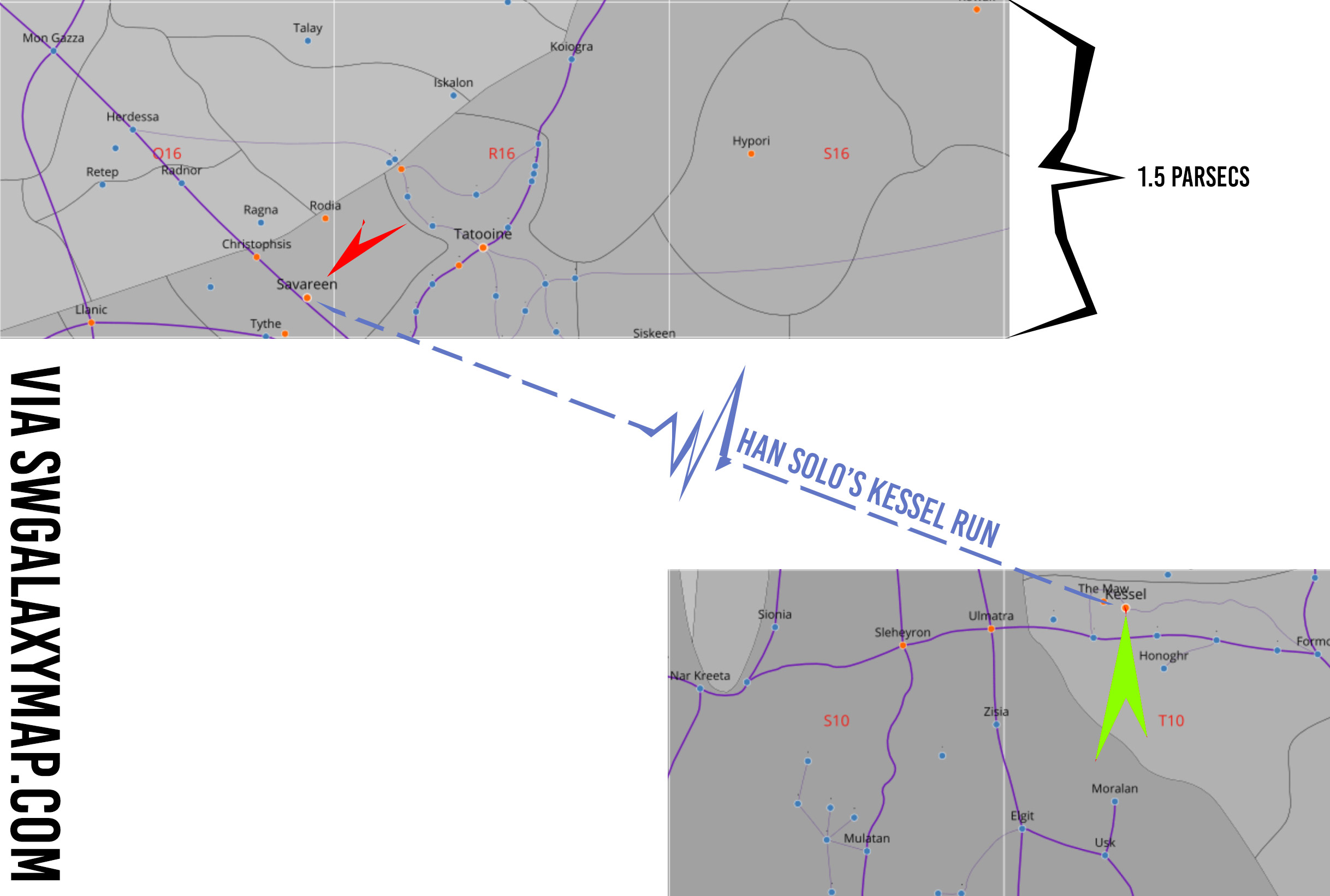 It’s extremely likely that George Lucas simply intended a “parsec” to mean a measurement of time, and the movie Solo: A Star Wars Story just changed what it all meant, “officially.” At the point at which Solo was released, it became canon. But here, again, the meaning changes ever-so-slightly.

The way Herzog uses “parsec”, he may as well be saying that a parsec is a space one can measure. Like a spherical (since we’re in a space-based story) blocked-off space – likely meaning where the parsec is the flat diameter. It still works – it’s just a little different from what Star Wars posited a “parsec” was before – here, in The Mandalorian, in November of 2019, once again. 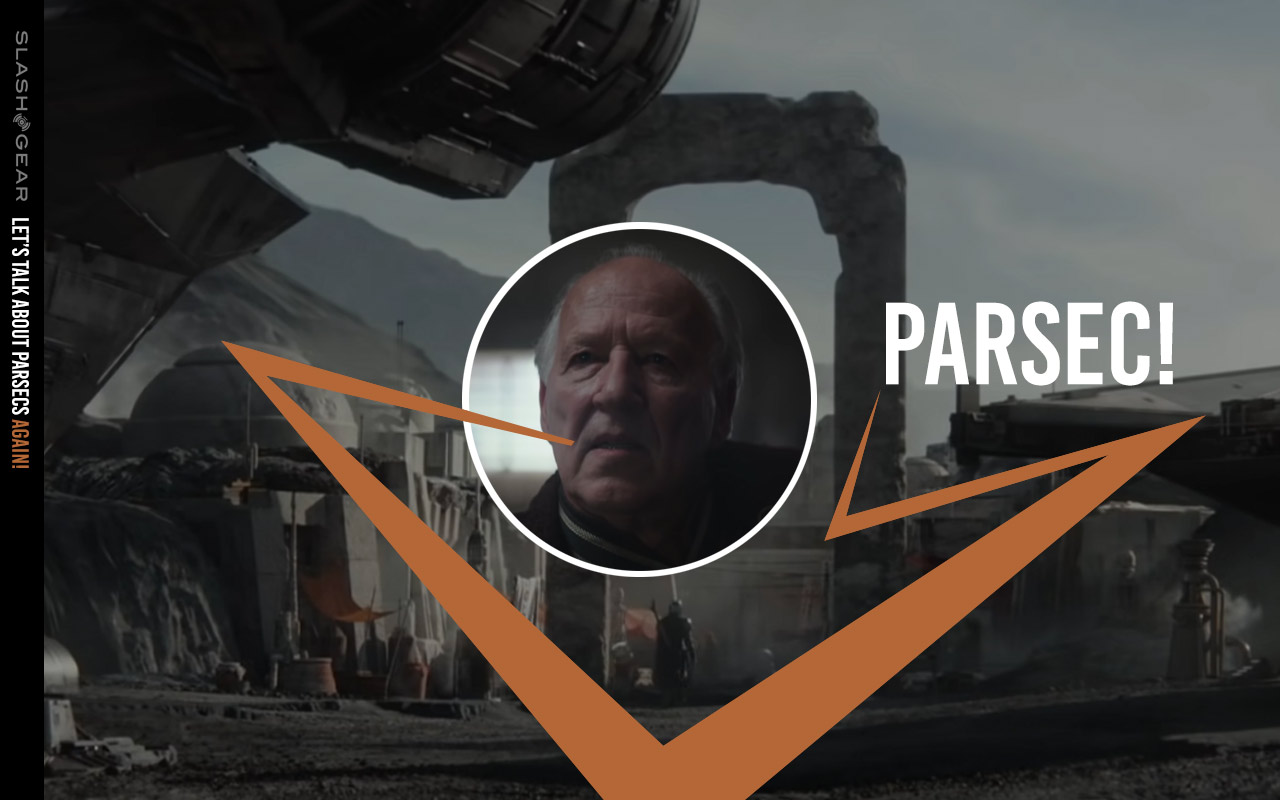 Cross your fingers and we’ll see another slightly tweaked definition of the word parsec in the next Star Wars movie, too!

Star Wars: The Mandalorian streaming series starts streaming on November 12, 2019 on Disney Plus. You could also call this Disney+ or “#DisneyPlus” if you really wanted – any way you cut it, you’ll probably be paying $7 a month. Unless you prepay for a full year, at which point it’ll be $70 or around $5.83 a month. Or you could get it all “for free” for a year, if you like tricksy subscription models.