The man behind the iconic McLaren F1 is back with a new T.50 supercar

When the man behind the legendary McLaren F1 says he’s developing a new supercar, you pay attention, and so the Gordon Murray Automotive T.50 already has plenty to live up to. Detailed for the first time today, the T.50 will be “the purest, lightest, most driver-focused supercar ever,” the automaker says, and one which “improves upon its iconic predecessor in every way.”

Murray started Gordon Murray Automotive in late 2017, as the sister company to his design business. At the same time, he previewed the T.50 supercar, the fiftieth road or race car designed by Murray so far. However, even given his earlier work, the T.50 stands out.

So far we have a single sketch to go on, and one which makes the shared DNA between the T.50 and the F1 clear. It’ll be an “analog supercar” Murray explains, focusing on purity and rewarding the driver. Rather than chasing top speed or acceleration figures, the emphasis will be on making something lightweight and nimble. 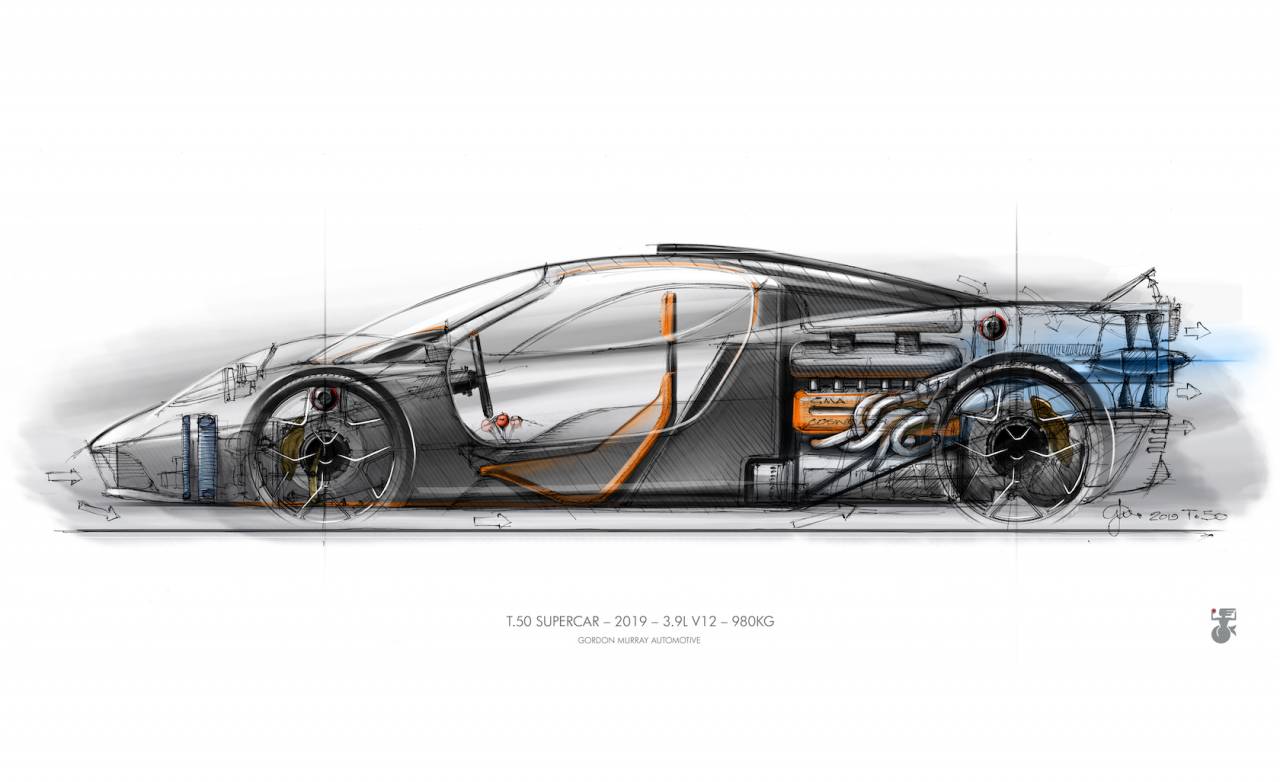 That includes tipping the scales at just 980 kg, or around 2,160 pounds, with the engine in the middle and the rear-wheels alone driven. Weight distribution will be “perfect” the automaker promises, with a handmade sandwich-panel carbon monocoque, carbon composite body panels, and room for three inside.

It’ll be powered by an all-new V12 engine, developed for the project by Cosworth Powertrain. Unlike the general industry shift to turbocharging and supercharging, the T.50’s engine will be naturally aspirated. It’ll also rev astonishingly high – a heady 12,100 rpm, in fact – and deliver 650 horsepower and 332 lb-ft of torque.

Those figures almost look conservative in an age of four-digit horsepower supercars. Because of the T.50’s low weight, however, they’re enough to deliver 663hp/ton, a power-to-weight ratio that’s better than any other naturally-aspirated sports car intended for road use.

It’ll be paired with a bespoke, six-speed transmission. That’s made by Xtrac for the car, with a new H-pattern gearbox rather than a dual-clutch like so many supercars use.The brakes, meanwhile, consist of specially-developed lightweight monobloc alloy calipers and carbon-ceramic discs.

As for the design and aerodynamics, Gordon Murray Automotive is using active aero for the underbody, which can shape the ground-effect for the best stability. A 400mm ground-effect fan will be fitted, borrowing technology from the Brabham BT46B F1 car that Murray also designed. Indeed, the automaker has inked a deal with an unspecified F1 team now, to use its rolling-road wind tunnel to refine the T.50’s aero performance.

The more visible parts of the exterior will do without wings, outlets, vents, or bulges, then, because the underside is doing the heavy lifting. It’ll be an unexpectedly compact supercar, too: a smaller footprint than a Porsche 911, in fact. Dihedral doors are being used, too, to get inside. 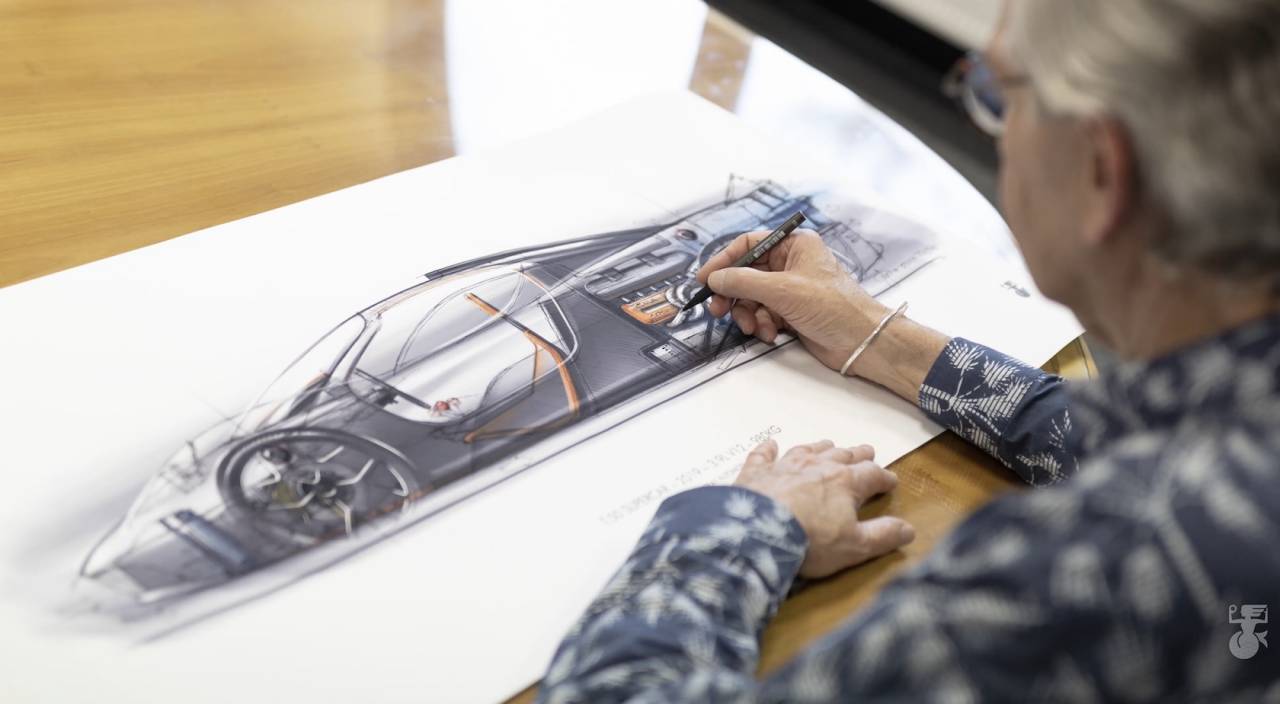 Like with the F1, the driver of the T.50 will sit centrally. Two passenger seats will flank them, set back in the cabin. The interior of the car won’t be stripped back and solely performance-focused, Murray promises. Instead, the automaker says, it will be an “everyday supercar” with space for luggage and more.

Indeed, there’s no plan to take the T.50 racing, unlike the award-winning F1. “I designed the F1 as a sort of super GT car – absolutely road-focused with no plan to go racing, which is why the car set new standards for packaging and luggage space,” Murray explains. “The T.50 design has the same focus and betters the F1 in every area – ingress and egress; luggage capacity; serviceability; maintenance and suspension set-up. Also, driver-selectable engine maps ensure a driving mode to suit every situation.”

What the T.50 won’t be is commonplace. Production is set to kick off in early 2022, Gordon Murray Automotive says, but only 100 cars will be sold. Each will be priced “in excess of £2m before taxes” the automaker says, or upwards of $2.52m.