The LEGO Movie 2: A guide to all 19x wave-1 building sets

Today we’re taking a peek at all 19 of the first wave of building sets for The LEGO Movie 2: The Second Part! This is the second of two movies (of what we must assume will be a never-ending collection), coming back to visit with all the biggest names in LEGO voices from the first round. Right about now we’re going to look at what that’ll all mean for LEGO toys!

These are going to be the best stocking-stuffers. It should be made clear that the greatest stocking stuffers ever made are the blind-pack Minifigs (every single set made thus far), but supposing those are sold out, these $10 sets should do just fine. 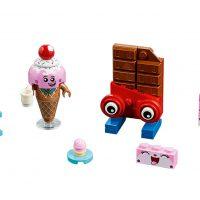 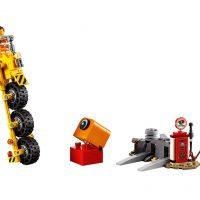 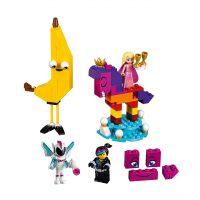 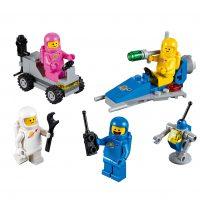 Just a couple of $20 sets for this movie’s first wave of building sets. These are the sets that’ll be perfect sizes for building for a good chunk of time on Christmas day, assuming you’re celebrating your holiday over the course of a single day. There’s absolutely no better gift for an introverted creative kid than a box of LEGO bricks. 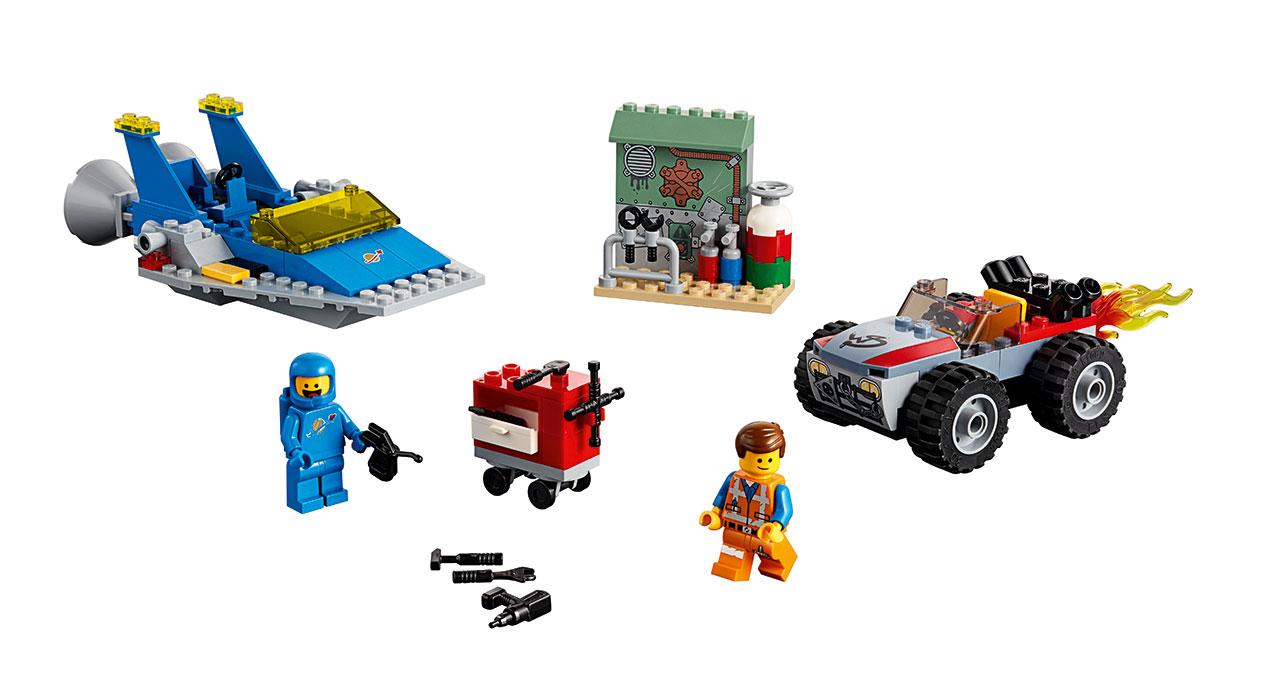 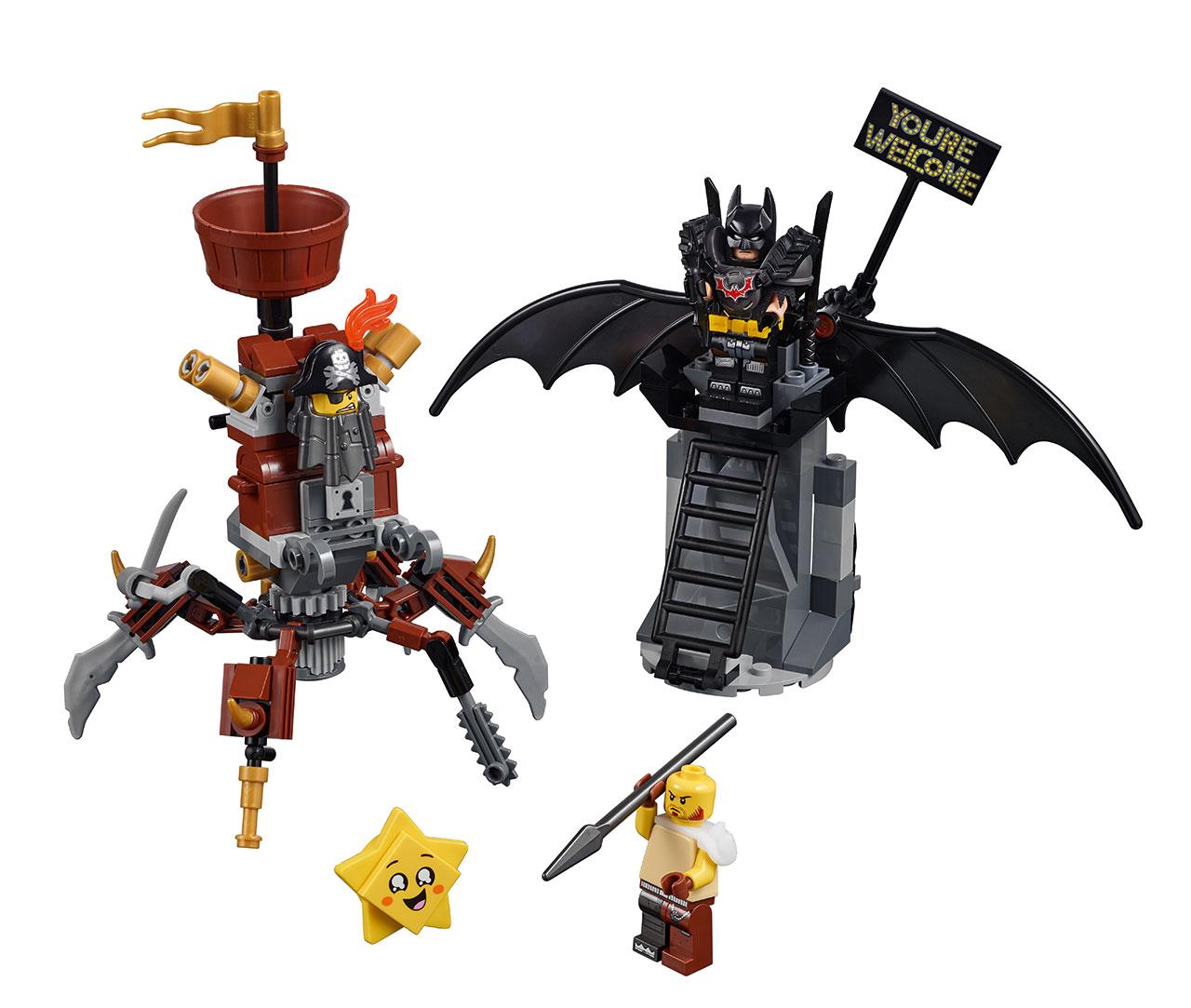 One of these sets is not like the other. One of these sets is made for 2-year-olds. But don’t get it twisted! You might well want to buy the DUPLO set for your everyday average LEGO fan. These DUPLO bricks are part of the LEGO Movie Part 1 and Part 2, too, they’re not just some odd additions in toys only. 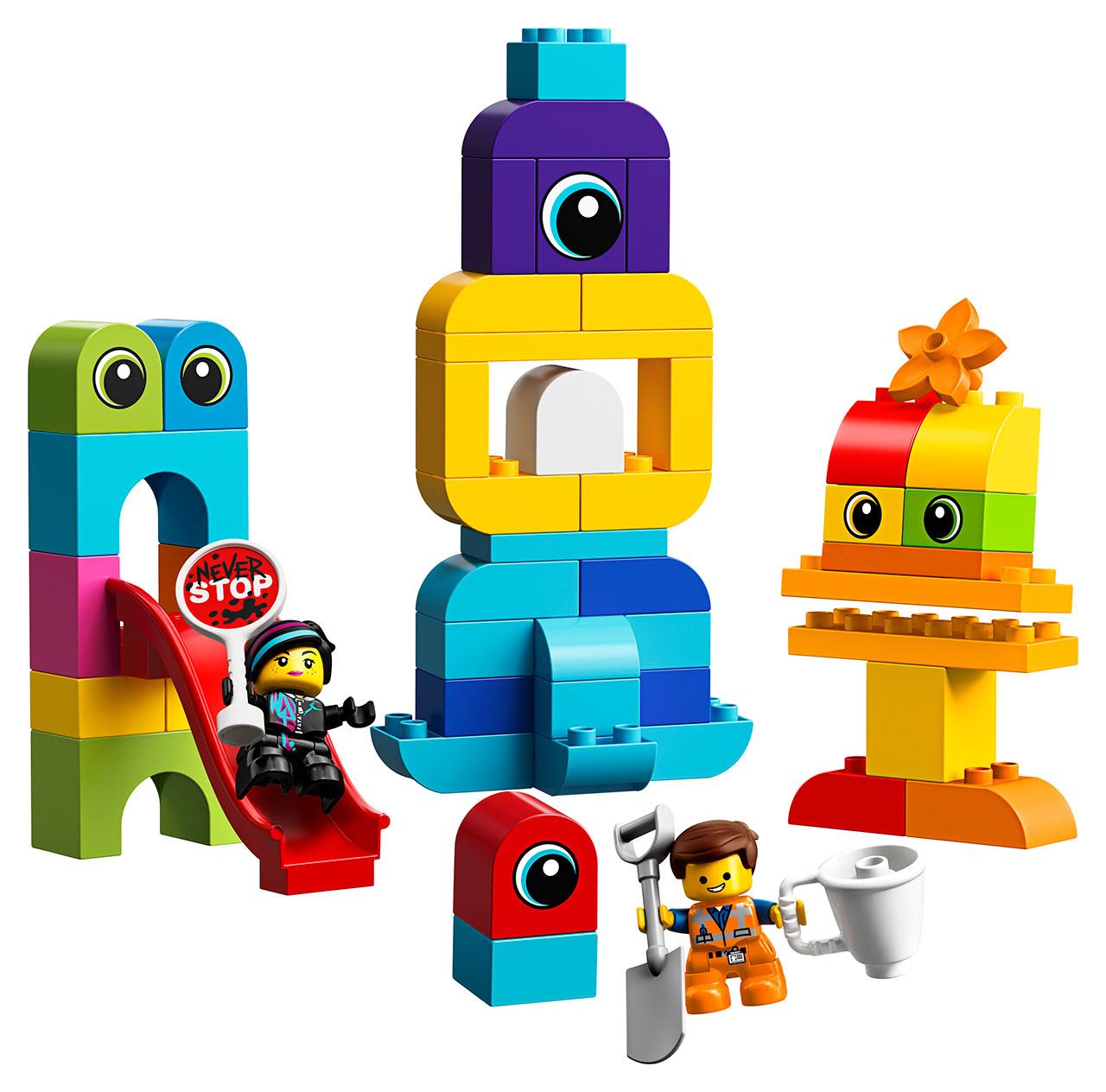 There are a couple of hardcore awesome sets in this tier, one for Rex, the other for Ultrakatty (that’s Ultrakatty, not just Unikitty – she’s different now!) 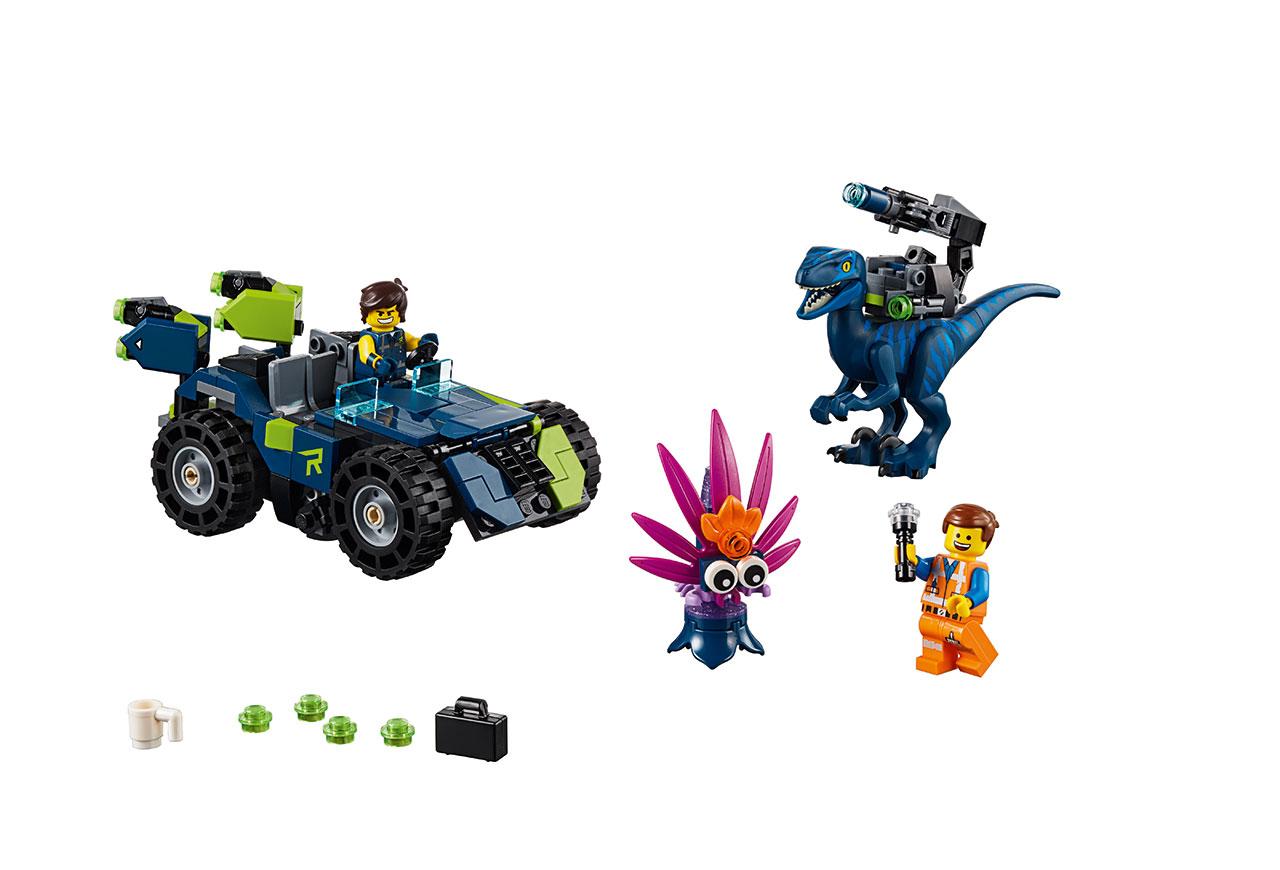 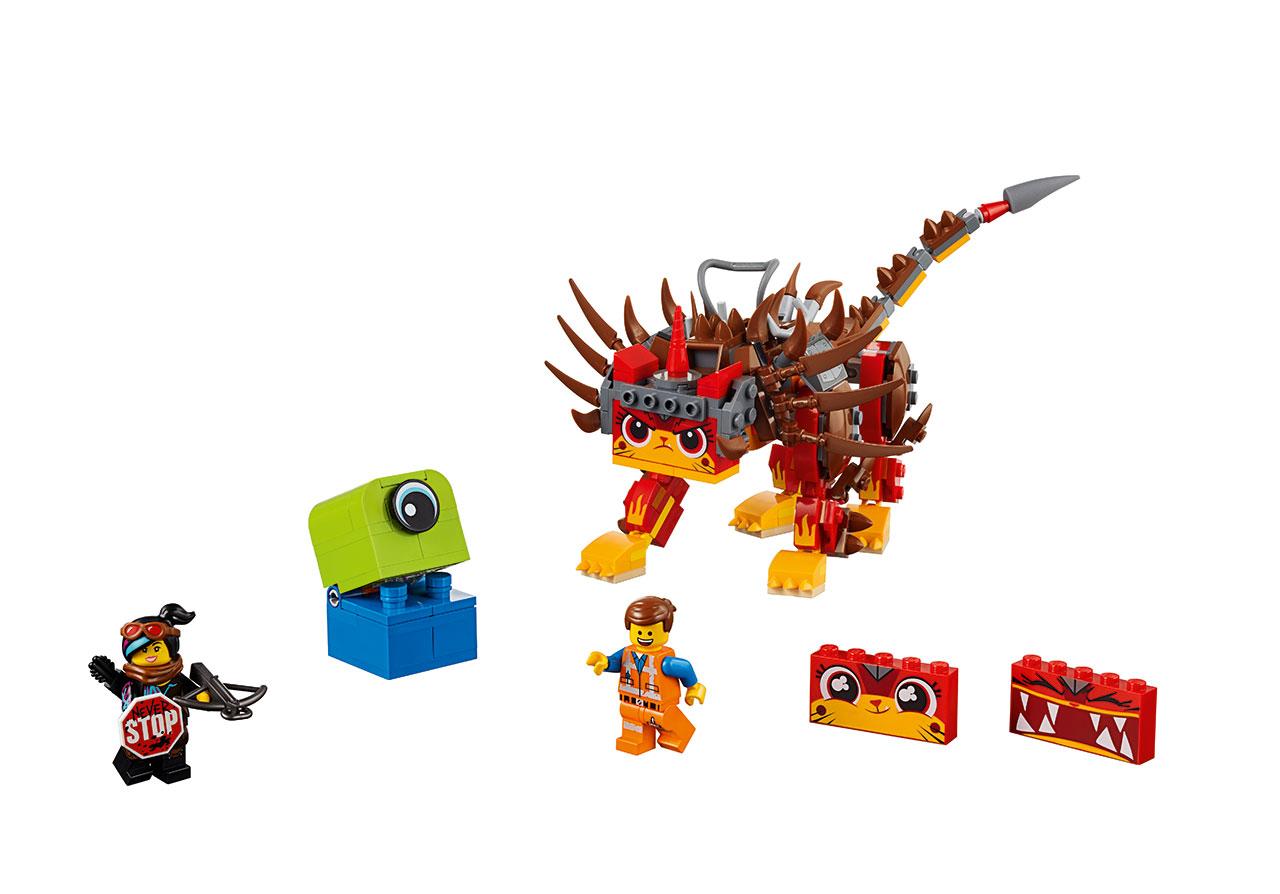 A couple of “Builder Box” sets are in the mix here, too. They add a whole new layer to the mind-bending concept of the movie about a toy which is built to be built. Both of these sets cost the same, but one has more pieces than the other. Both look pretty excellent. 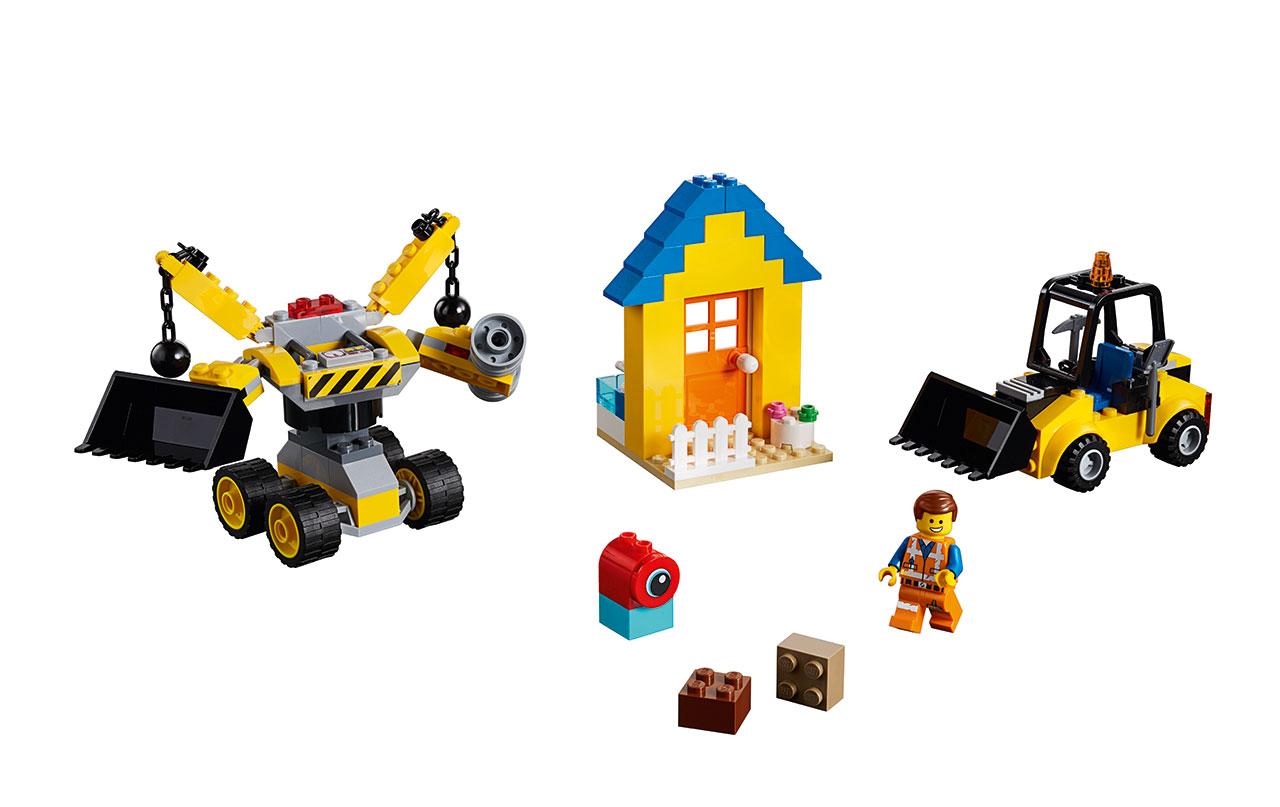 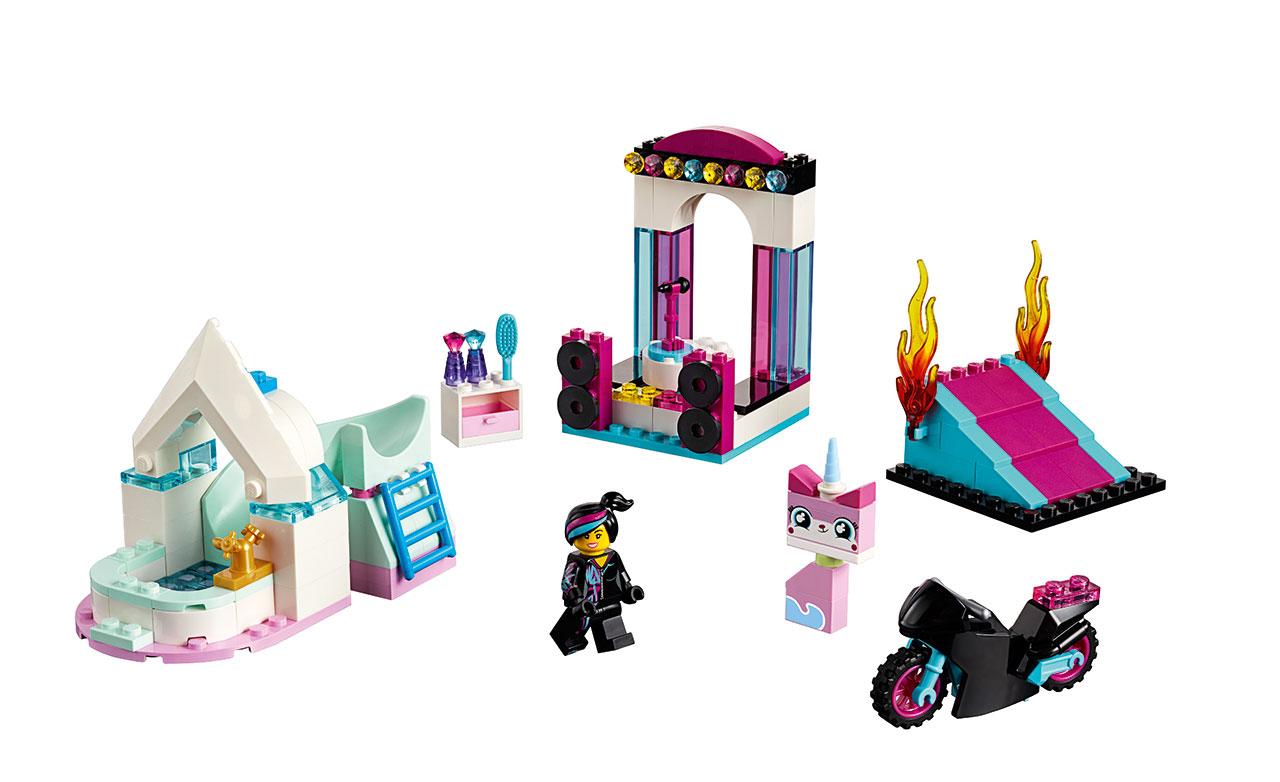 The most excellent and potentially newsworthy (we’ll see) character in the new movie is called Queen Watevra Wa’Nabi. She’s got her own “Build Whatever Box” that’ll run you around $40. It’s a sure-shot for those people that “just want a box of LEGO, what the heck!” 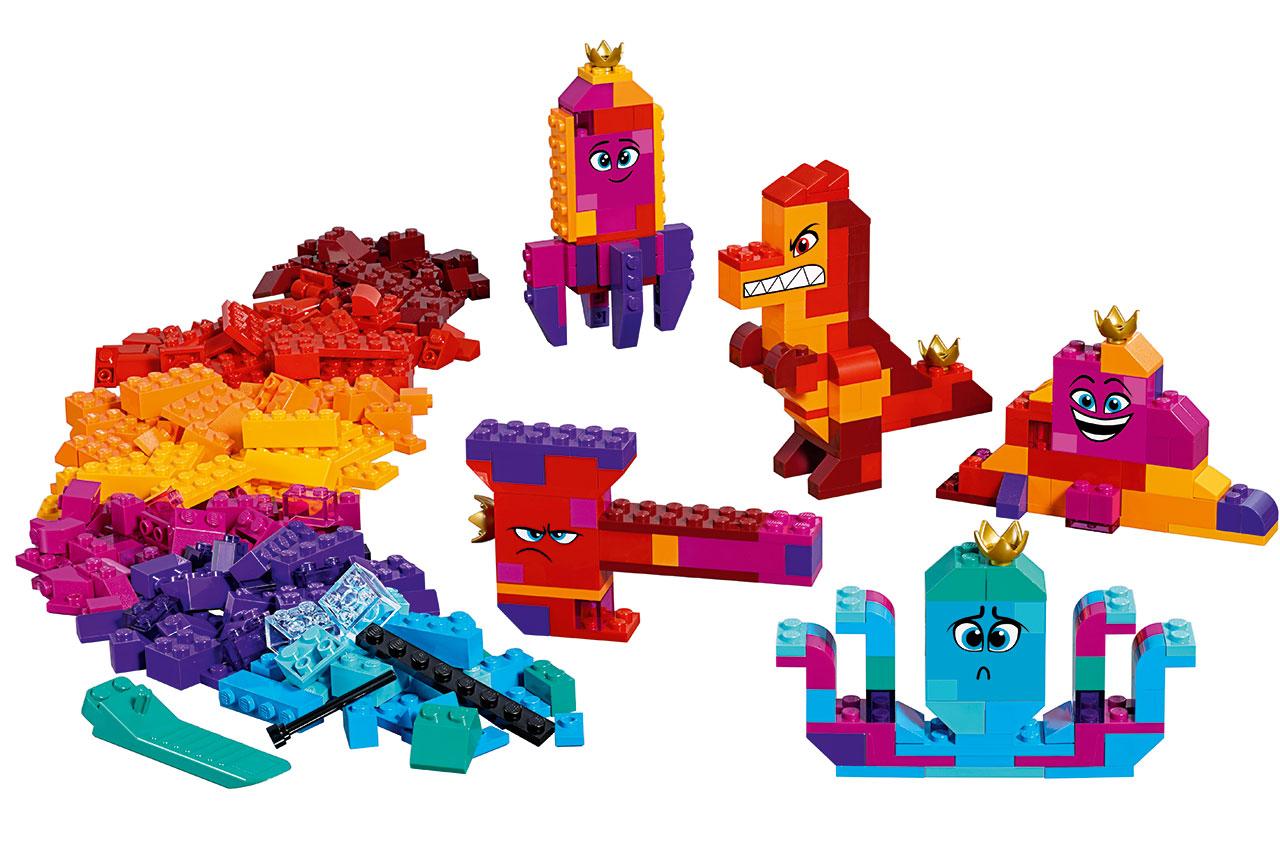 The $50 tier has two unique sets, one a giant “Escape Buggy” and the other a “LEGO Movie Maker.” I’d caution against getting the Movie Maker set for anyone who’s not going to be ready to play with their kids, recording video for hours on end. Because that’s what this set is made for. 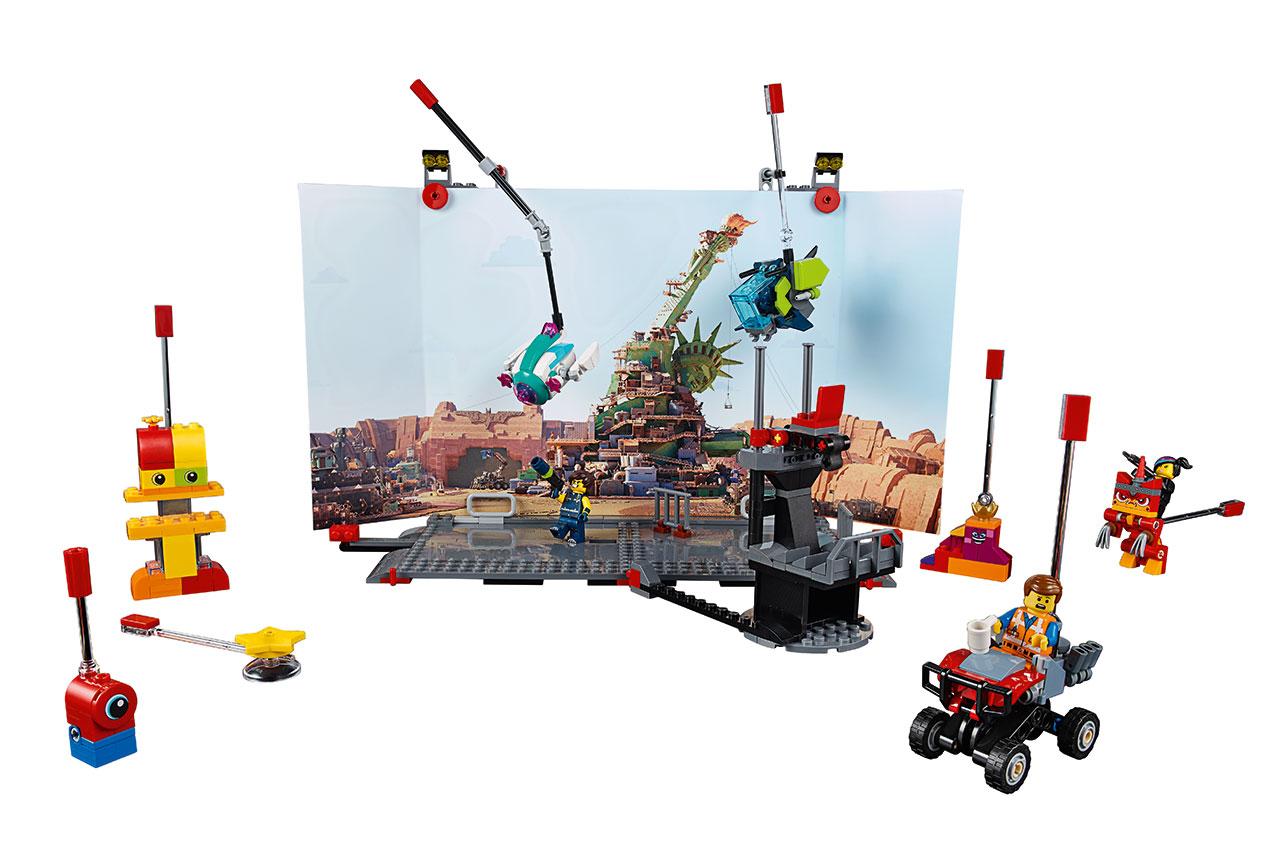 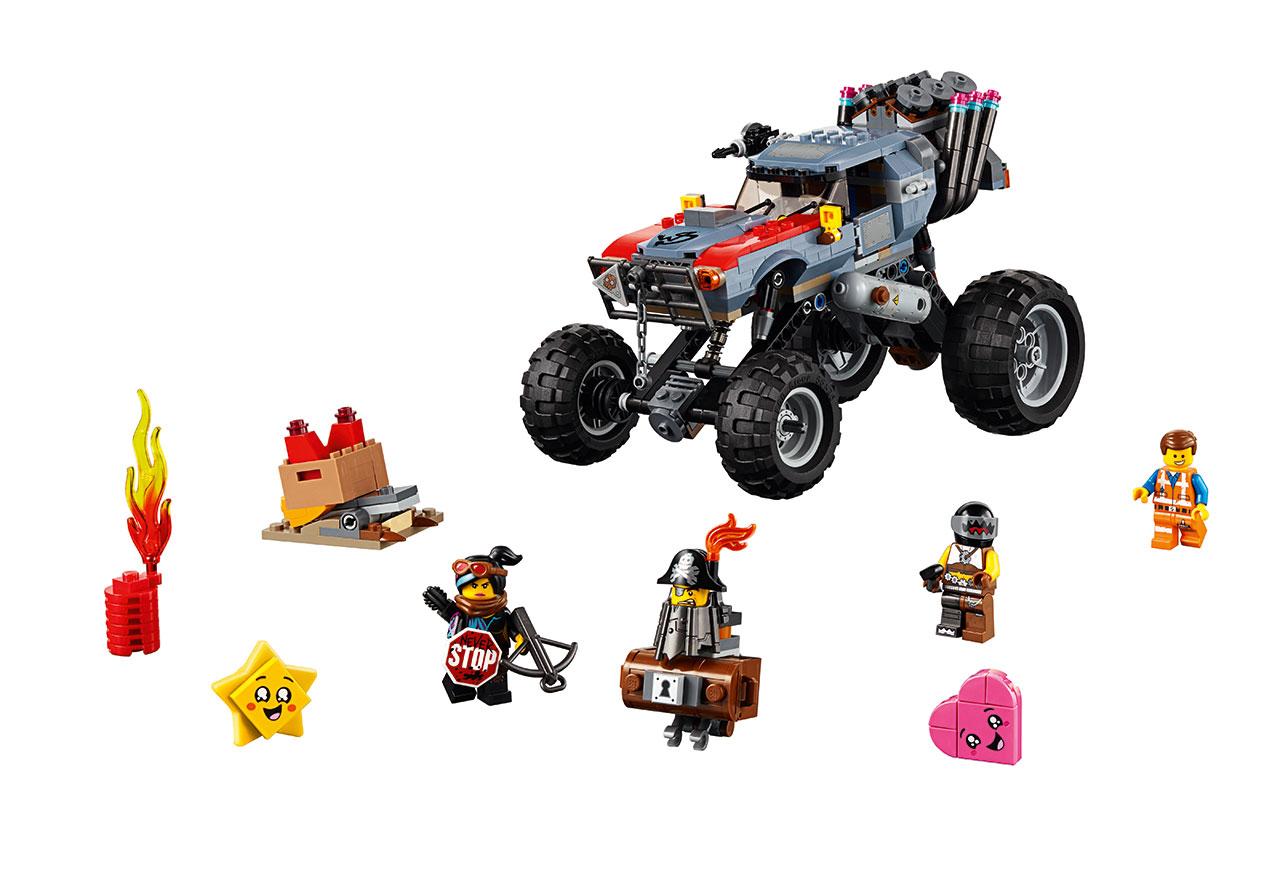 This first wave of sets has some really awesome and epic vehicles in it, and the MetalBeard Heavy Metal Motor Trike is very obviously a contender for the most hardcore LEGO vehicle ever sold by LEGO. On the other end of the spectrum but no less excellent is the Sweet Mayhem’s Systar Starship – the Friends and City LEGO worlds converge! 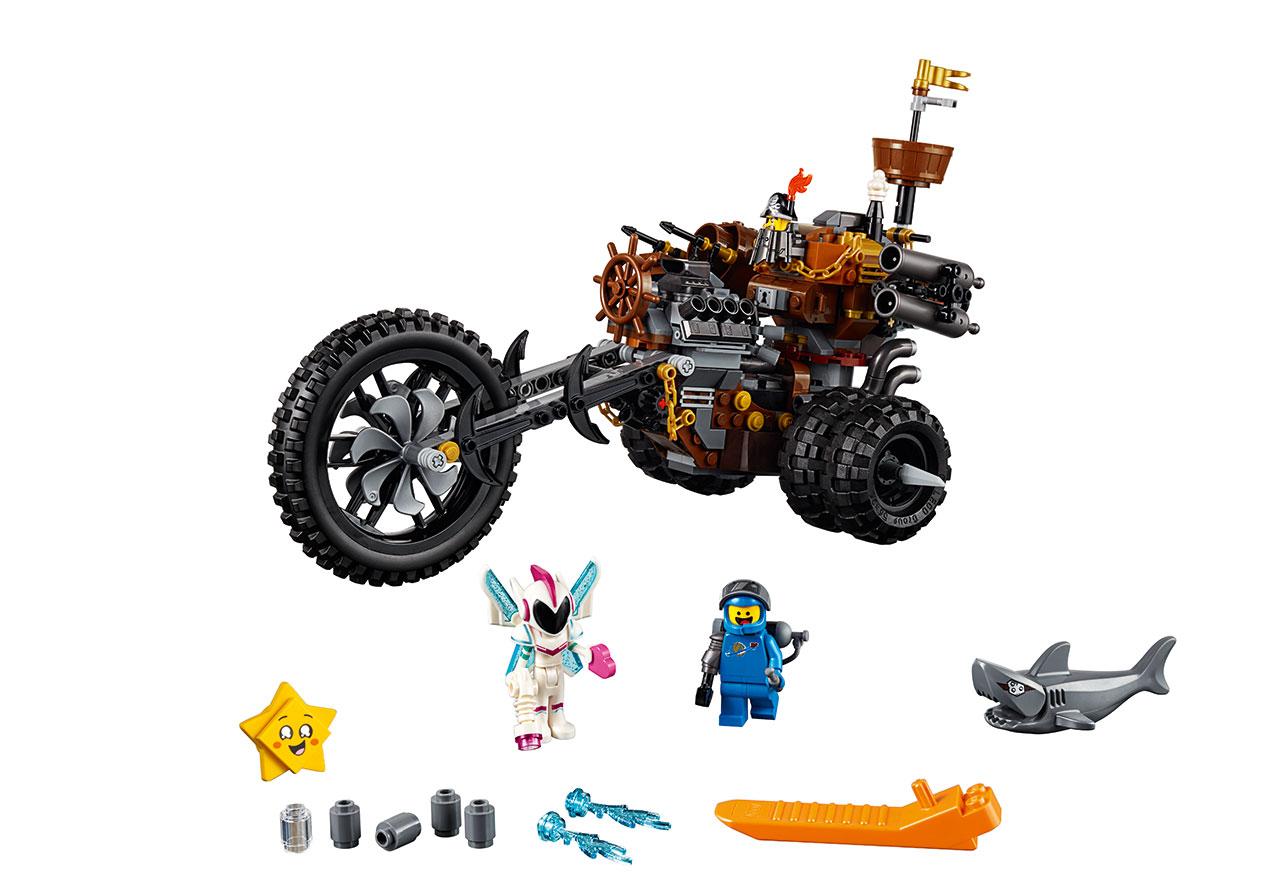 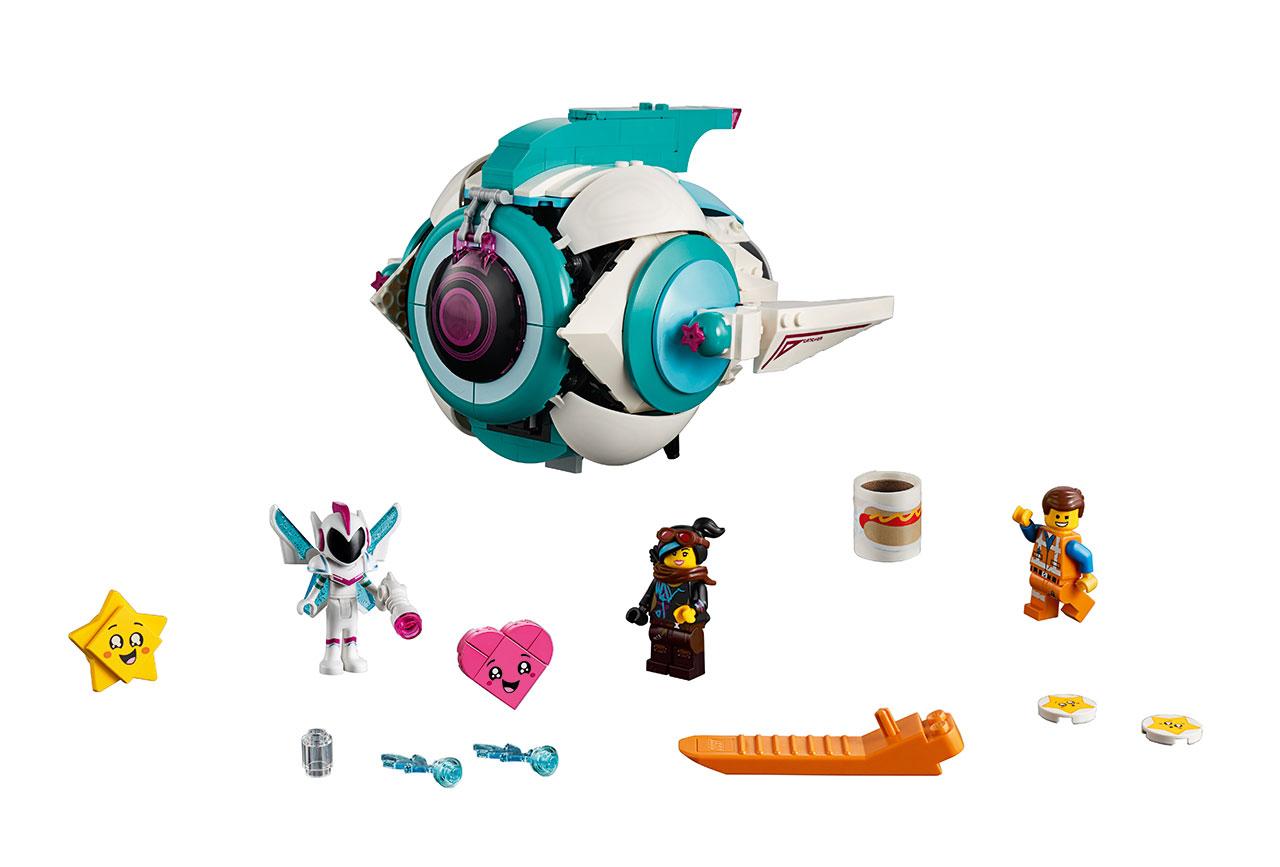 Emmet has a Dream House here too. This set is a little harder to wrap one’s head around. I’d recommend you make certain the gift-getter’s seen the movie before they get this as a gift, as it might be a bit confusing otherwise. 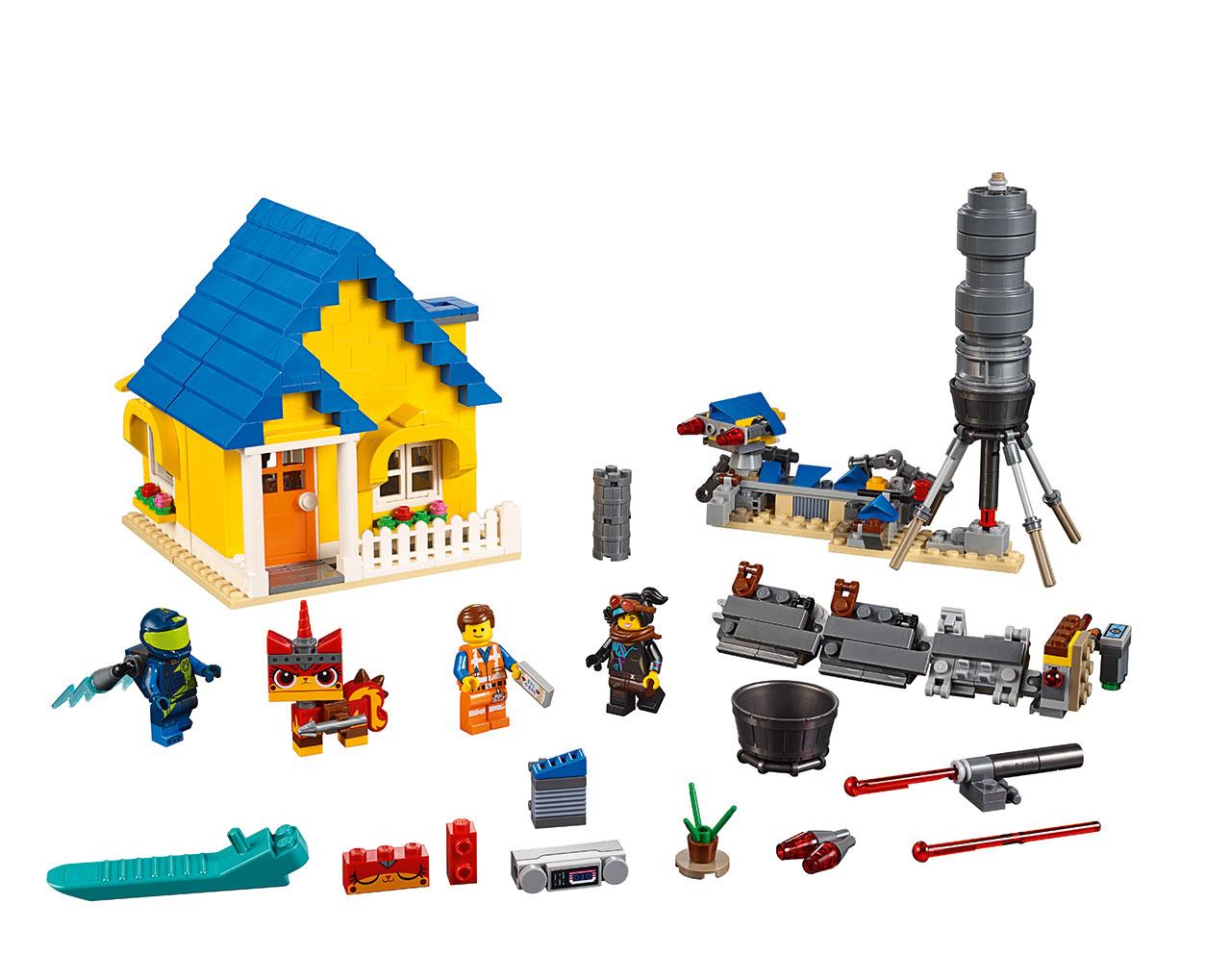 Holy cow this bus is going to tip over the instant it starts going around a corner! I think the award for most insane vehicle in the movie can safely be bestowed upon this monster right here. 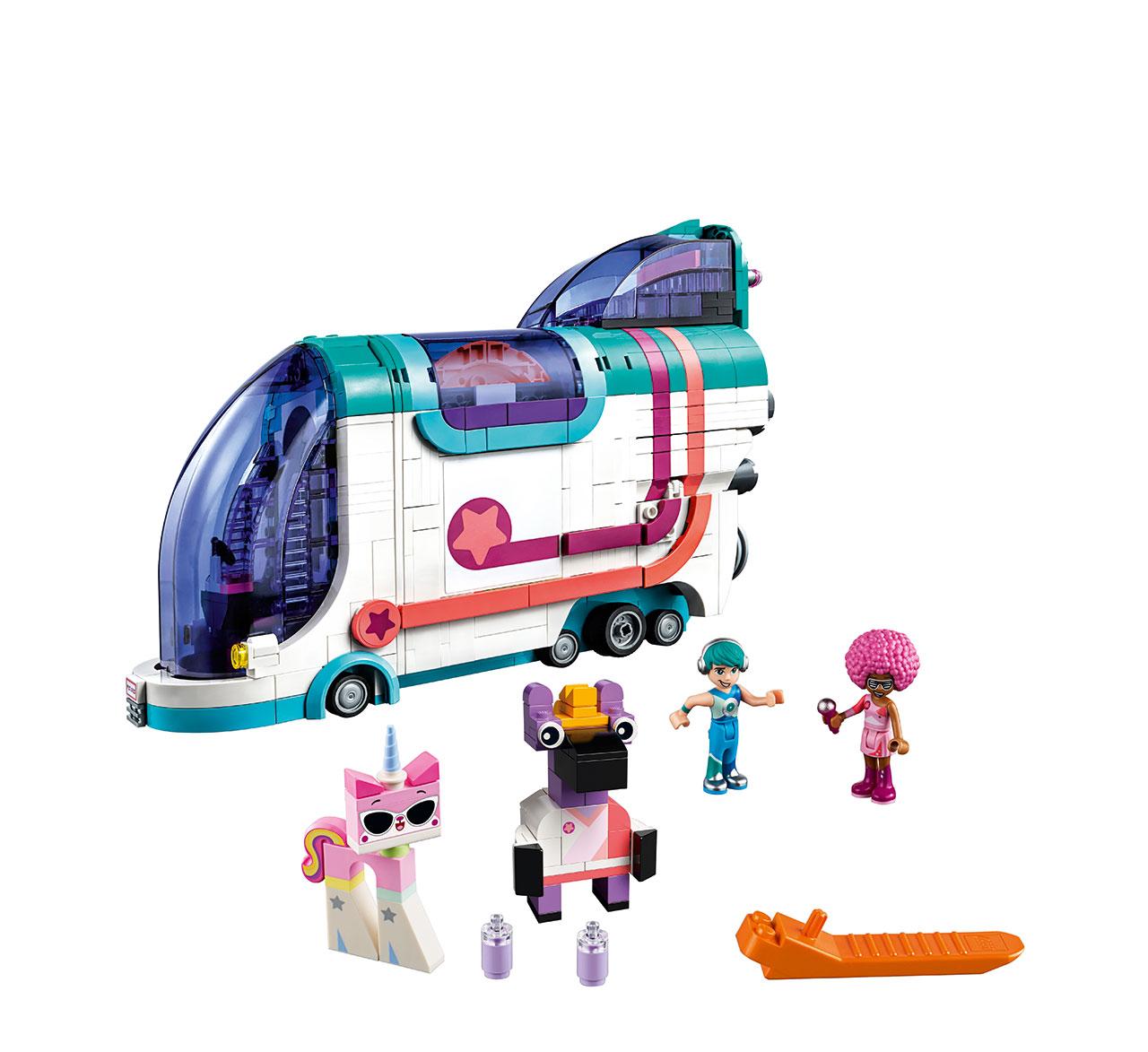 Oddly this doesn’t seem like the most amazing set in the collection – but I’ve no doubt whoever gets it as a gift will flip out with joy. There are dinosaurs in here, after all. Dinosaurs with lasers! 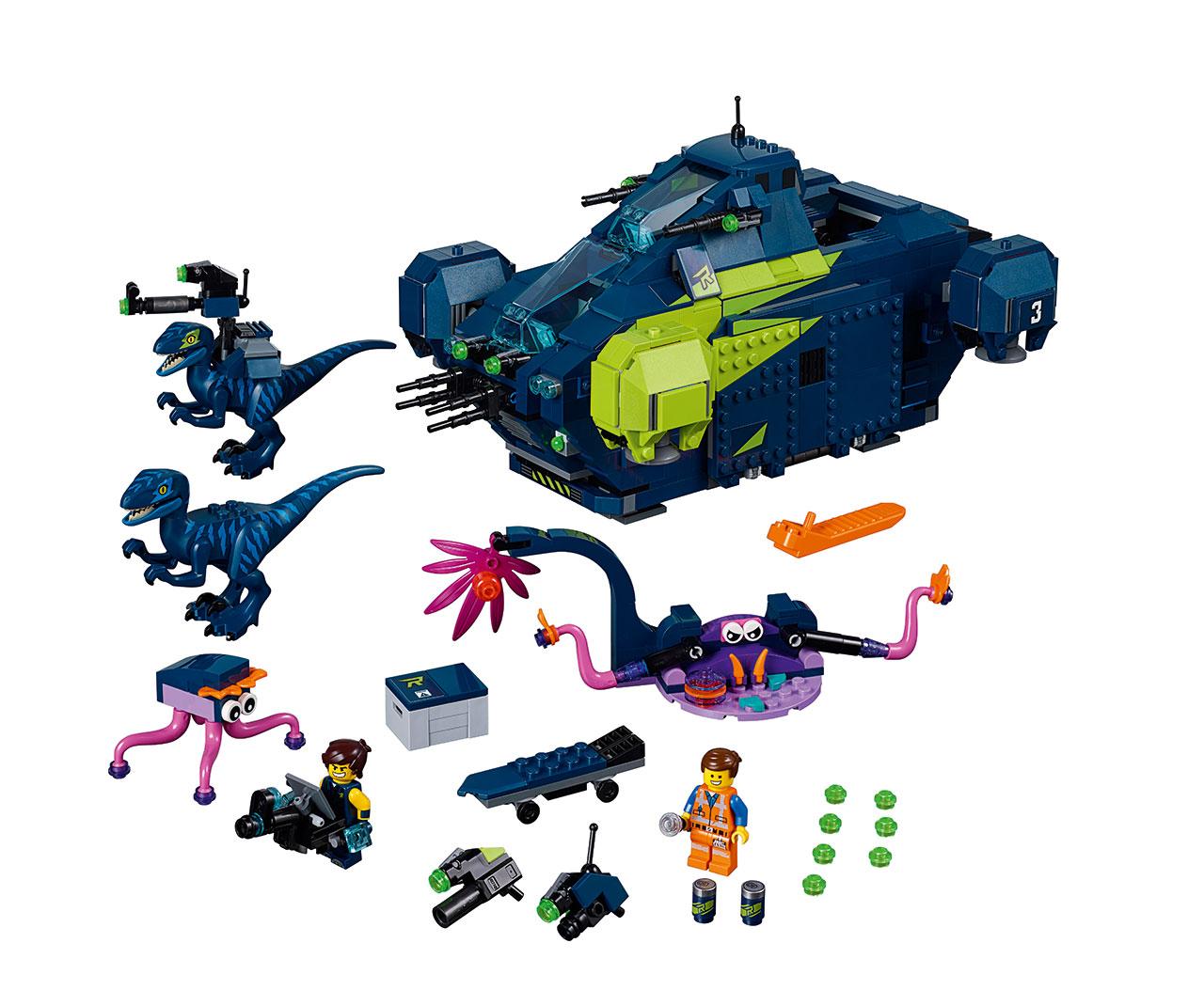 Have a peek at our LEGO reviews in the timeline below and stay tuned, we’ll be getting up close and personal with more LEGO bricks soon! This holiday season’s going to be JAMMED full of new LEGO building sets – we’ll be here to let you know which of the bunch is best to buy first.