NASA has pushed back the launch of the James Webb Space Telescope, another delay for the Hubble successor, though the aim is still to have the huge and complex instrument heading to its new home in space before the end of the year. The team behind the telescope project – a collaboration between NASA and the European Space Agency (ESA) – had previously intended to launch on October 31, 2021.

It’s not the first delay for the $10 billion project. Development began all the way back in 1996, and at the time the intent was to launch in 2007; a significant redesign followed in 2005, and construction didn’t actually begin until 2016. Further hurdles – including the COVID-19 pandemic preventing on-site work – pushed the launch back to late 2021.

It’s a complex instrument, focusing on long-wavelength visible through to mid-wavelength infrared light rather than than near-ultraviolet focus of Hubble. That will allow it to see older objects, using a vast mirror which unfurls like a high-tech flower, and an even larger sunshield to help keep the whole assembly cool. NASA and the ESA plan to position it at the Earth-Sun L2 Lagrange point.

Talk of a delay began in mid-May; now, James Webb director for launch services Beatriz Romero said, a “combination of different factors” are impacting the rescheduling, ArsTechnica reports. The telescope still needs to finish its folding process ahead of being shipped to the launch site: it’s too large, in its deployed form, to fit into a rocket payload bay, and so is designed to collapse down first. 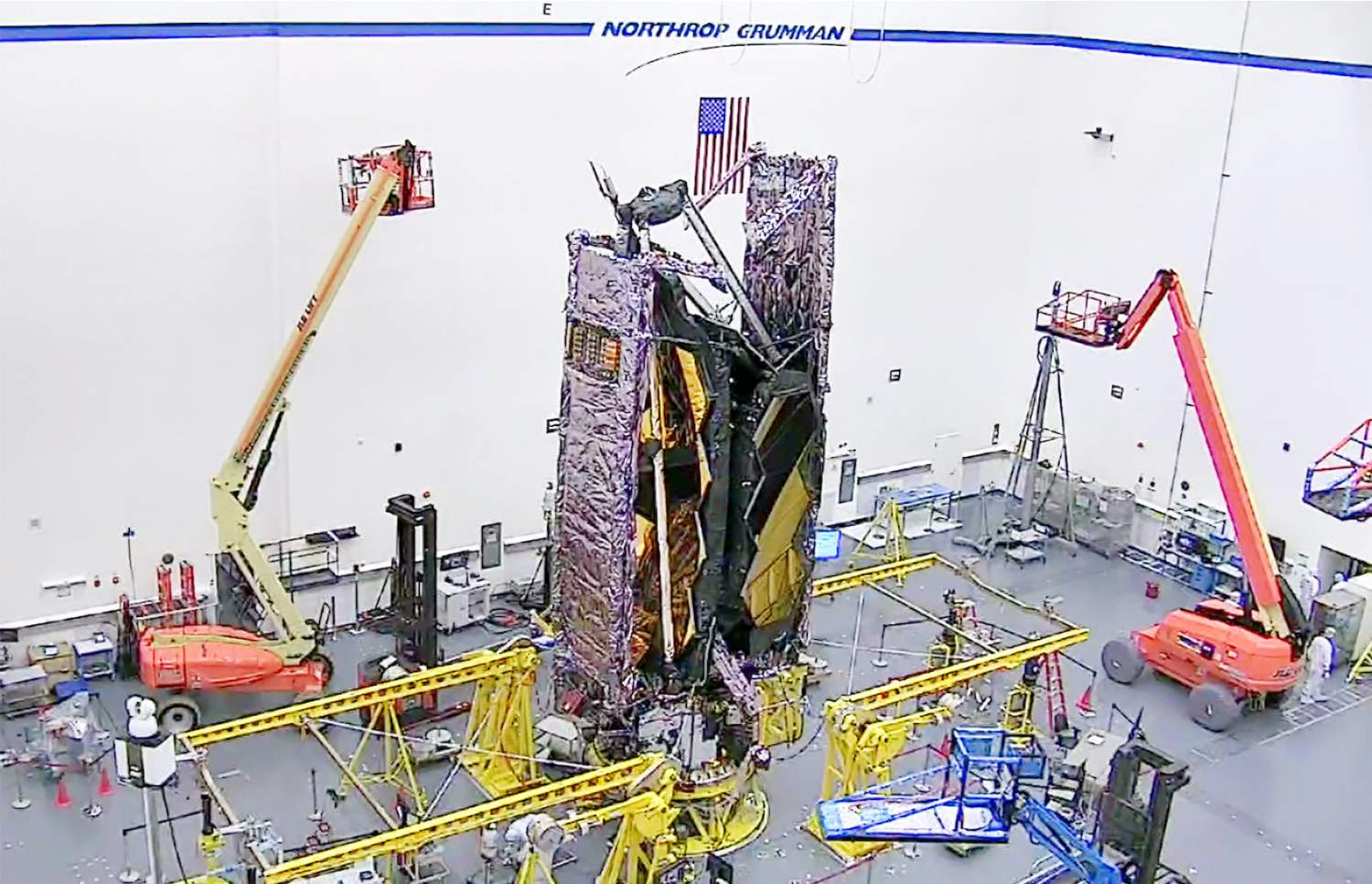 That’s expected to happen near the end of August, but once Webb arrives in French Guiana it’ll take another 55 days to prepare it for actual launch. That’ll involve an Ariane 5 booster, which is currently grounded for a fairing redesign. Before the telescope can use the booster, two test flights to check that redesign is up to scratch are scheduled.

Even then, there could still be further delaying factors. COVID-19 remains an issue, particularly in French Guiana where vaccine availability is low.

The reality, then, is that Webb’s launch can’t happen until mid-November at the very earliest. It’s possible, the team concedes that it could in fact slip into December, though the goal is still to have the rocket blast off before 2021 is through. Once it reaches the L2 point NASA and the ESA have in mind, it’ll need to keep itself circling around it in a halo orbit.

It’s that which adds a lifespan cap to Webb. Sticking to that orbit demands fuel, and so just how much the team can load onboard to begin with will manage how long the new telescope can remain operational. The current mission plan is five years – after a six month commissioning phase – with enough fuel included for 10 years.