The iPad 3 we know today

There’s a brand new Apple mobile device on the way by the name of iPad 3, and based on the tips, rumors, and leaks that have been sent out thus far tied with features we simply expect will be inevitable, we’ve got what we expect is a pretty accurate picture of what this next generation device will be. The most recent rumor is one that shows the hardware upgrade from the outside in, it including a more tapered design across the back with a same sized display on the front along with a larger camera lens hole. Though this hole might simply mean it’ll have a nicer lens and a slightly modified set of contents, it’s possible that the changes begin with an upgraded camera rating and a sleeker yet more powerful battery.

Based on the information we’ve got so far, the next iPad will be modified to a degree that will have case and skin makers having to create all new templates, while apps on the whole will be able to function – but will also benefit from being modified to handle a much more pixel-dense display. This display will be the same size as before in its size ratio, length, and width, but the technology in the display will be upgraded to the point at which it’ll be able to be called a Retina display – in this case that means four times the pixels: 2048 × 1536, this putting it well in line with the Android tablets already announced with Tegra 3 processors inside. 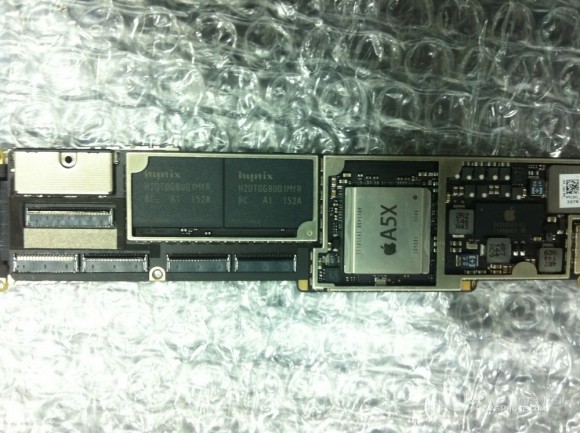 According to a tip and a rather clear photo from earlier today, this iPad will be powered not by the so-called “A6” chip we’ve been hearing about for so long, complete with four CPU cores, but an A5X chip instead. Whether or not this chip will have more than an already powerful two CPU cores is up to debate, but we expect something closer to the A5 dual-core chip that we’re seeing in the iPad 2 right now than a quad-core like the Android devices of this Spring are showing up with. 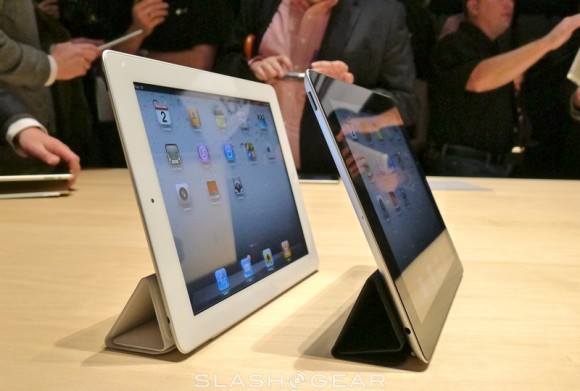 Next there will almost certainly be a tiered price system to take care of the remaining stock of iPads and iPad 2s in the system at the time of the release of the iPad 3, this lining up perfectly with the announcement today from analysts that the iPhone 4S price scheme for legacy devices resulted in excellent sales throughout these past few months. The iPad 3 will likely be announced in the first week of March, and the 7th of the month does appear to be popping up several times when the iPad 3 is mentioned.

We do not expect LTE connectivity, nor do we expect the device to have any sort of magical additional ports – and the pricing will likely be simply replacing the iPad 2 while the iPad 2’s price is lowered once again. Can’t wait for it all!