The Ford GT Mk II is a $1.2m supercar with the gloves off

The Ford GT was hardly a slowpoke, but for those who want the blue oval’s supercar turned up to 11 there’s the new Ford GT Mk II. Coaxing 700 horsepower out of the 3.5-liter EcoBoost engine, the limited-edition fettled coupe is Ford and partner Multimatic’s answer to the one big question GT fans had about the car.

That question was, of course, “just what could the GT do if it wasn’t restricted?” On the road, for instance – though we had no real complaints when we drove the GT in earnest – the challenges of homologation put a dampener on just what Ford Performance’s engineers can achieve. 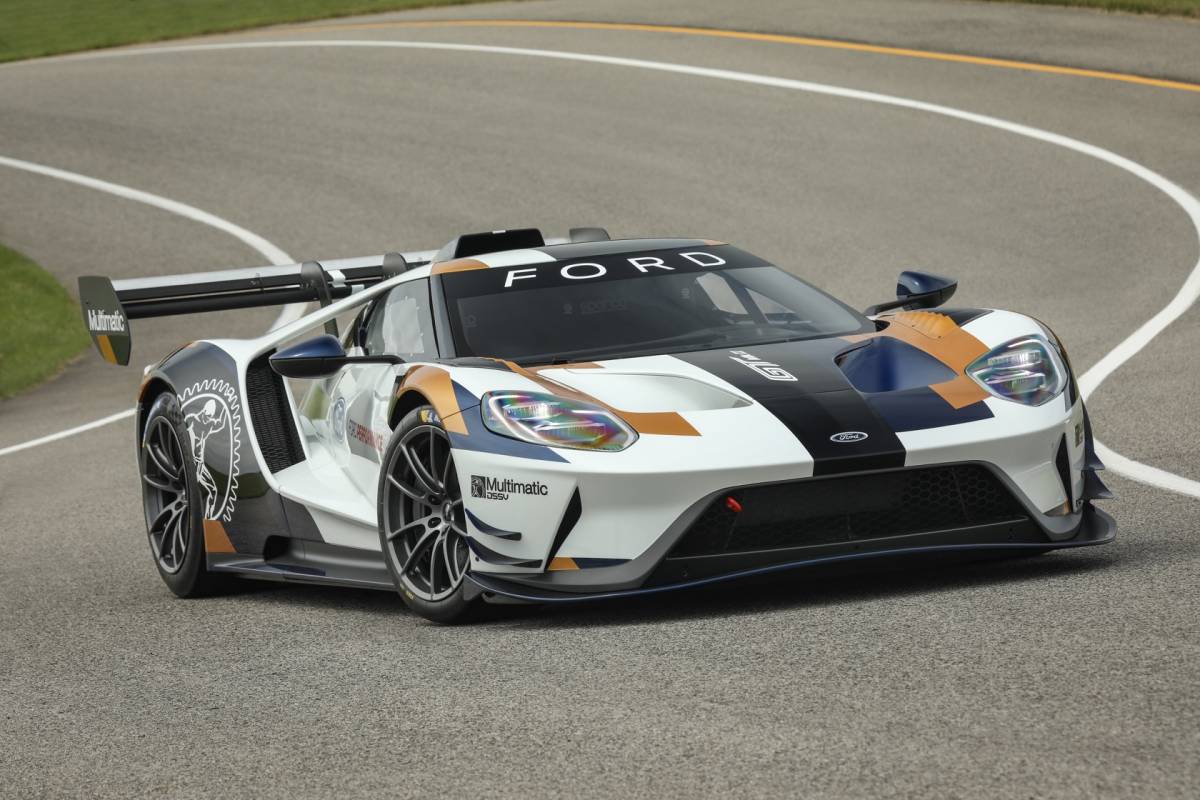 On the track, meanwhile, the GT car is actually even more restricted. There, Balance of Performance limits actually leaving the race car 150 hp down from its road-going counterpart. “The Mk II answers the regularly asked question of how would the car perform with all the limitations lifted: the answer is spectacularly,” Larry Holt, CTO of Multimatic, promises.

Production is a one-two punch. The GT Mk II starts out at the regular GT plant, where Ford’s technicians produce just 250 of the road cars each year. It’s then transferred to Multimatic Motorsports, where it undergoes its big transformation.

That process is enabled by the fact that not only is the GT Mk II ineligible for GT racing, but it’s not actually road legal, either. Free of such pesky things as racing body compliance and road laws, Multimatic can remove the limits on the engine and so hit 700 horsepower: 53 hp more than the road car, and 200 more than the racer. The seven-speed dual-clutch transmission is carried over, though recalibrated for the track. 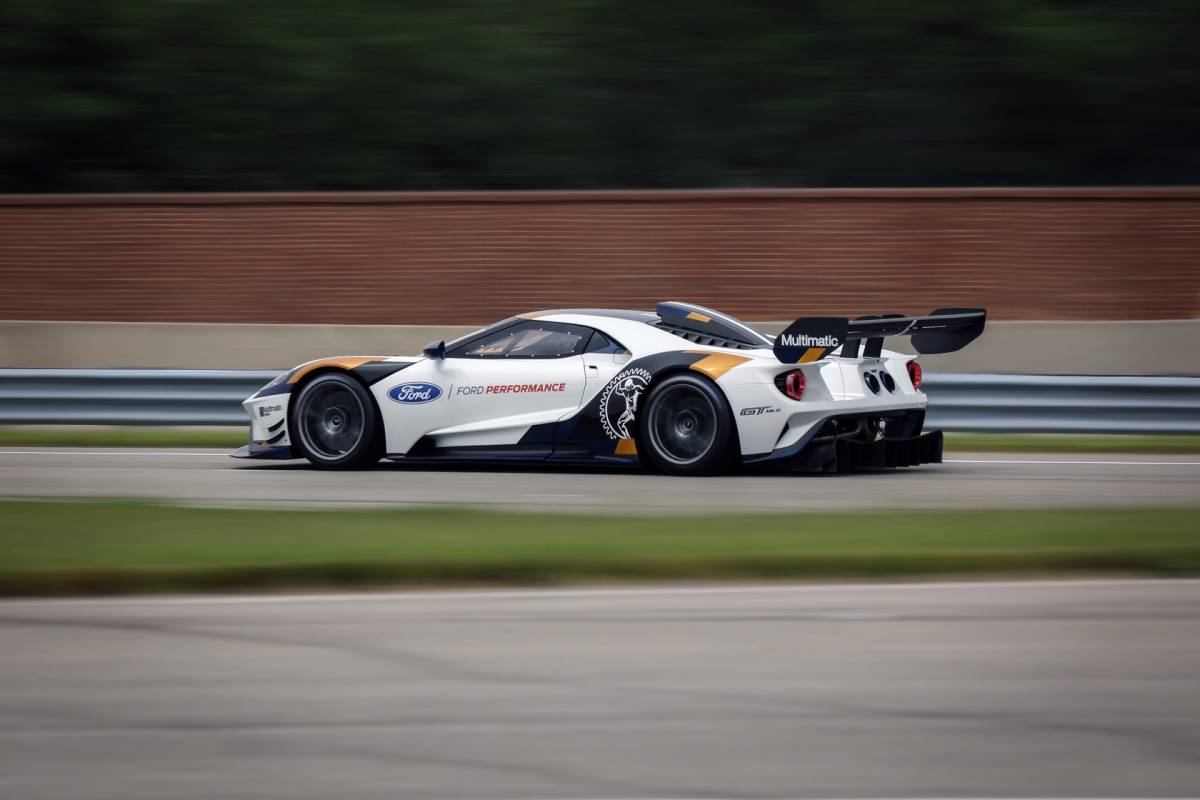 Since the road car’s adjustable ride height isn’t needed – you probably won’t be tackling curbs – the mechanisms for that can be junked. So, too, is the drive mode system. 5-way adjustable DSSV shock absorbers are installed instead, working with the lowered, fixed ride height. These changes alone help save more than 200 pounds in weight. 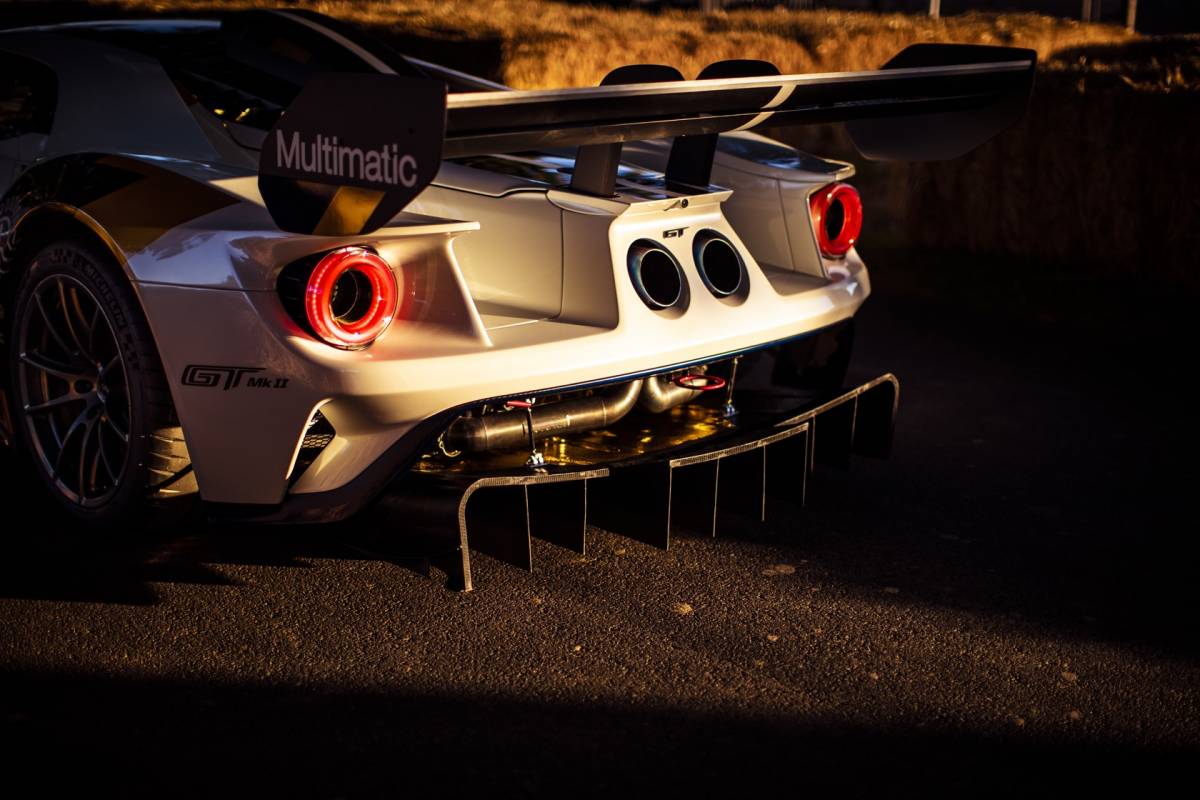 This isn’t just a fast car on paper, however. Ford Performance and Multimatic aimed for something that could actually be driven in earnest, and for more than just a couple of laps. So, the engine gets a high capacity air-to-air outboard mounted charge air cooler with water spray technology, the latter automatically spritzing atomized water onto the charge air cooler. A roof-mounted air intake supplies the auxiliary engine, clutch and transmission coolers. 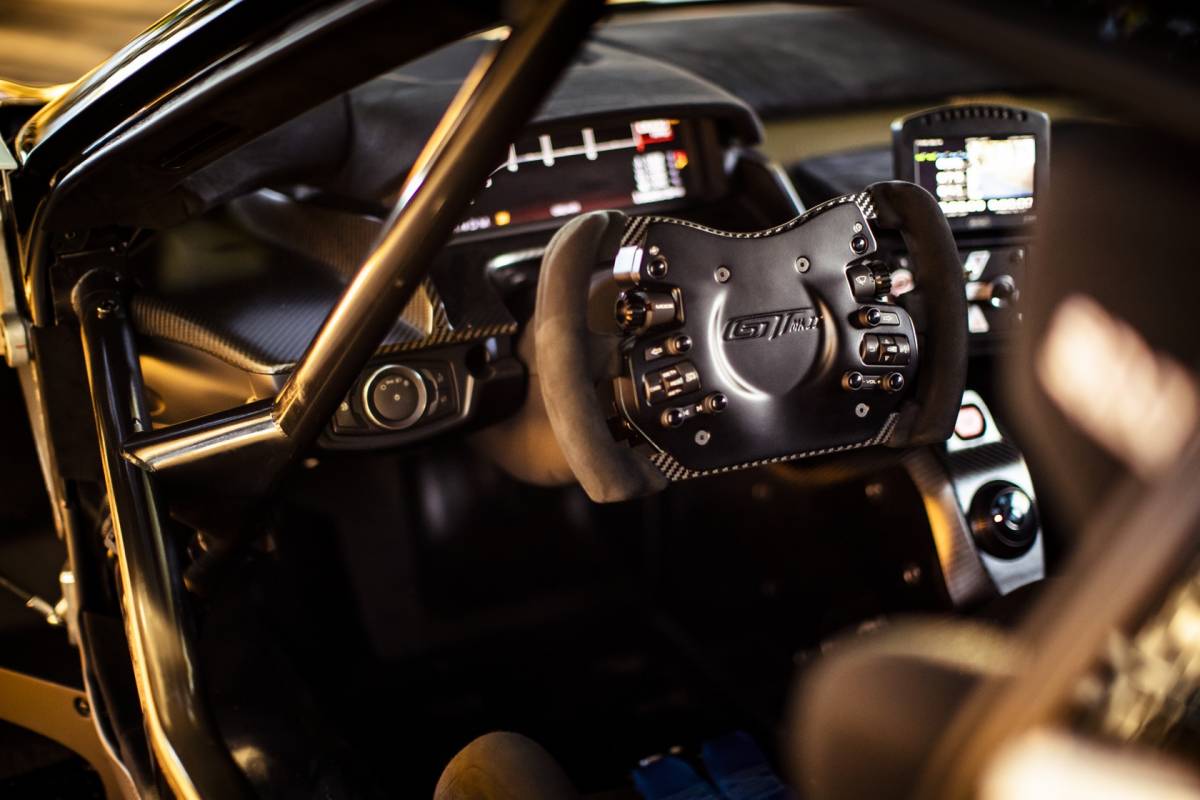 Finally, there are the brakes. There, it’s the street GT that donates the parts, with its carbon ceramic brakes – Brembo 15.5-inch discs at the front, and 14.1-inch at the rear – combined with unique forged aluminum 19-inch wheels.

Inside there’s a bespoke Sparco racing seat with a six-point racing harness, and a full MoTeC data logger for track info. Its display also shows the view from the reversing camera. If you want a passenger seat, that’s optional. 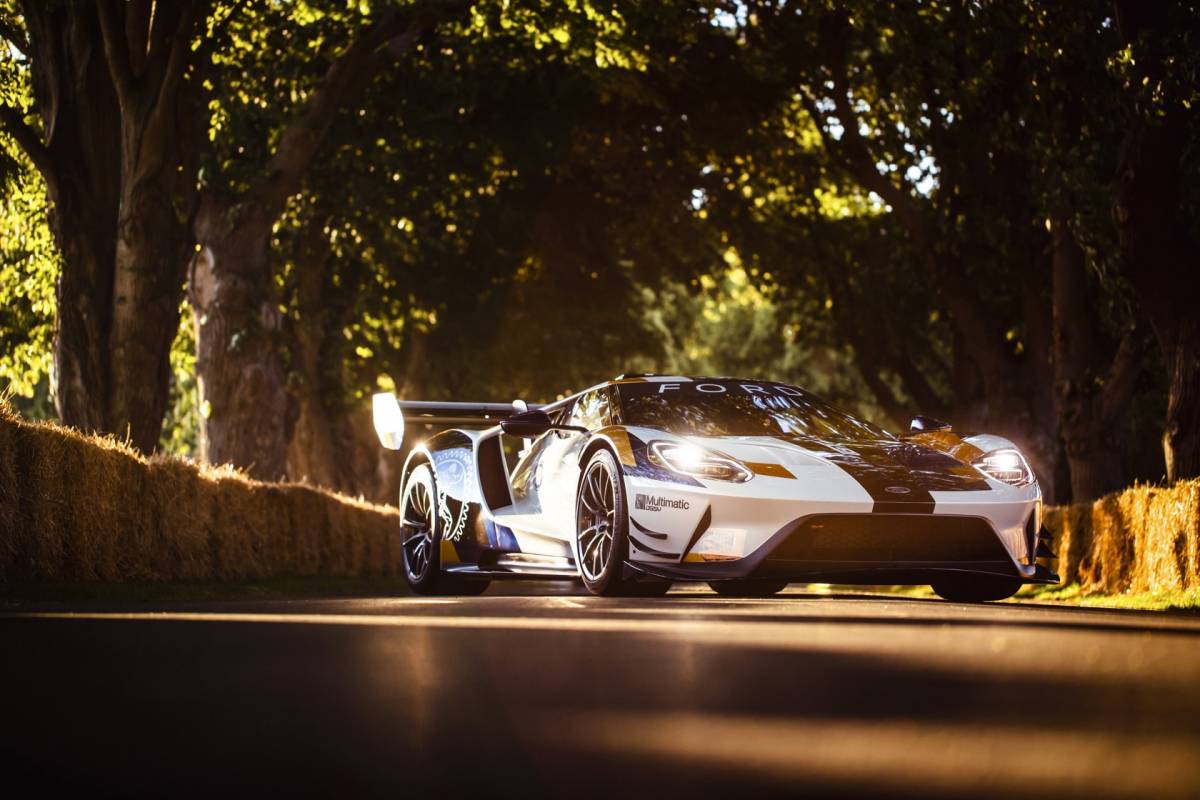 All in all, this is a serious supercar cranked up to a very serious track day special. Pricing and availability will match that ethos, unsurprisingly. Only 45 of the Ford GT Mk II will be produced, each starting at $1.2 million.