The Bugatti Chiron Pur Sport devil is in these incredible details

Turns out, there’s more to making a really, really fast hypercar than just dropping a huge engine inside. Bugatti is pulling back the curtain on the Chiron Pur Sport, the “most extreme” version of a car that’s hardly mundane to begin with, and detailing some of the changes – visible and otherwise – that make it such a beast.

Announced back in March, the Chiron Pur Sport is another flirtation with the core Chiron from the French automaker. Promising more agility, better handling, and even more engaging driving in twists along with on the straights, the result should be a hypercar as epic in the corners as it is at pure pace.

Under the skin, a reworked chassis

That’s arguably harder to do than just setting speed records, and Bugatti had to start anew when it came to the Chiron Pur Sport’s chassis. The camber, for example, has been changed to -2.5 degrees on each axle; that demanded new suspension joints. Much firmer springs than in the standard Chiron work with automatically-adjusting shock absorbers, which can tweak their settings in under 6 milliseconds according to the nature of the road, and significantly harder bearings joining the whole thing to the body. 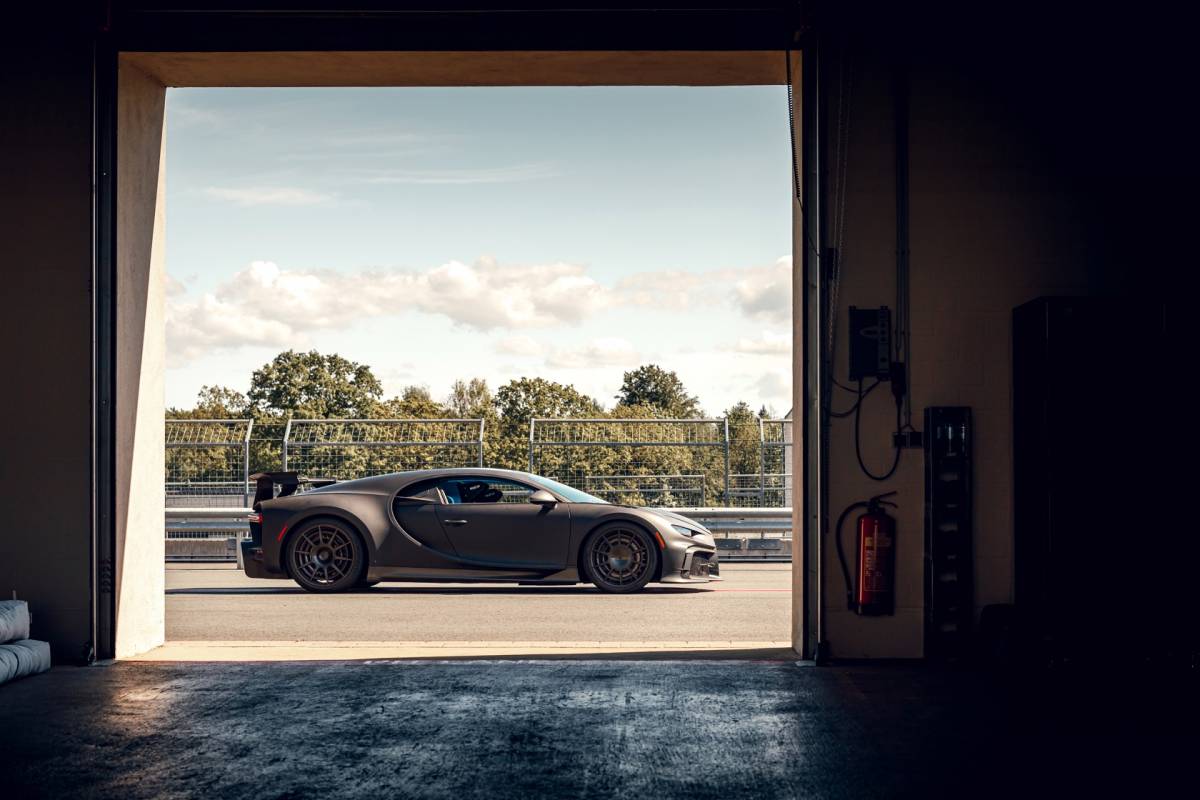 At the same time, though, Bugatti opted for softer tires. That helps with grip, a collaboration between the automaker and Michelin resulting in a set of bespoke Sport Cup 2 R tires. They’re 285/30 R20 at the front and 355/25 R21 at the rear, with a new structure and rubber compound that help deliver 10-percent more lateral acceleration.

They’re mounted on new wheels, too. The magnesium rims with optional Aero blades are each almost 9 pounds lighter than those on the standard Chiron, reducing unsprung mass. However there’s more to it than just a diet. 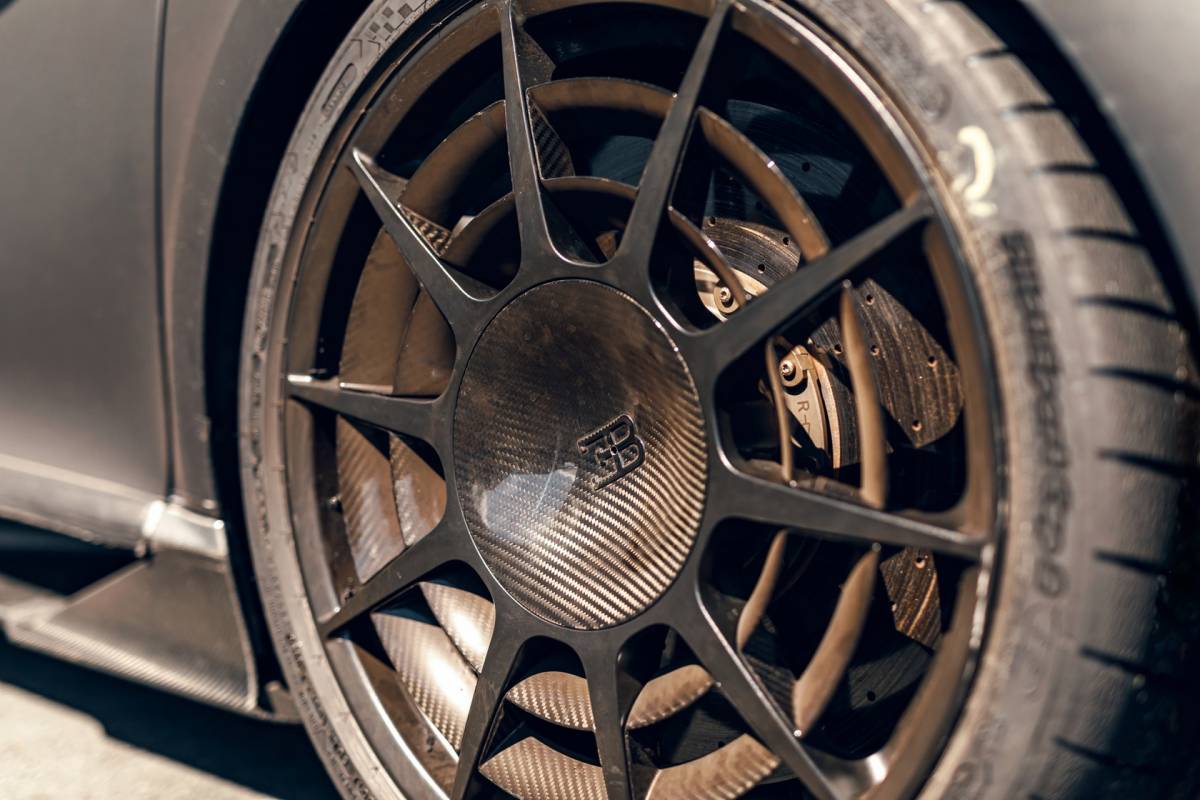 The Aero blades act to extract air from the wheel arches, while rings on the rim such air through the wheels and add to the overall downforce. Even the five wheel bolts are covered, cutting down on air turbulence.

This won’t be the fastest Chiron

One of Bugatti’s most enduring charms is its obsession with top speed. The original Chiron could do 261 mph; the Chiron Super Sport 300+ would – the automaker said, had it not limited the top speed electronically – do over 300 mph. In contrast, the Chiron Pur Sport is limited to “just” 217 mph. 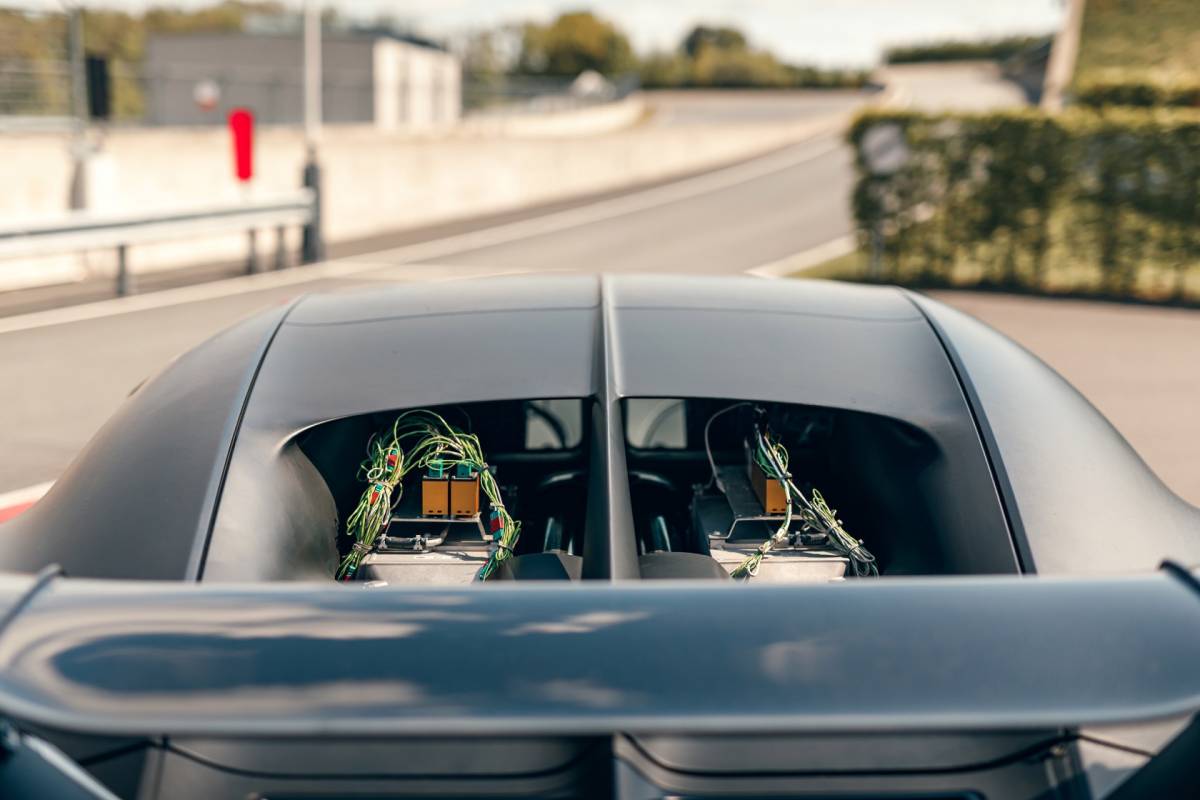 Clearly, that’s still not slow. In fact it still puts the vast majority of other cars to shame. Bugatti’s argument is that it wanted to deliver maximum road grip across the range of speeds that the Chiron Pur Sport can achieve, rather than running into any sort of shortage of traction as the speedo cranks higher.

One of the more eye-catching elements of the regular Chiron is its trick rear spoiler, which extends out on a hydraulic system. Bugatti removed those hydraulics for the Chiron Pur Sport, and saved over 22 pounds in the process. 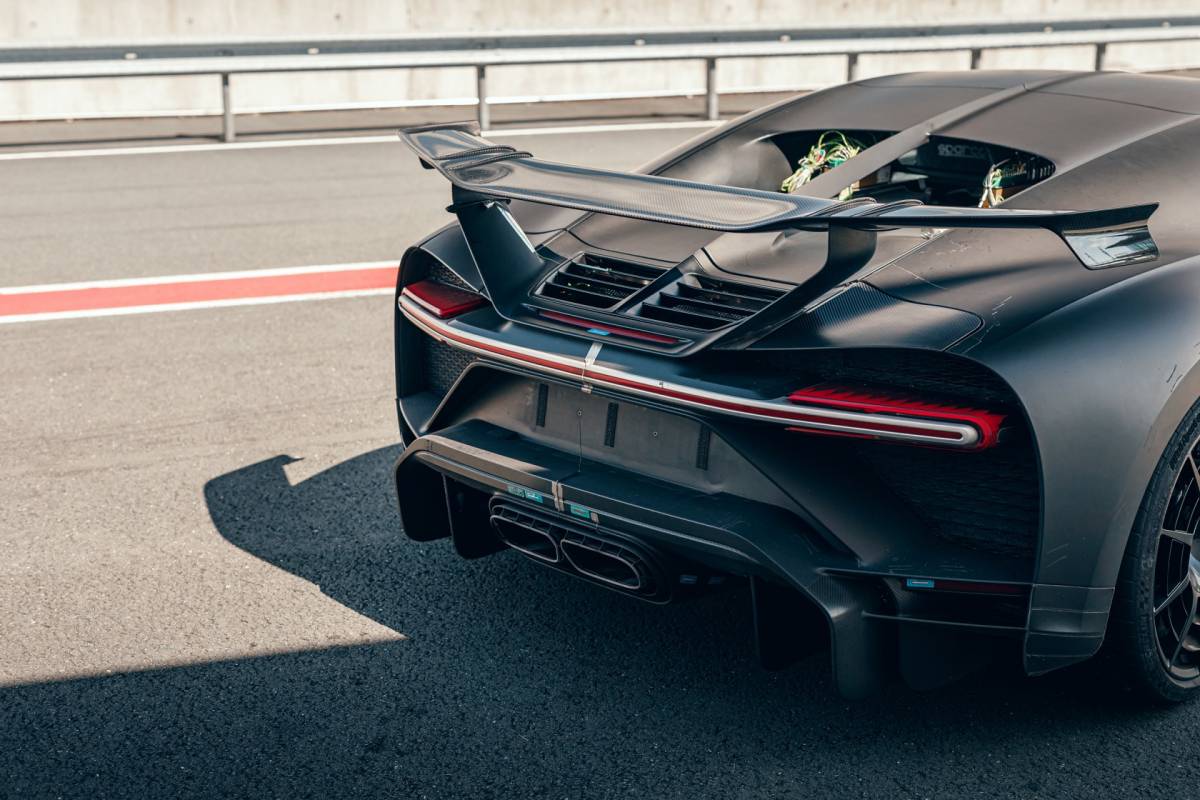 The fixed rear wing itself is actually over six feet in width, and is paired with a larger, longer diffuser. At the from, there’s a large front splitter, wider front air intakes, and wheel arch ventilation. Combined with the lower standing height, it means more downforce across both axles.

It also works with the new ESC-Sport+ mode, which has been added to the usual EB, Autobahn, and Handling modes. Switch to Handling, press the ESC button, and the Chiron Pur Sport’s electronic nannies take a step back. They’ll still wade in if the worst is happening, but they’ll allow for much more slip, thus controlled drifts at a greater angle.

Bugatti would probably rather you do that only on a dry track, mind. 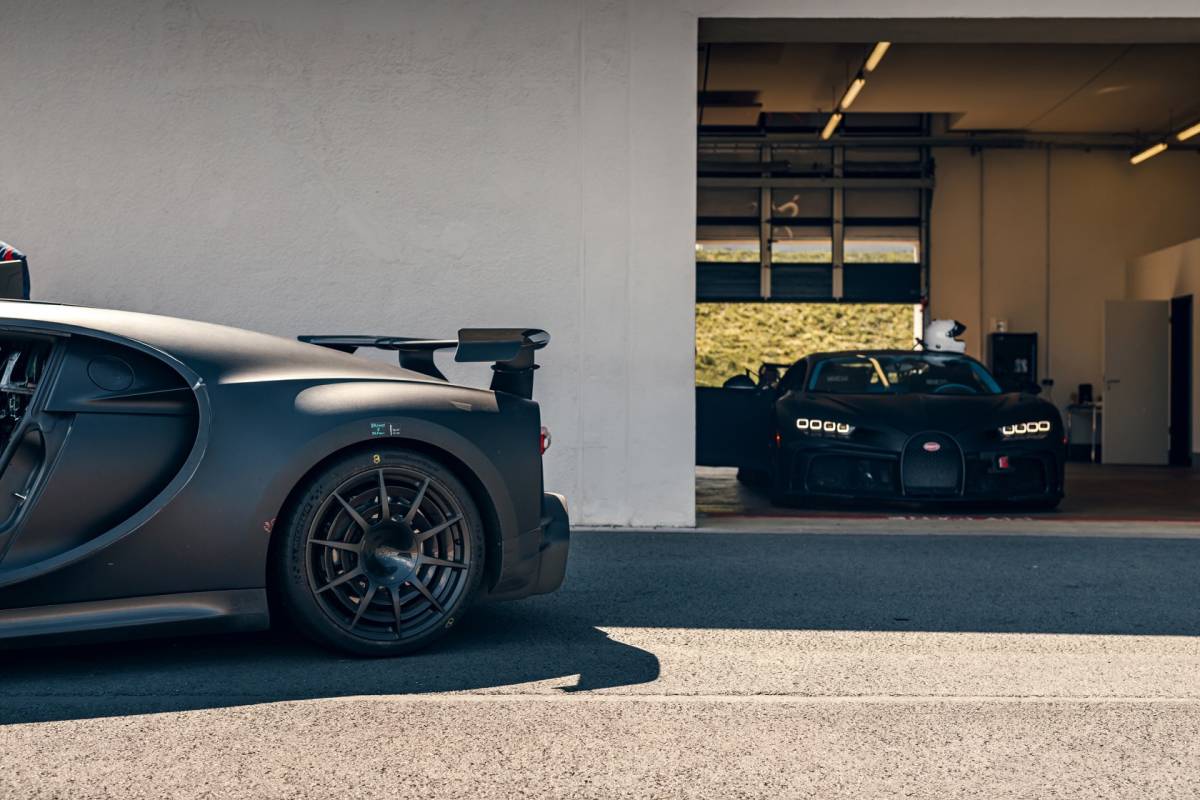 Bugatti’s pride and joy, the W16 engine, is of course in place behind the driver’s head. Its 8.0-liters and four turbochargers deliver 1,479 horsepower and 1,180 lb-ft of torque. However the engineers have raise the maximum engine speed to 7,000 rpm.

Compared to the regular Chiron, the Chiron Pur Sport now revs 200 rpm higher. Maximum output comes from between 6,700 and 6,900 rpm, which means it’s available for longer. 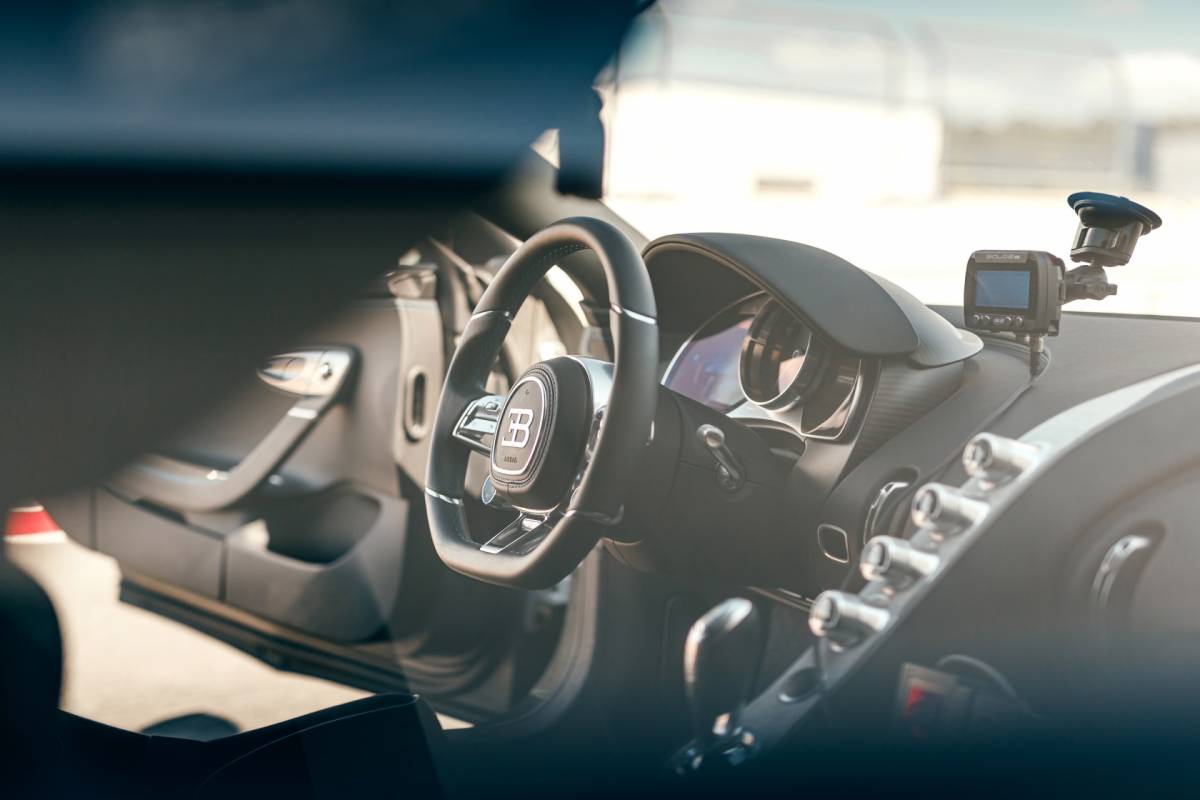 The gearbox, meanwhile, still has seven-speeds, but each gear has been shortened by 15-percent. It means 0-62 mph comes in 2.3 seconds, trimming a tenth of a second from the regular Chiron, and 0-124 mph takes 5.9 seconds instead of 6.1.

Maybe more noticeable will be the in-gear acceleration. 37-75 mph takes 4.4 seconds in sixth gear, for example, in the Chiron Pur Sport: the normal Chiron takes 7.4 seconds. “All in all,” Bugatti says, “elasticity is 40-percent higher than in the Chiron.” 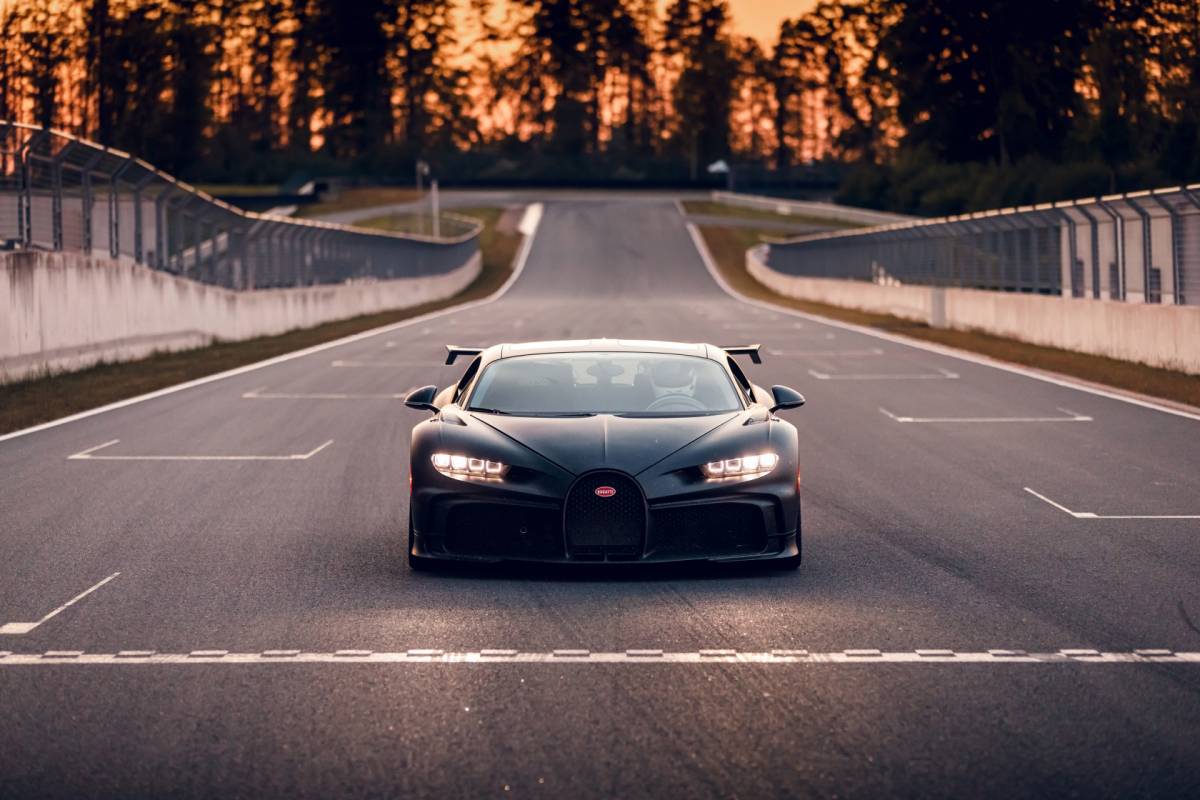 Obsessive attention to detail is par for the course for a Bugatti, but the Chiron Pur Sport will have a very limited number of spots for actual drivers. After series production kicks off in the second half of this year, the automaker plans to build just 60 of the cars.

Pricing will start at $3,599,000, though as always there’ll be no shortage of options to customize the Pur Sport and make it even more unique. First, Bugatti needs to finish up its fine-tuning, both out on the race track and on the road.