The Bugatti Bolide is as real as it gets, and here’s proof

A few weeks ago, Bugatti made us stand up and take notice with its newest Bolide hypercar. Bolide is pushing the boundaries of what is physically possible, said Bugatti, and is the most extreme, uncompromising, and fastest racing car the brand has ever made.

However, Bolide only exists in the virtual realm – until now, that is. The French supercar maker is kind enough to share high-definition images of the real Bolide in all its glory, albeit in pre-production prototype guise.

Make no mistake, Bugatti has yet to confirm if Bolide will remain a concept or if the brand is releasing a limited number of production units to interested, well-heeled clients. But it’s nice to know the Bolide is as real as it gets, as proven by these magnificent images. 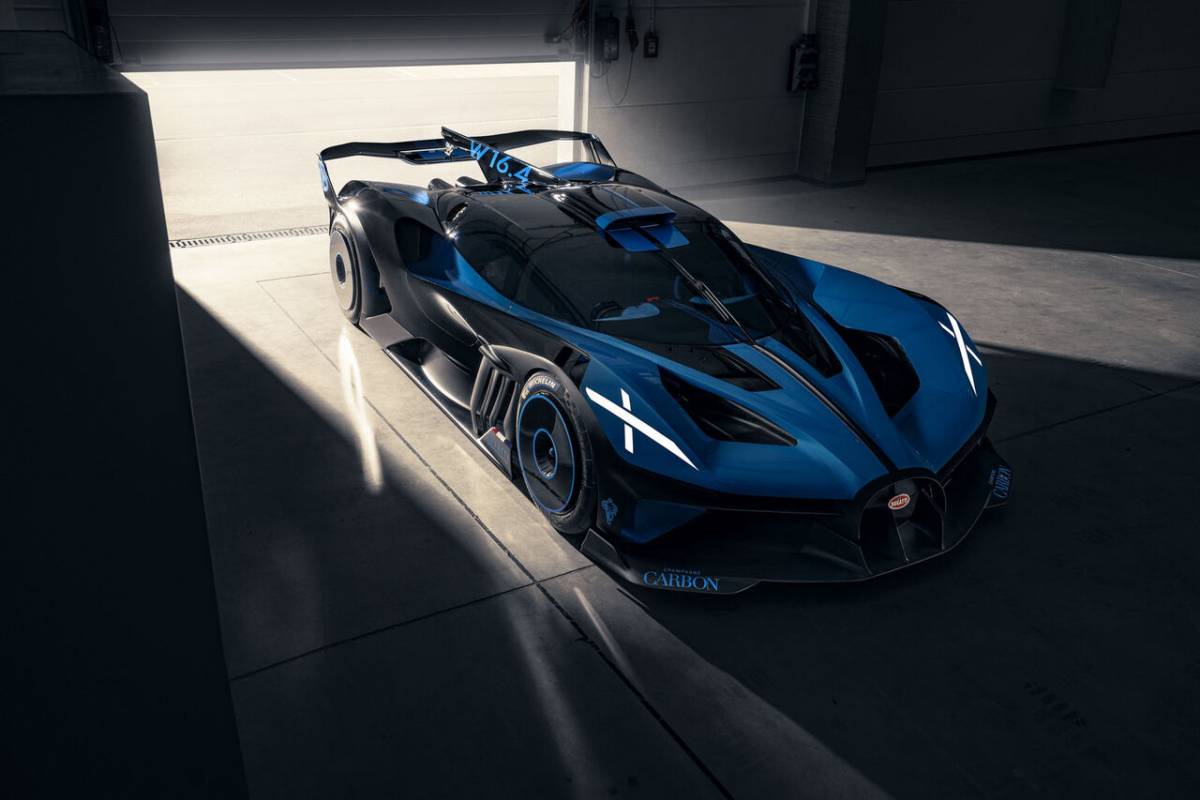 “With the Bolide, we have dared to pursue an experiment of extremes,” said the affable Stephan Winkelmann, President of Bugatti. “In our history that dates more than 110 years, there has never been a comparable model based on such a minimalist concept conceived solely around the engine.” 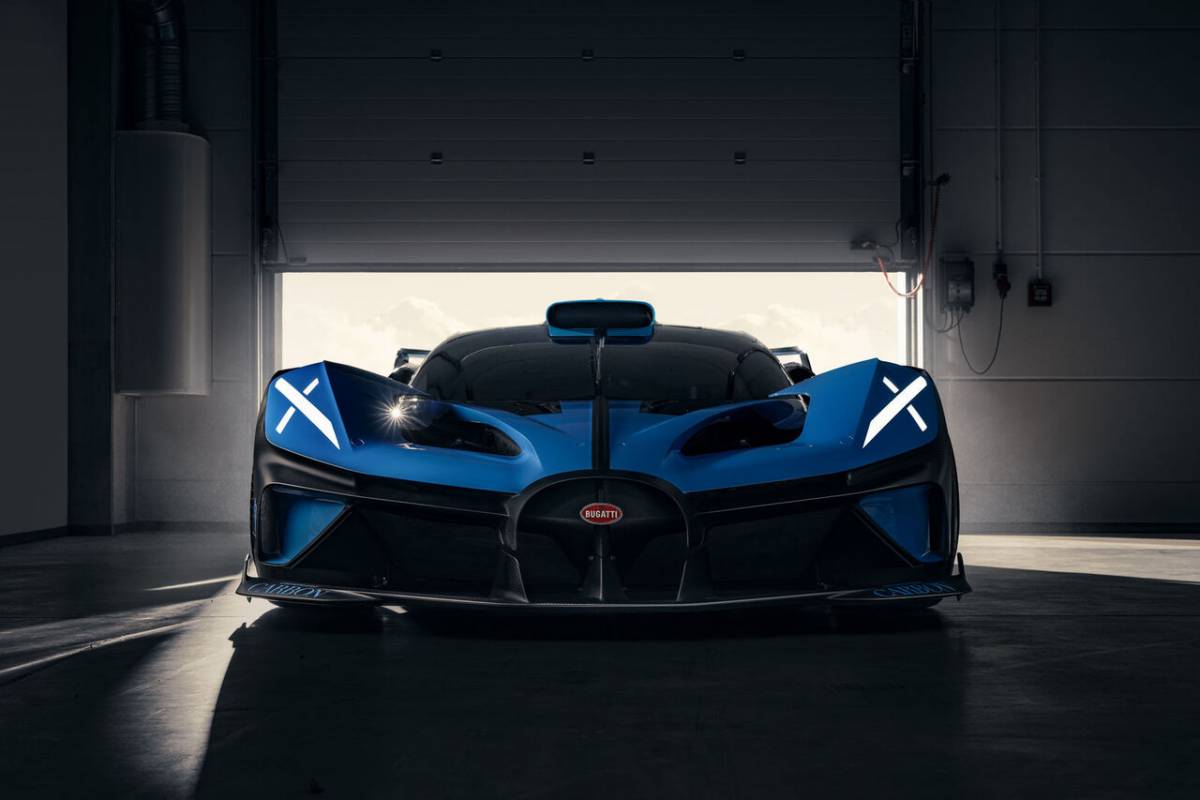 That engine is the same 8.0-liter W16 motor found in various iterations of the Veyron and Chiron. In Bolide guise, the engine churns out 1,825 horsepower and 1,364 pound-feet of torque.

The motor has four new turbochargers, a new dry-sump lubrication system, and a new air-to-air intercooler with a water pre-cooling system. But unlike Chiron with its hefty 1,996 kilograms (4,400 pounds) curb weight, Bolide tips the scales at roughly 1,240 kilograms (2,737 pounds). 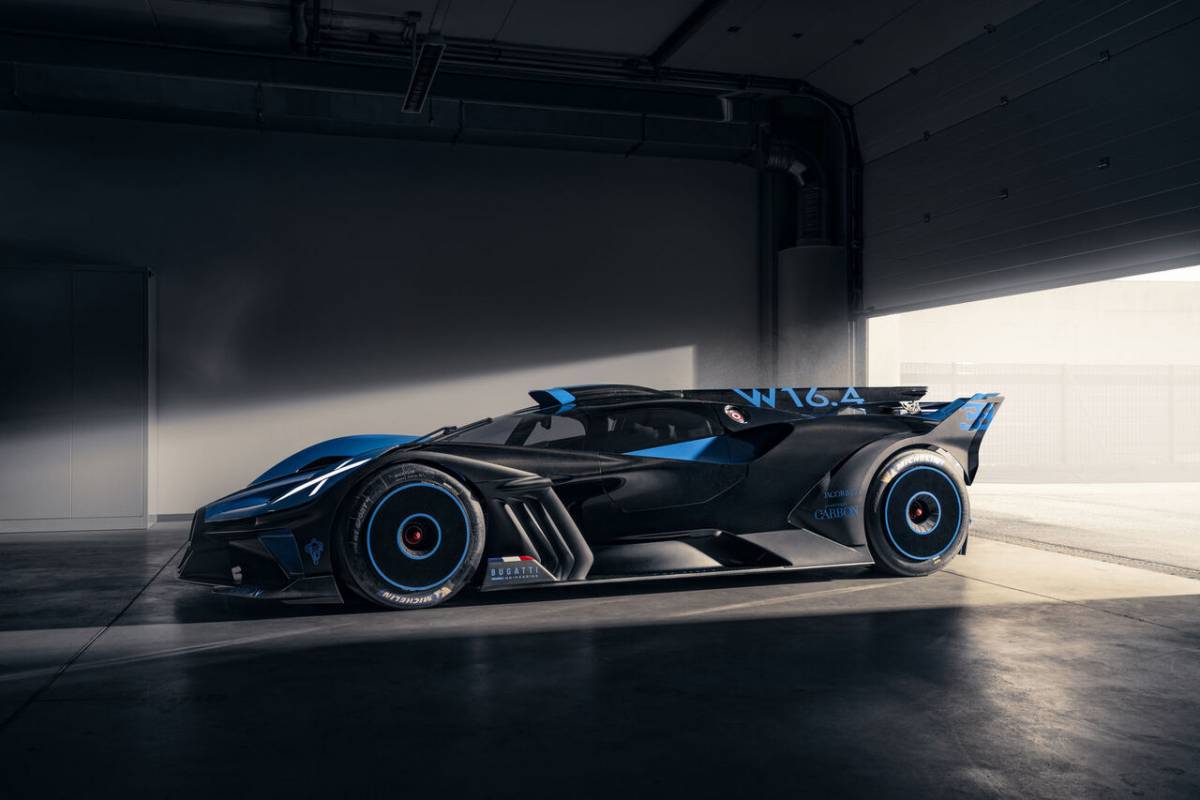 Bugatti did it by utilizing new materials and manufacturing techniques. For instance, Bugatti shaved 50-percent less weight in the vehicle’s auxiliary drive shaft by combining 3D-printed titanium end-fittings and wound carbon fibers. Additionally, all the screws and fasteners are now made of titanium.

Meanwhile, the brakes get lightweight calipers and ceramic disks to save 5.3 pounds at each corner. The Bolide also gets forged magnesium wheels and a bare interior void of unnecessary luxury components to further reduce weight. Additionally, Bolide has polycarbonate windows, a redesigned exhaust system, and hollow functional parts made of aerospace-grade titanium alloy. 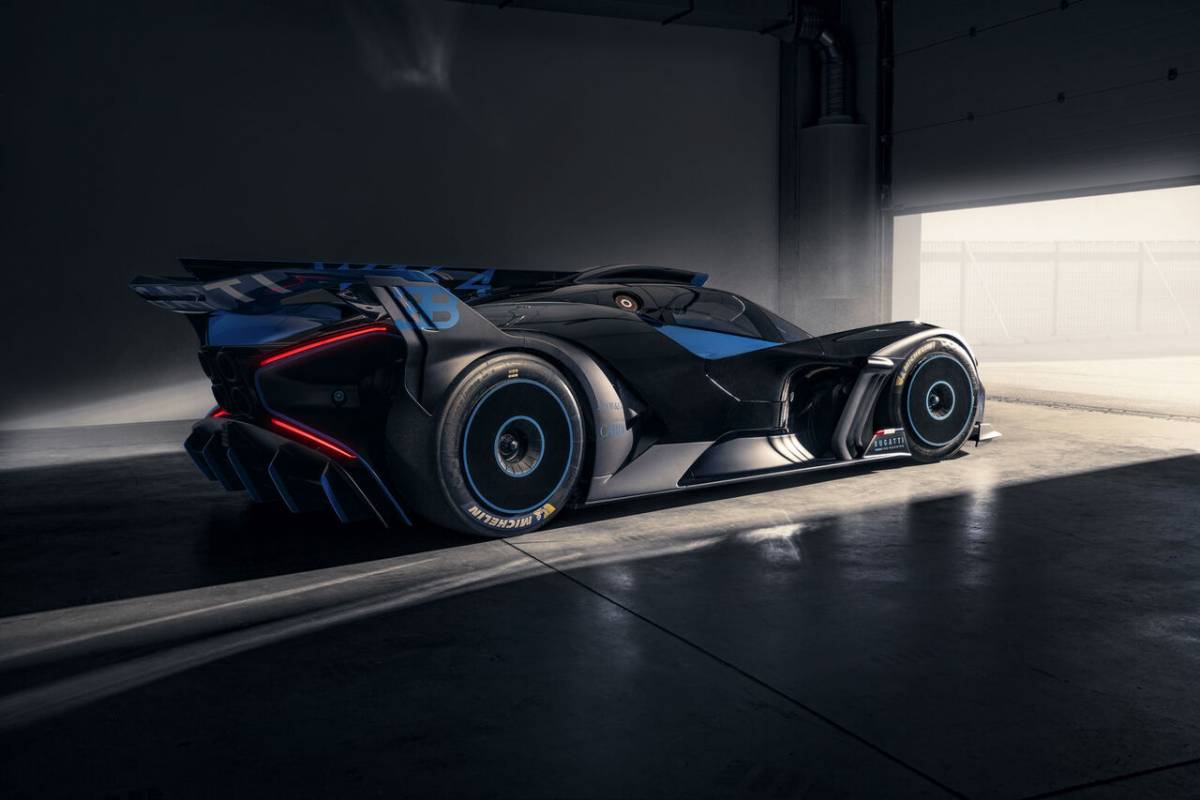 With the quad-turbo W16 engine at full chat, the lighter Bolide is a serious track weapon. It goes from zero to 60 mph in 2.17 seconds, and it rushes to 124 mph from a dead stop in only 4.36-seconds. According to Bugatti, the top speed is well above 310 mph, making Bolide among the fastest to leave the Molsheim factory. 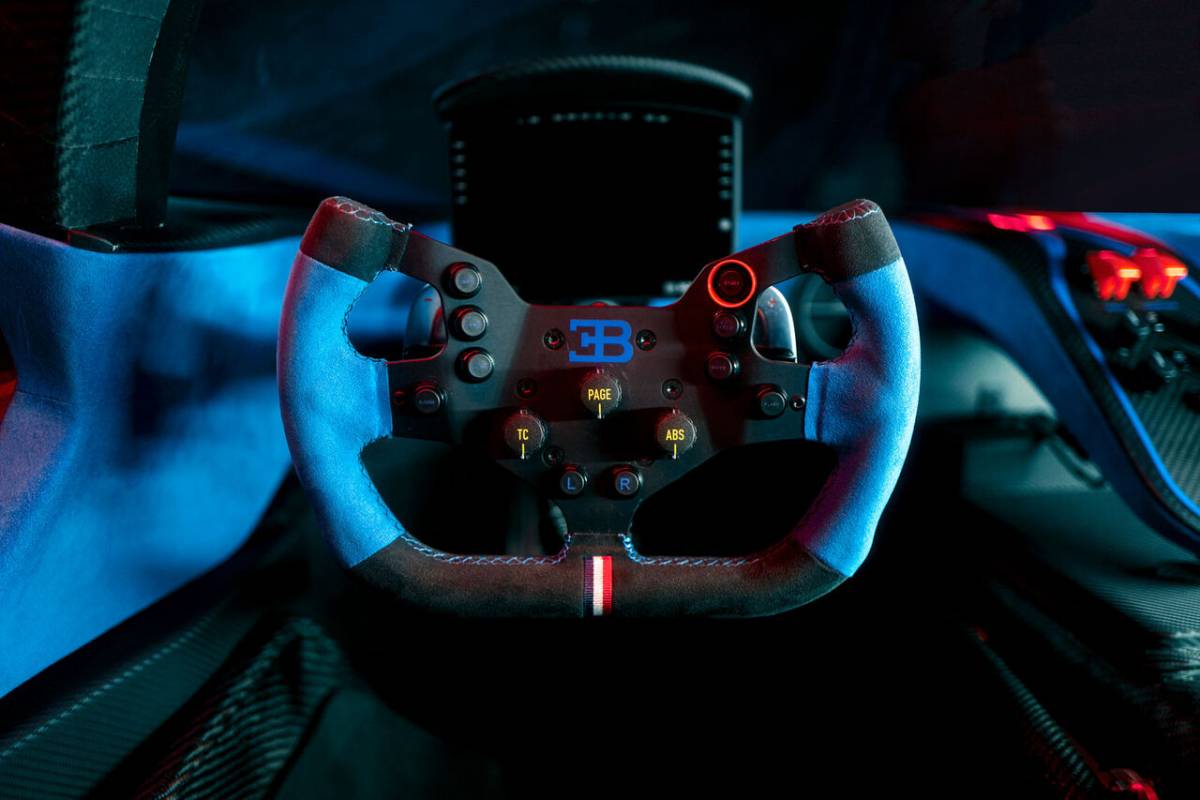 That’s not all. In Bugatti’s virtual testing, it claims Bolide can lap the Nürburgring Nordschleife in a mere 5:23.1 minutes, just a couple of seconds behind the Porsche 919 Hybrid Evo’s time of 5:19.55. Additionally, Bugatti said Bolide could complete a lap around Le Mans in 3:07.1 minutes.

All those numbers are merely simulated figures, but we seriously think Bolide can deliver the goods in actual testing. At the moment, feast your eyes on what is probably the most dramatic new car to appear in this whirlwind of a year. 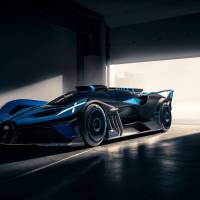 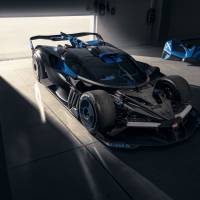 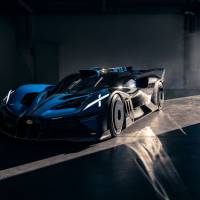 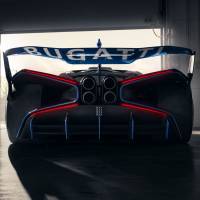 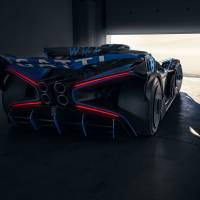 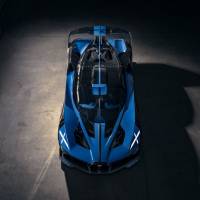 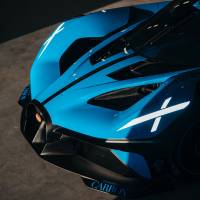 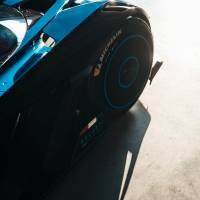 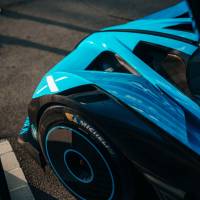 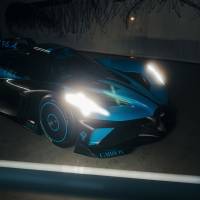 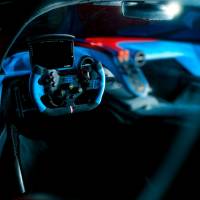 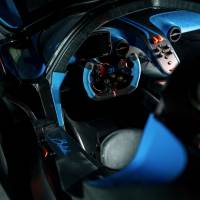 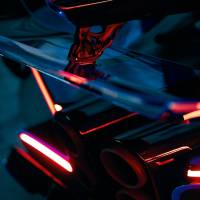 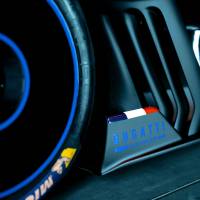 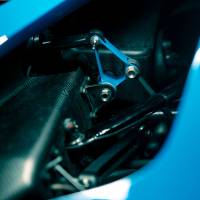