BMW has revealed its latest EV, with the new 2022 BMW CE 04 opting for two wheels as the BMW Motorrad division embraces electrification in the city. Borrowing heavily from the TRON-esque vibes of the 2017 BMW Motorrad Concept Link electric motorcycle, that itself inspired the BMW Motorrad Definition CE 04 – a near-final teaser of this production two-wheeler – the final result is fit for Akira‘s Tetsuo.

However unlike the movie and animation bikes, the BMW CE 04 is no prop or sketching. Instead BMW Motorrad says it’ll launch in the US in Q1 2022, with a $11,795 price tag.

Your money will get you a 42 horsepower electric motor, with 44 lb-ft of torque. The 8.9 kWh battery may be small in EV terms, but it’s sufficient here for an estimated range of 80 miles. Perfect, BMW’s bike division argues, for weekday urban commutes and even for weekend jaunts. There are three standard drive modes – ECO, Rain, and Road – and a Dynamic mode unlocked with the Premium Package that adds swifter acceleration. 0-30 mph comes in as little as 2.6 seconds, while 0-62 mph takes 9.1 seconds. 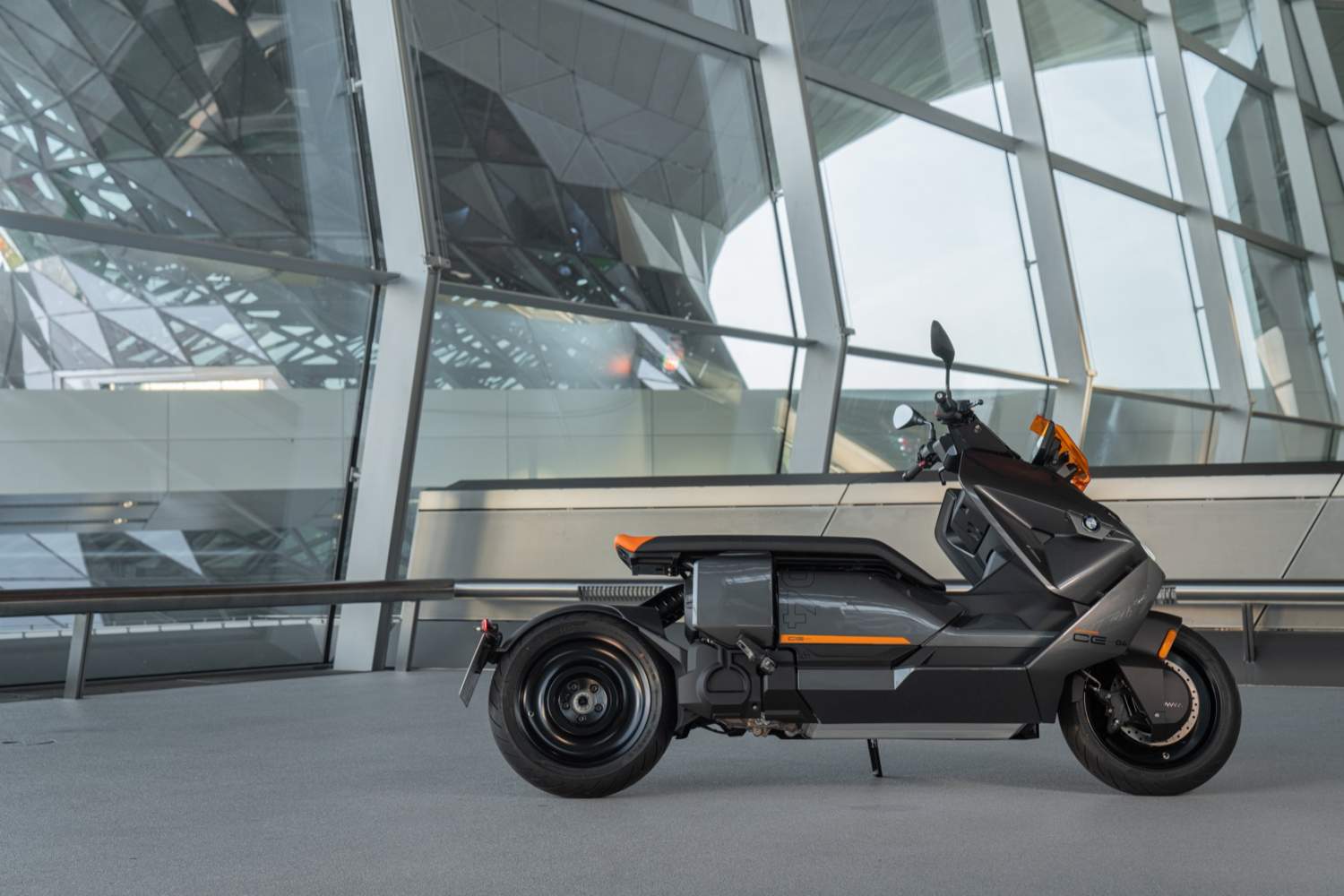 Top speed is 75 mph, with the liquid-cooled permanent magnet EMP 156 electric motor positioned in the frame, between the battery and the rear wheel. A single-stage primary gearbox links to a toothed belt before power hits the rear wheel. As with a four-wheel BMW EV, there’s regenerative braking support. 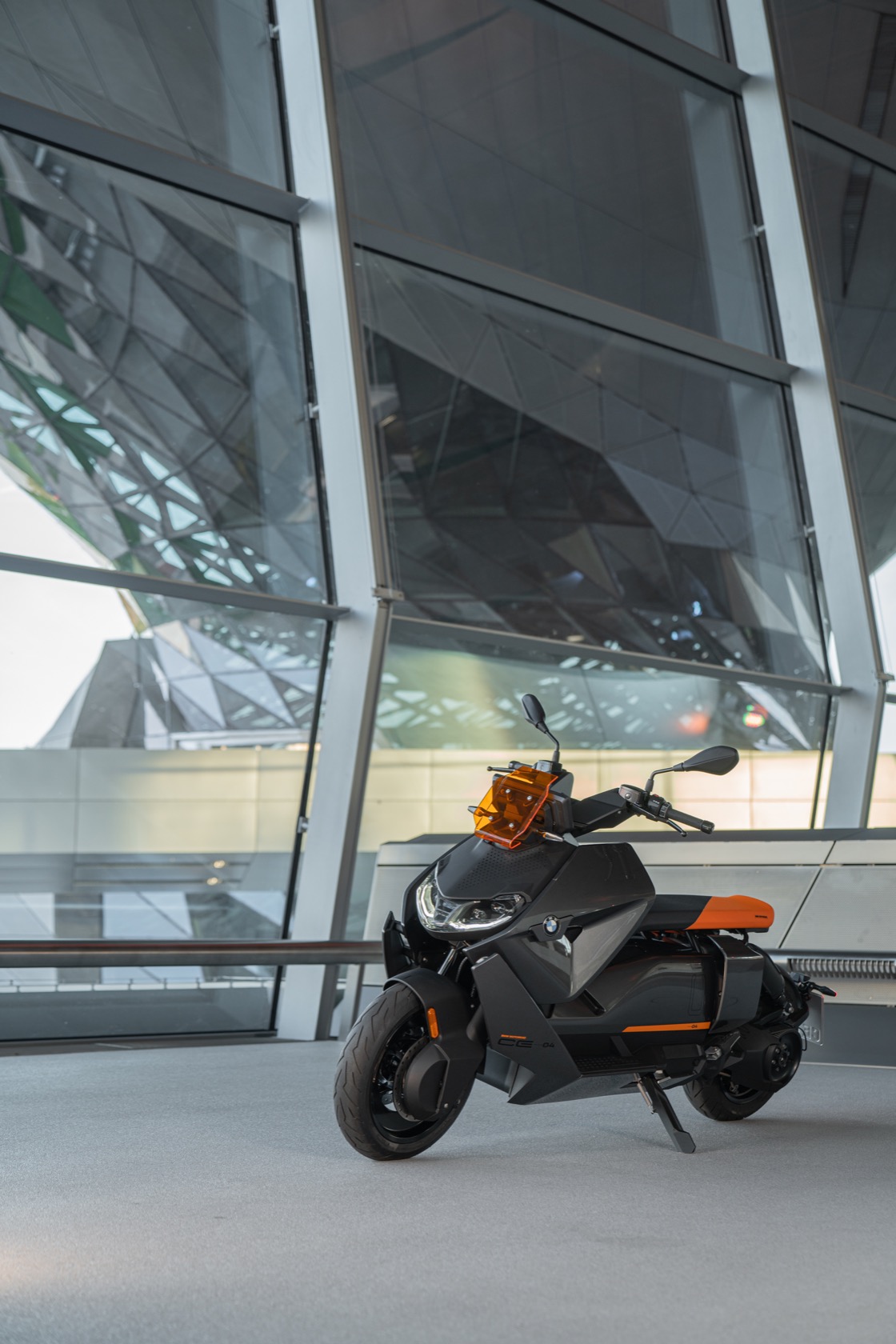 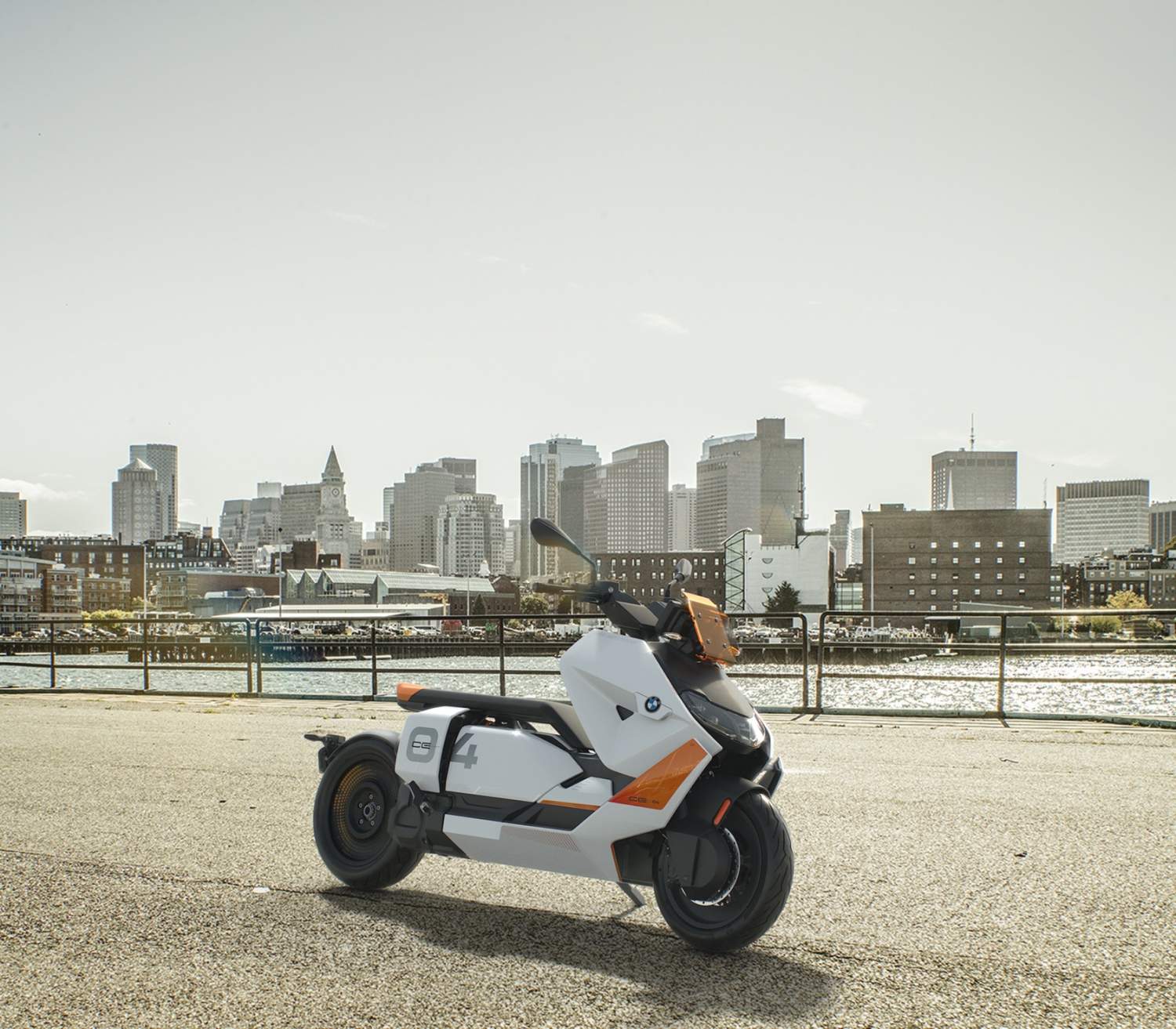 At the front there are twin disc brakes, with a rear single-disc system and ABS as standard. A side-stand automatically engages the parking brake when deployed. Dynamic Traction Control (DTC) is optional, promising safer acceleration particularly when leaning. 15-inch wheels are standard. 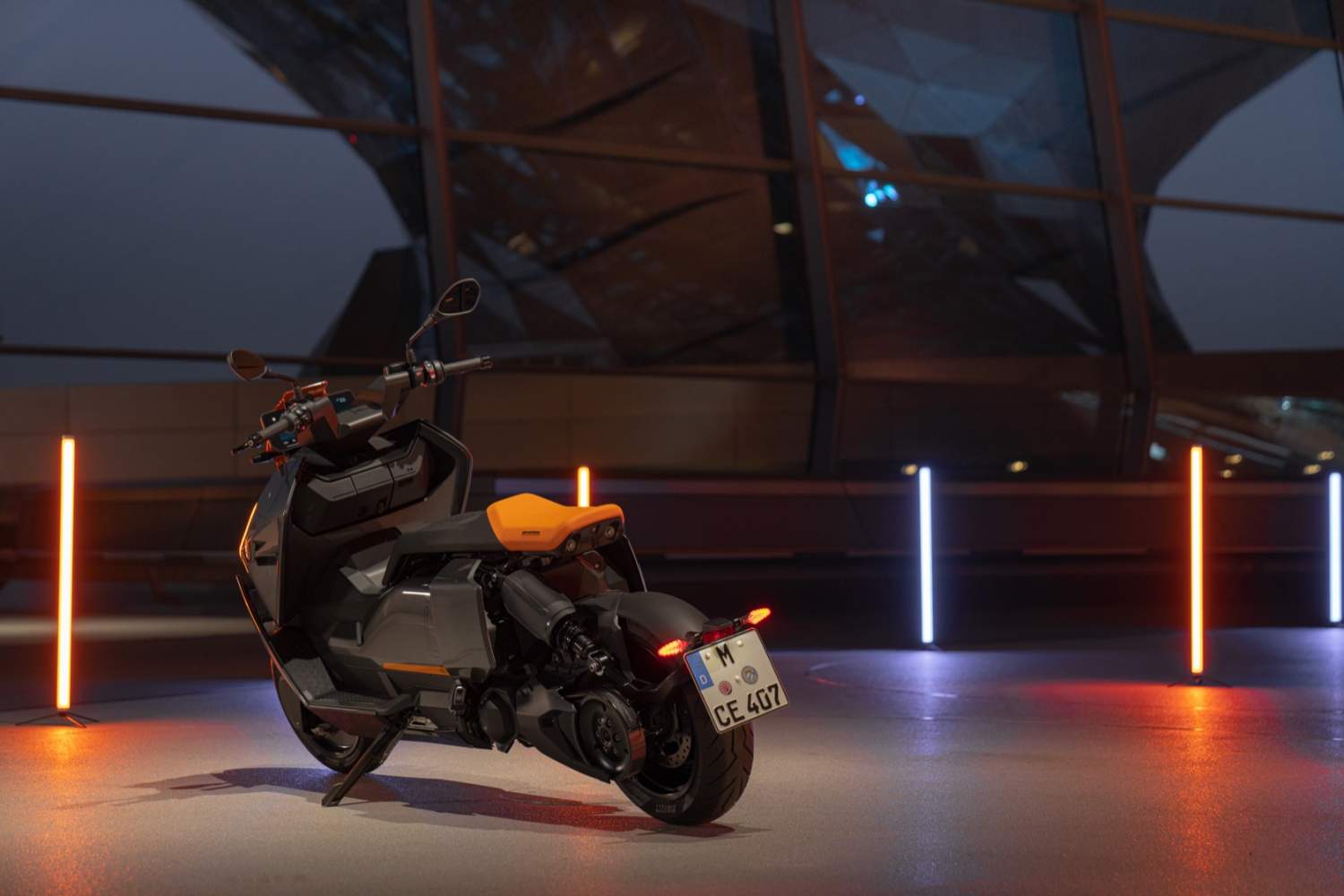 Of course, the most striking part is the styling. “The new BMW CE 04 is the link between the user’s analog and digital worlds,” Edgar Heinrich, Head of Design BMW Motorrad, esplains. “It is both a means of transport and a means of communication for the big city commuter.” 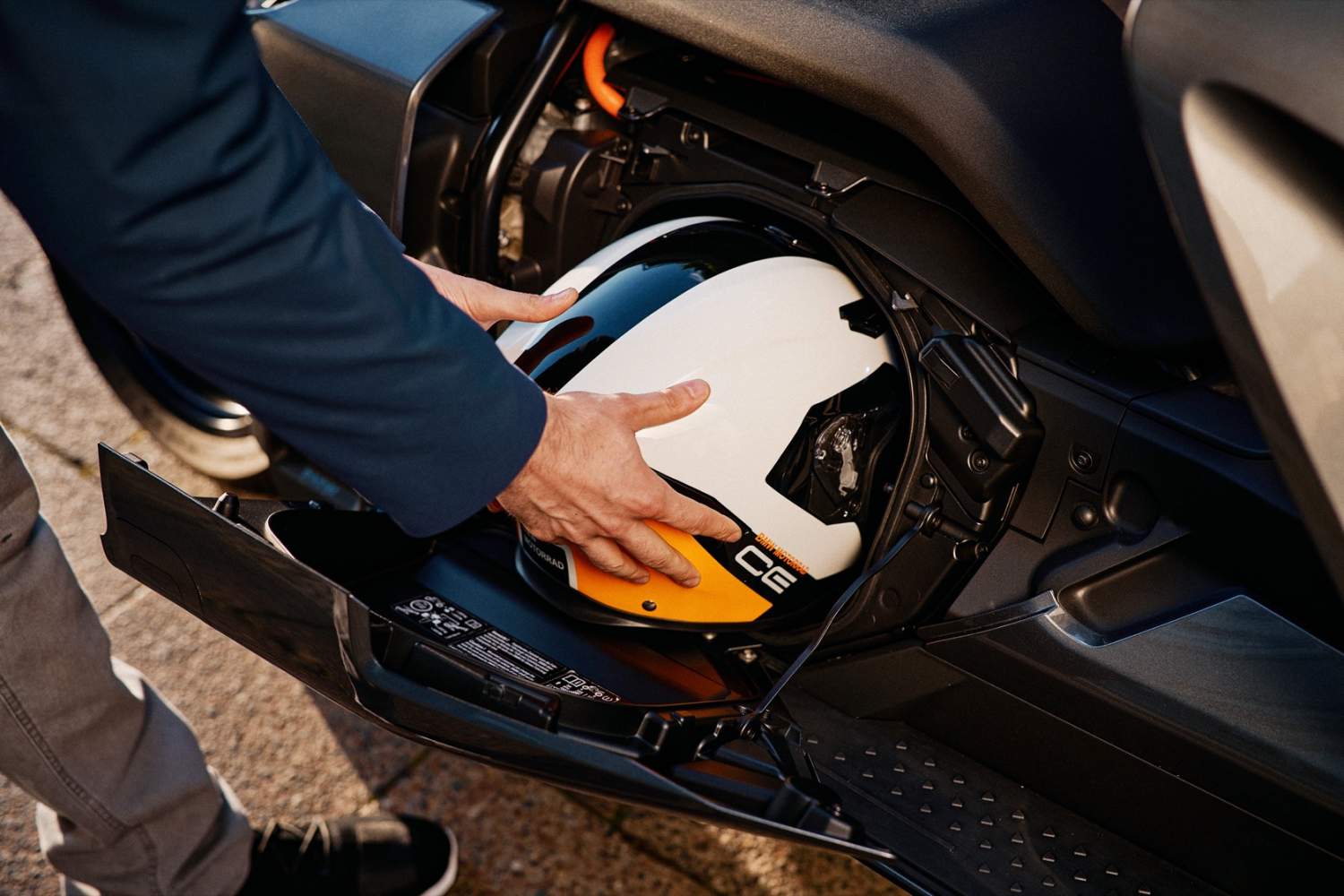 It’s long and low, with a slim rear end and duo-tone color scheme. The “floating” seat will be finished in different colors depending on the body. Thanks to the EV drivetrain, though, it can be more practical: there’s a sizable storage compartment accessed through a side door, for example. 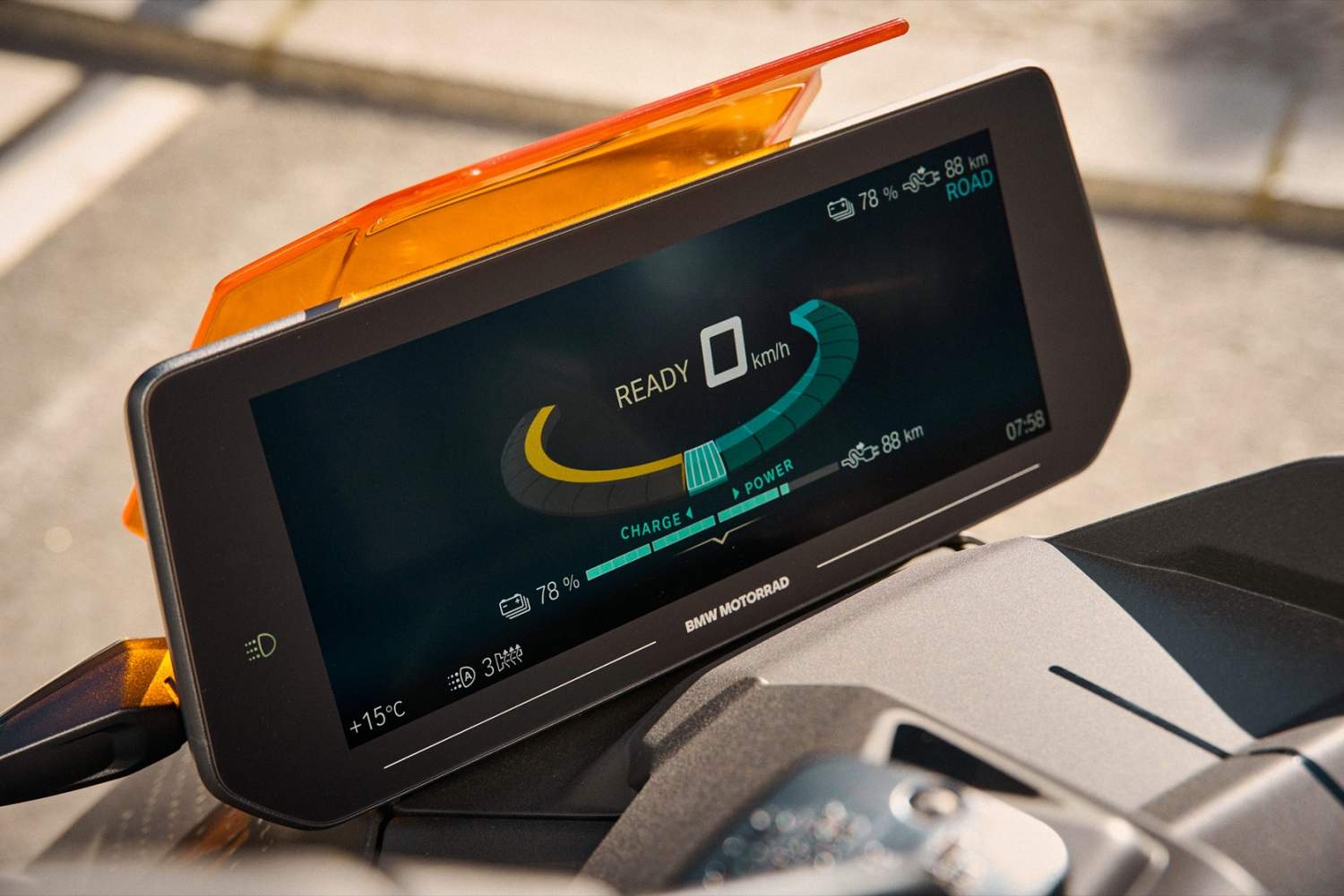 The rider gets a 10.25-inch Full HD display as standard, with mapping and smartphone connectivity; BMW has different layouts, including a split-screen UI showing both the driving metrics, navigation, and power details. A Multicontroller handlebar control navigates through the interface, while there’s a weatherproof – and ventilated – box for a smartphone with USB charging inside.

LED lights front and rear are standard, with the BMW CE 04 offering optional adaptive headlamps that turn with the corners. 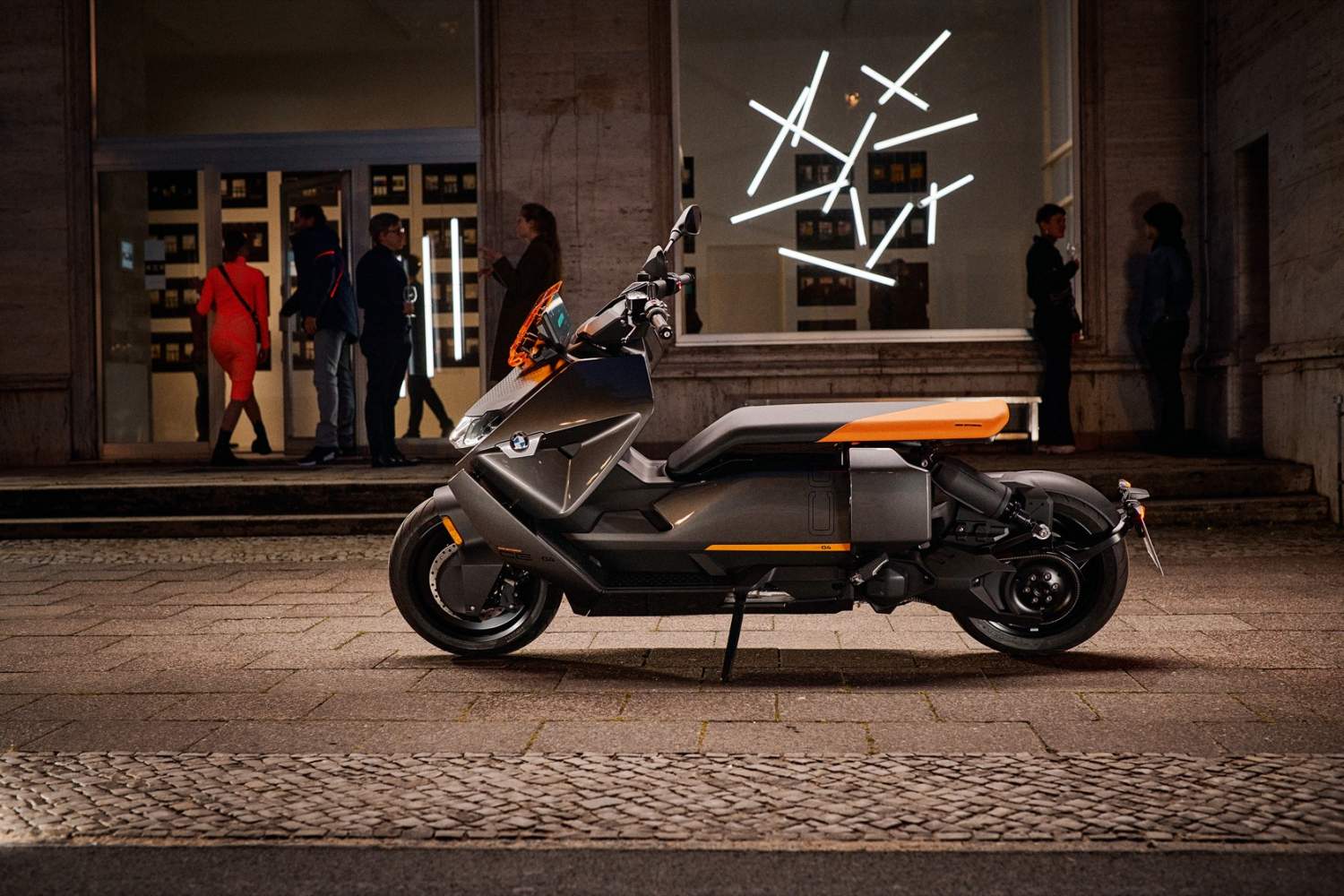