The stunning BMW Concept 8 Series isn’t the only automotive tease BMW has this week, it also rolled out a brand new vision of zero-emission biking. The BMW Motorrad Concept Link made its debut alongside the Concept 8 Series at the Concorso d’Eleganza Villa d’Este 2017, the latest design study from the automaker as it looks ahead to what urban mobility will be like in the years to come. In the case of this particular electric bike, that means styling that manages to be both futuristic and retro simultaneously.

BMW says it went back to basics with that, throwing out any of its existing motorbike design language and starting from scratch. The idea is that the bike should meet “the basic functionality needs, the technical architecture, and the digital reality of today’s users,” Alexander Buckan, Head of Vehicle Design at BMW Motorrad, suggests. What the designers discovered was that an electric drivetrain actually makes that a lot easier. 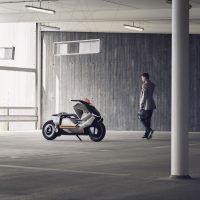 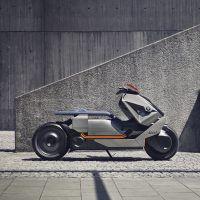 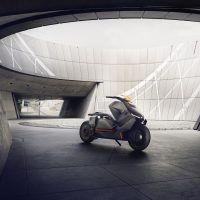 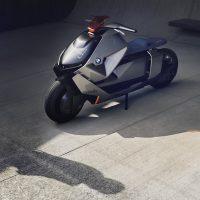 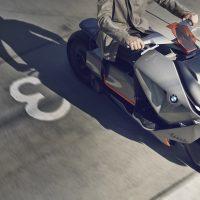 That’s because it can put flat energy packs down in the underfloor of the bike, minimizing the space they take up and keeping the center of gravity low. The drive unit mounted on the rear wheel means no bulky engine in the middle of the frame. Instead, there’s space for luggage with a sliding door. The bench seat can be adjusted lengthwise, and is easier to climb onto.

Of course, this is no dull vision of urban trundling. It’s definitely distinctive, with the BMW Motorrad Concept Link probably not looking out of place on a sci-fi movie set. Liquid Metal Titanium trim at the front is paired with a semi-matte finish back body. LEC front lights are narrow, while the side panel contours are designed to help with aerodynamics as well as keep more unpleasant weather conditions away from the rider. The rear lights are built into the side panels. 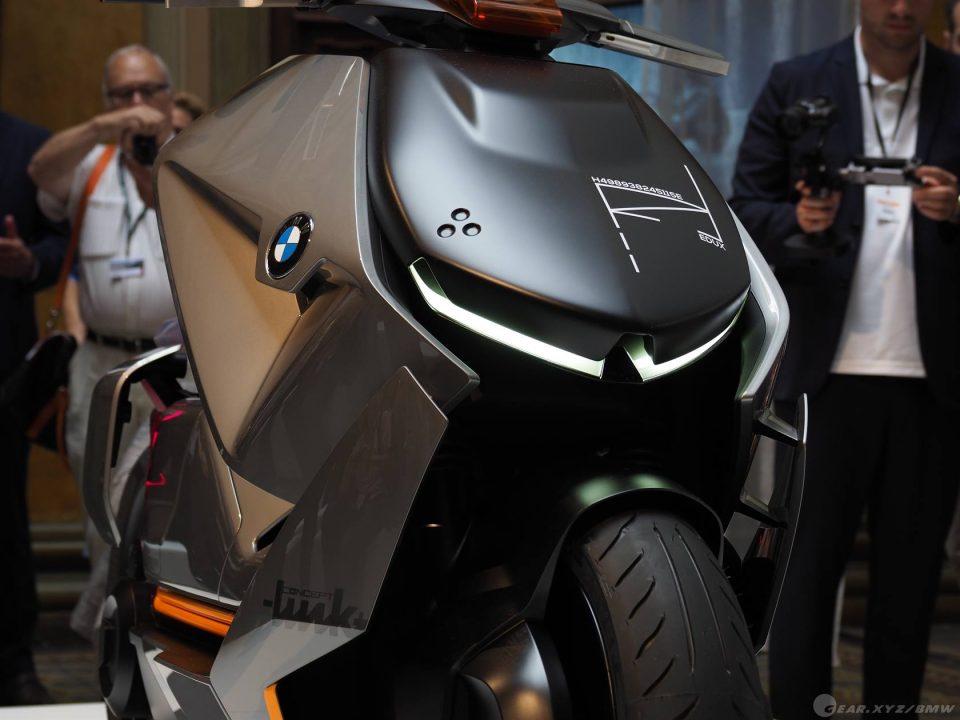 Into the sober colors, BMW injects some orange flare. That comes from the orange cables that hook up the battery pack and the drive unit, along with trim along the sides and atop the dashboard. That links wirelessly to the owner’s smartphone, pulling out calendar details and automatically plotting navigation to the next appointment. It could even figure out a music tracklist to go with that drive, and offer the option of direct or scenic routes. 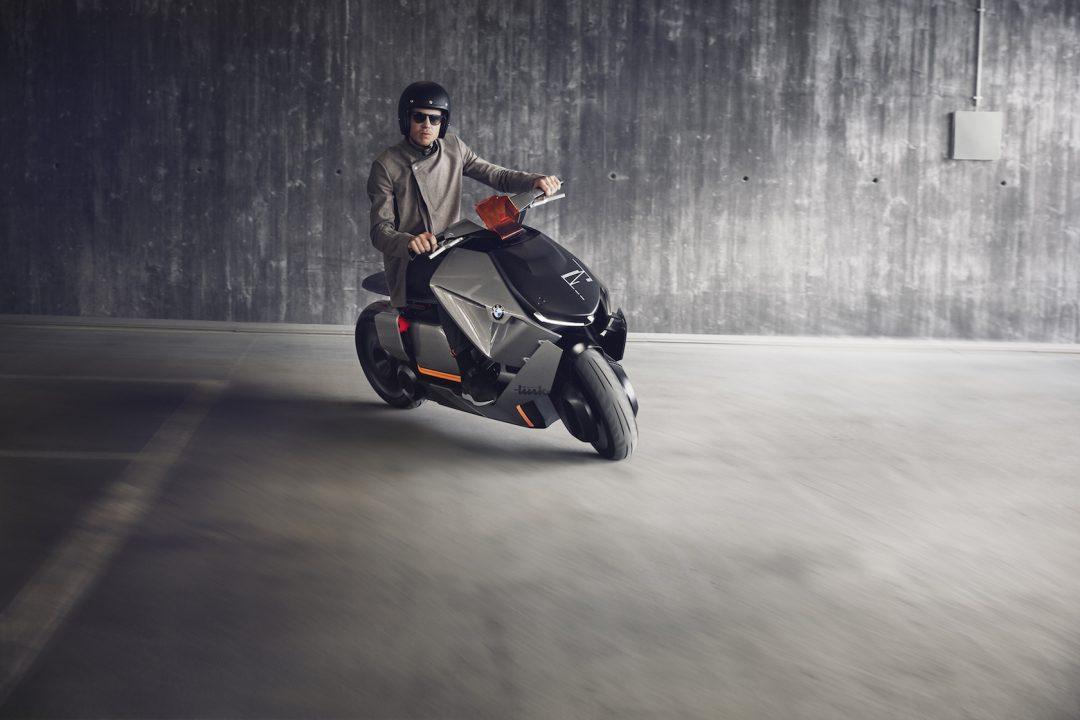 Gone are the traditional instruments, however, replaced with a projection display onto the windshield. That shows speed, navigation, and battery status, while secondary information gets a touch-sensitive display to itself below the handlebars. Touch-sensitive buttons on the handlebars are included too, and can be customized to the rider’s choice of functions. 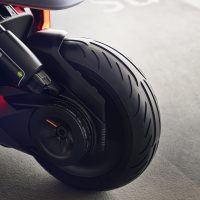 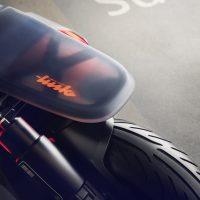 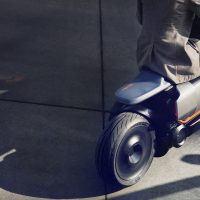 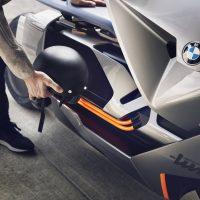 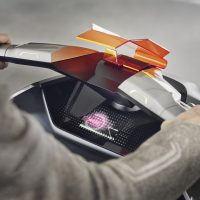 BMW says the motorbike was designed to be flexible. While a seat bench is one possibility, it could also be adapted into a single-seater. The side panels could be customized, too, making it more unique to the rider. There’s even a range of matching, connected clothing; swipe a section of the arm on the the BMW Motorrad Concept Link jacket, and the luggage compartment automatically opens.

Right now, of course, BMW has no intention of taking the motorbike concept from design study to production vehicle. All the same, don’t be surprised if an EV bike is on the company’s roadmap as it looks to make greater use of electrification.

Update: We’re out at the Concorso d’Eleganza Villa d’Este this week, and have updated with some live photos of this striking electric motorbike. Let us know what you think in the comments! 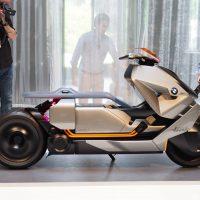 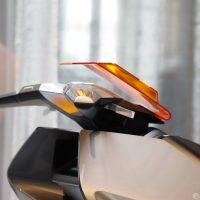 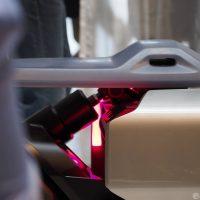 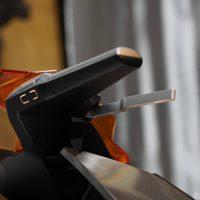 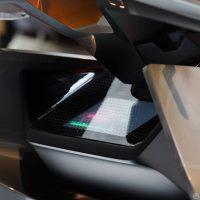 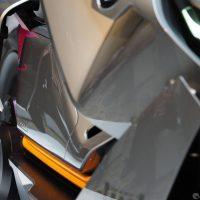 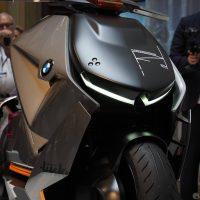 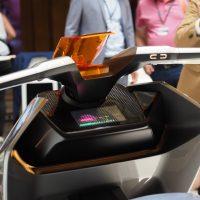 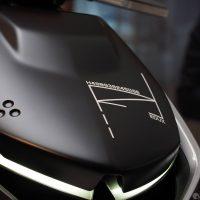 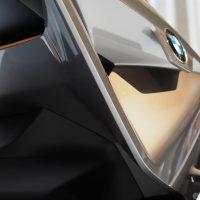