The big Apple Watch surprise is how little you use it

For all the furore around the Apple Watch launch, not to mention the number of people still waiting for their pre-orders, it’s a surprise just how low-key the smartwatch itself is. Of course, there’s the excitement of opening the box, strapping it to your wrist, and setting it up with your favorite apps and notifications, but after that the wearable works best if you simply… wear it.

It’s not that the functionality is lacking, it’s more that it’s designed to monopolize as little of your time as possible. As a gadget-lover that was a hard thing to get past in the beginning: I’m used to poring over new tech and exploring it. Figuring out all the features and trying to integrate them into my day.

Apple Watch, though, demands – or perhaps enables – the complete opposite. As I said in my review, I’m still not entirely convinced by the bubble interface of the app launcher, but it’s proved to be less of an issue since I don’t actually spend much time there. Most of my interactions with the wearable are reactive, not proactive. 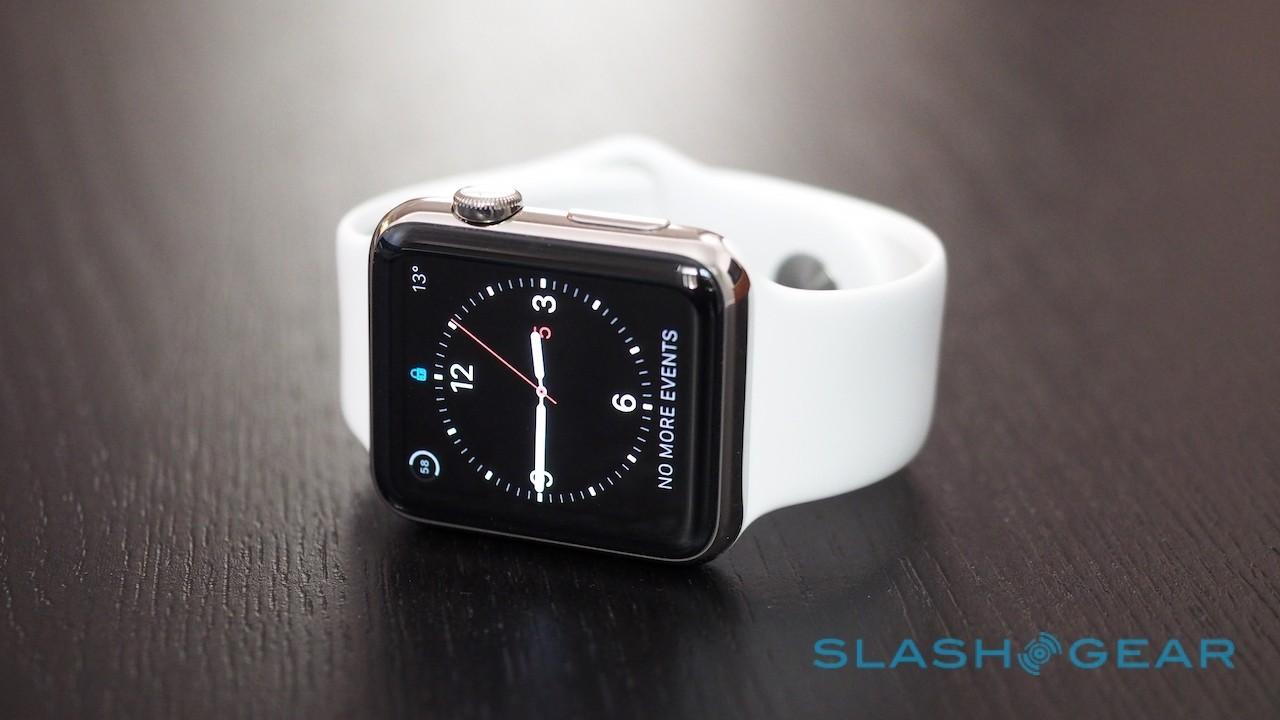 A smartphone can sometimes feel like a needy pet, forever demanding more of your time and, even as you deal with whatever snared you in the first place, more often than not dragging you further in. All too often I’ve ended up in a time-consuming spiral that starts with checking the email that just hit my inbox, then segues to a brief flick through Twitter, a quick graze through my Facebook newsfeed, and then a flick or two through Flipboard.

Through a combination of form-factor, software, and the sheer fact that it’s strapped to your wrist and it gets tiring holding it up for extended periods, Apple Watch doesn’t encourage the same pattern. In fact, it actively discourages it. Deal with the notification, read the alert, dismiss or respond to it, and then bam, you’re back at the watch face (and the unmistakable reminder that your time is ticking away). 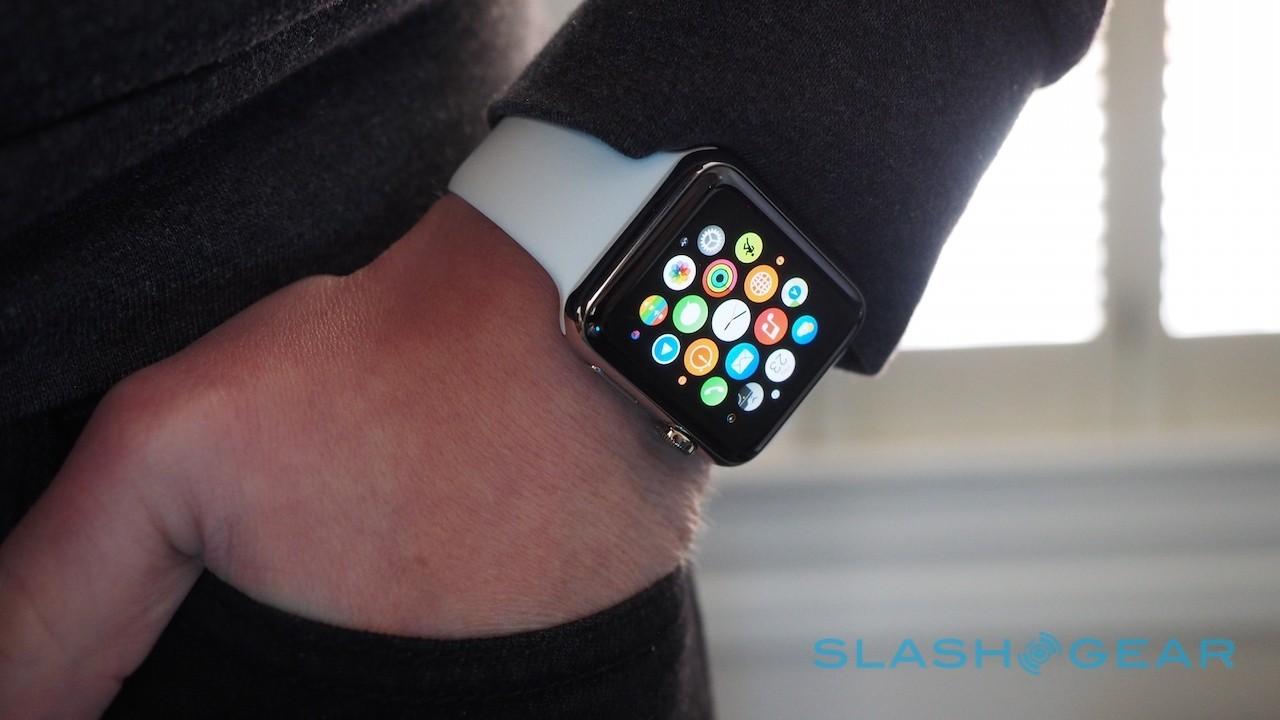 Some things you only really notice when you’ve lived with Apple Watch on your wrist for a while. For instance, it might sound strange but I’ve been impressed by quite how discrete the Taptic Engine is in comparison to a traditional vibration alert.

Most other smartwatches I’ve tried, even when they’re not actively beeping, the buzz of the vibration motor is enough to attract the attention of those sat nearby. That’s especially the case if you’re watching TV or a movie, at which point I’m usually told it’s time to turn the smartwatch off.

With Apple’s wearable, I can still get discrete taps on the wrist for notifications, but without anybody else being disturbed. Again, it might not sound much, but it’s the difference between Apple Watch seamlessly fitting into your life and having to make accommodations for a gadget. 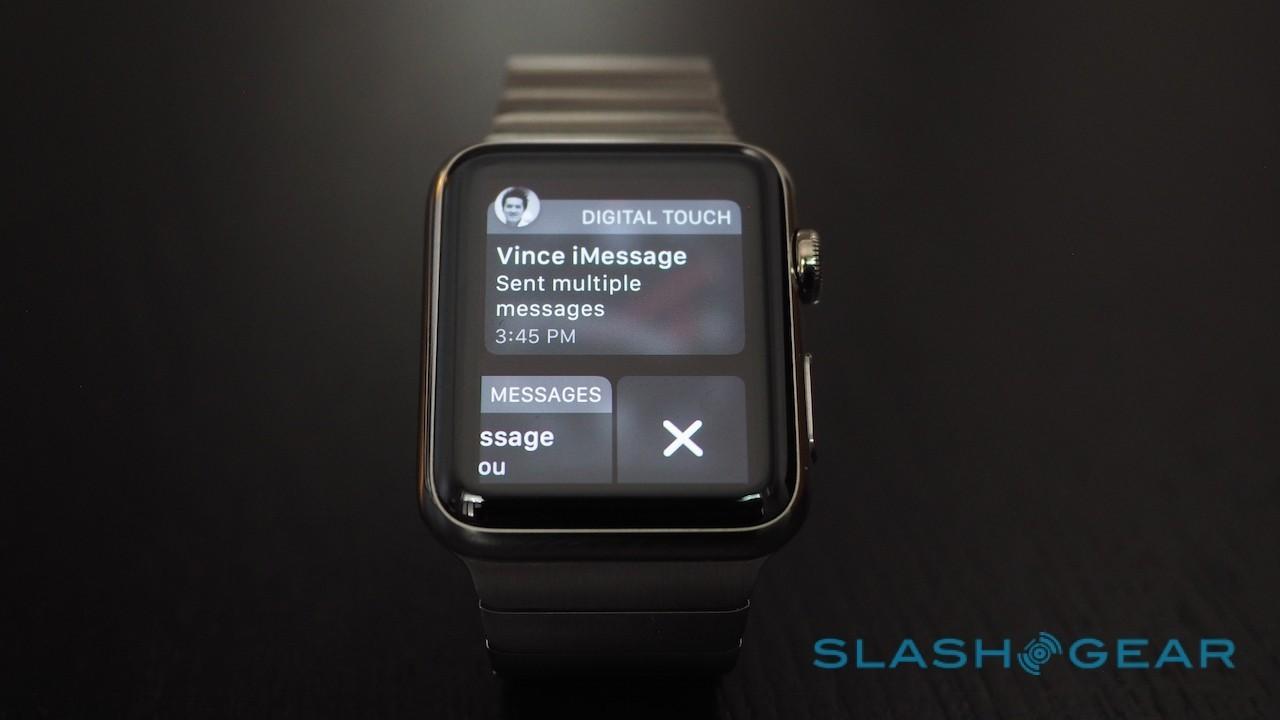 I have a problem: I give my phone too much of my attention. It’s not something I’m alone in, either – if you look around you while you’re walking along the street, it can be hard to spot a single person without their face gazing down at their device.

At first, I was worried that Apple Watch would only make that addiction stronger. In fact, my phone stays in my pocket more, and I’m getting better at avoiding digital distractions.

Maybe that’ll change when third-party apps improve – right now, they’re hardly of a quality where I’d want to sit playing with them – but for the moment an outpost of my iPhone on my wrist has, ironically, brought me closer to the real world than the online one.