The best games aren’t being made by big studios anymore

I’m not sure if you’ve noticed, but the AAA games industry is in a pretty sorry state at the moment. Big publishers spend months hyping their games up only to launch titles that feel designed to squeeze as much money as possible out of players. Then, when forced to defend these practices, they have the audacity to suggest that their “surprise mechanics” are ethical and fun for everyone involved.

If you’ve been following gaming news lately, you’ll know that I’m talking about Electronic Arts and its farcical defense of loot box mechanics when questioned by the UK Parliament’s Digital, Culture, Media, and Sports Committee a couple of weeks back. Kerry Hopkins, EA’s VP of legal and government affairs, now famously referred to loot boxes as “surprise mechanics” and compared them to Kinder Eggs or Hatchimals while noting that the way EA implements these mechanics are “quite ethical and quite fun; enjoyable to players.”

Hopkins’ characterization of loot boxes is laughable at best. As the old saying goes, “if it looks like a duck, swims like a duck, and quacks like a duck, then it probably is a duck,” and that’s true no matter how you might dress it up and present it. Loot boxes are loot boxes whether EA wants to refer to them as something else when under scrutiny from government officials, and they’re becoming a major problem in games that should ostensibly be setting an example for the industry as a whole. 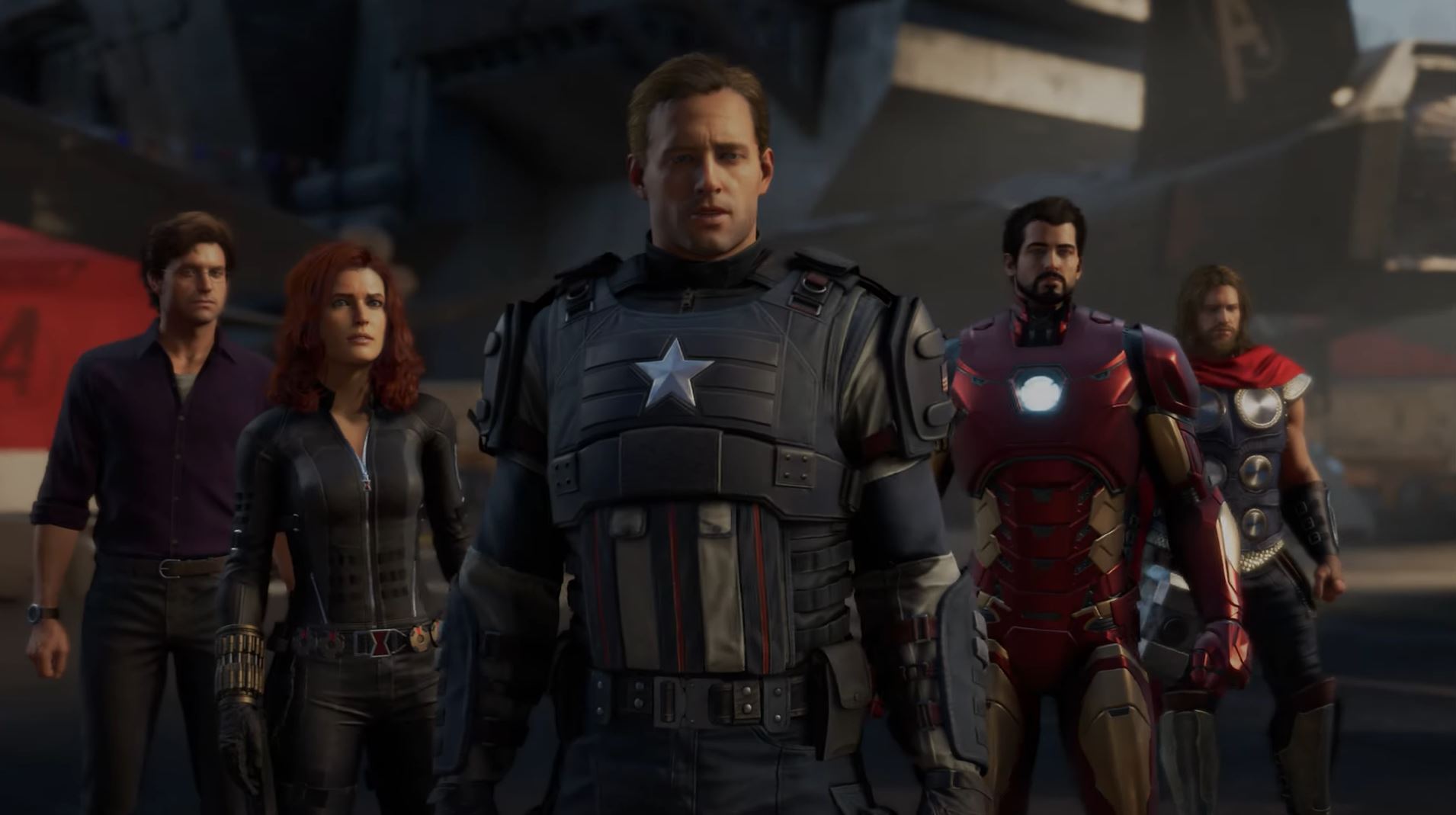 It isn’t just Electronic Arts that’s pulling this nonsense either. There are plenty of companies shoving loot boxes and microtransactions into games that still cost $60 at retail. When developers from Crystal Dynamics got up on stage at E3 2019 and announced that Marvel’s Avengers won’t have loot boxes or pay-to-win mechanics to applause from the audience, it was clear that things are getting bad (though, unsurprisingly, Marvel’s Avengers will still have microtransactions – something that wasn’t mentioned on stage during Square Enix’s show).

The reason Crystal Dynamics can say that and be applauded for it is because we’ve become so accustomed to this kind of nickel-and-diming in major releases that it’s surprising when AAA games promise to launch without it. Really think about that for a second: Loot boxes, microtransactions, crate-and-key mechanics, and battle passes have become so common that it’s becoming novel to see a game that doesn’t have them.

For the most part, it seems that the AAA games industry is more concerned with creating games-as-a-service that can pull money from players on an ongoing basis than they are with creating games that are actually fun and engaging to play. Progression in many of these games is tied to unlockables, which are increasingly obtained by way of opening loot boxes and seeing what you get.

Even aside from the question of whether or not this is encouraging gambling addiction in the people who play these games (some studies suggest they are; EA and organizations like the ESA insist they aren’t), shouldn’t we be alarmed that major games these days are basically digital Skinner Boxes that are designed to reward us proportional to the amount of money we spend after we’ve already bought the game?

Maybe for some people, these loot box and games-as-a-service mechanics aren’t a bother. If I told you that I’d never been excited to level up and earn a loot box in a game like Apex Legends or Overwatch, I’d be lying. Even without spending additional money, though, after a while you begin to question if you’re continuing to play because you’re really having fun or if it’s because your next loot box or cosmetic unlock is on the horizon. When you have that realization, it isn’t a good feeling. 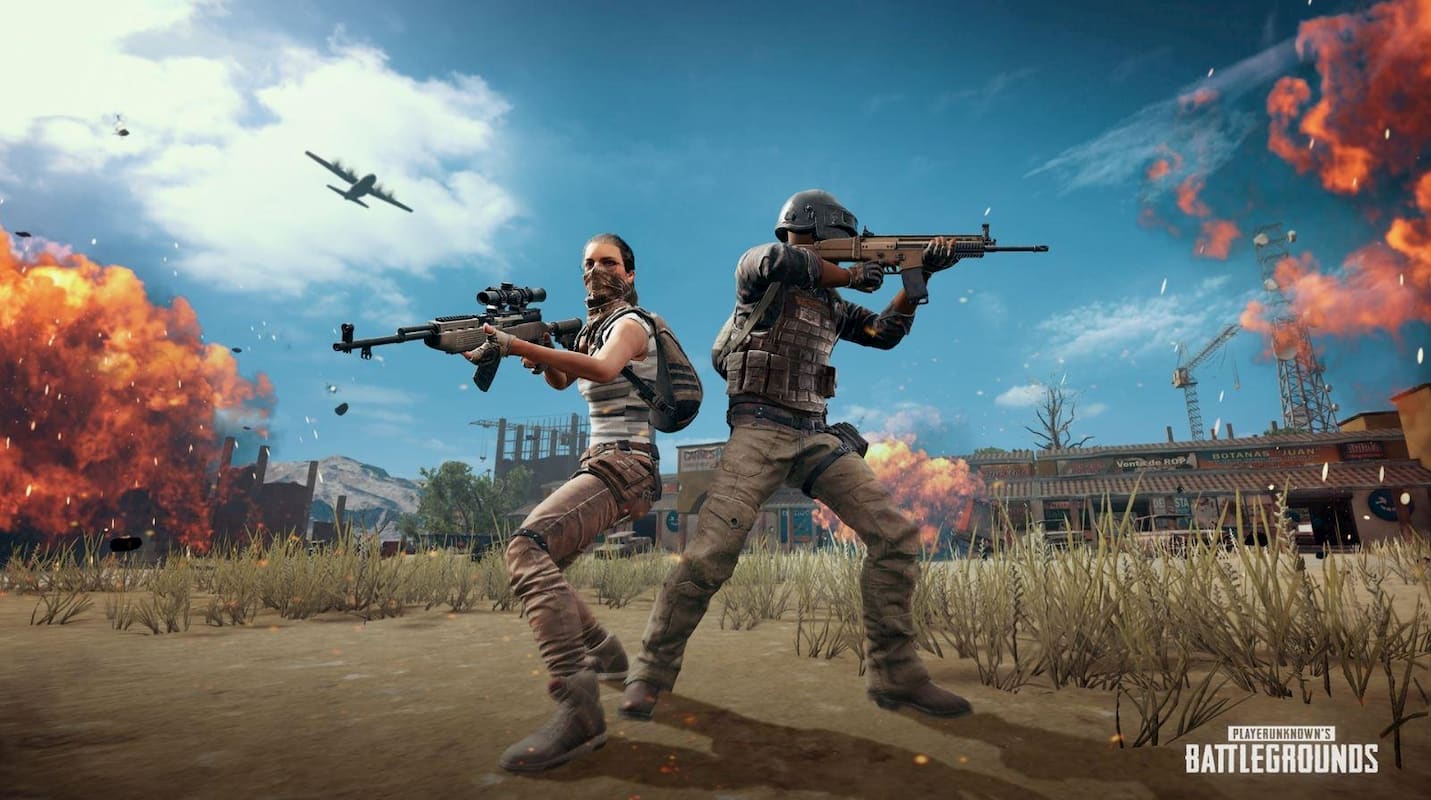 Aside from all of that, there don’t seem to be many original ideas coming out of the AAA games space these days. If these are studios with the biggest budgets with which to hire talent, shouldn’t they be leading the charge when it comes to innovating? You’d think that, but then you remember that the reason battle royale exists as a genre is because of some guy named Brendan Greene. It wasn’t until he launched his standalone game, PlayerUnknown’s Battlegrounds, that companies like Electronic Arts, Activision, and Epic Games followed suit with battle royale titles on their own.

It should be the other way around, but in the industry’s present state, there’s no way battle royale could have been conceived by a big publisher. Electronic Arts and Activision are both guilty of taking an idea and milking it for as long as possible, with little in the way of innovation until another company hits it big with an idea that’s fresh, compelling, and ripe to be integrated within one their yearly franchises. It’s never about innovation for these companies; they’re happy to iterate and iterate until – and only until – people stop spending. 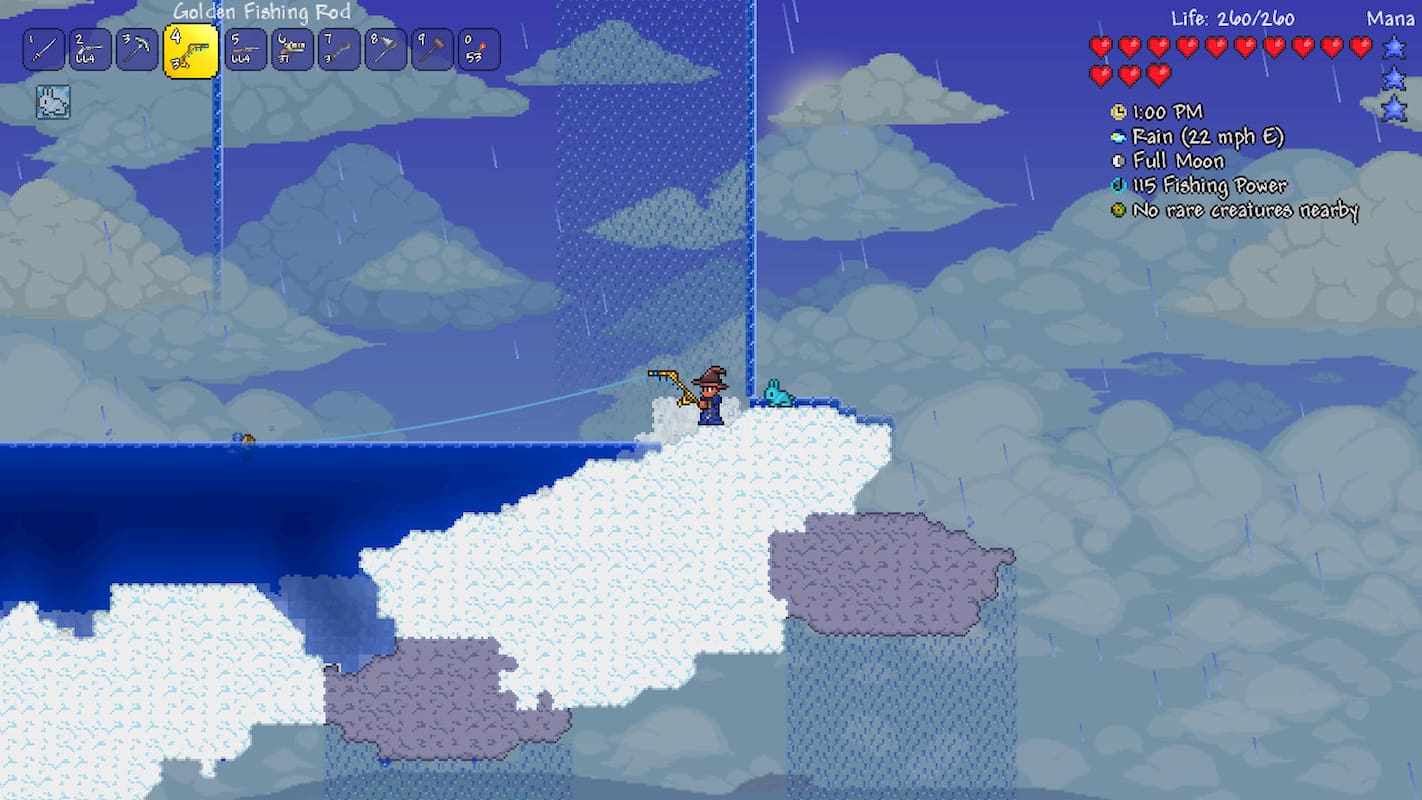 These days, I find myself gravitating more toward indie games, because that’s where my money goes the furthest. Re-Logic’s Terraria is a perfect example of this. Way back in 2011, I bought that game for a paltry $2.50 – a quarter of the $10 is normally sells for on Steam. On Tuesday, July 9th, I’ll have owned it for eight years on the nose, and in that time, I’ve played it for 682 hours. 682!

The reason I’ve been able to get so much mileage out of this game is because Re-Logic has shipped a number of massive content updates for Terraria since launch, and it just announced another one at E3 2019. Dubbed Journey’s End, this will be the fourth and final major content update for Terraria before the developers move onto something new. That’s more than 8 years of post-launch support with the content in the game doubled multiple times over, and I’ve never been asked to pay more than the $2.50 I spent at the outset. Any way you want to slice it, that’s insane value. 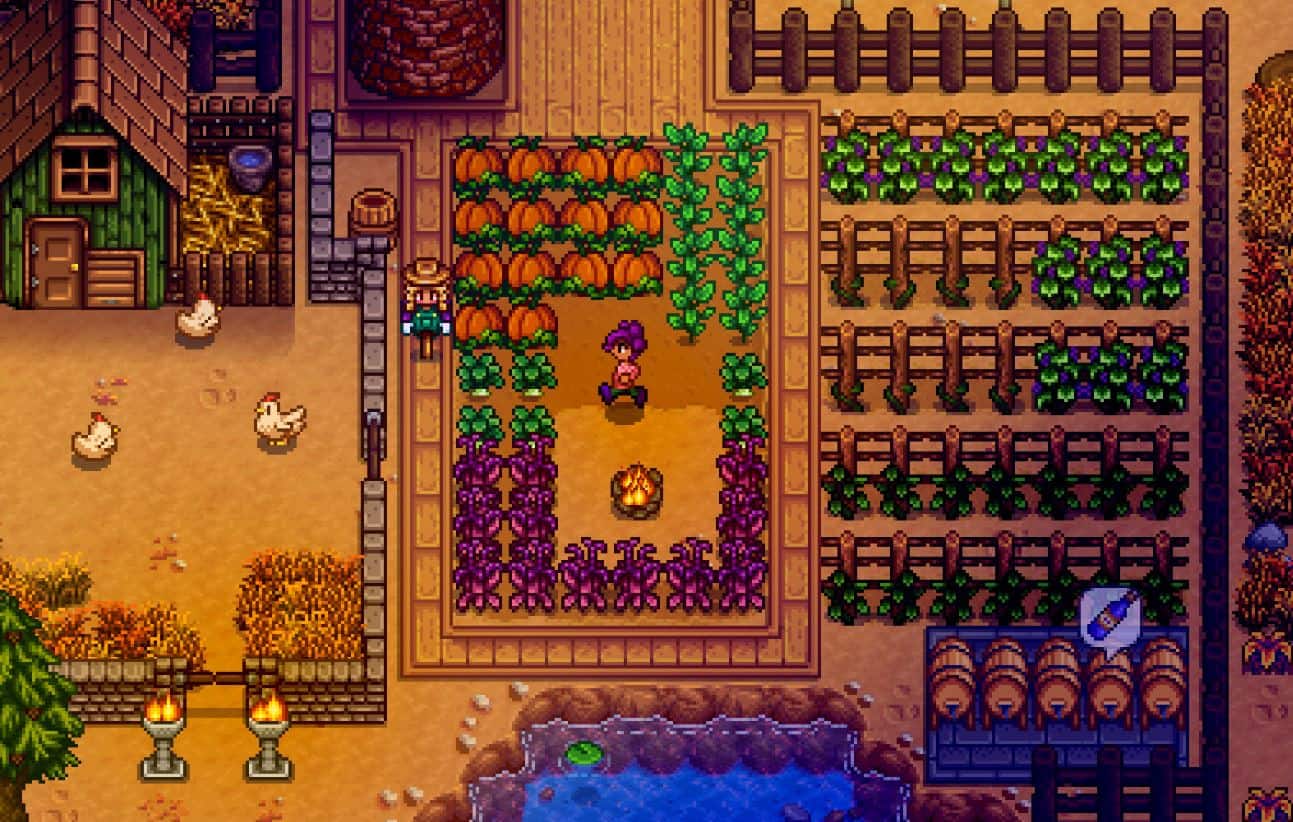 This isn’t some freak occurrence in the world of indie gaming either. Stardew Valley is another really good example as it only costs $15 and I’ve played it for more than 100 hours on PC alone (I also own it on Switch because I love that game). FTL: Faster Than Light is another favorite of mine, with 115 hours logged on Steam for a grand total of $10 spent. They Are Billions? More than 300 hours on record in exchange for my $22.49. Don’t Starve? 191 hours and $29 spent on the base game and its various expansions.

If we add everything up, I’ve spent less than $80 on those five games and I’ve received more than 1,300 hours of playtime in return throughout the years. Looking at that, it makes me wonder why anyone would put up with microtransaction-packed games that cost $60 upfront. 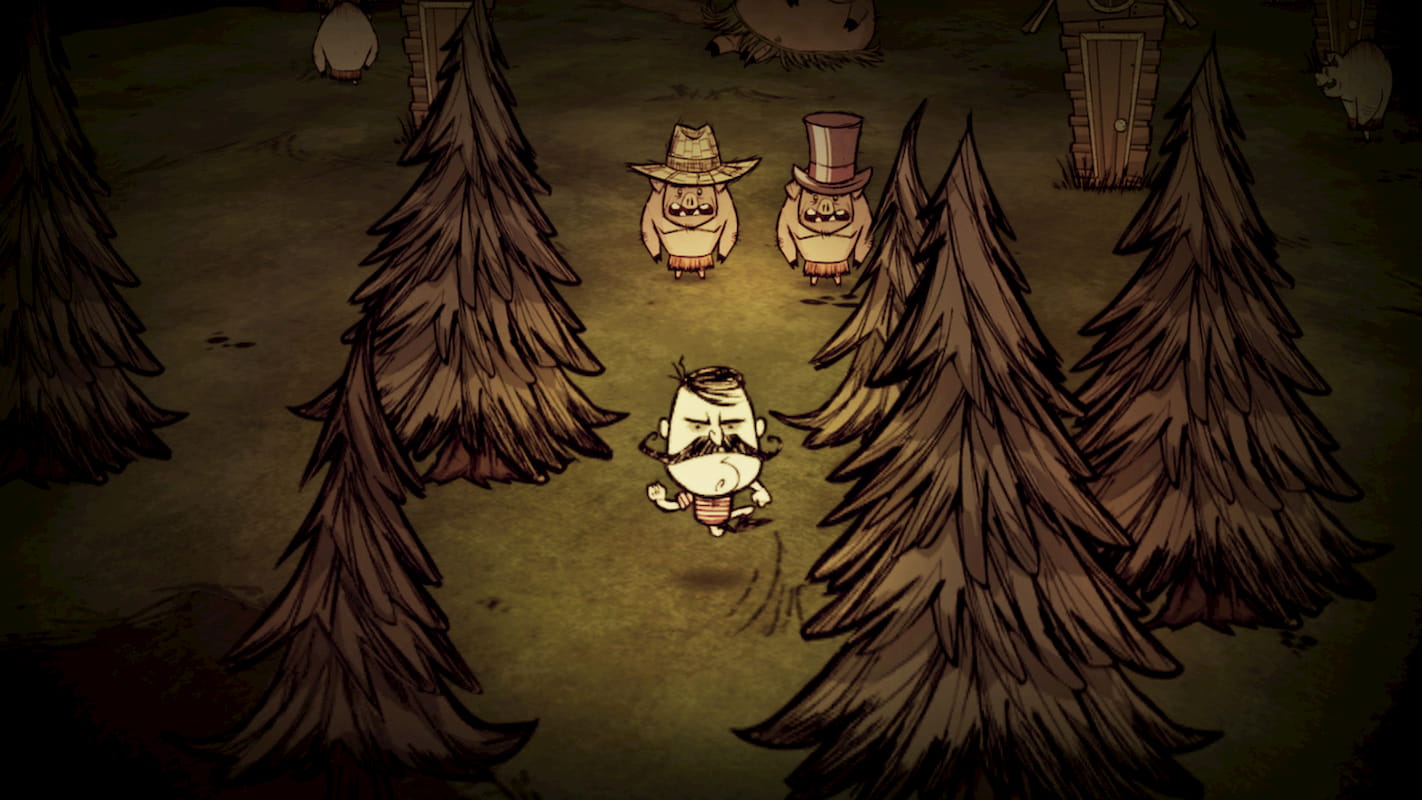 Granted, I’m not saying that all AAA games are bad, as first-party studios from both Nintendo and Sony have released a lot of really good games in recent years that don’t try to squeeze you for more after you’ve already paid $60. God of War, Marvel’s Spider-Man, The Legend of Zelda: Breath of the Wild, and Super Mario Odyssey all come to mind. And on the other side of that coin, there are plenty of indie games out there that aren’t worth the time you’ll spend looking at their Steam listings.

If you’re looking to make your gaming dollar go as far as it can, though, you’re much better off spending it on indie games than you are on anything by most of the biggest publishers around today. Electronic Arts already showed us in that hearing in front of Parliament that it doesn’t respect the time or money of its players, so I’d argue that it no longer deserves either. Instead, give it to a developer who’s making games because they love games, not because they view players as bank accounts to be raided.