The first day you own an Apple Watch is a strange one, to be sure. You’re not really sure if you want to stick with the software you get on the device right out the box, or if you want to dive in with a collection of apps that’s already over 3,000 strong. As it were, there are a number of apps we’d love to suggest you start out with. Nothing too hardcore just yet, just the essentials. This is the Day 1 Essential Mix.

This is just the beginning! For more Apple Watch “best of” lists coming your way here on SlashGear in the future as well! Check our App Pack collection for more.

Easily one of the most minimally beautiful apps on Apple Watch thus far, designer Gábor Balogh presents GNEO. This app mixes your Calendar, Priority tasks, and Reminders to create a simple glance-friendly app.

Visual cues, layout, and content on point. This app could easily have been designed by the creators of the Apple Watch at Apple. You can grab GNEO for iPhone and Apple Watch now.

What better way to capture your first day with the Apple Watch than to use an app to collect every bit of media around you. With Day One, you’re working with dictation and quick-capture of location data as well as localized check-ins and attachments. 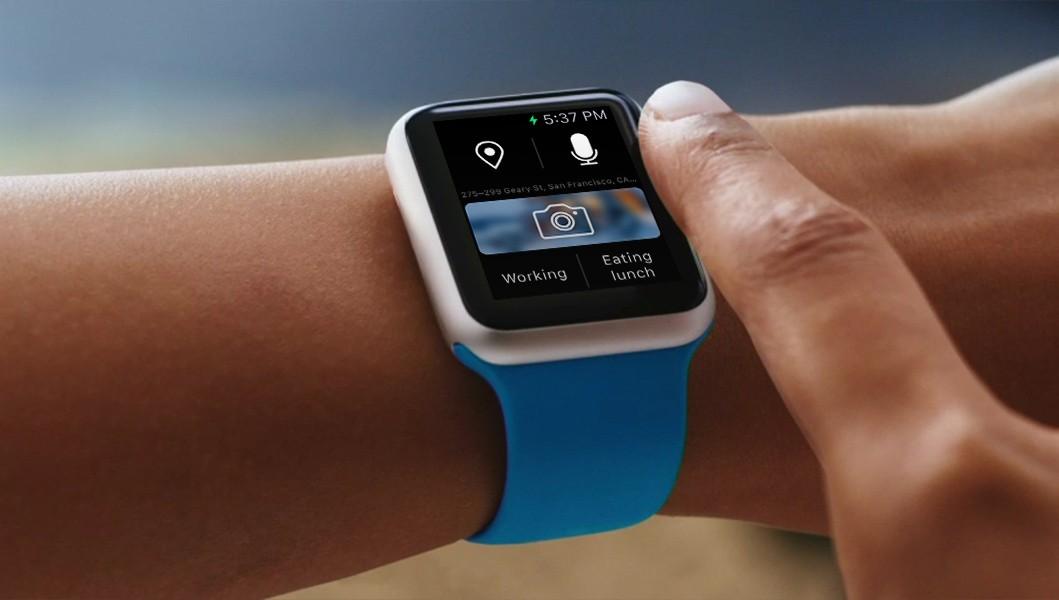 You’ll have tracking of time and date as well as the ability to attach the last photo you took with your iPhone or iPad. Inside the Apple Watch app is also the ability to cycle through recent entries, star, and delete. Day One is $4.99 from the App Store by Bloom Built, LLC.

The Dark Sky weather app gives you an accurate rainfall prediction in your area for the coming hour. That’s essential.

This app also looks pretty great and provides a really intuitive set of movements for the Apple Watch, providing competition even for Apple’s own weather app.

Dark Sky is available through the App Store for iPhone, iPad, and Apple Watch for $3.99 USD. 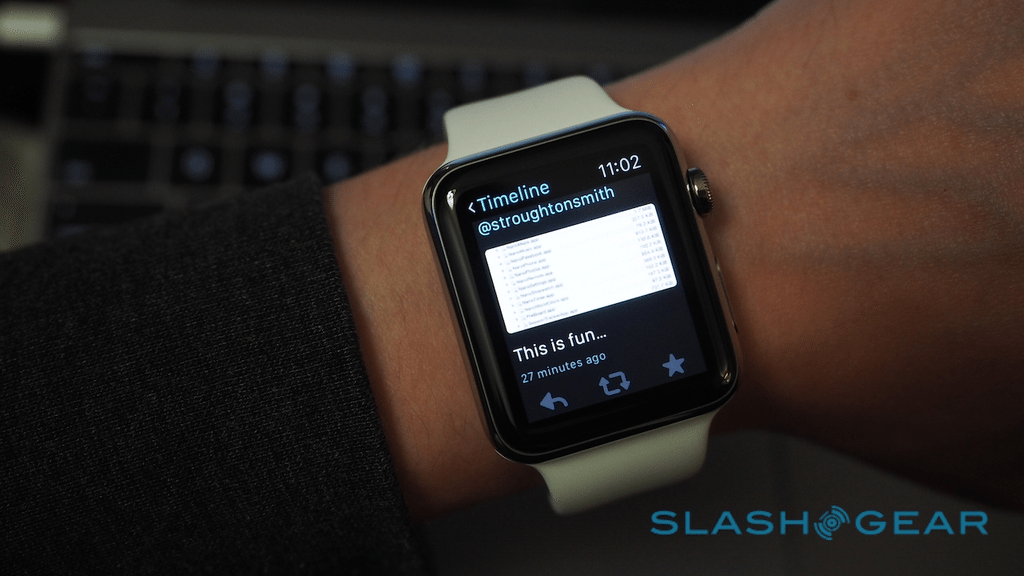 You’re used to using Twitter on your phone or your desktop machine. Not it’s far, far smaller. And the tiny replies can commence. Twitter is available on the App Store for all Apple mobile devices. 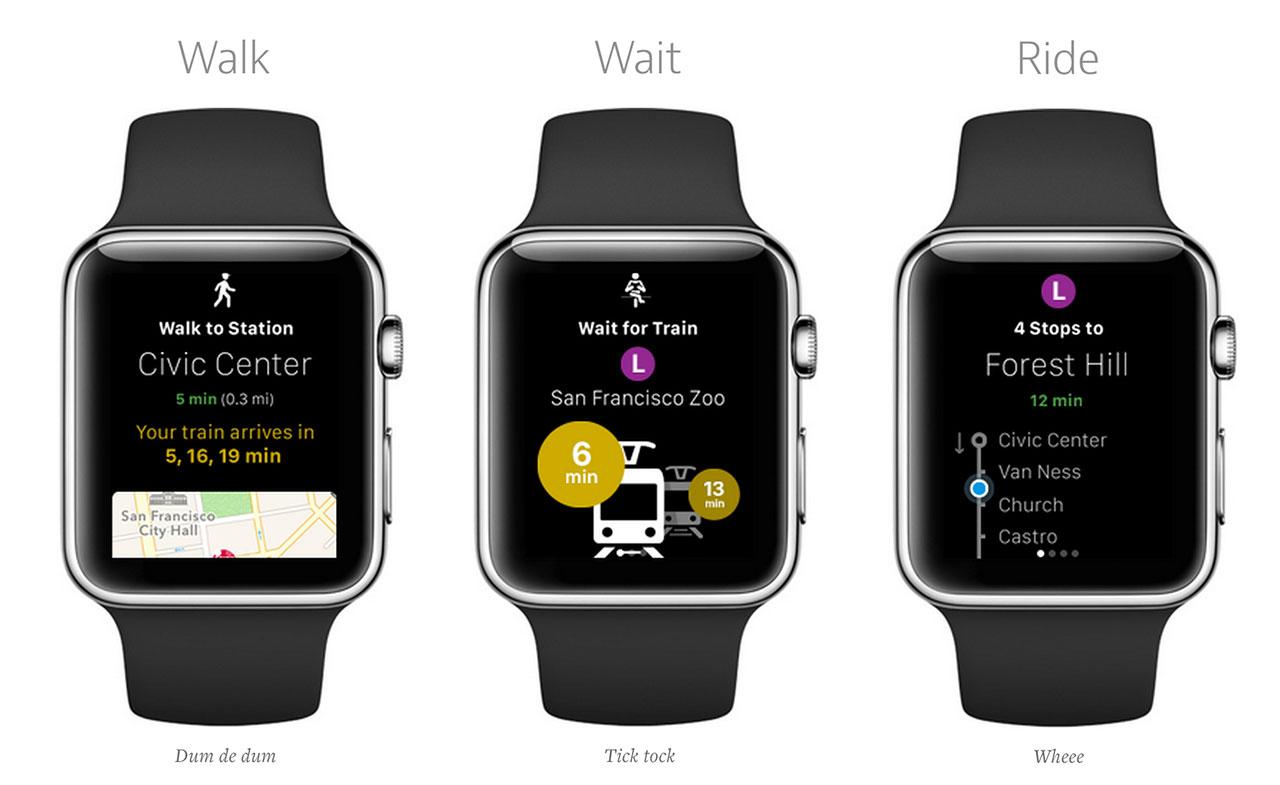 You can download Citymapper from the App Store now for all Apple mobile devices, including Apple Watch.

OMG obviously you’re going to need your Starbucks app, totally. How you’re going to live the rest of your life without buying coffee and coffee-like drinks with your Apple Watch is totally beyond me. 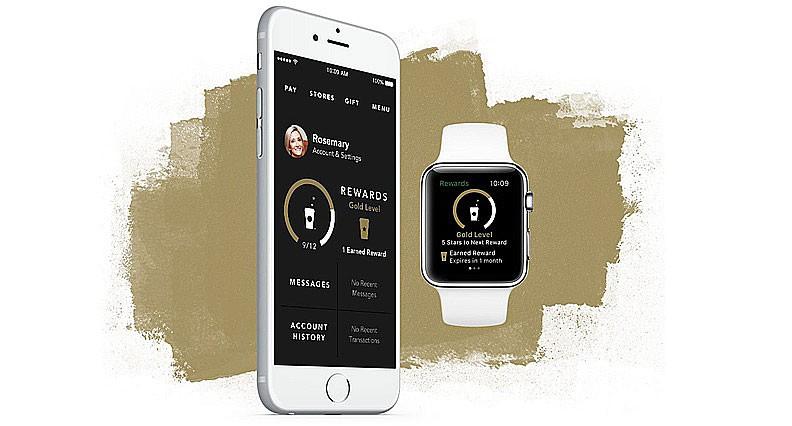 It’s time to scan in! Have a peek at the Starbucks app on the app store for all Apple mobile devices right this minute.

Don’t forget to follow along with Chris Davies as he presents his Apple Watch Diary over the coming days – and perhaps weeks, months, and years! 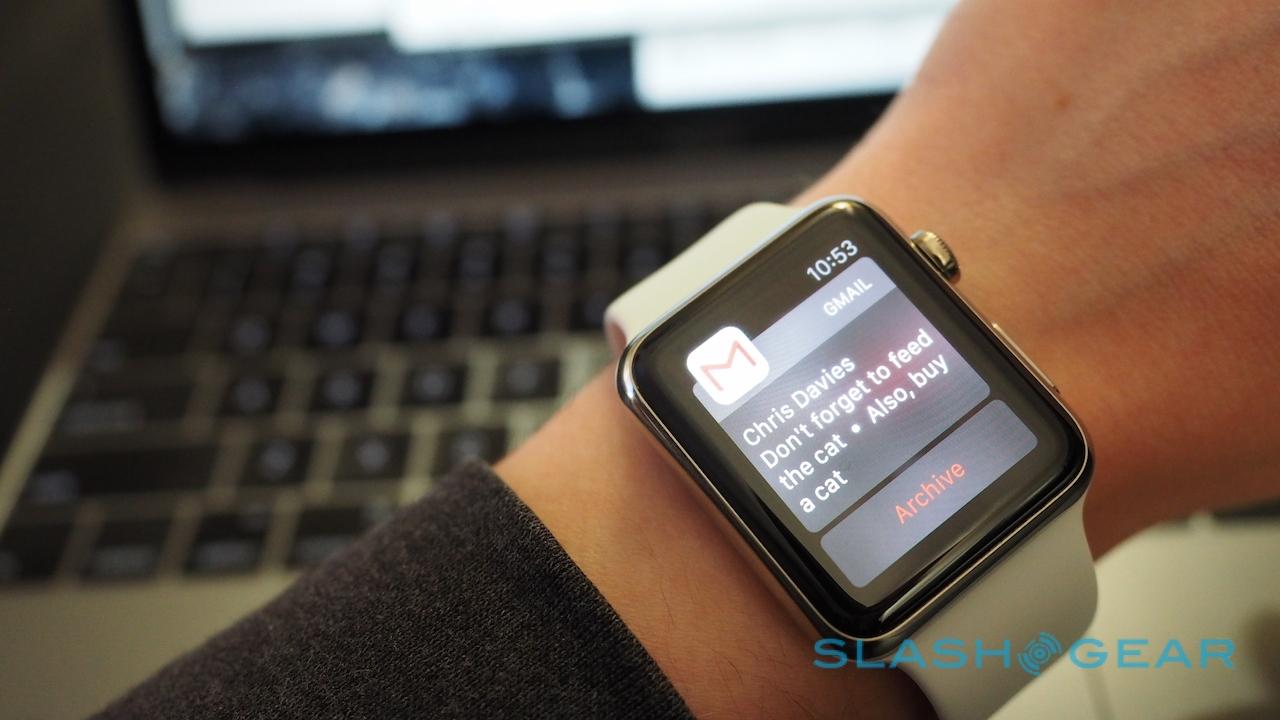 Above you’ll see the Apple Watch in action on Chris Davies’ wrist.

Below you’ll see some other essential bits and pieces to this Apple Watch soup, from “if” to “why” to “when”.