Aston Martin has taken its V12 Speedster prototype out on the road, and if you weren’t excited at the idea of a super-exclusive windshield-free roadster before, seeing it in action could well change your mind. Only 88 of the limited-edition rides will be built, borrowing hardware from the DBS Superleggera and Vantage lines and weaving it into a unique platform.

The result is, frankly, astonishing. Clearly an Aston Martin, from the gaping grille back to the shapely rear spoiler, yet unique even among the automaker’s own range.

The chassis is almost entirely made of carbon fiber, with a curvaceous body that takes inspiration as much from aeronautical design, Aston Martin says, as it does from its legendary race cars. At the front, there’s no shortage of cooling for the 5.2-liter twin-turbo V12 engine, which the automaker says can deliver 700 horsepower and 555 lb-ft of torque. The design – in particular the hood nostril – also helped make sure there was enough physical space for the V12, too. 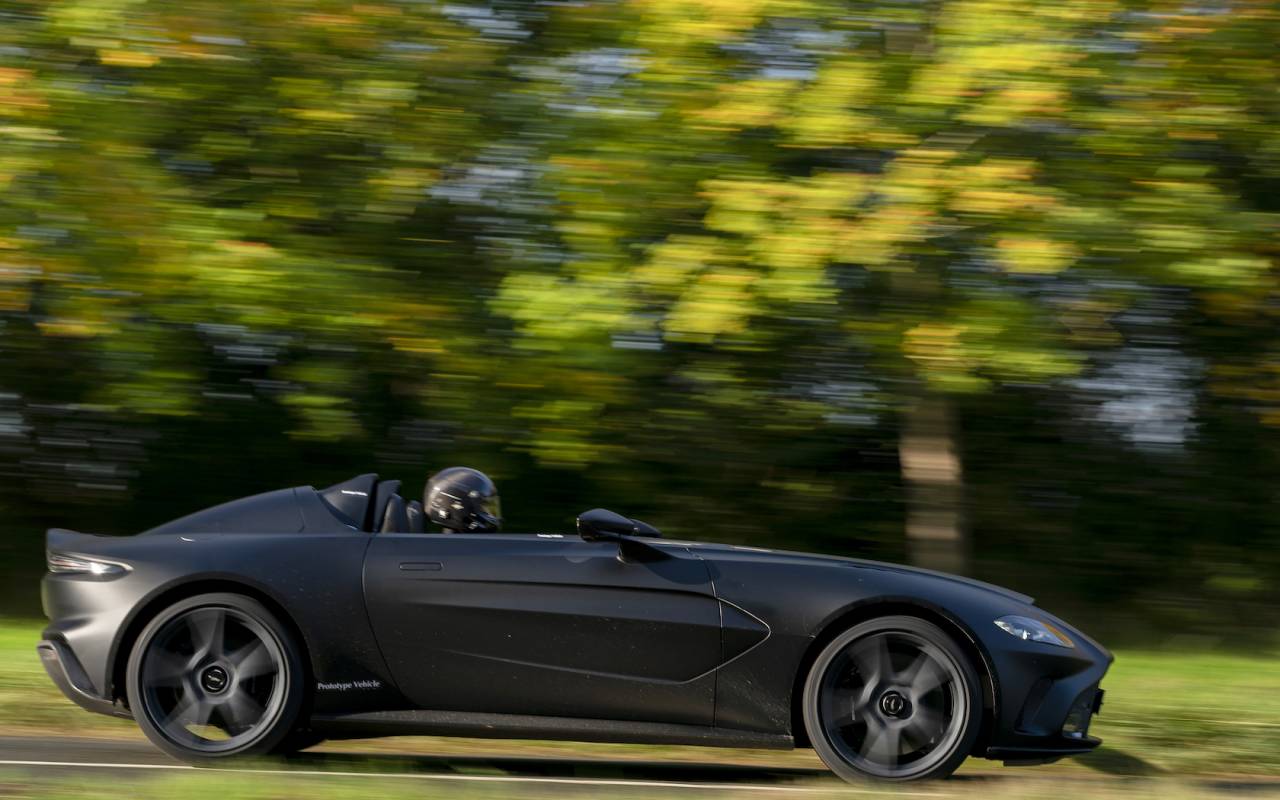 No windshield stands in the way of its soundtrack, either, hence the helmet on the lucky test-driver. All the better to avoid road shrapnel when you’re doing 0-62 mph in 3.5 seconds, and a limited top speed of 186 mph. 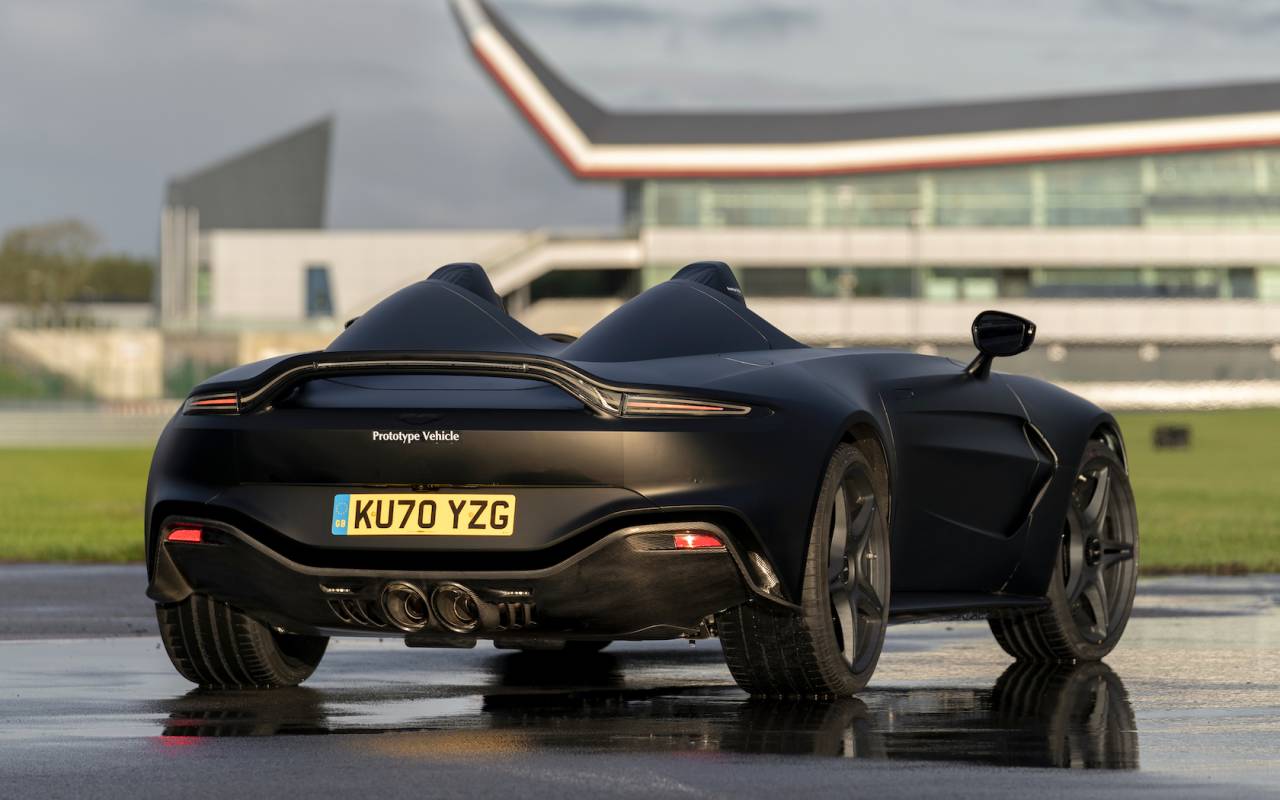 At the rear, the way the lamps are integrated into the spoiler are a particularly pleasing detail. It balances out the mirror-image lower diffuser, through which a pair of tailpipes emerge like rifle barrels. Aston Martin says the bespoke stainless-steel system was crafted with a “characterful sound” in mind. Everything is built by hand, hence the super-limited production numbers and the sticker price not far shy of a million dollars apiece. 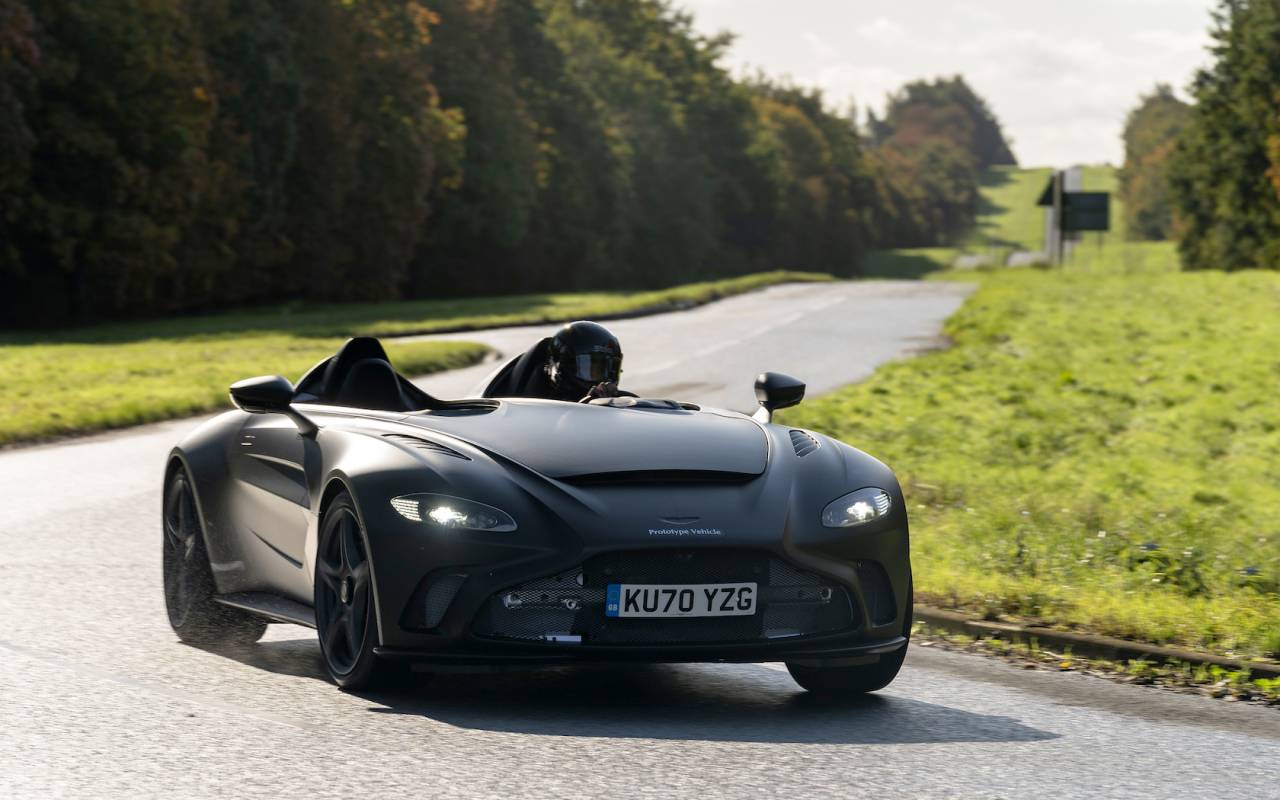 Inside, there’s a mixture of exposed carbon fiber along with machined aluminum, black leather and matching technical textile, and red Aston Martin door pulls. Satin dark chrome adorns the dashboard, where – unlike in some stripped-out premium racers – there’s no grand sacrifice in technology and creature comforts. You still get an infotainment system with a sizable display, HVAC, and a multifunction steering wheel, albeit one with chunks of real carbon fiber embedded. 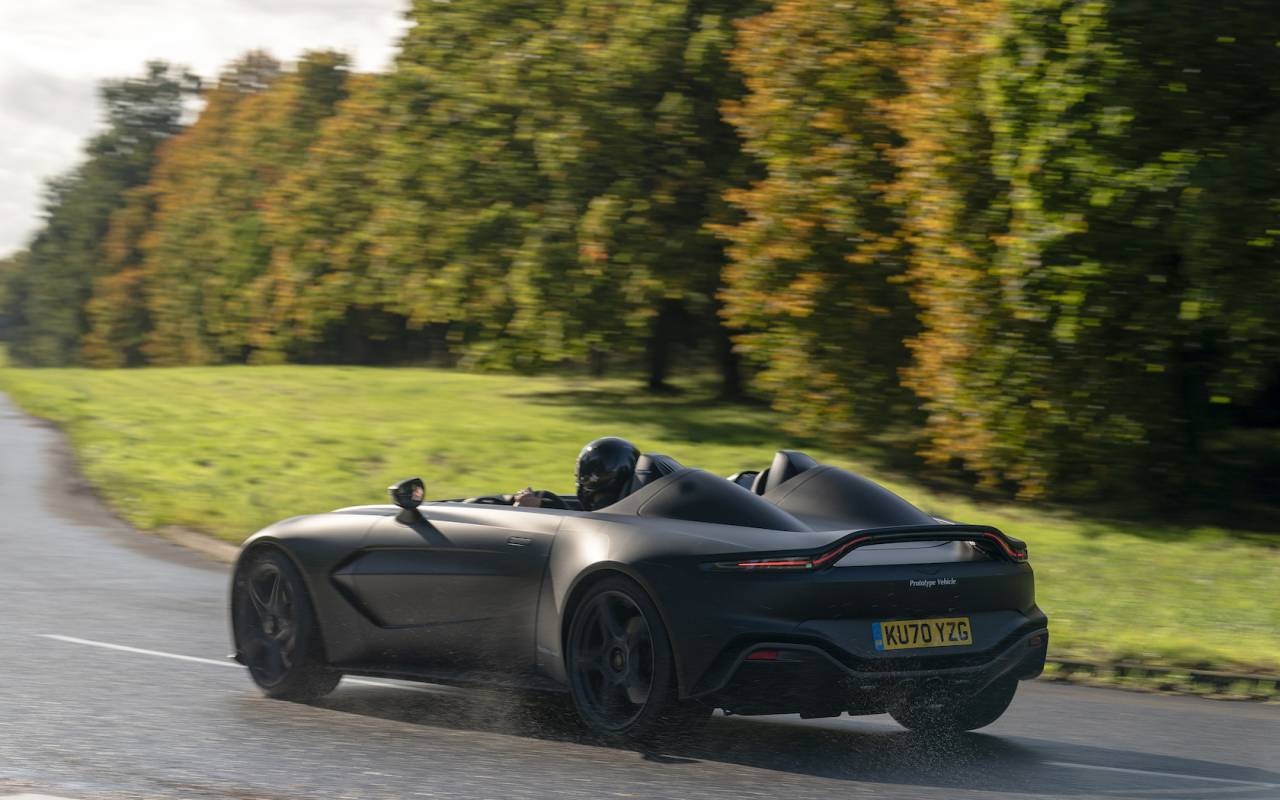 The first prototype V12 Speedster is being used out on the roads of Gaydon, near Aston Martin’s facility in the UK. It’s the first step before dynamic development can start up in earnest, when the open-top gets to prove just how much it can actually deliver on the street and at the track. 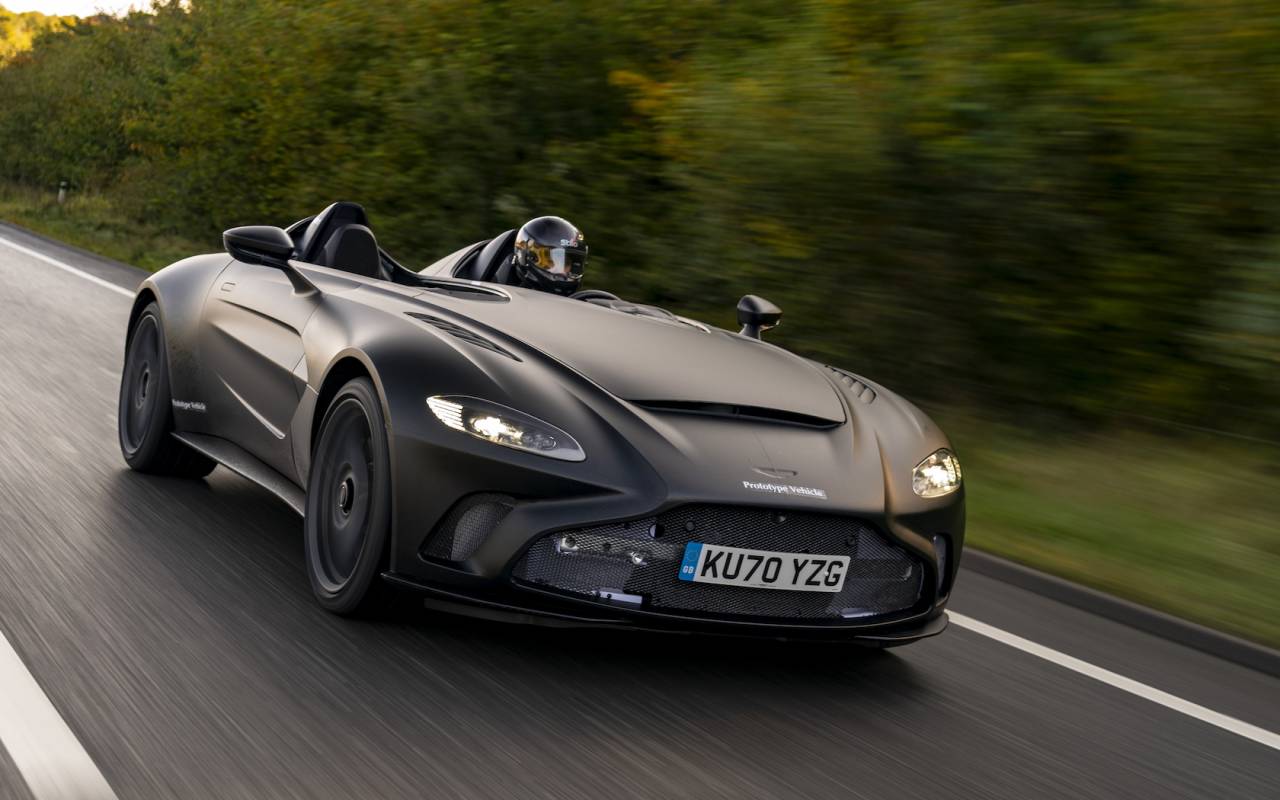 Deliveries of the first customer-ordered V12 Speedster cars are expected to begin from Q1 2021.