Apple Watch app Deadline tells its wearer when they’ll die, suggests ways that they might extend their life. Like that episode of The IT Crowd, there are mathematically sound ways in which you can figure out how long you’ll live. There are also ways to extend your expected lifespan, and this Apple Watch app knows those ways. As such, this particular app is very, very popular with new Apple Watch wearers. What better way to fully enjoy your new purchase than to find out when you’re going to die?

The full name of this app is “Deadline – Watch your Life, Make it Count” and it comes with an ominous crow as its very depressing icon. This app does not 100% accurately predict your lifespan, but it does suggest that it’ll get it at least a little bit right.

NOTE: The image above uses the icon from this app, but does not necessarily reflect the presentation of the app as imagined by the developer. In other words – this is just an illustration, the app in the real world looks different.

Below you’ll see a couple of screenshots from the app. 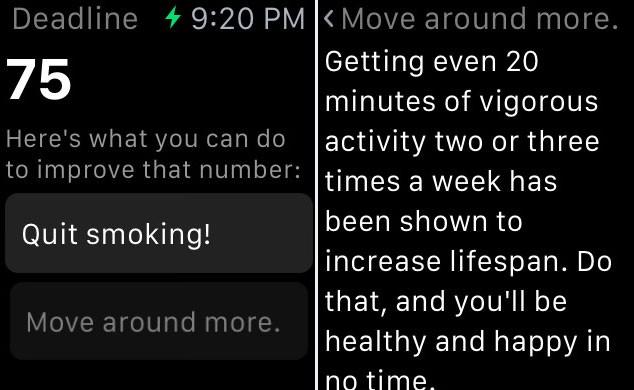 Using statistical information to shown an estimated age, Deadline for Apple Watch aims to motivate users to be healthier.

And get out and do stuff.

Whenever you exercise, Deadline uses Health data from the Apple Watch and extends your life expectancy. In the watch app. Not in real life, because – again – this app isn’t a prophet or a magician.

All it does is ask you to become better at keeping yourself alive.

You can also figure out the expected “Deadline” of a friend and share with them with a link to the app, as well. 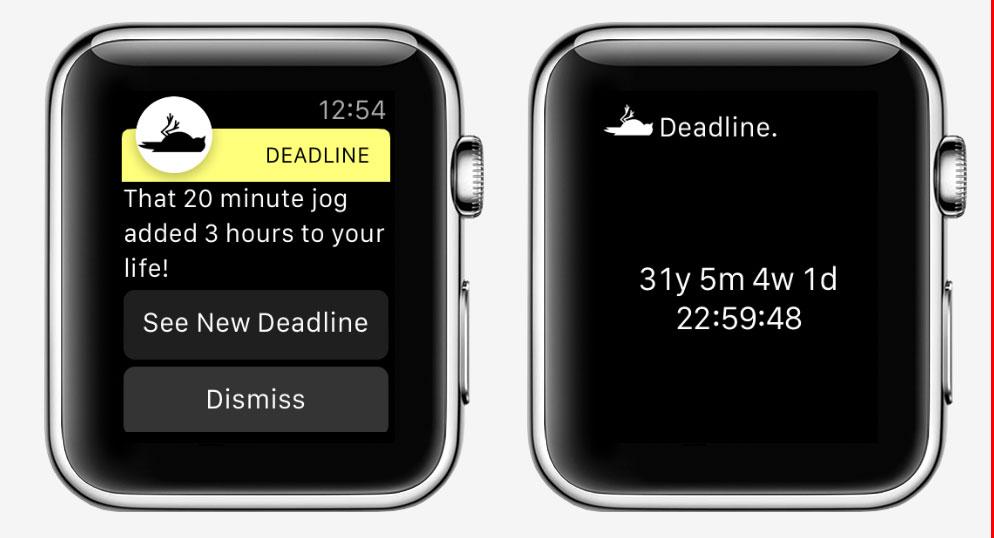 “It’s still early, but I’ve had quite a few people give me feedback on it,” said Alaric Cole, developer of this app.

“[They’ve said] that it is a far better motivator than any other health app they’ve used. I think it works for a certain type of person, and just freaks other people out or strikes them as a gimmick.”

“No Subway’s Jared style of weight loss yet, though it has sparked me to jog a lot more.”

This app is free in the iTunes app store right this minute with some in-app purchases, like sending your friend a holiday greeting card with their death age on it. 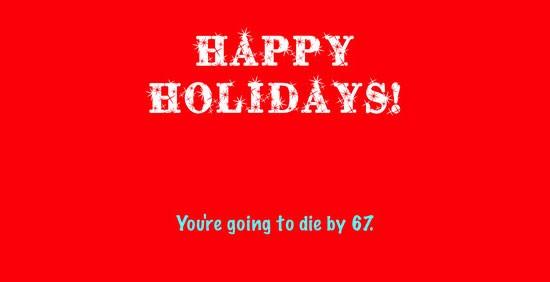 Will this app be coming to Android Wear devices? According to the developer of this app, “Of course! I’d love to be able to tweak the app on a more open environment like the Google Play store.”