The Apple Car is more than just four wheels, and iPhone is the key

Apple isn’t going to make car innovation faster when it’s already slowed mobile device market disruption to a crawl. The newest round of rumors on Apple’s dealings with the auto industry got me thinking. Apple hasn’t become one of the world’s most successful companies over the past 10 years by entering saturated markets. Barring any sort of device we’ve seen before, I’m crossing my fingers that Apple has the next big market disruptor in the pipeline and coming soon.

The past couple of years have taught us that the vast majority of smartphone makers have come to terms with Apple’s dominance in the field. These companies aren’t giving up on making their own smartphone to compete, but instead taking Apple’s lead in marketing, sales, and even industrial design. This is smartphone singularity, and we’re well on our way there right now.

The auto industry has been in a state of slow change for decades. A vehicle costs many thousands of dollars, and isn’t something an average citizen buys every year. The rate at which we generally buy new cars is several smartphone lifetimes long.

Apple’s been playing the long game with smartphones for several generations. From the start, it seems, they’ve realized that once a smartphone needs to be replaced, the user will look for something familiar. If they have the option of buying a device with the same controls as before, with features either new or improved over their last device, they’ll want it.

What I hope Apple is preparing to do is reveal a third option for the crowd they do not address. The consumer that wants radical change, not just incremental change. I am one of those types of consumers.

For most consumers, a device as personal to them as a smartphone needs to be as familiar as possible. For everyone who went out to buy an iPhone the first day the first iPhone was available, I hope Apple makes something different. Something unfamiliar and new. Not just a new model car that now has a different type of headlight, but a whole new type of transportation.

Imagine if Apple began their journey toward a self-driving vehicle with a set of services and products that made cars like iPhones. When I buy a new iPhone, I know that I remain inside a protected trust zone – I trust Apple. I trust the apps I use to continue to work, and I trust that Apple will be able to fix my phone if it breaks.

There is a bit more upkeep involved when it comes to automobiles, and Apple recognizes that. They recently hit a roadblock in the already-established world of big brands in the automobile industry. This isn’t an industry that’s easily disrupted.

Apple’s job is to find what isn’t being done for personalized transport – and do it. I believe this will have something to do with how much work goes into keeping a car in nice, clean, working condition. When Apple made the iPhone, they made the smartphone experience intuitive. While software was more complicated for older generations, hardware (on the inside, at least) became simpler.

Through the use of advanced in-car computer processing and a familiar set of user controls, Apple will disrupt the auto industry. This may not come in the form of a full automobile, but as a component that every driver will want.

Apple doesn’t even need to make a product that’s largely different from what Automatic offers now. Using the OBT-II port included in every modern vehicle, Apple could create something as simple as an onboard diagnostics reader that connects with the iPhone with great ease. Include a pop-out Lightning plug to sync with the iPhone once, include onboard memory so the device remembers what it’s synced with, and plug the device in to the OBT-II port. 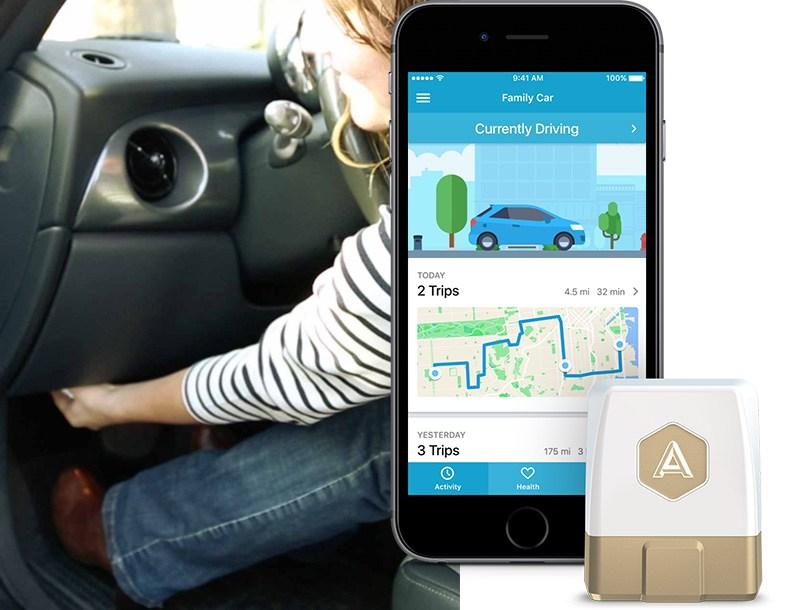 Once active, this new Apple Car device could provide the iPhone user with all the information they need to enter a whole new category of apps. That’s the object of this game, after all – keeping users in the Apple ecosystem. Once the information available through the OBT-II port is harnessed, Apple would have access to a largely untapped market of the gamification of car ownership.

Keeping one’s vehicle healthy could become as important to an iPhone owner as keeping their own body healthy. And while that isn’t largely valuable to many people on its own, activity trackers and Apple’s own interest in Health for the masses makes it a priority.

Apple could also present the Car device as another avenue through which car manufacturers, dealers, and service companies could earn revenue on a monthly basis. In exchange for a monthly fee, these companies could offer all of the various services that would otherwise be the responsibility of the driver.

Apple would get a cut of the cost each month as it does with subscriptions to various media apps on the App Store now. User trends toward streaming services like Spotify and Netflix could easily translate to automatic automotive care and upkeep. This would be especially attractive to car companies once a car’s loan has been paid off.

If Apple is able to make car upkeep as desirable as personal vehicle ownership, the industry could be transformed.

Apple’s entry into the automotive industry could be as easy as making a plug that fits in the palm of your hand. Apple’s software developer connections, established user base, and powers in marketing would make users need that plug in short order.

This could also be just the first step in this industry for Apple. The Apple Car plug could be just one component in a larger ecosystem of iPhone and Apple Watch and Apple Pay-compatible transportation services. If Apple could bring the same smooth user-experience as it does with apps and updates to the car ownership experience, it could be huge.